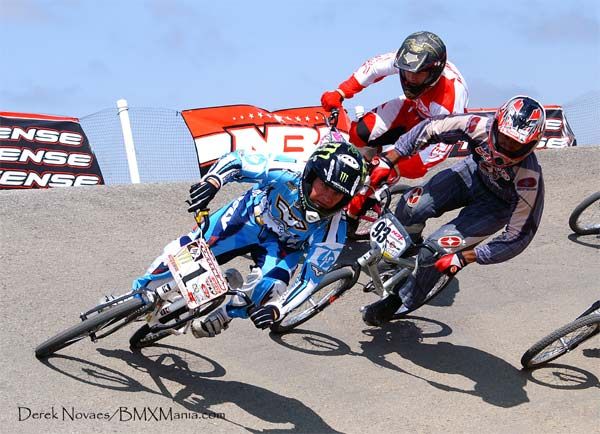 Go211.com, the premier action sports social networking and online video share site, is proud to announce that BMX superstar Donny Robinson has joined the Go211 professional team. Robinson, will make Go211.com the home to all of his unique content including interviews, tips, videos and pictures, as well as his general communications with fans. The partnership between Go211.com and Robinson comes at an exciting time, as BMX will make its Olympic debut next summer at the 2008 Olympics in Beijing, China.
Robinson, who is already considered a gold medal contender, will showcase his preparations for the Olympics over the next 12 months providing fans with the opportunity to witness what it takes to become an Olympic athlete.

Growing up in Napa, California, 24-year-old Robinson first began competing in local BMX competitions at the age of six. Robinson was always the smallest rider in all his classes. Having been told that he couldn’t succeed in the sport, Robinson possessed the drive and determination to prove his critics wrong. These traits led to him having an extremely successful amateur career, including winning multiple junior titles. Robinson turned pro in 2002 and has since carved his "dR" initials as one of the best BMX riders in the world.

“I’m excited to be part of a team that’s represented by some of the best and most respected athletes and Olympians in action sports,” said Robinson of joining the Go211 Pro Team, “I look forward to showcasing BMX on the site and interacting with the Go211 community.”

Among his highlights in 2006 alone, Robinson was the #1 Rider in the NBL National Pro Series, ABA National Pro Cruiser Series, UCI BMX Supercross Series, UCI/NBL North American Ranking Series, as well as the UCI Elite Men’s Cruiser World Champion, Ride Magazine’s NORA Cup Racer of the Year, and the ABA’s Golden Crank Racer of the Year. In 2007, Donny recently became the USAC Elite Men’s US National Champion. Robinson’s current goal is to win a Gold Medal in the 2008 Beijing Olympics.

“We’re thrilled with having Donny be part of the professional team on Go211.com,” said Sean M. Aruda, CEO of Go211.com, “We look forward to sharing in his journey as he prepares for the 2008 Olympics in Beijing."


Go211.com is the leading community and video site for lifestyle sports created by and for action sports athletes and enthusiasts. It’s the place to hang with the Pros and friends to get behind-the-scenes video, blogs, photos and podcasts from featured contributors along with other action sports fans. Go211.com offers a broad range of exclusive content submitted directly from the athletes. The current Go211 Pro Team roster includes Jamie Bestwick, Danny Kass, Jeremy Jones, Christian Hosoi, Ross Powers, Seth Wescott and Kelly Clark, among others.