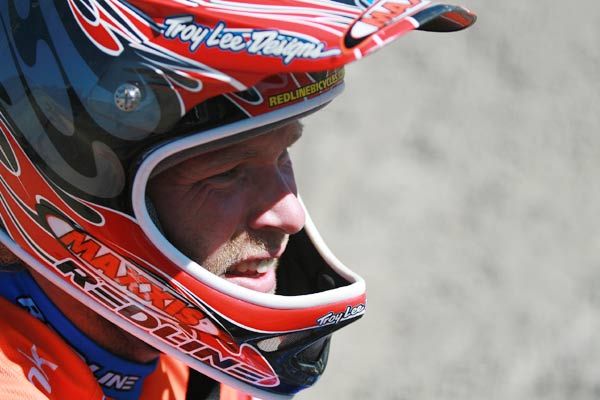 -For how long have you been living in California?
I moved to America in 2001. So that will be 7 years total and still counting. 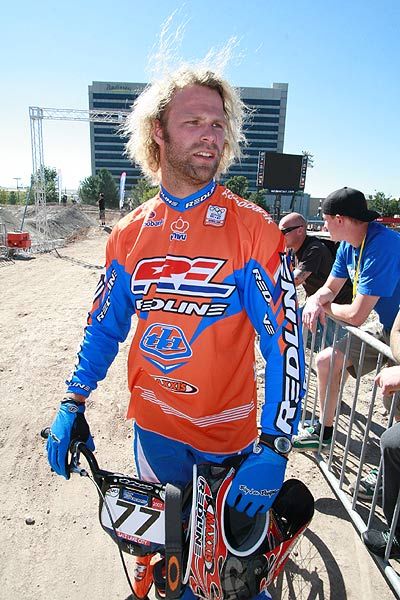 -On the UCI front 2007 was another good year. Are you happy how things worked out?
Not really. The UCI worlds didn’t go the way I wanted it to and I didn’t win a UCI SX race either. That bummed me out a lot. But I’m very happy with my overall SX title though. You can’t have it all I guess.

-Has focus for you changed from the NBL/ABA to the UCI and the Olympics?
Slowly but surely it did. You don’t get too many chances to win an Olympic medal. In my situation I might only get one chance to go to the Olympics, so I better make this one count. To be honest racing all the UCI, NBL and ABA events will be too much for me. 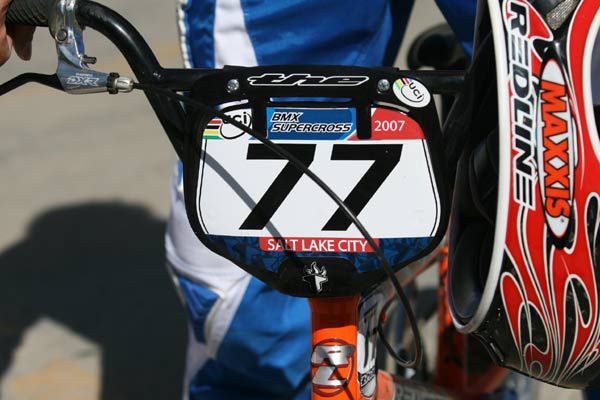 -The Dutch national BMX team is doing really well. You live in the USA, how does that work out as far as training goes?
Bas de Bever (Dutch team Coach) sends me a training program about every week. Most of the time the program explains it self, but if I have any questions, I just give him a call.

-How was Beijing when you visited it this summer?
It was great. I like going to different countries. I like to sight see as much as I can when I go to a country where I never been yet. The great wall was awesome. There was a lot of smog but it didn’t give me any problems breathing. 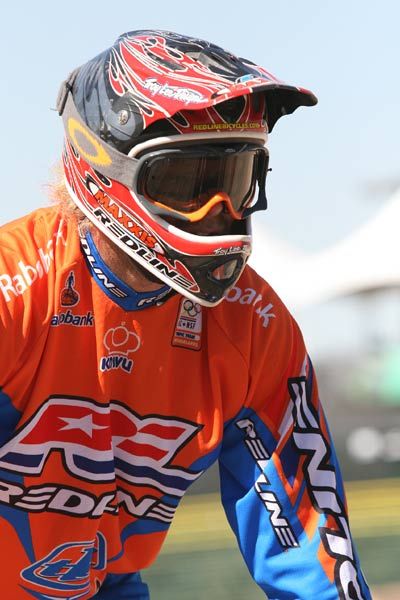 -How often do you ride that Olympic track in your mind?
Not much at the moment, but that will change when I get closer to the Olympics.

-The 2008 World's are in China, is that a race you want to peak at or is all focus on the Olympic Games?
I’m trying to peak at the Olympics but I still want to win at the UCI Worlds. We will see what will happen in China.

-Who do you see as your main competition on a SX style track?
Myself. There are a lot of guys that can win at a SX track and the SX race in Frejus, France is a good 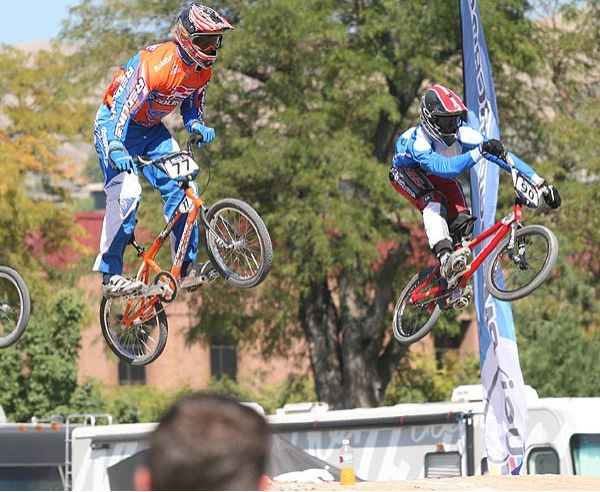 -Do you practice with these riders on a regular basis or have things changed now that you are "the Dutch guy" and you can't practice with "Team U.S.A."?
I never really trained with somebody in America. I prefer to train by myself. But I’m starting to feel a bit competition between countries and America is not the only country. Not in a bad way, but in a good way. Good competitiveness never hurts. 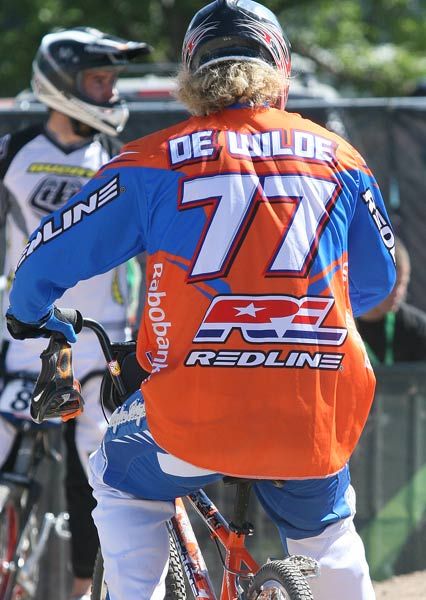 -Do you think things have changed for the better having national coaches, physio's, mechanics, bobo's etc.?
Yes and no. The support for the National team is awesome, don’t get me wrong. Where was the support when I was 20 years old, dang it. BMX deserves it, don’t get me wrong, but I’m starting to feel that we are losing the “underground” status a bit. Some things are just too official for BMX and I don’t like it. It’s part of the transition BMX is going through. 5 Years from now nobody knows how BMX was like, back in the day. 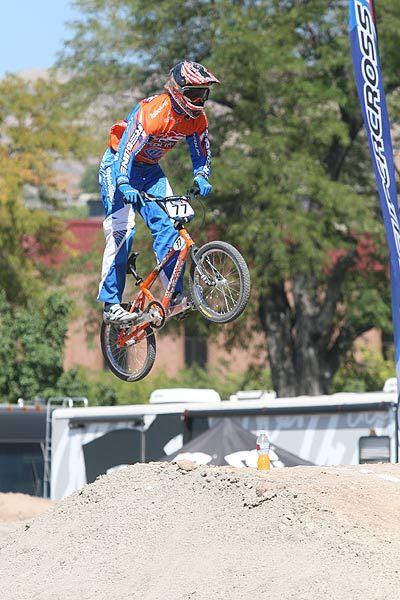 -Do you feel that BMX teams are hurting in the UCI circuit where you have to wear your national jersey instead of a team jersey with all team's or rider's co-sponsors on it?
Yes and no again. It sucks sometimes that you can’t put all your personal sponsors on your jersey. But in the Netherlands you get a lot of things in return. I’m lucky enough to have a lot of personal sponsors, who are at the same time, sponsors of the National team. 2-3 Years ago I was struggling to make a living, but now with the National team I can do the things again that I need to be doing to be the best. It’s part of the transition and you can’t get around, but people will find ways to make it work. They always will. 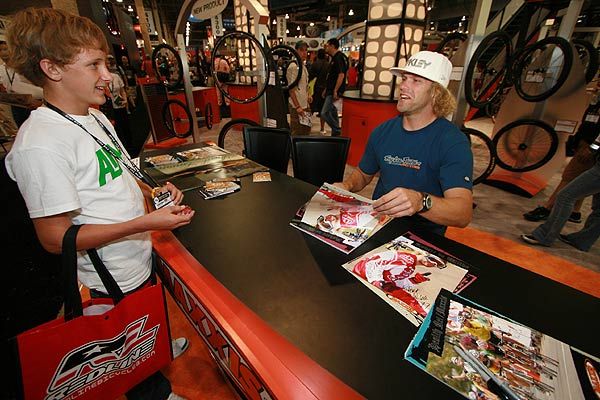 -Who are the sponsors of the national team?
Redline Bicycles, Troy Lee Designs, Rabobank, Shimano, KNWU and the NOC-NSF.

-How is living in California?
AWESOME!!!!!

-When are you coming back home?
It’s starting to look we are going to stay in America. At first we wanted to go back home again. But we have been living in America for a while now and we like it here a lot, so I think we will stay. Weather is too nice.
Tweet

More in this category: « Friday Race of Champions at ABA Grands. Pro results. ABA Grands thriller »
back to top