BMX Race Riders Emerge as Ones to Watch Leading Into Beijing 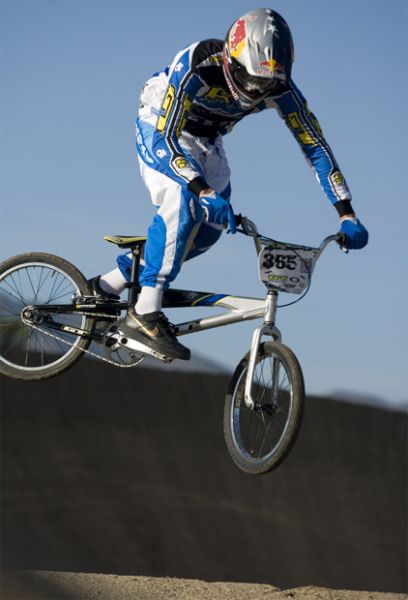 With the Olympic Games in Beijing only two months away, the excitement for the debut of BMX Race is mounting daily. Among a strong group of contenders from both the men’s and women’s sides, two riders have emerged as the ones to watch as the US Team chases its dreams of Olympic Gold. For the men, the rider to watch is Mike Day. With a string of successes over the last three years including the 2005 NBL #1 Pro, 2005 UCI Worlds 2nd Place, 2006 UCI Worlds 3rd Place, and the 2007 UCI Supercross 1st Place, Mike has been on a tear leading up to Olympic qualification. The fastest rider on Olympic style tracks, Mike has won every time trial on the UCI Supercross circuit for the last year and a half. Crediting his monster speed to his longer than average legs, Mike also clocked the fastest time of any athlete on the Beijing Supercross track during last year's test races. To say he has an advantage there would be an understatement.

GT BMX Race Team Manager Eric Rupe had this to say about
Mike, "Hands down, Mike Day is the best rider in BMX racing today. He makes it look so easy and effortless, as if he's just play riding. Nobody can match his skill... NOBODY." 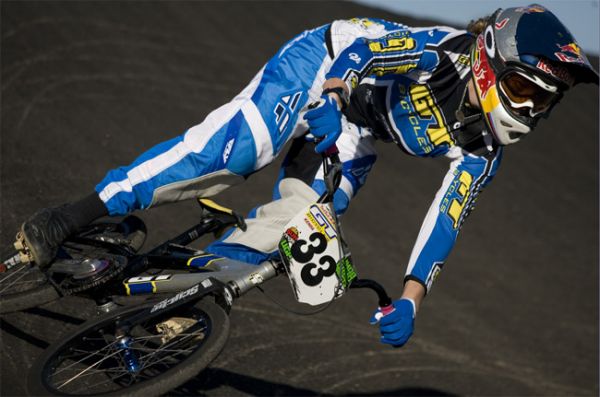 On the women’s side, the clear favorite is Jill Kintner. Beginning at the age of 14, Jill dominated race after race until she presided over an empire that included more than 70 race wins, the NBL National Series pro title and the 2002 ABA World Championship crown. She then gave up BMX to switch to Mountain Bikes. After an amazing stint as the best female Mountaincross rider in the world, Jill returned to BMX upon learning that it would be included in the Olympics.

"The most impressive thing about Jill is her fearlessness and willingness to be aggressive on the track. If she's not out front, it’s only a matter of time before she makes the moves to get there," says Rupe.

More in this category: « ABA race report and standings after the Spring Nationals in Albuquerque, NM. UCI Worlds In Taiyuan, China. Challenge Class winners. »
back to top