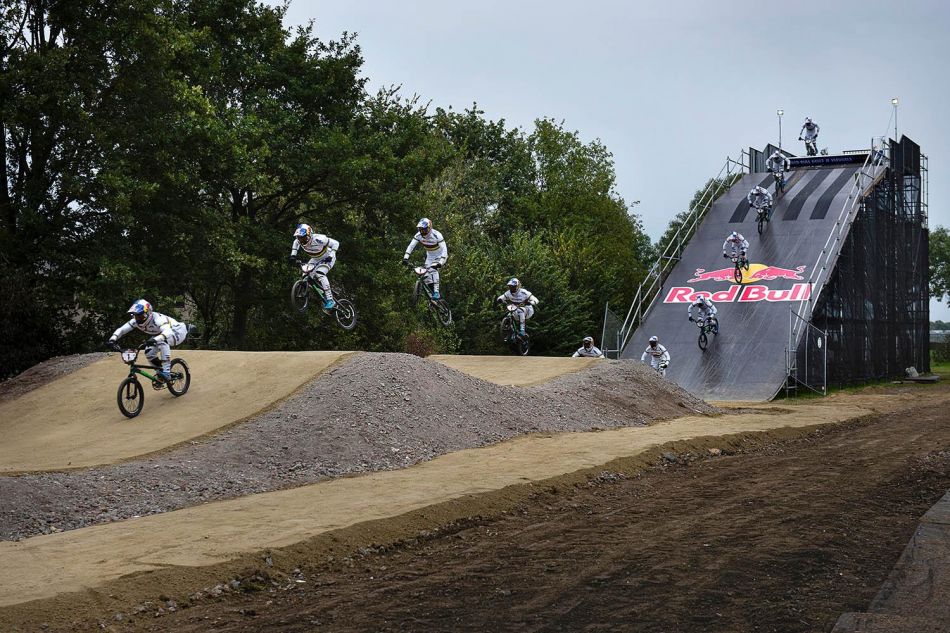 BMX world champion Twan van Gendt now has his own replica of Tokyo's Olympic BMX track. In Ammerzoden, where he made his first meters on the BMX as a 4-year-old, Twan built an identical part of the Olympic track together with Red Bull. Twan van Gendt became world champion in Belgium last year, because he left all his competitors behind from the start. That was because he could often train on the track at the time. To have a chance to win a gold medal in Tokyo at the Olympic Games, Twan actually wanted this again: “I know I have to make the difference at the start and the first two jumps, that's my strength. And when Red Bull asked me how they could help me, I said: with my start. Together we came up with the idea of ​​rebuilding this track, so that I can perfect that first part in the coming months. ” 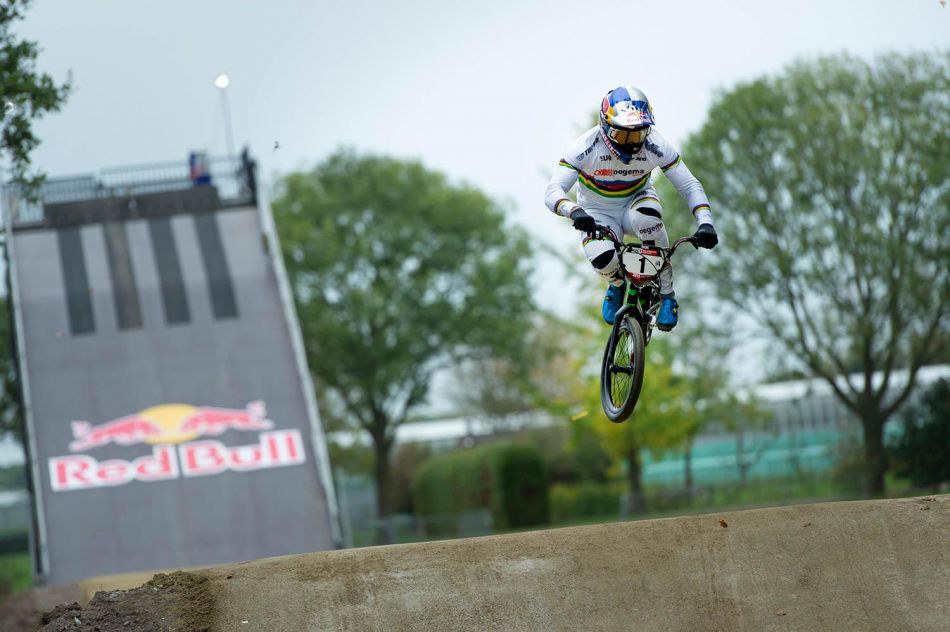 In 2018, Twan van Gendt decided to go his own way. He left the national team at Papendal and has since been training with a new coach Martijn Jaspers. As a result, Twan can no longer train so much at Papendal, which makes this new project even better for him.

The track in Ammerzoden has the official starting hill of 8 meters high and exactly the first 125 meter long straight to the first corner, as the track in Tokyo will soon be. In BMX race, 8 riders start side by side. At a speed of 65 km / h they then simultaneously ride towards the first jumps. And at the runway in Tokyo, Twan thinks there are two ways to approach it.

“There are two ways to ride the first jump. I want to see whether I can find a different technique in the coming months, with which I do not jump, but actually keep in constant contact with the track and thus 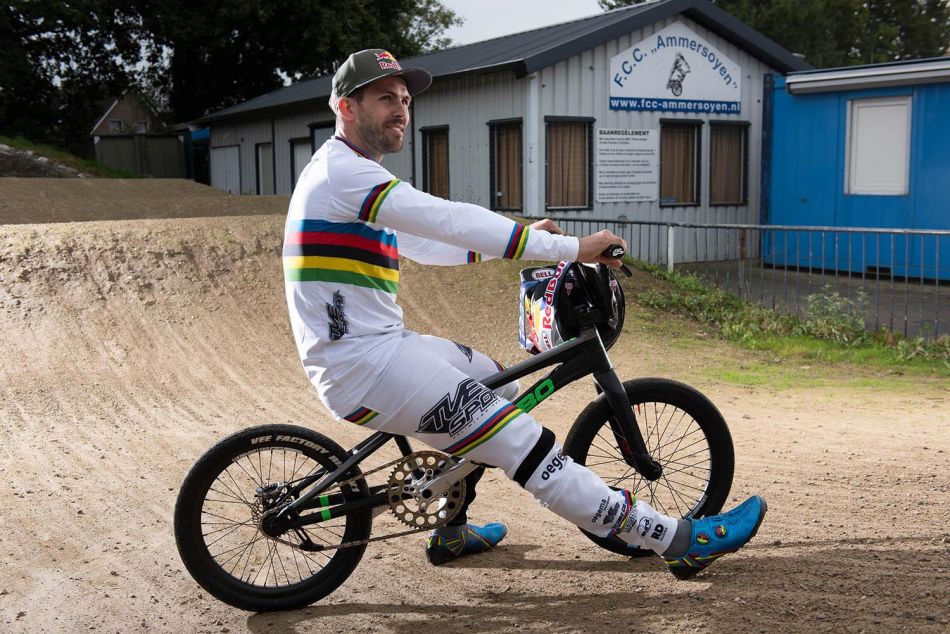 make extra speed instead of slowing down ”, says Van Gendt

A nice detail is that it all started for Twan in Ammerzoden. “Here I rode a BMX bike for the first time when I was four. So I think it's great that I can now work on my dream precisely in this place. ”

The municipality can only applaud and support the fact that Maasdriel is producing a world champion with Olympic ambitions. Alderman Erik van Hoften of the municipality of Maasdriel proudly explains: “Twan van Gendt made his first meters on the BMX about a quarter of a century ago on this track in Ammerzoden. It is great that he is now training in Ammerzoden again for his Olympic dream. We are pleased that we can help Twan by helping to facilitate the replica of the Olympic starting slop 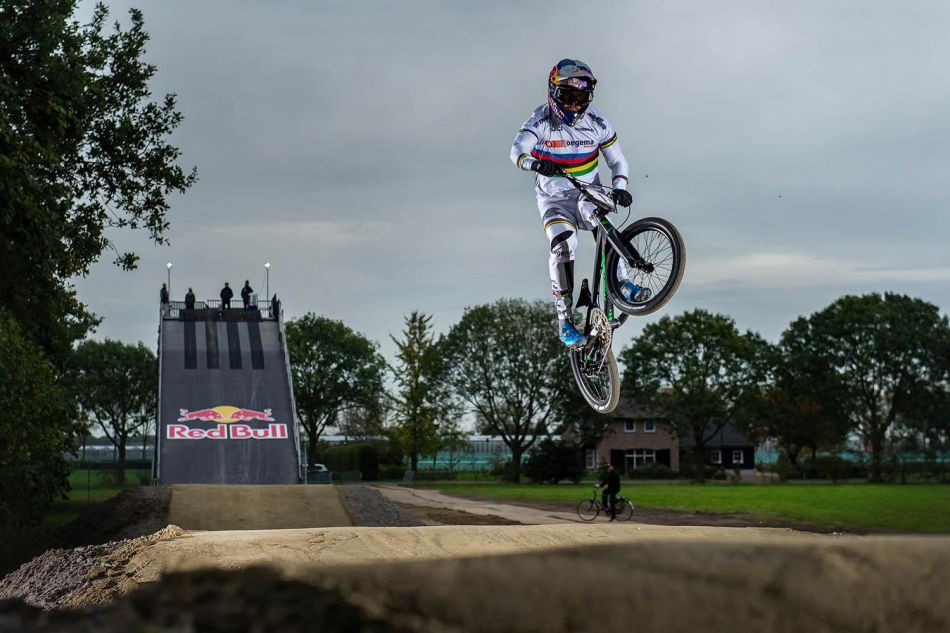 e. The 8 meter high slope was built in just a week. The starting hill is cordoned off and only accessible with the guidance of Twan van Gendt. Safety is of the utmost importance to us, although Twan van Gendt is allowed to make the track "unsafe" as often as necessary. We wish him the best of luck on his way to Tokyo. ”

Twan van Gendt also hopes that the track will inspire local youth. “It would be great if this job provided an extra boost for upcoming talents and inspires them. In the first instance it is my training job of course. But I also want to see how we can share this with other BMX riders. Because it is a shame to keep such a great job just for myself ”, says Van Gendt.

More in this category: « Red Bull UCI Pump Track World Championships: LISBON QUALIFIER 100% Presents the Racecraft2, Accuri2, and Strata2 by 100% - The Spirit of Racing »
back to top