Almost back! The Felicia Stancil interview. 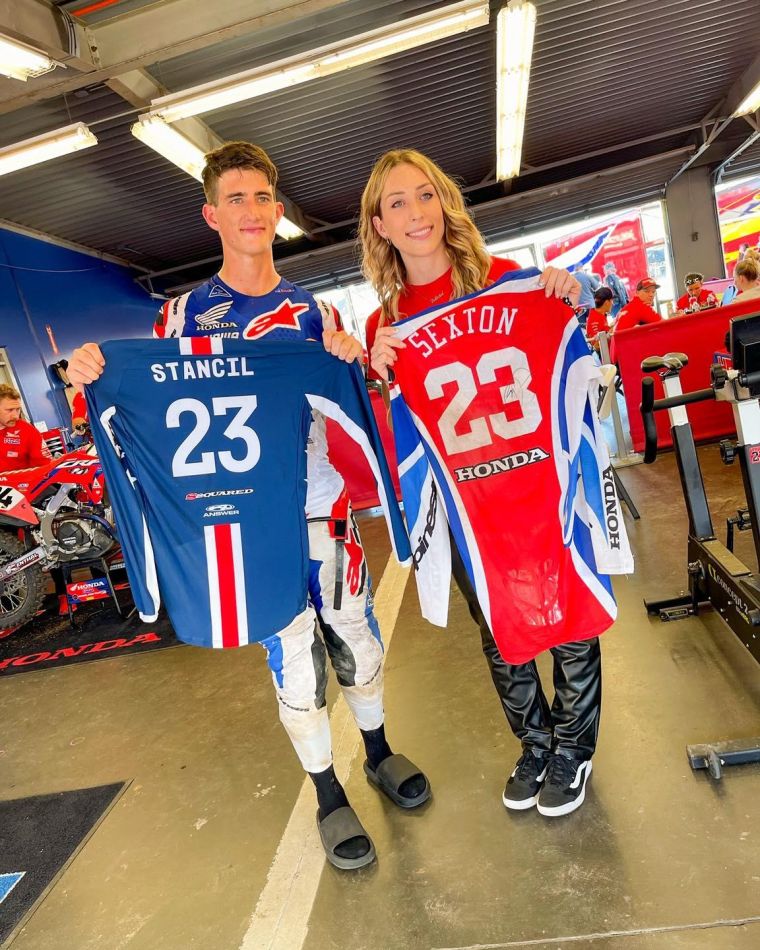 When was the first year you got yourself a BMX license to race?
Felicia Stancil: 4 years old. My dad used to race BMX, so I started young!

From the very beginning was the goal for you to become an Olympian?
Felicia Stancil: In the beginning I loved BMX because I got to travel the world and met so many friends within the sport. I believe I was 13 years old when I saw BMX racing during its Olympic debut in 2008. I thought it was amazing that my sport became an Olympic sport, but it didn’t become more of a reality that I could compete on that level until I was Junior Pro racing down the 8m. Once that began, I decided to only focus on BMX since I was involved in many sports growing up.

BMX Racing has changed from your early years to now. What are the biggest changes for you? 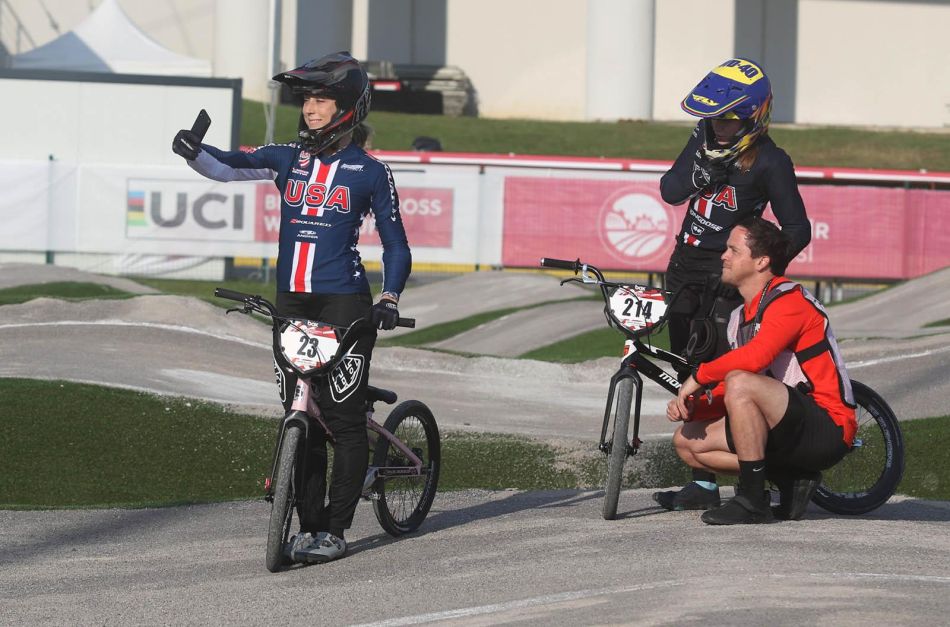 Felicia Stancil: The biggest change for me is that there is a lot more international travel and more SX tracks around the U.S. now. Somewhat similar lifestyle as I still race a lot of U.S. races and similar mindset of the day to day training since my dad had me racing international races starting at 9, which made me somewhat competitive and wanting to perform my best at a young age.

Bigger jumps, higher speed, bigger crashes. Do you generally pad up for the possible crash?
Felicia Stancil: This is a personal preference, but I’ve tried many things throughout my career, but I only like to wear elbow pads now. 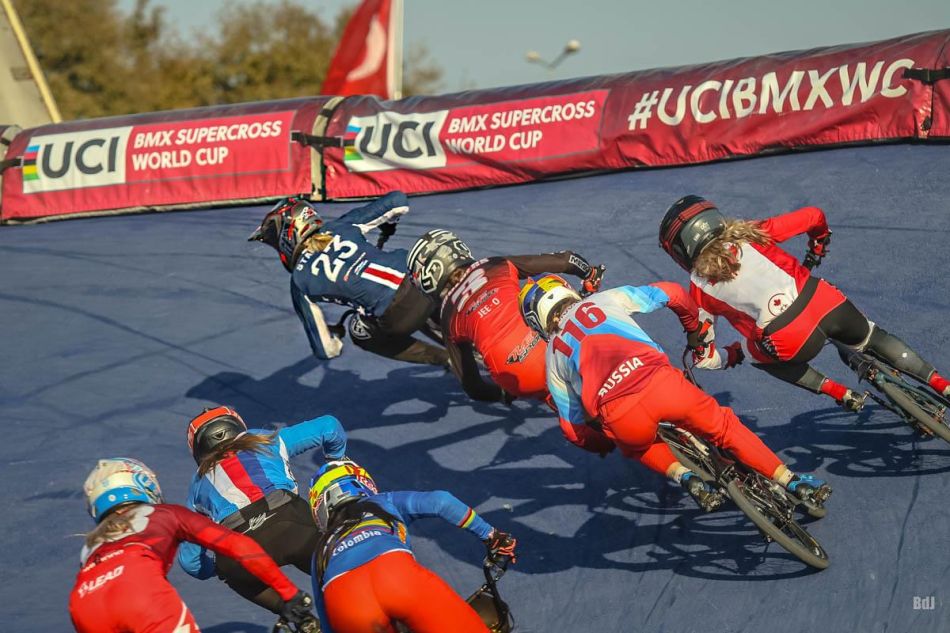 You've suffered a big injury in 2022 already, are you almost back?
Felicia Stancil: Yes! I just went down the 8 meter for the first time and it felt great. It takes 3 full months to heal from a dislocated hip, which is the longest I was taken out of the sport for. Luckily I was able to maintain most of my strength through physical therapy and everything is healed so I feel great now!

What was it like meeting Chase Sexton and watching Supercross?
Felicia Stancil: I’ve always been a big SX fan and Chase and I are both Illinois kids with the same #23, so we were planning to trade jerseys for a bit, but it was cool to finally meet him! 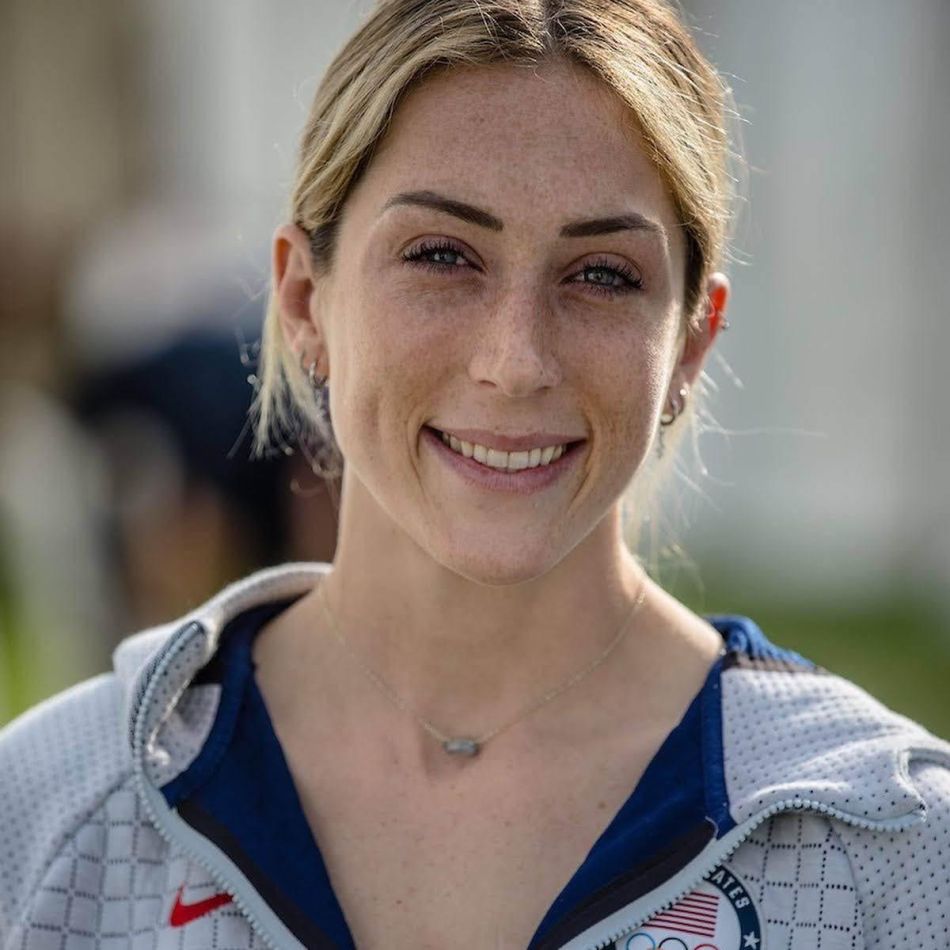 Do you believe the risk is even higher in that sport?
Felicia Stancil: I think riding smart always lessens the chance of risk and they all seem very professional on showing up prepared, but the surfaces are different. Hard to compare of which one is riskier, but both have risk.

Have you picked your next race yet?
Felicia Stancil: Tulsa will be my first race back!

What did you change on your bike for 2022?
Felicia Stancil: nothing. Exact same set up as last year. 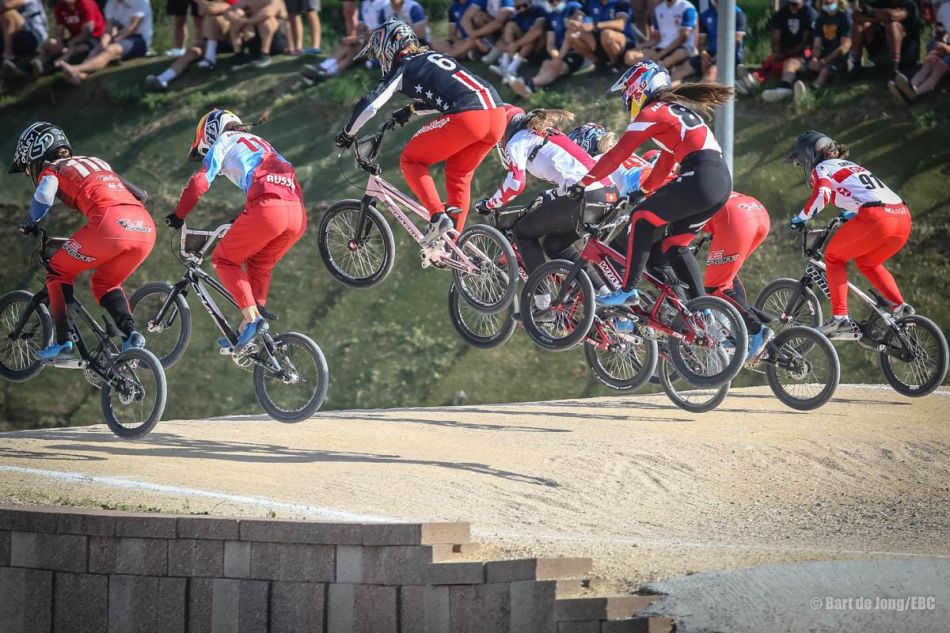 Do you generally test things in the off season like different tires, different sized frames, wider bars, longer stems, different gears?
Felicia Stancil: I’ve tested all of those things throughout my career, but I’ve learned my personal preference for my height and what I like, so no testing anytime recently. 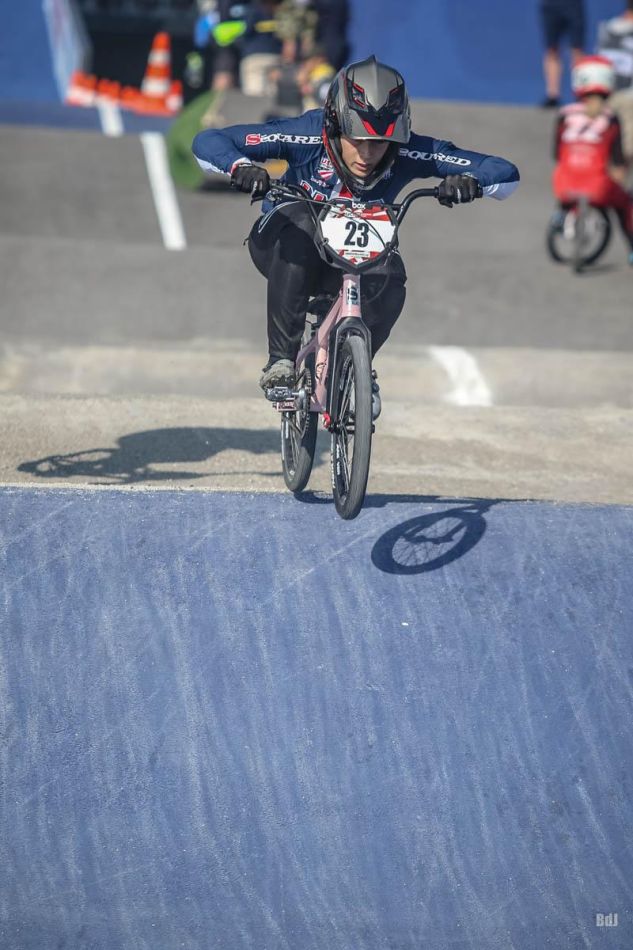 Have you worked on your endurance to go 110% on the last straight and keep Laura behind you?
Felicia Stancil: Hey now. That was only 1 track technically. Well I’ve been injured, but we will see how some races go soon!

Do you get help with mental coaching?
Felicia Stancil: yes! Not consistently, but if I am struggling with something, I do reach out for help.

What's your local BMX track that you ride the most?
Felicia Stancil: I’ve been in Tampa a lot recently, so Tampa BMX right now.

Do you ride pump tracks and trails to improve your bike handling skills?
Felicia Stancil: I have many times in the past yes! But with traveling and racing on so many different tracks during the season, they all bring a different challenge, which is refreshing and then I don’t get bored. 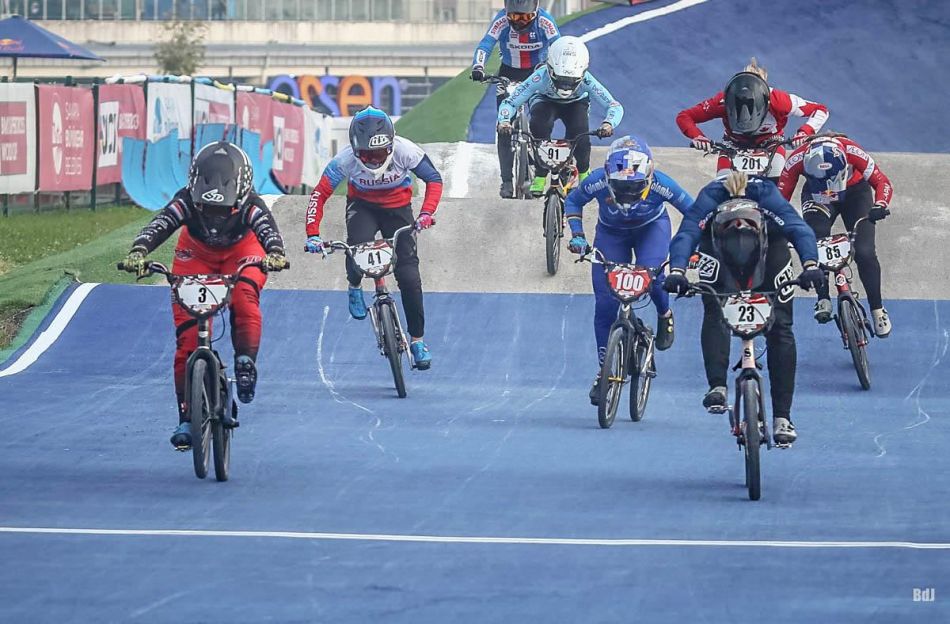 What are your strengths?
Felicia Stancil: Maybe jumping!

What are your weaknesses?
Felicia Stancil: I could always improve on a few things

What are your goals for 2022?
Felicia Stancil: Work hard, work consistent and race my best :) 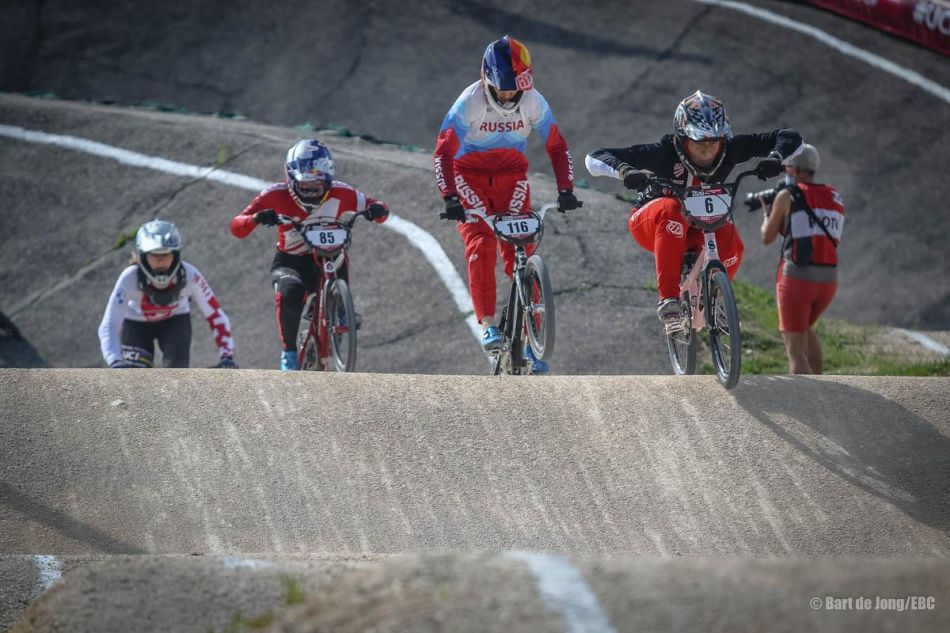 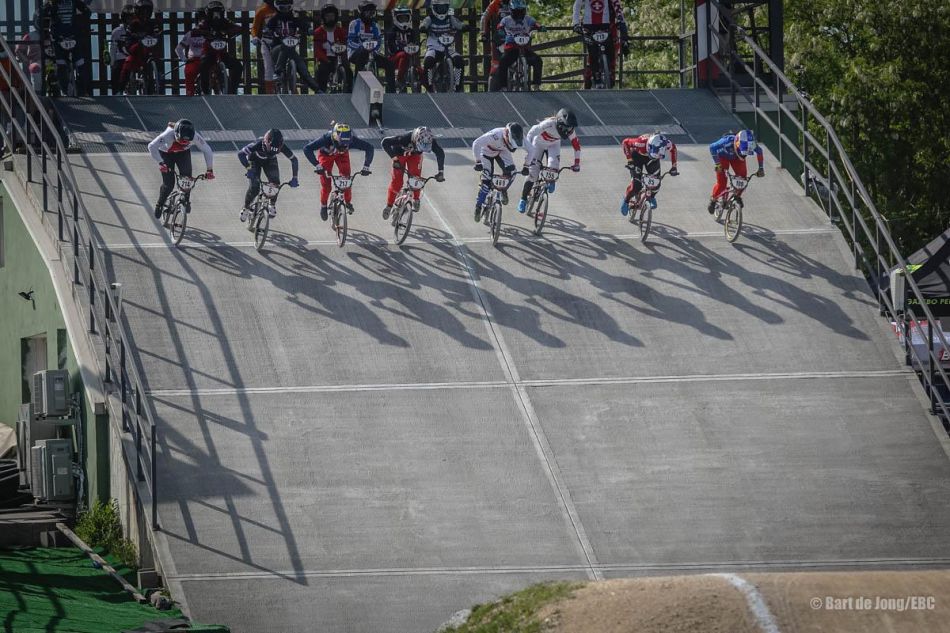 More in this category: « BMX European Cup 2022 | Zolder, Belgium by Quillan Isidore Riding BMX at the best track in the World; PAPENDAL by Mathis Ragot »
back to top