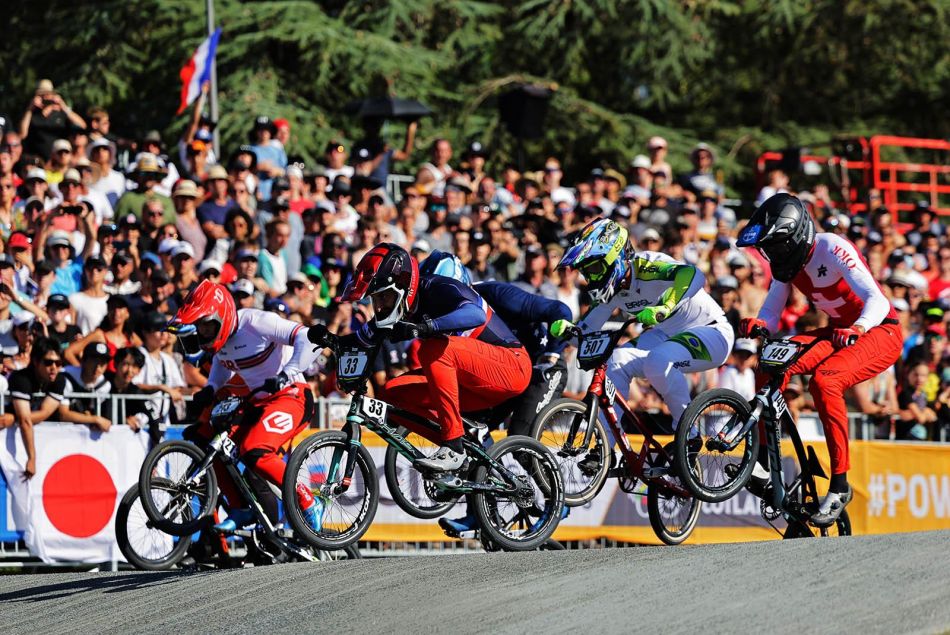 On the first day of racing at the 2022 UCI BMX Racing World Championships in Nantes, France, some important selections were made as the fastest riders from nations from all five continents competed in the qualification rounds.

Women Elite qualification
In the Women Elite competition, athletes from four continents raced on the 380 metres track that has been built specifically for the event in Nantes.

All of the favourites in the Women Elite category made it through to the next round. Payton Ridenour 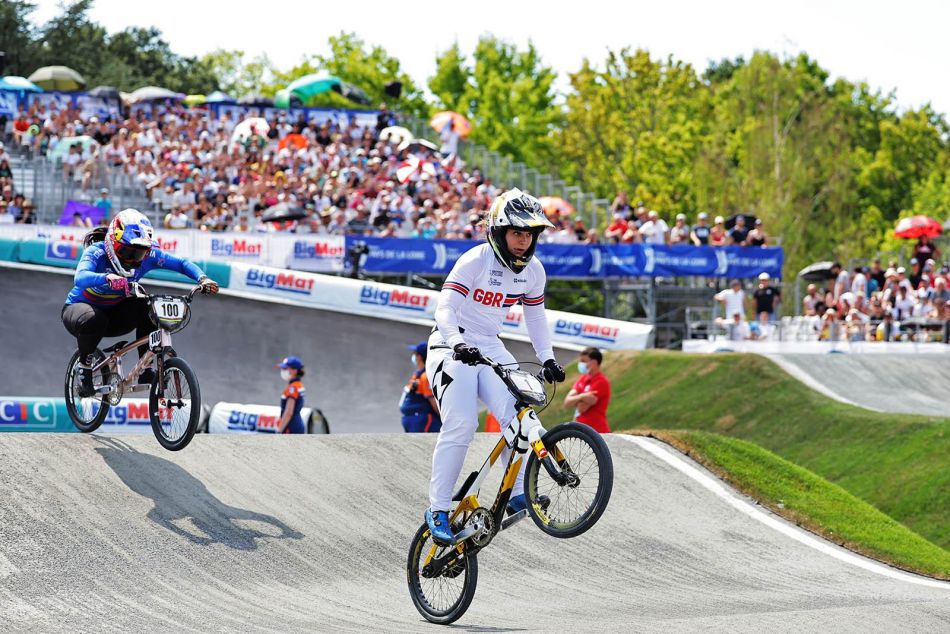 (USA), Vineta Petersone (LAT), Daleny Vaughn (USA) and Andrea Escobar (COL) had to use the last chance qualifier (LCQ) to stay in the competition, but Laura Smulders (NED), Bethany Shriever (GBR) and Zoe Claessens (SUI) all showed their form by winning their races in the first round. For last year’s runner-up, Judy Baauw (NED), the competition was over before it even started, as she suffered a broken thumb and was left to cheer on the other riders from the sidelines.

“First round nerves, obviously there, so, good to get it done and out the way”, said Bethany Shriever. “Good little battle with Mariana down the first straight, so that's always fun as well. Little bit of a sketchy lap but nonetheless got it done and I'm really happy.” 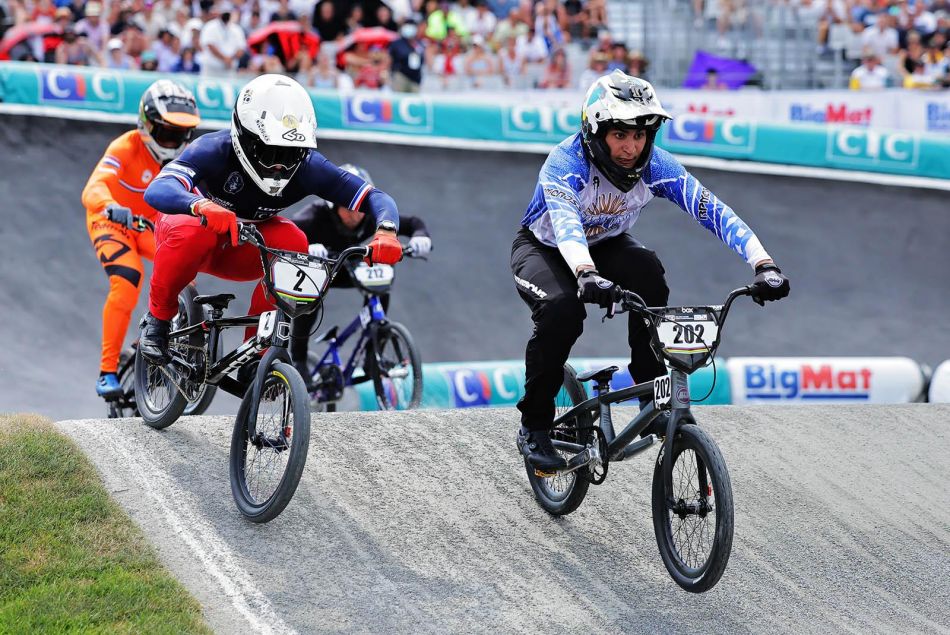 Men Elite qualification
In the Men Elite category, the French showed why they are favourites on their home ground, as they won all races that had a French on the start line. Former UCI BMX Racing World Champion Joris Daudet was fastest on the track with a time of 28.753 seconds, followed by 2021 UCI Pump Track World Champion Eddy Clerté who finished in 28.838 seconds. Sylvain André, Jeremy Rencurel and Arthur Pilard also got the French crowd on their feet, as they won their races.

“It’s amazing, it’s really amazing. I knew what to expect a little, but it was over my expectations”, said Sylvain André. “The crowd being so close, especially on the second straight, you can hear the people and you can feel the noise going with you through that second straight. Obviously, it’s a great feeling”.

Beyond the French favourites, it was Ross Cullen (GBR), Diego Arboleda (COL) and Josh McLean (AUS) who won the remaining rounds. 2021 UCI BMX Racing World Champion Niek Kimmann (NED) went through to the 1/8th finals by finishing second behind McLean. Several athletes had to use the LCQ to make it through, including 2021 UCI BMX Racing World Cup champion Simon Marquart (SUI), Vincent Pelluard (COL) and Jay Schippers (NED).

Only the top four in each race would go through to the 1/8 finals. The French were successful again, with Daudet, Clerté, Rencurel and André winning their races. Pilard also went through to confirm five fast French riders for Sunday’s quarter-finals. The other winners of the 1/8th finals were Izaac Kennedy (AUS) and Kye Whyte (GBR).

U23, Juniors and Masters
In the Women U23 category, Malene Sorensen (DEN), Thalya Burford (SUI) and Molly Simpson (CAN) each won their first round, with Simpson recording the fastest lap.

With seven heats of eight riders in each, the Men U23 category was packed with talent, including Magnus Dyhre (DEN), Leo Garoyan (FRA) and Lui Hin Tatyan (FRA) plus Rico Bearman from New Zealand. Also considering Japan’s Asuma Nakai, Ynze Oegema (NED) and Mauricio Molina (CHI), there was potential for the most international final ever.

Latvia’s Veronika Sturiska was fastest in the Women Junior class and is a rider to look out for. Pierre Geisse (FRA) completed the fastest time in the Men Junior category, while Jaymio Brink (NED) was another fast rider.

“I'm feeling good,” said Jaymio Brink. “It was so crazy on the track, there was so much noise. Goosebump moments!"