Nicholi Rogatkin off to Florida 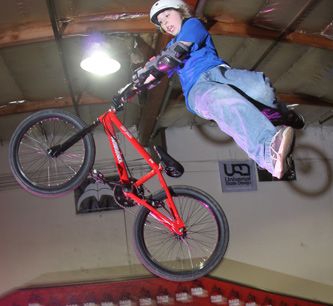 Nicholi Rogatkin, the Grand Prize Winner of the "Playstation Rising Star", has been determined by his video (double tailwhip). Fifteen pre-selected videos were chosen by PlayStation AM JAM judjes for "Best Trick" performance on the PlayStation AM JAM tour.

These videos were chosen based on skill level, difficulty, creativity and overall execution of the trick. He gets a trip to the AST Dew Tour PlayStation Pro in Orlando, FL, and receives a PlayStation 3, and some games with it. 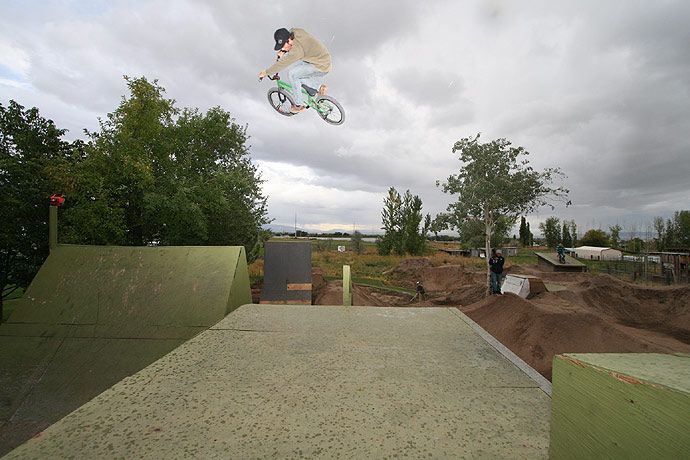 Mike Aitken is a Professional BMX rider in need of our help. Mike is an icon in the sport of BMX and is someone who rides with incredible style and passion for the sport. He is also a proud husband and a father. Read the message below from his brother Jeremy Aitken: “Mike Aitken has been hospitalized in serious condition. While in Pennsylvania over the weekend, Mike was seriously injured when he over-rotated a 360. He is currently in the ICU unit and has not regained consciousness. His injuries include
Read more
News 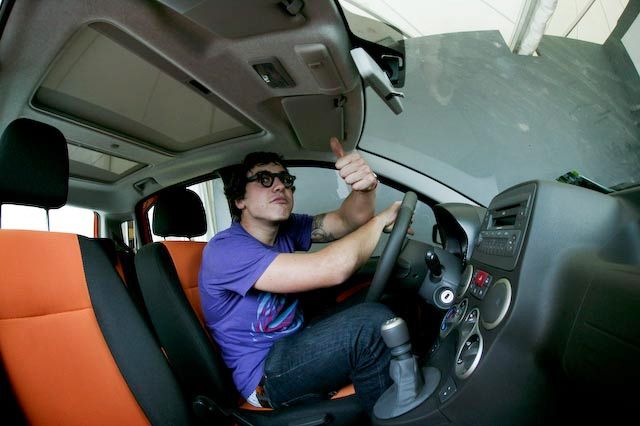 When was the last time a BMX freestyle rider won a car? the most recent case that we know of is that Maxime Charveron picked up a brand new Fiat Panda 4X4 Cross vehicle for winning the overall BMX Pro category at the 2008 Fise-Experience series. And when you're thinking, man, I should have entered that series, you get a second chance. Next car on the line is a FIAT Qubo so make sure you follow the 2009 FISE Experience series. It kicks off with a contest in Paris, France on 28 November 2008.
Read more
Reviews 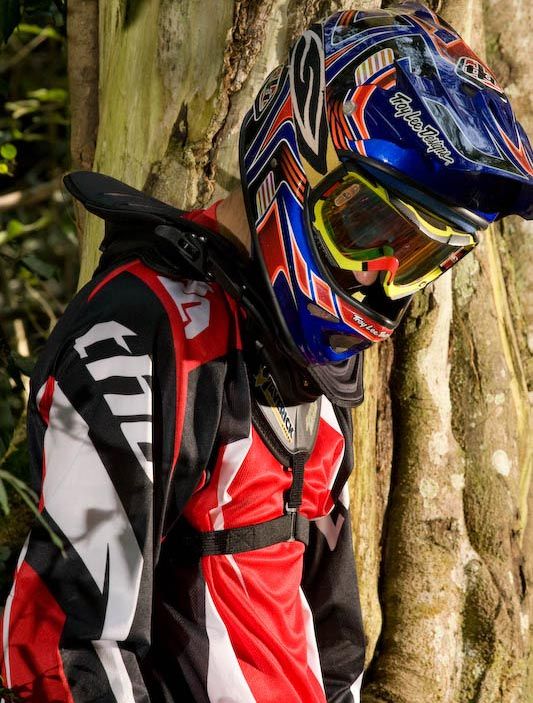 Last year legendary Motocross racer David Bailey posted a video online calling for more time and effort to be spent on developing safety equipment. Dirt bikes have gotten a lot heavier and a whole lot faster in the last few years resulting in more severe neck and back injuries. It's a matter close to Bailey's heart since he himself is in a wheelchair. How does this pertain to BMX? If you Google for the "David Bailey neck brace video" and watch it you will see he talks about a device called a Leatt neck brace. The brace fits around your neck and is designed to prevent the compression of your vertebrae in the event of an accident. There is no device that can ultimately protect us from all injuries yet if you could have that extra bit of insurance it would be worthwhile. Again, how does this pertain to BMX?

The GPX model of the brace can be used by any vert rider out there since they use Motocross helmets. It will not work on a "park"
Read more
News

The clothing and shoe industry must be so hard to work in. It's not just working towards the new model for next year, it's non-stop and for the big players, it's 4 seasons per year and tens of models per shoe line, boys AND girls, AND kids and toddlers. And then there's clothing too. Same deal there. etnies just released their 2008 Holiday gear with  new footwear, apparel and accessories... take it all in.
Read more
Freestyle 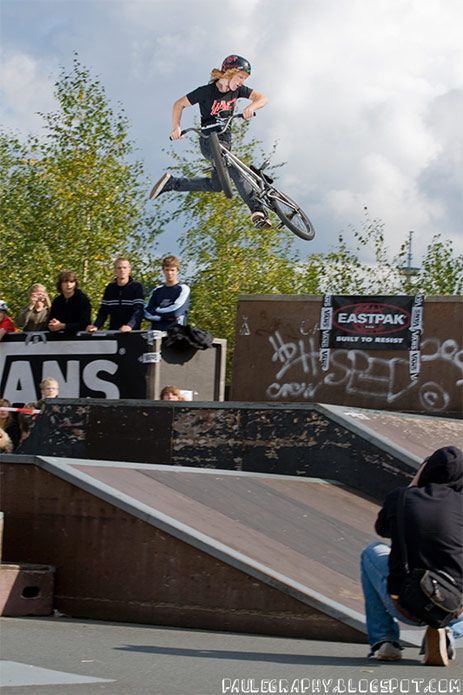 Last Friday on the 3rd of October the 4th „ Under the Bridge“ Jam took place in Siegen, a not so big town close to Cologne in Germany. The weather pretty much sucked the whole week before the Contest, so we were even more happy when it stayed OK for the day.
The first contest on that day, was a beginner competition for the beginners, especially for them who are from the Siegen area. The first place went to the 10 year old Felix Prangenberg, who did lookdowns, 360s and had overall a good style.

Soon after there was a little Boxjump Contest/Show, so the crowd who pretty much don't know anything about BMX, could get a good view into it. Check out the pics from it. A little bit after, we hold the Team Contest, the idea behind it was to have one rider from the Siegen area and one rider from another town ride together against/with another team, so it was a battle till the last two teams have to ride in the final. A lot of good stufff went down, big boxjump action but also small technical tricks.
Read more
News 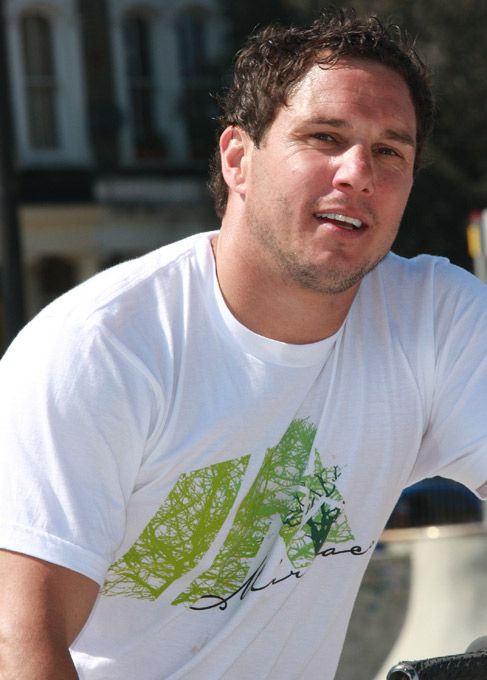 For the second consecutive year DC is proud to support Movember, an annual charity ‘mo’-vement committed to changing the way men think about, discuss and treat their own health issues by generating awareness and raising money for men’s health. Movember challenges men (Mo Bros) to grow a Mo (Aussie slang for moustache) for one month only, November, as a symbol in support of fighting men’s health issues and celebrating the Mo. At the start of November guys register with a clean-shaven face and have the remainder of the month to grow and groom their moustache, while raising money for men’s health and the fight against prostate cancer.

In 2007, 81 DC ‘Mo Bros’ raised $48,497, with DC President Nick Adcock owning the bragging rights by raising the most money for the cause giving back $18,790. This year DC is even further committed to supporting Movember by offering the Ponto sandal, that was designed to reflect the 2008 tag line, “United We Believe” with a
Read more
News 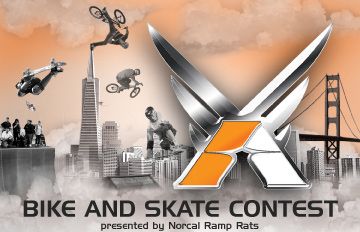 The IcerAir comp is back agian and this time bigger and better, as they always say. The NorCal Ramp Rats crew is behind this so you know it will be legit. The location of the event will be the McCovey Cove in San Francisco and the BMX comp is taking place on 18 October next. The costs to enter are 30 bucks for Am and 50 bucks for Pro with a 100% payback to the winners. Practice for AM starts at 10:30am and the AM comp is between noon and 1pm. The Pro comp starts at 4pm and there's an open session on the ramps after that.
Read more
News