ABA MAKES POSITIVE CHANGES TO THE REDLINE CUP SERIES FOR 2009 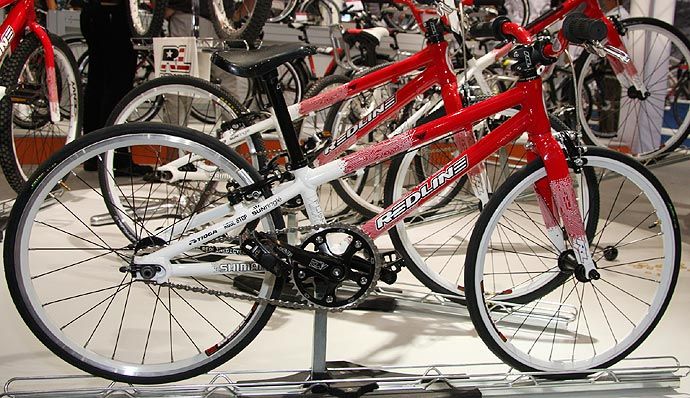 For 2009, the REDLINE CUP Series has taken a new twist that now makes it a 3-race points series - and will award the Top-3 riders in a main with that famous REDLINE CUP numberplate! This year will be the first time that the race for that illusive yellow-background No.1 plate will be decided over accumulative points – tallying up the scores from three races. The first points race is your finish at one of the 60+ Redline Cup Qualifiers held around the country.
Read more
Racing 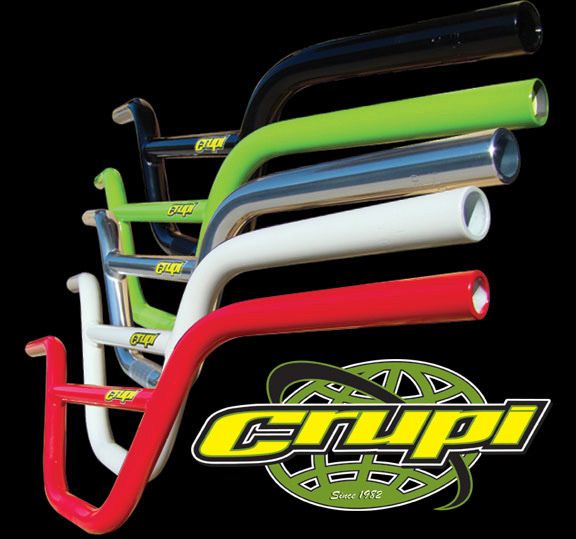 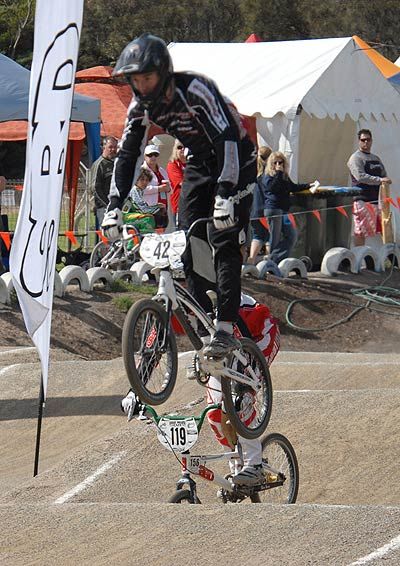 A pile up in the elite men’s BMX national race in Adelaide today eliminated World bronze medallist, Sifiso Nhlapo and three other elite riders. The South African Olympian suffered a torn hamstring in the ub tg. Top local rider, Brian Kirkham led the race early and claimed a well deserved win after qualifying fastest earlier in the day. "Sifiso seemed to hit by back wheel," said Kirkham. "I hope he's alright." However the 23 year old has had his share of injury is is now hopeful of "I'm in the the best shape of my career," stated Kirkham. "I just want to take out the series now."

After avoiding the carnage, Adelaide’s Michael Fenwick slipped into second with Victoria’s Olivier Hoarau in third. Also caught up in the crash on the first straight was Norway’s Anders Gransund and South Australia’s state champion, Matthew Willoughby, who finished in fourth and fifth respectively. Kirkham's win places him firmly in the series lead with only three rounds remaining.
Read more
Racing 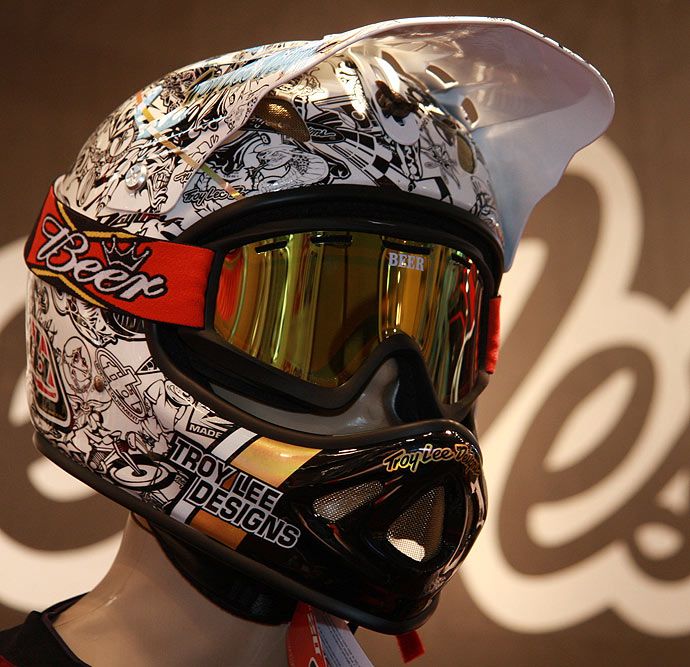 World bronze medallist, Sifiso Nhlapo from South Africa, Anders Gronsund from Norway and Alex Hunter from Hong Kong will lead the international charge at the Hog's Breath Café National Probikx and Champbikx Round Four at The Cove BMX track in Adelaide this Saturday morning.
The elite men's field hosts some strong local talent including Brian Kirkham, Michael Fenwick and Luke Londema. Kirkham current leads the national series and is on equal first place with Beijing Olympian, Jared Graves. Graves is not expected to attend this round as he prepares for the World Cup circuit in four cross, the mountain bike equivalent to BMX racing.
Read more
Racing 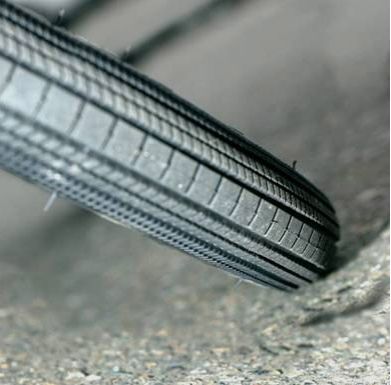 ABOUT THE POWERBLOCK: Development of the Tioga POWERBLOCK started in winter 2007, and a key part to the tire's design was disecting vital input from the Factory Redline team
Read more
Racing 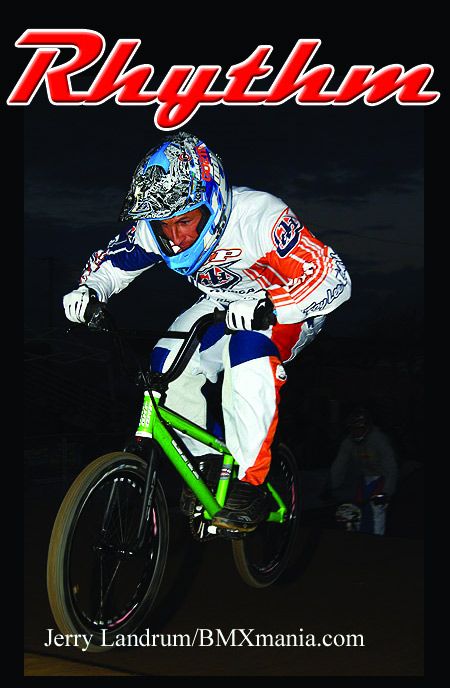 Crupi Parts, Inc is happy to welcome Factory GHP's Randy Stumpfhauser to our family of products. Randy was part of the Crupi family nearly 10 years ago when he was on Huffy and used many of the Crupi products at that time. Randy being one of the top veteran Pros competing in the AA pro ranks can ride any wheels he wants to and Randy has chosen the new Rhythm wheels!

Welcome back to the Crupi family of products Stumpy!

You can see them on Crupi's website at:
crupibmx.com.
Read more
Racing 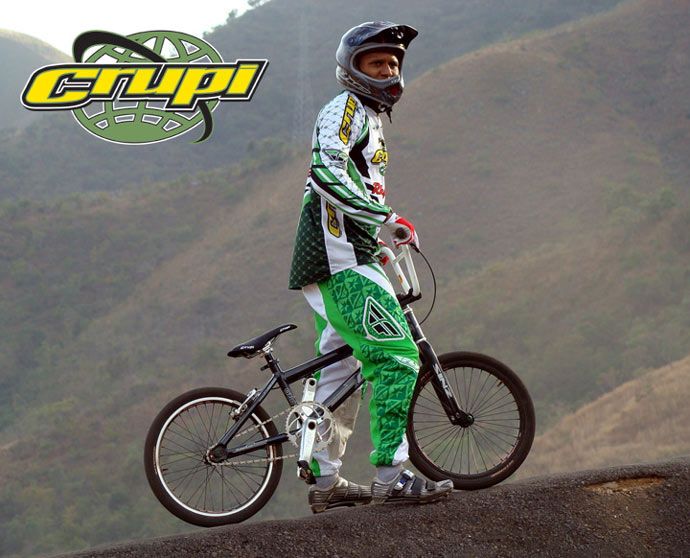 Crupi Parts, Inc is proud to announce the signing of Jonathan "Mosquito" Suarez. Jonathan has a long list of accomplishments which include most recently a trip to Beijing for the Olympics! "We have been speaking with Jonathan for years about coming over to Crupi", says Crupi's President, Greg Swingrover. "Now that the Olympics are over it seems that many other companies out there are letting their team rosters go but we feel this is the time to promote like crazy and adding Mosquito to our family of riders is a great move for Crupi", Swingrover added.
Read more
Racing 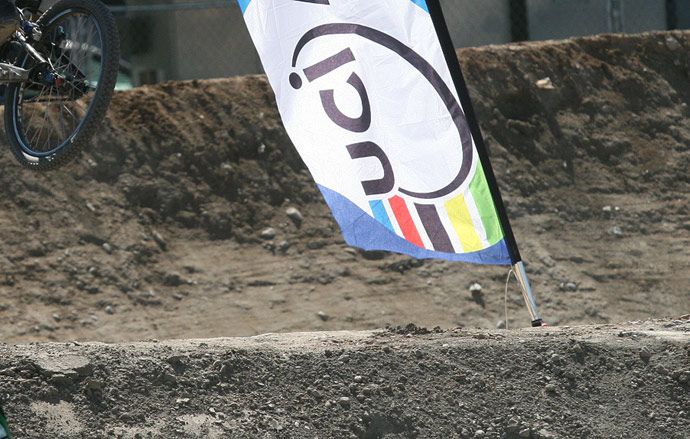 A high level BMX training camp gets under way at the World Cycling Centre (WCC) in Aigle, Switzerland, on 16 February. Nine young athletes from seven different countries will spend five months at the WCC under the guidance of UCI coach Hervé Krebs. During their camp, they will compete in five rounds of the European BMX Championships and at least one round of the 2009 UCI BMX Supercross World Cup. Their participation in the Supercross in
Read more
Racing 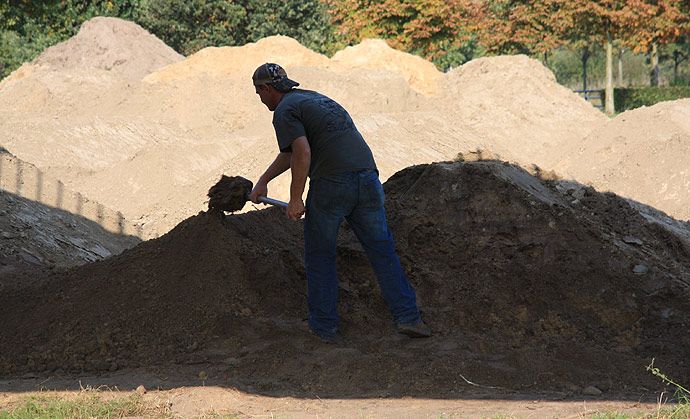 Plans to build a £20m BMX cycling arena in Manchester, which would also serve as a training base for 2012 British Olympic athletes, have been agreed. The facility, with seats for up to 4,500 people around a 100m by 70m track, would be built in a car park at the existing Velodrome at Sportcity.
The government promised to build the centre after pulling plans to build the UK's first "supercasino" at the site.
Read more
Page 488 of 561