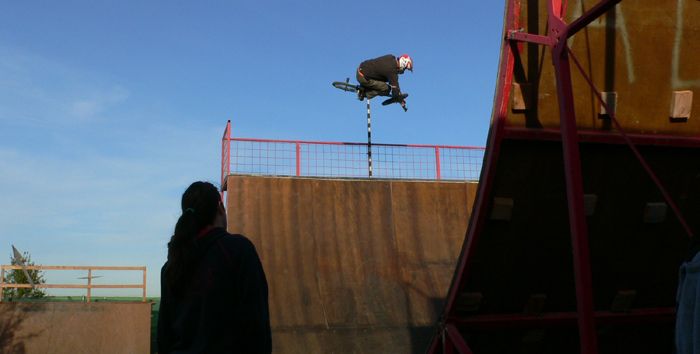 Sometimes, dreams come true. When I started riding BMX 28 years ago, all the Pros came from sunny California and 8 feet vertical quarterpipes were the shit. I was bothering my Dad quite a while and finally we constructed one. We used to do shows on it with the guys from my BMX Club and had a lot of fun. Later, backyard Halfpipes were the big thing. Mike 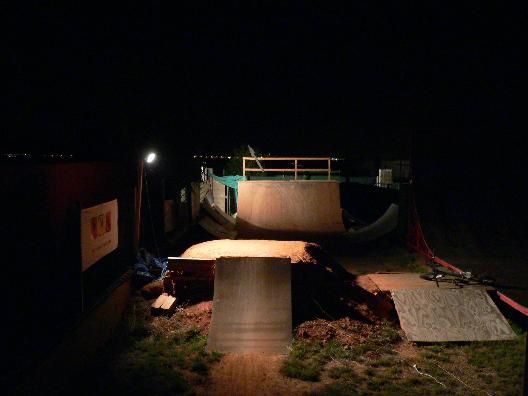 Dominguez, Ron Wilkerson, Mat Hoffman – all these guys had one. Growing up in a small town in rainy Germany and influenced by BMX Action and Freestylin´Magazine, my biggest dream then was living under palm-trees in a country with never-ending summer, riding BMX on my backyard halfpipe.

Today, I'm married to a Spanish Girl and we live with our little daughter in Valencia (Spain) at the Mediterranean 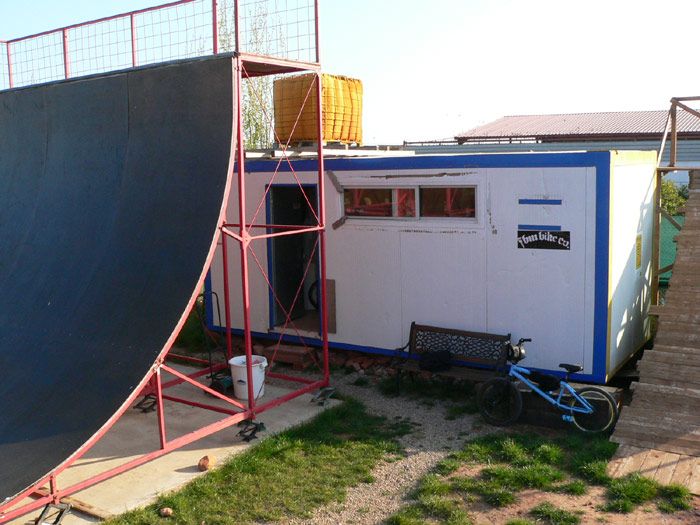 Sea. A few years ago I bought a vert-ramp second hand together with a inline-skater- friend of mine. On the first place we rented to put the ramp we got kicked out by the owner when he saw the pile of rubbish that was in our foam pit. Actually, open-air-foam-pits are not the best idea and using foam from used mattresses didn’t make it even better. We used to carry these old mattresses in my van and one day I found a used pink string-tanga under the co-pilot's seat. It obviously fall out of some of these stinky foam -mattresses. I was lucky that it was me finding it. Imagine my wife driving our van and finding a used pink string-tanga under the seat... Telling her that it's not what it looks like might not be a good excuse.... 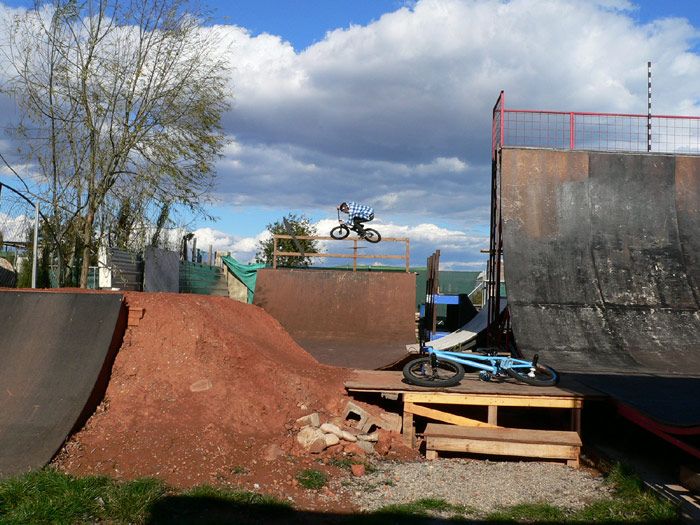 Three years ago my friend and I moved the ramp to a bigger place. Plans were made for a dirt-jump beside the vert-ramp. I built some little jumps that summer but I was not satisfied with them because I didn´t have the time to build up everything I wanted to. Luck struck in another time: That year in winter, Mellowpark / Wildau Trails Local Daniel Traeder and his girlfriend Leoni wanted to escape from cold Berlin weather and were travelling / working in Spain. Instead of two little jumps, Daniel and Leoni built a bigger table and a perfectly shaped mini-quarter. So now, there's a mini-Megaramp Setup beside the Vert-ramp. Thanks a lot to both of them for building such a great set-up!

This year, I completed the place with a little miniramp. The 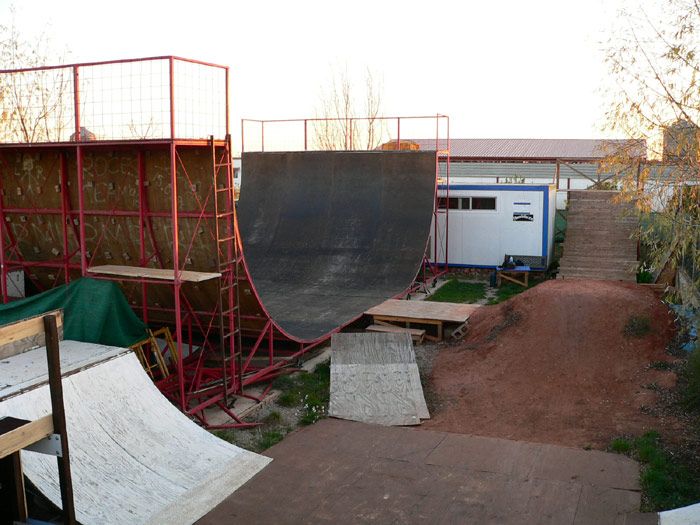 place is just great to ride: You can ride either in the vert-ramp, the table/quarter setup or the miniramp. Everything is connected and lines are also possible. There is also a little cabin which is our guest-house when friends come. The place is just like 1 kilometre away from the beach and you can see the sea from top of the vert ramp. If you want to ride vert under the spanish sun, just contact me:
This email address is being protected from spambots. You need JavaScript enabled to view it.

Ride vert and have fun, Björn

More in this category: « 040BMX pre-opening session. rebeljam ramps see a second life. The Hinterland, a documentary about bmx in Alaska. By Least Most »
back to top