Working out at Helm Trails Helmond. By BdJ 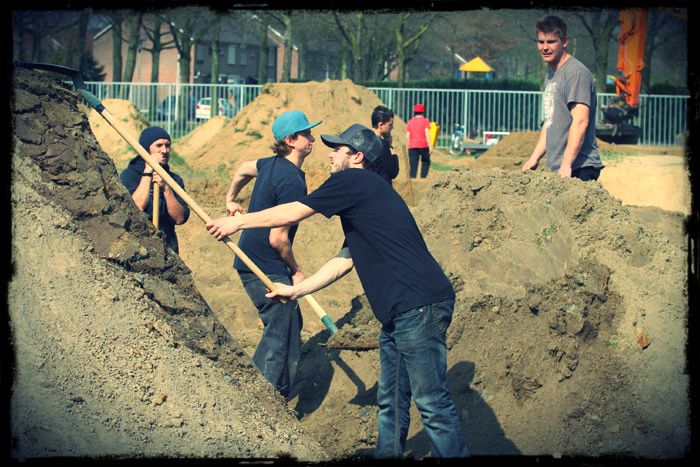 A few weeks ago we got some new dirt and a digger for half a day at the Helm Trails in Helmond. Time to fix things up and build some new stuff. Dirt is always welcome and a digger makes it lots easier to get the dirt in the right place. Riding trails means working on them as well but the satisfaction in the end is worth it. Trails builders worldwide can relate. It's the same everywhere. You've got those lazy asses who wait until everything is done and then show up. They should be ashamed of themselves. Credits go to those who dig and put their time in. 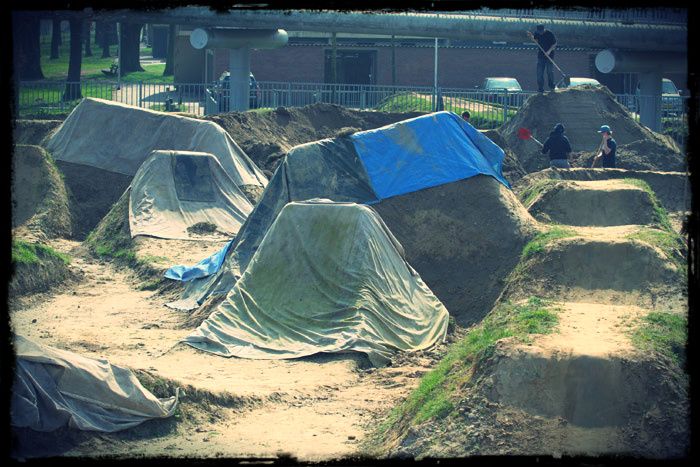 But it's up to them too to create and build whatever they feel like. The straight lines are becoming a thing of the past. Hips, rollers, turns, lines is where it's at. But you can have the best ideas in the world in your head, it doesn't change the dirt spot automatically. 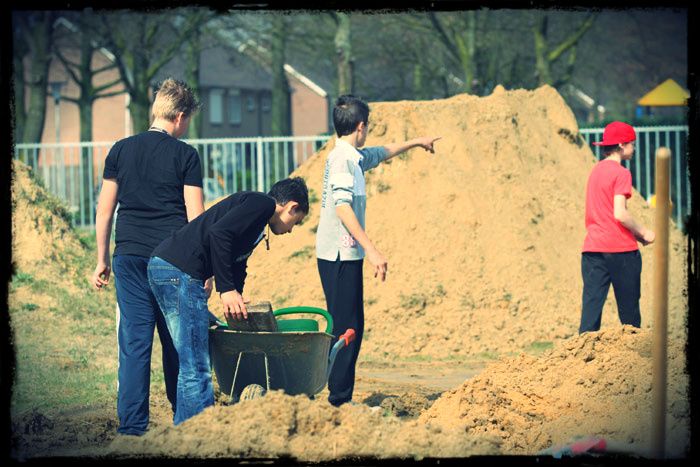 At the Helm Trails the canal is nearby. This means that water is there to wet the jumps. Sure, it does take a couple of trips to the water with the wheelbarrow full of water cans, but it can be done. On "Dig Day" the Gebroeders Swinkels crane was a big help. It moved dirt in the right places fast. Shaping it up afterwards is up to the master trail diggers. The younger kids g 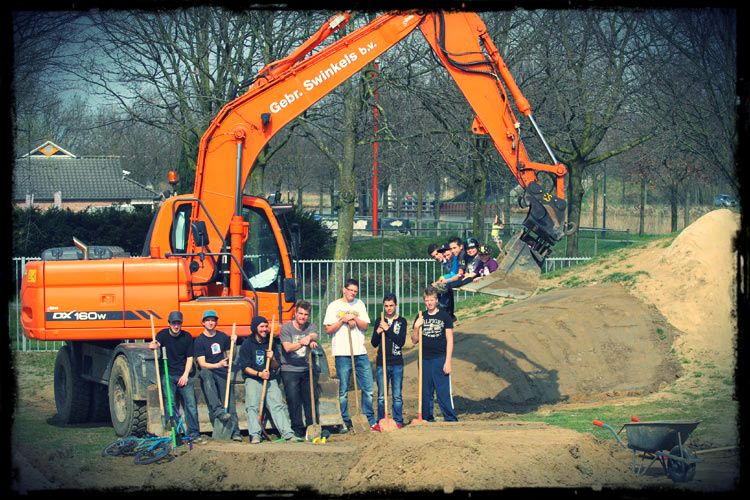 ot their own line done as well. It's good to see them getting into it so there's a future for the spot. Thanks goes to everyone who helped out and that includes those who provided the budget to get things done. The Helm Trails are getting in shape for the Open Dutch BMX Dirt championships on 27 May. Don't be afraid to come over and help out, no one has died from putting some work in. 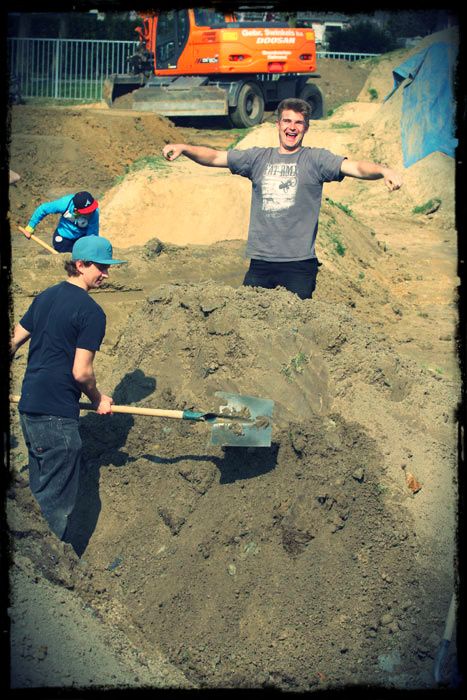 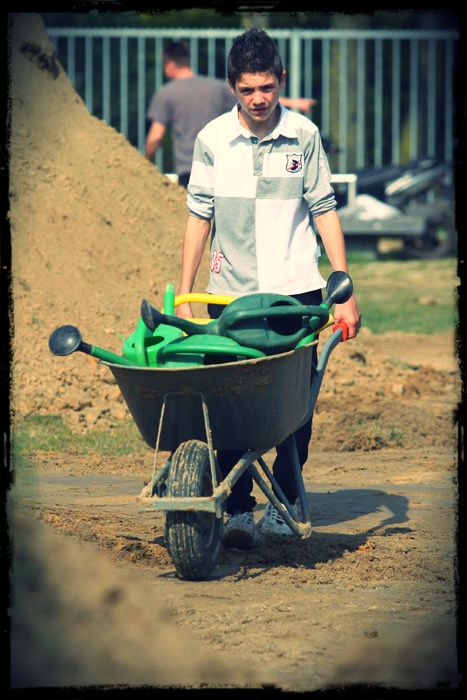 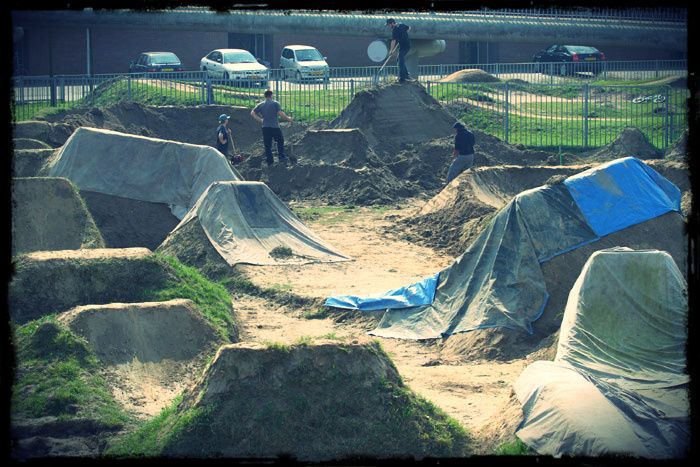 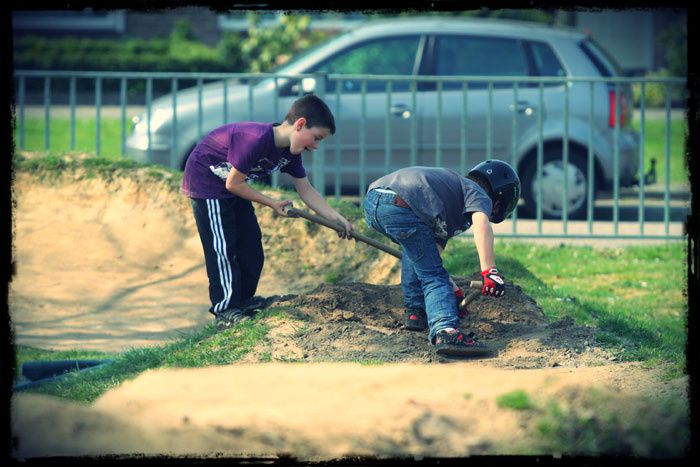 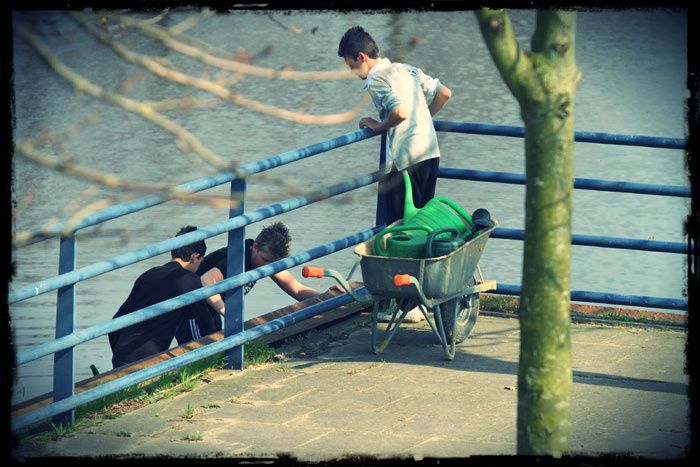 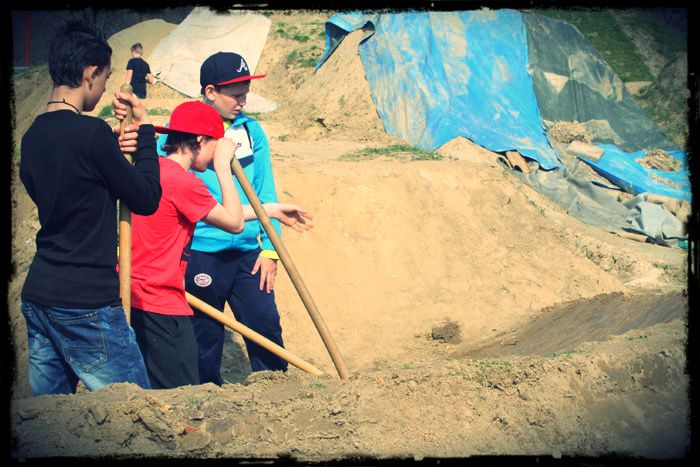