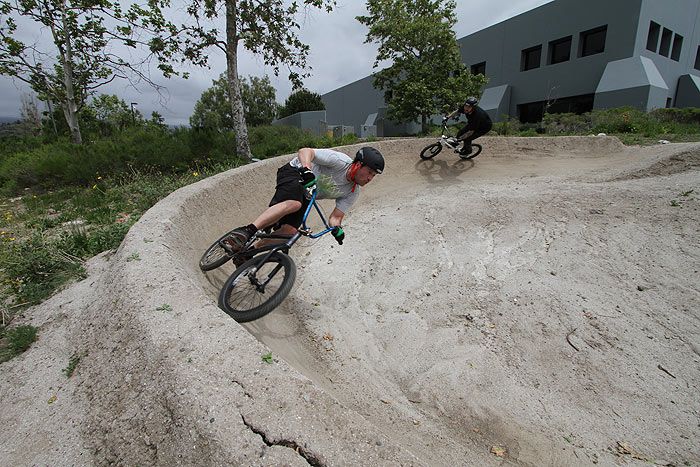 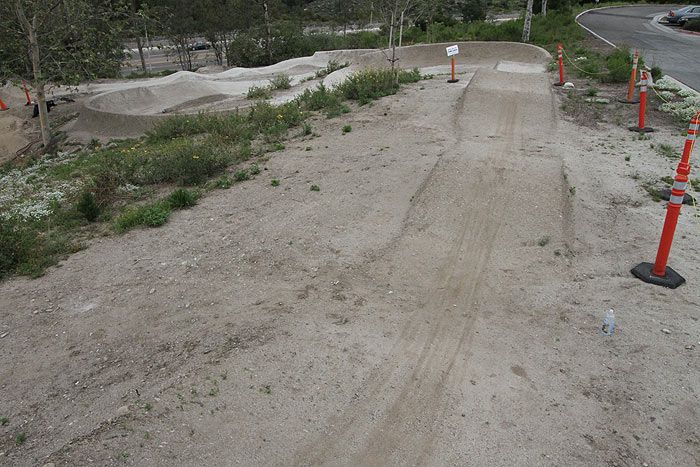 We brought the bikes as we wanted to have a go on the pumptrack in the back. We signed the waiver and were on our way. On arrival we spotted a new section on the right that had just been finished. Looked awesome with the steep turns.

Steve Blick filled us in on the new section and the rules of the pump track. Water the jumps, don’t walk on the edges, use common sense, and an Oakley employee needs to be there at all times. That turned out to be Sean who had just started working there 2 weeks prior to our 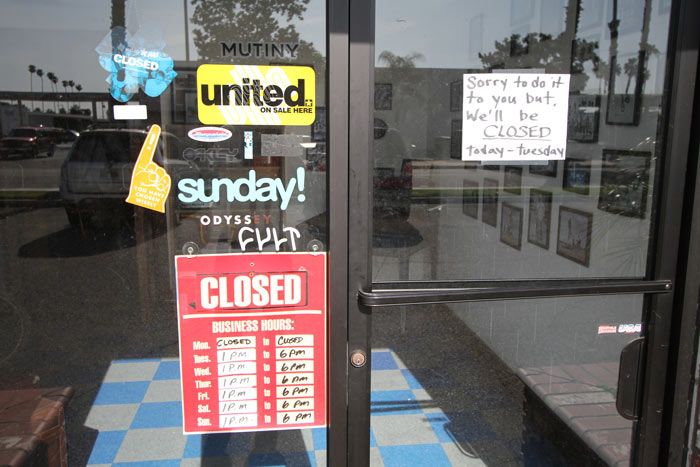 visit. In between catching up we had our laps around the track which was super fun but tiring. The new part was good too especially after getting used to the steep turns. Curved wallrides all the way practically.

After visiting the shop and having lunch at Wahoo’s, we said our goodbyes and we were on our way to visit The Bicycle Source. We borrowed Paul’s TomTom for the trip and it got 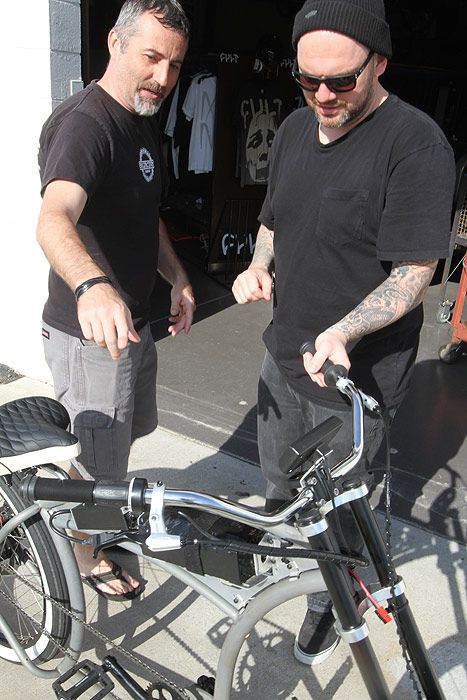 us to the front door of the BMX shop. On arrival we noticed the shop was closed. Damn. After ringing the bell and knocking on the door (you can always give it a shot, right?) the door was unlocked by non other than Marty Schlessinger. Marty had just moved in to work on this chopper project from the bike shop and gave us a tour around the shop/BMX museum. It’s an awesome place and we’ll get back to it at a later stage as it had too many good things to show that we can put in this tour report. BMX history in many ways was displayed on the floor , the walls and in the ceiling. Amazing.

We stopped by a Harley shop to pick up Andy’s order and then headed over to The Block to check the Vans skatepark. Ran into Austin Seaholm and then saw Lester Kasai and Mike McGill skate the concrete bowl. No BMX on Friday. Bummer. We drove over to Newport Beach to meet up with Mike de Wit and his girl Janelle, our hosts for the next couple of days. Stay tuned. 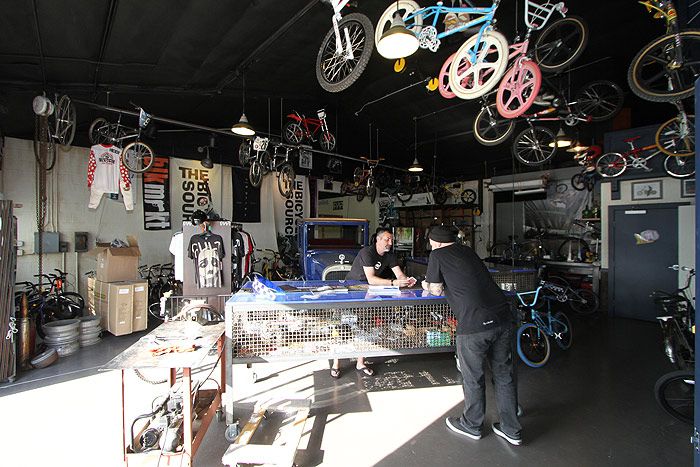 More in this category: « Cali trippin' Day 6: From Woodward to Fontana. By BdJ USA Trippin' part 8. New Vans bowl & Sheep Hills! By BdJ »
back to top