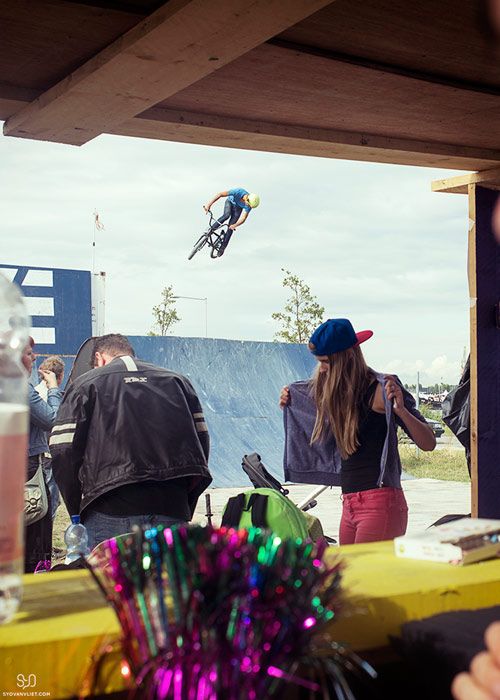 On sunday etnies officially opened the etnies Outdoor Trainings Facility right next to their EMEA headoffice on the houthavens in Amsterdam. The etnies OTF brings some fresh energy into the BMX scene with this public facility with multiple tracks. At the opening riders could ride the pump track for the beginners, table line for the amateurs, dirt line and a park setup.

The opening kicked off at 2 o'clock but some riders were there way early and eager to ride. The opening was a huge success with during the day about 150 people enjoying the weather, riding and music. Riders where on all parts of the track and stoked about the new playground and their friends and family were enjoying their beer and burger in the lounge area which is a perfect spot to overlook all the action in the park. The jam was without a schedule so riders could ride whatever they wanted. 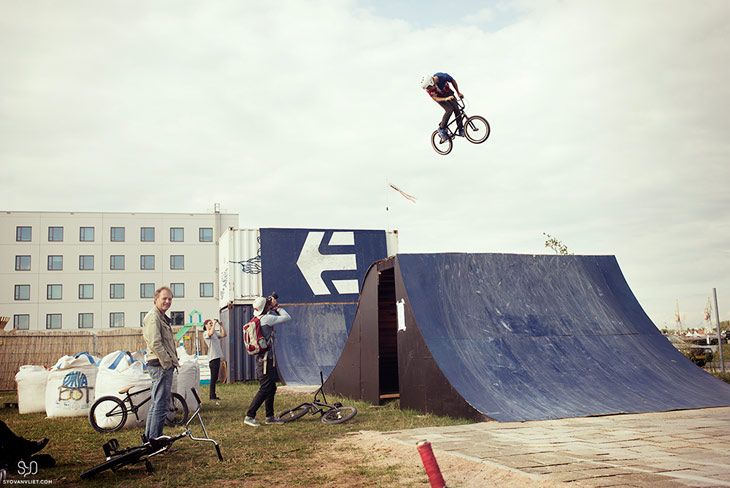 the shots on; coach style. Riders tried tricks on the jumpbox and dirts and walked away with goodies for landing the trick first. The party kept going until it got too dark to ride. All riders pushed it to the limits of their riding which was awesome to see.

The facility is build by and for riders so they can progress on the facility which already has a expansion on the schedule in 2014. Keep an eye out on more news about this expansion. The quarter jumpbox setup was donated to the etnies OTF by Red Bull Holland as part of their recycle program from the Red Bull Framed Reactions event a couple months back in the Westerpark. 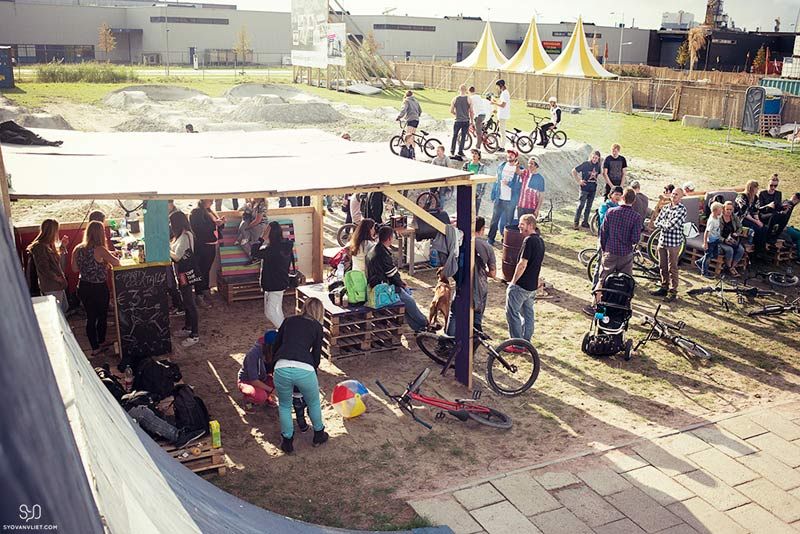 The etnies OTF made some adjustments and new top surface and ramps were ready to go. This setup gives riders in Holland the opportunity to ride big ramps which there is not a lot of in the the Netherlands.

Big shout out to etnies Europe, James Appleby, Jelle Mul, Syo van Vliet and all the locals that helped building the facility.

The etnies OTF is now officially open for everybody to ride from beginner to pro so pay a visit at the Kovistokade 54 1013BB in Amsterdam or stay updated on:

Keep the conversation going with #etniesOTF