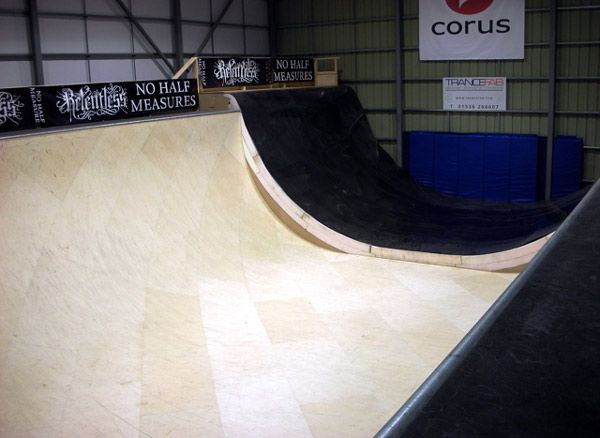 I went up to Adrenaline Alley Skatepark in Corby, Northamptonshire (UK) on the first weekend off December to MC the grand opening of their new Vert & Resi ramp. Shaun Scarfe & his gang of merry men built the ramp over the course of the past few months & is set in a brand new building. Finished in perfect Finnish Birch ply, standing 14ft tall & 75ft wide (inc resi) & housed in a purpose built £150,000gbp (approx $300,000usd?) warehouse alongside the original excisting skatepark, this is the biggest & first of its kind in Europe. 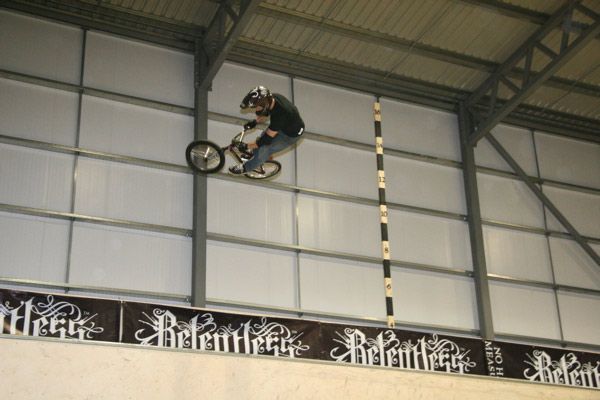 The turnout for the big day was a bit on the weak side; maybe Vert just isn’t cool enough here in the UK for people to make an effort for? But it was still a good day with Vert riders Ronnie Remo, Zach Shaw, Shaun Eglington, Mike Mullen & Paul Meacher busting out some tricks for those who did turn up to show their support. 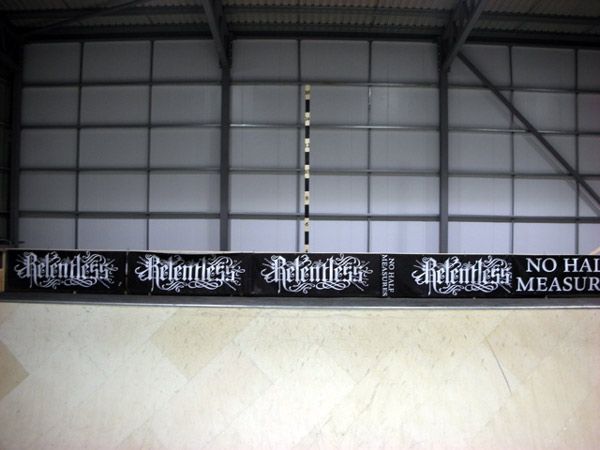 Relentless Energy drinks put in £500 so we could run a Vert contest which bough some extra riders over to the monster of a ramp but Meacher & Shaw shared the bounty between them. Over the course of the day we ran a Vert/Resi “Best Trick” which Remo won with invert flairs, a Bowl Jam which was won by Federals Mark Love who was all literally all over the bowl & anything surrounding it & finished up with a little Street/Park Jam which Martyn Cooper won with bags of tricks. 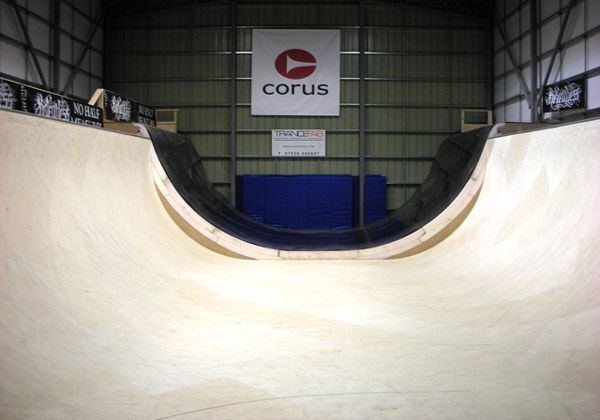 The venue also put on various over events such as DVD premieres & a rather amusing Guitar Hero contest which kept Ben Wallace happy for hours!! The evening was amusing with us all in some redneck style pub in the middle of nowhere drinking, eating Chinese food & talking shit. One thing that was amusing was the fact that Peter Geys & a small crew of Belgians drove over for the day & when they were drunk sounded like a cross between Borat & Stephen Hawking & got thrown out of the “Elvis” bar for propositioning the barmaid! 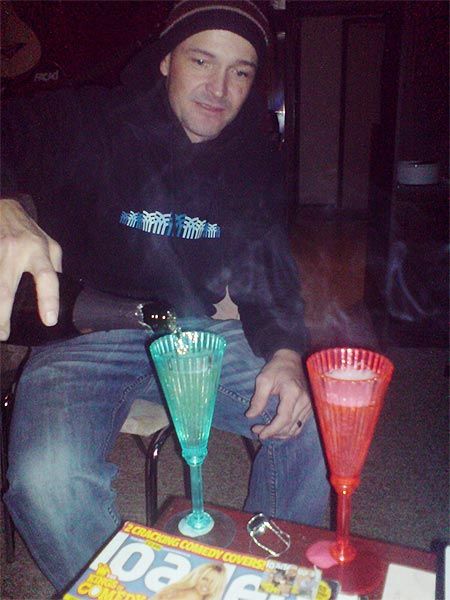 Adrenaline Alley is a charity, non-profit making venue & is an amazing place, fully indoor with mini ramps, bowl, street/park courses, resi jump box, foam pit & now the new vert ramp. It is staffed & run by a very dedicated group of workers & volunteers & will need your continued support if it is to progress even more. There are more plans for building extensions for a skate style “plaza” & other new obstacles & courses to be added so, if you're visiting this rainy nation of ours or you are already here then make 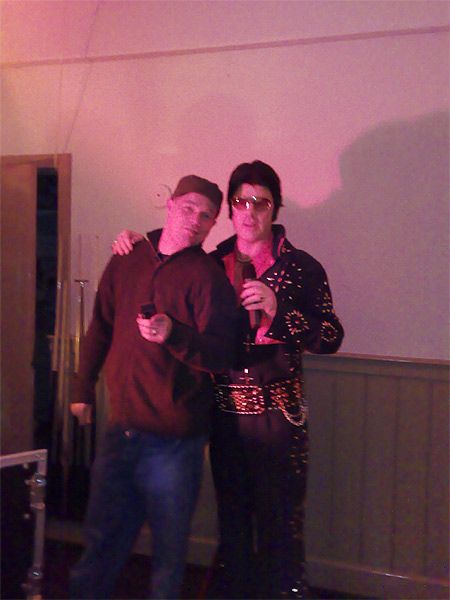 sure you get yourself down to Adrenaline Alley, ride your bike, have some fun & show some support!

A big thanks to Mandy Young & all The Alley staff. Shaun Scarfe, Roo, Trev & their crew of ramp builders who have literally lived on site for months on end building the whole park as well as the new Vert ramp. Relentless Energy drinks & all the riders who made the effort to support the venue on that day & all the others….

Check out their site….

More in this category: « Trails in South Africa, by Lloyd Ramsay. Hasselt Concrete skatepark, open for BMX »
back to top