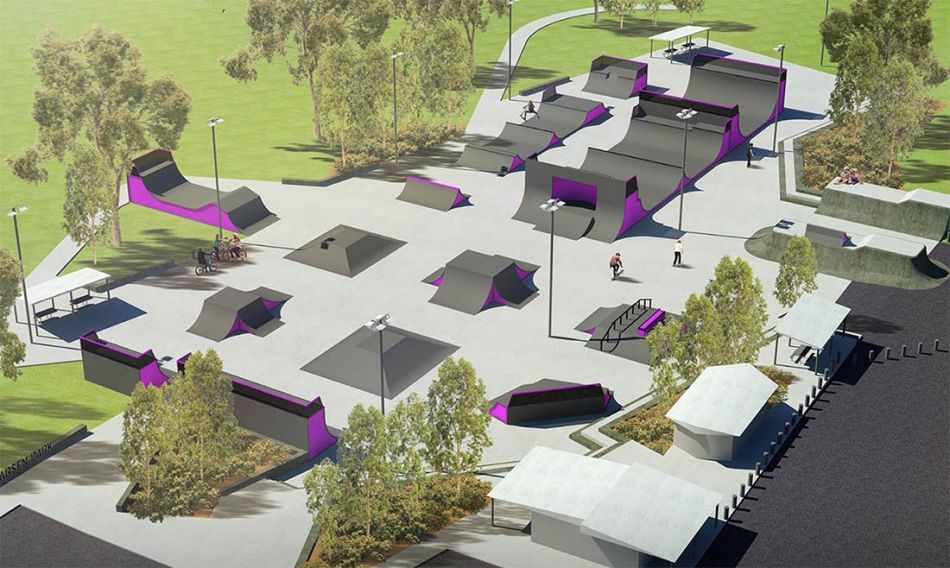 Logan City Council’s $3.1 million rebuild of the Doug Larsen Park BMX freestyle and skate park facility at Beenleigh will begin next week. Council is constructing a world-class BMX/skate park facility that Cycling Australia says will be the best in the country and a potential venue for future international competitions. The park’s existing BMX/skate park will close on Tuesday, May 21.

The public BMX riding circuit at Doug Larsen Park, which is home to the Beenleigh BMX club, is not affected by the construction and will remain open. The design of the new freestyle course was finalised after Council hosted a workshop that included Logan’s BMX freestyle 2017 world champion Logan Martin along with Cycling Australia Technical Director (BMX) Wade Bootes, Clint Millar from Colony BMX and Ross Lavender and Nathan Philps from the local BMX community.

The design includes international-standard steel ramps and a concrete surface that makes for smoother riding. The existing half pipe at the park, which is part of the facility’s heritage, will be retained and refurbished. BMX freestyle will make its Olympic Games debut in Tokyo next year.

In March, Logan City Council became a partner to the feasibility study on a possible South-East Queensland bid for the 2032 Olympic Games. The Doug Larsen Park BMX freestyle facility and skate park rebuild is expected to be completed, weather permitting, by the end of the year.

For more information on the project go here.