Interview with Pim van den Bos regarding "The Building" in Eindhoven. 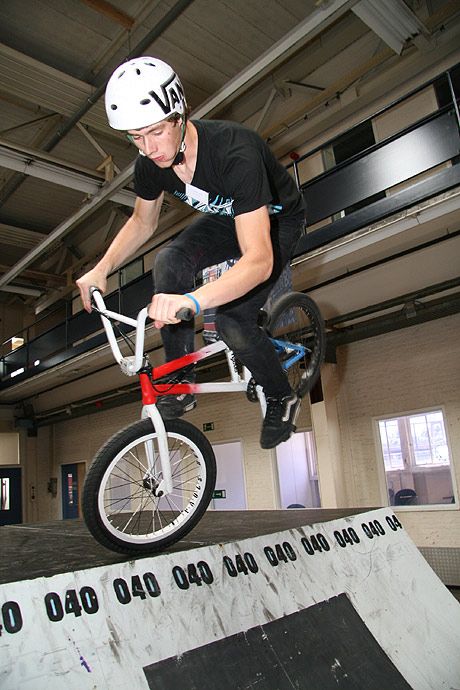 For the time being Eindhoven has an indoor place to ride. We've got to thank Klaas and Pim van den Bos for that. So even when it gets cold and starts raining in the next few weeks, you've got an indoor location in Eindhoven city to work on your skills. An opening jam is coming up. We fired over some questions to Pim and here's what he had to say.

You and your dad have been lobbying for years to get an indoor place in Eindhoven. It looks like you have a place this winter. Is it a perfect situation?
Pim: Actually it’s far from perfect but we didn’t have any indoor location in this area so it’s a good start. The park is located in an old Philips machine factory exploited by a foundation called ‘Straatcultuur en –sport’ (streetculture and –sports)and they called it ‘The Building’. My dad and I had started a foundation called ‘BMX Freestyle’ to fight for an indoor place in the area of Eindhoven (areacode: 040). Since our foundation was the only party working together with ‘Straatcultuur 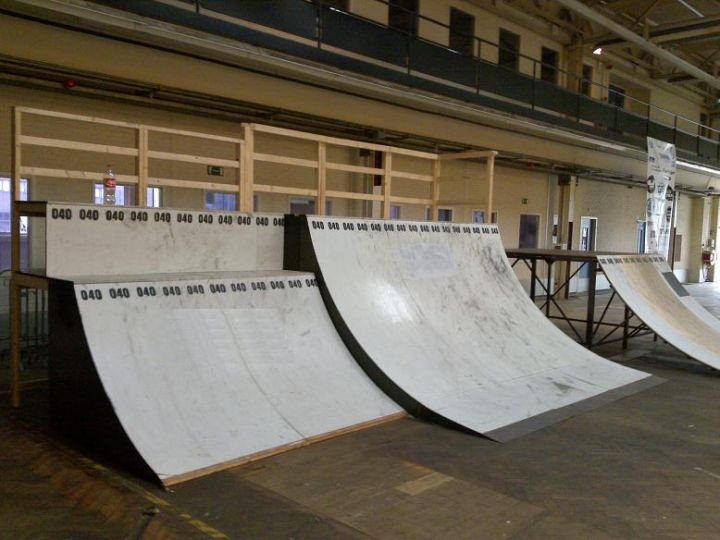 en –Sport’ that didn’t already have an own indoor location, after some conversations with them, we were allowed to put some ramps in ‘The Building’. The old Philips machine factory is used for events so if there is an event, we have to move the middle part of the park. We have to build everything so it’s movable so that takes some more time and thinking. Right now we’re still working on the ramps and we can’t build up the middle part because there’s an event going on this weekend. 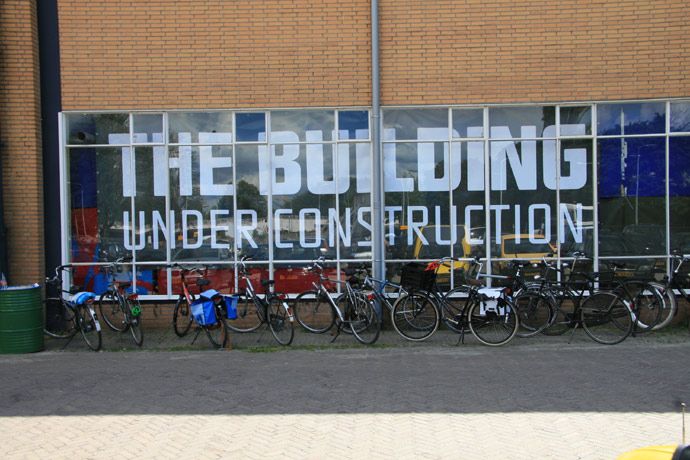 Where is the place located?
Pim: The park is located next to Area51 Skatepark on Strijp-S in Eindhoven, actually it’s the same building as Area51 but it’s separated by a wall. Route can be found here. 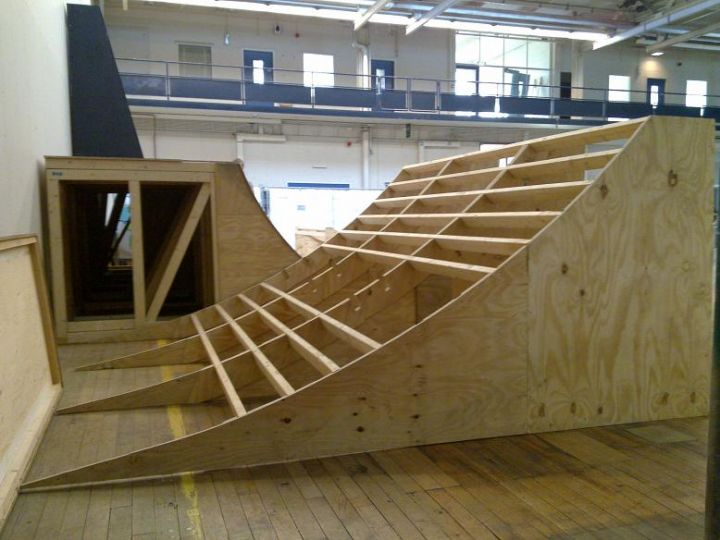 What is there to ride?
Pim: Almost 3 years ago my dad and I started building our first ramps to promote BMX Freestyle in the area we’re living in. Over the years we’ve managed to build more and more so we’ve made a layout with every ramp we’ve got and added some things to it. There are several quarterpipe’s, a jumpbox, spine, bank to bank and we want to make some street obstacles. It’s hard sometimes because we have to keep in mind, when there’s an event, we’ll have to move the stuff. 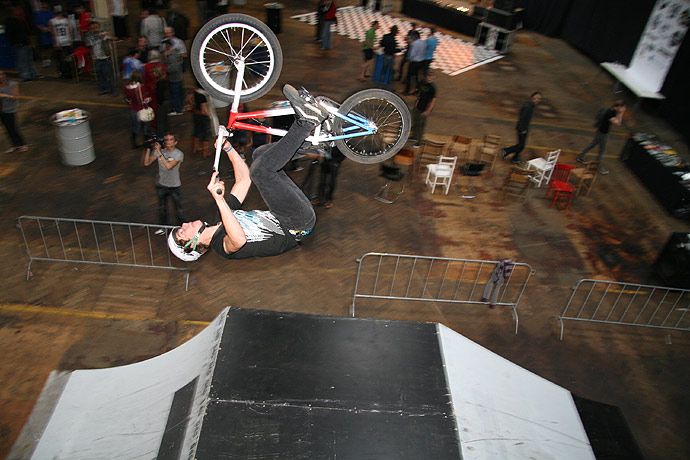 You have always looked into resi ramps and foam pits. Is there anything like that available in The Building?
Pim: Foampits and resi ramps are just so much more safe to learn stuff on, that’s why I’ve always looked into them. For the 040 Revival Jam, the city of Eindhoven will finance some materials to build a resi jumpbox. First we’ll finish the park because that’s the most important thing. Later on we’ll get to the resi, still have to figure out what’s the best option to build to get speed for it. The building isn’t that big and we’ll have to move it when there’s an event. A foampit is a bit harder b 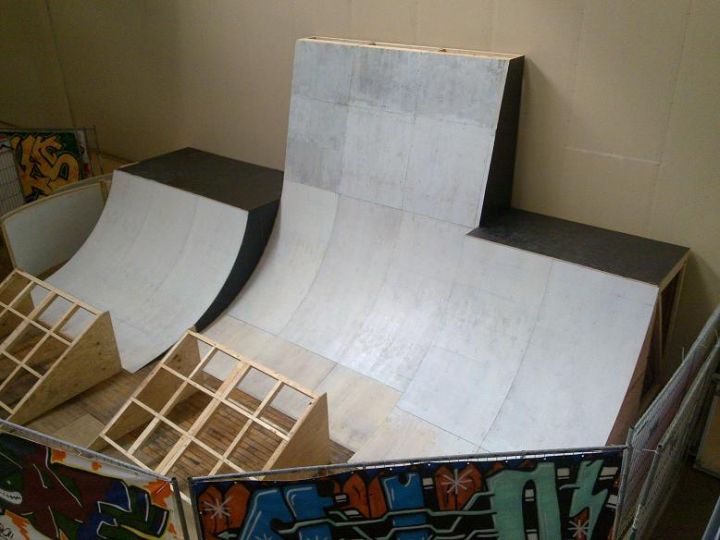 ecause it’s so much work to tear it down and build up again if there’s an event. If we have the money to build a foampit, we want a safe one with good foam and not some scary foampit with shitty foam where you can hit the ground if you jump in it.

Financing the ramps is not cheap. Is there a way for sponsors to step in and supply ramps/wood to build some more?
Pim: Right now we’ve almost finance 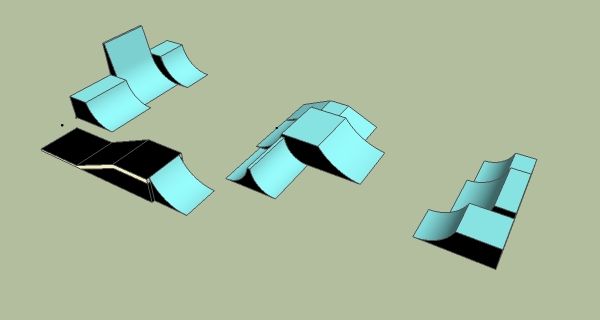 d everything out of our own pockets but any help is great and more than welcome!

Do you have a website where people can find all the info about the park like location, opening hours, etc.?
Pim: The website of The Building is still under construction but we’ll get some info on it shortly. 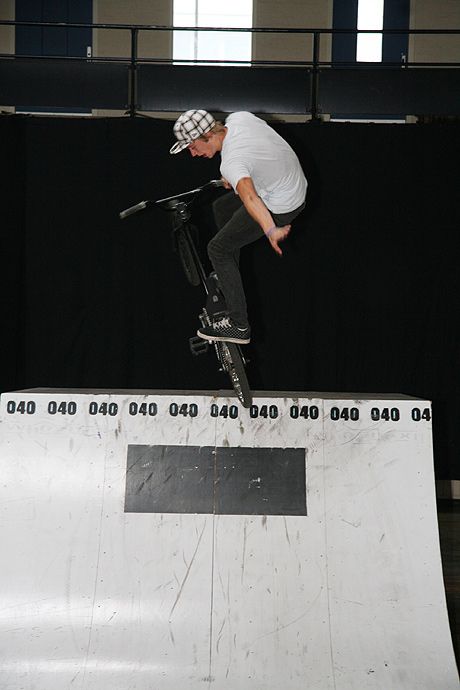 How much do you charge per rider for an indoor session this winter?
Pim: We’ll charge €5,00 to ride.

You've got an opening jam coming up, can you explain why riders need to show up?
Pim: We’ve been fighting for an indoor park that allow bikes for a long time. At first we’ve been trying to get the bikes into Area51 Skatepark but with no success unfortunately. The building we’re located in right now will get torn down. I don’t know how long it will take but it could be this January 2010 and A 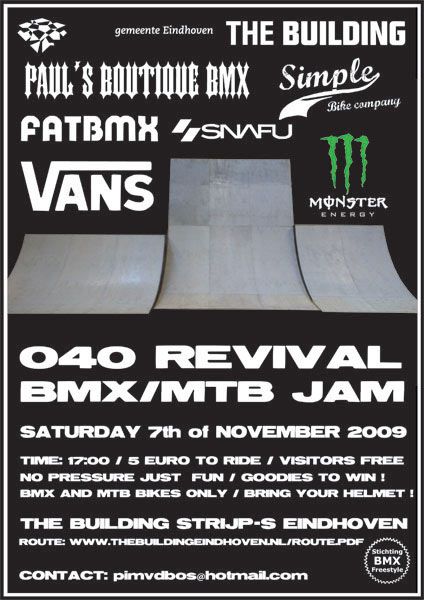 rea51 Skatepark will have to move too. The city of Eindhoven is already looking for a new location where there will be a place for everyone. A separated skatepark, BMX park, climbingwalls, The Building etc all in the same area. Riders have to show up to make a statement to the city of Eindhoven that we want and need a good indoor facility to ride! The more riders will show up at the jam, the more the city of Eindhoven will get convinced that there are lots of riders who want this place. Please come over for the future of BMX in Eindhoven and for a good time! Check the flyer for all the info. Contact me if there’s anything you’ll need to know. The jam is going to be awesome!