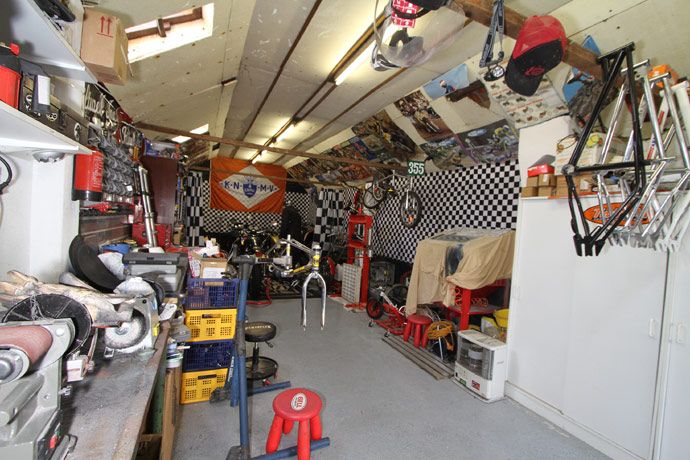 You've been running a BMX shop for almost 15 years now, how is that going?
Paul: Very good, it's better every year even with the crisis going on, experience is not paying the bills but it saves a lot of wasted money. 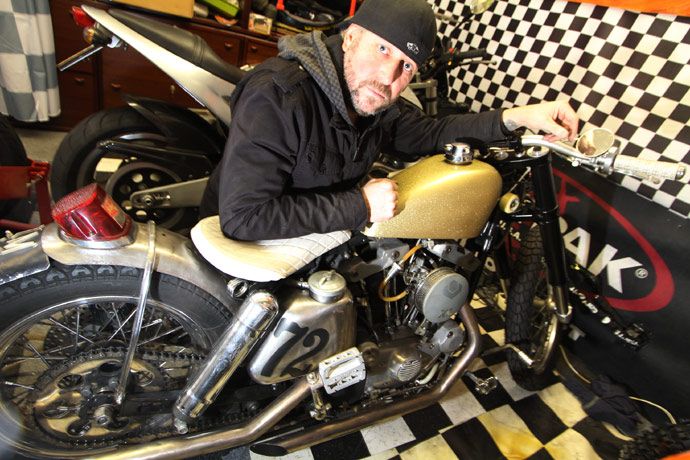 After fifteen years you know at the end its gonna be a good year, I wanted to quit every winter but when spring is in the air and customers are coming in the shop again, I forget the cold days. 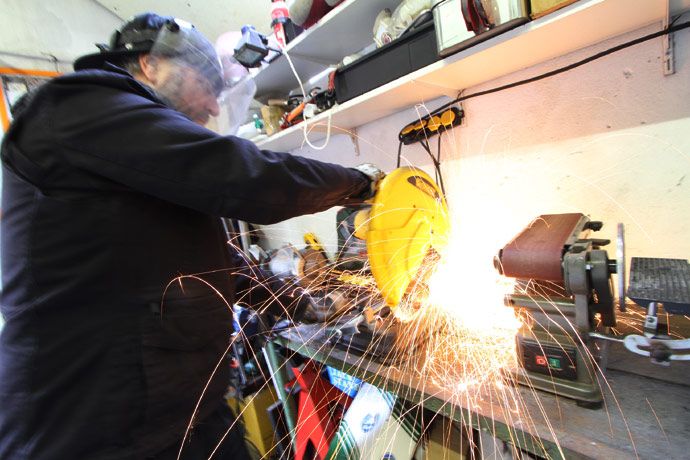 We don't see you on the BMX bike too often, why not?
Paul: Let's say my body can't handle it anymore. I ride to my parents' or postoffice but that's it, I have lots of bikes but they stay new.

So in your spare time you work on motorcycles, what kind?
Paul: I work on Harley-Davidsons because they need to be worked 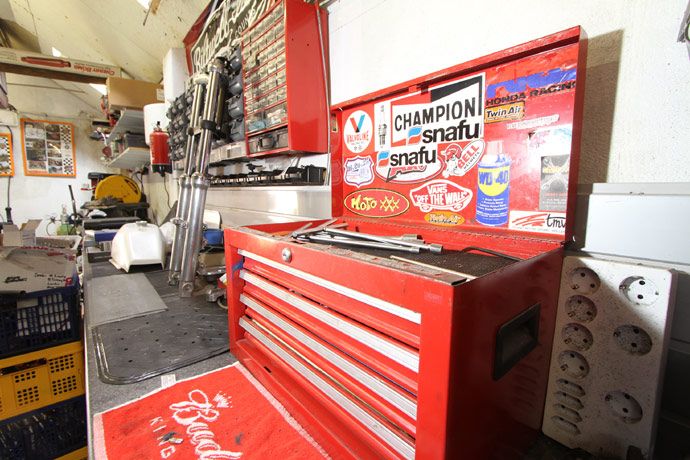 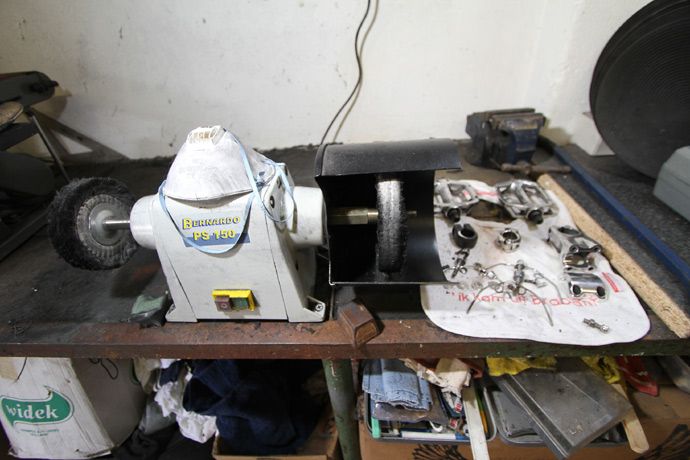 You also distribute Biltwell products, what do they make and who are your customers there?
P 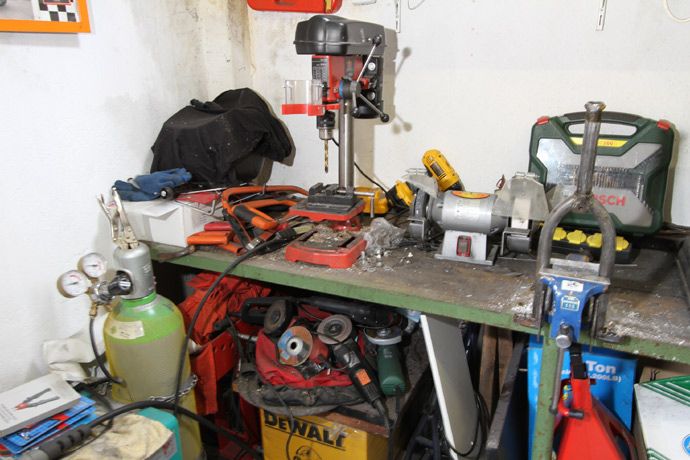 aul: Biltwell is a brand done by the same people as SNAFU so easy for me to help them out to expand their sales in Europe. I have Old Mill Choppers as a customer for the "real" chopper guys and sell some stuff on Marktplaats (Dutch Ebay). It's just to help McGoo & crew get rid of their awesome Helmets, Pipe kits, Seats, Seatbrackets, Handlebars etc. Check www.biltwellinc.com for all their stuff.

What tools do you have in your workshop that help you build amazing stuff? 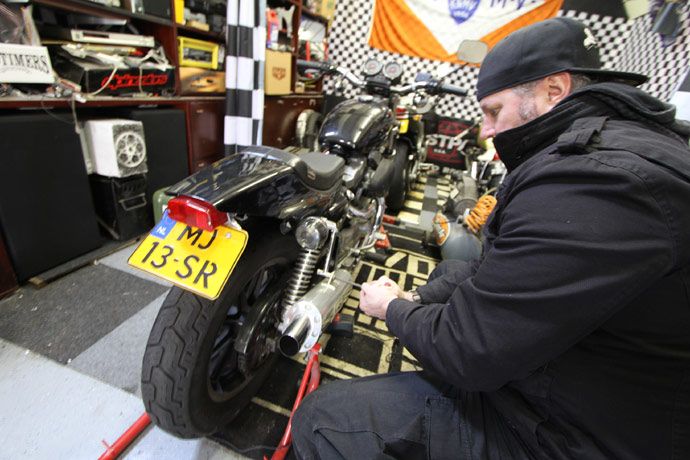 Paul: The problem with tools is that you never have enough, sometimes I open a box in the workshop and find a grinder or airtool that I bought but forgot I had it already. I have 4 Aircompressors, 5 grinders, 4 complete toolkits, Mig Weldingmachine, 20 tons press, sandblaster, metalcutter etc. but mostly I use a hammer and hacksaw hahaha. My music system is the most important tool, no building without Johnny Cash.

What are some of the things that you welded up that are still going strong?
P 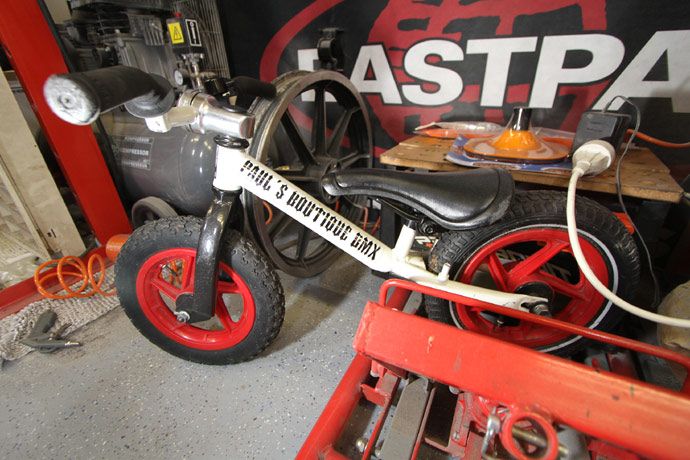 aul: Everything I welded is still in one piece, except for the holes in my t-shirts and jackets. I suck at welding cause I'm actually a carpenter and don't take time to learn it. I bought a book "how to Mig weld" but it's still new, I always think: "if someone else can do it, I can do it". My son's bike is still in one piece and the welds on the Harley's are still good but I don't trust my welding skills on critical places like forks/frames etc.

What websites or magazines do you read, and which ones do you like (chopper stuff)? 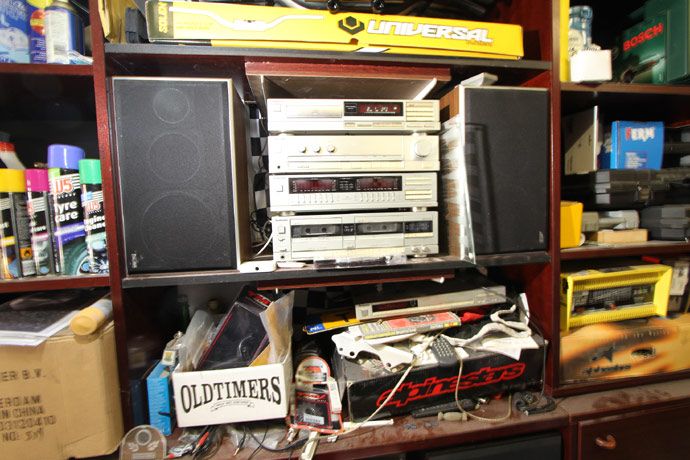 Paul: www.chopcult.com, Kim Boyle's BCM blog, www.biltwellinc.com and Easyrider magazines to see how other people are building bikes and I read Bigtwin (Dutch Choppermagazine) how to NOT build a bike. I'm not really into the "scene" cause I go my own way, I'm not like the Japanese dudes who copy everything and think they're cool. If you don't like my style: Fuck it!

Do you get asked if you're Paulie from that custom chopper TV show?
P 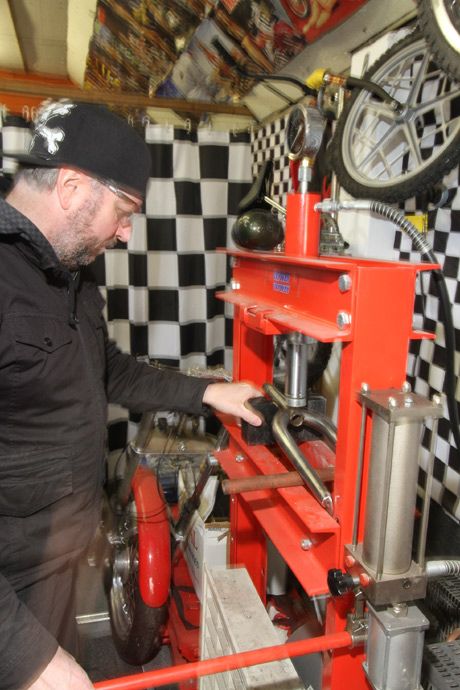 aul: All the time! But they keep on asking where the "Black Widow" bike is. Paulie, Paul Sr and Mikey are a bunch of smart clowns who became miljonairs with building shitty bikes and the real builders are building nice bikes and don't have money at all, who's smart? They helped the whole custom scene a couple of years ago with their TV show but only the real builders will survive.

How's the project going with Maat's bike?
Paul: Maat's bike is not running very well and he still didn't get his drivers licence so it stays at home. He bought two other projects so he will be busy this summer with building those and not able to ride them at all. I did a "virgin run" on his SR500 and it was the scariest ride ever. He is the guy that can make a bike look very good and his style is awesome, but he has never ridden a motorcycle in his life and it might be better to keep it that way.

When's the next Harley Davidson show in Aarle-Rixtel taking place? Any projects that need to be finished by then?
Paul: I wanted to finish the XL1100 for the show but didn't even 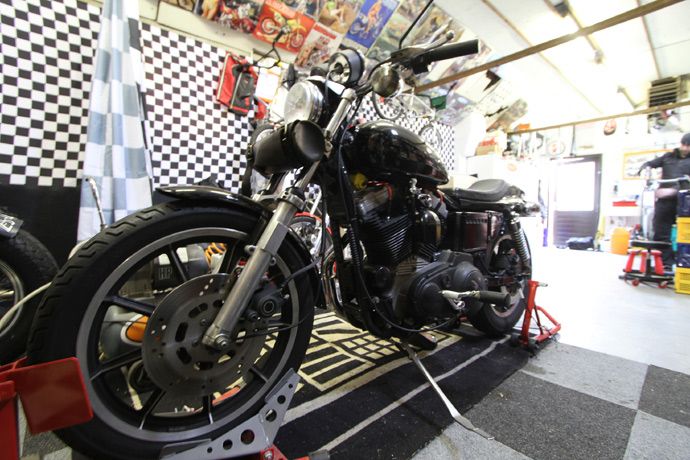 start at all, winter was very cold so no building for the last 5 months. Then I wanted to put a new fork in the XL1000 but I still have to start and the show is in two weeks so I don't think I can make it. I will try to make it happen and its only half mile from the shop so I can ride my bike there even if it's not 100% ready, for half a mile you don't need brakes.

Are you from the Westside!!!!!????
Paul: WESTSIDE MOTHERFUCKERS!!!! Funny story, I had a guy calling for a BMX bike for his son and said he is the President of MC Satudarah, a motorcycle club connected to the Hell's Angels. I told him I ride Harley's too and he gave me an official "Westside" hoodie which says "Westside Motherfuckers" and I wear it very proudly 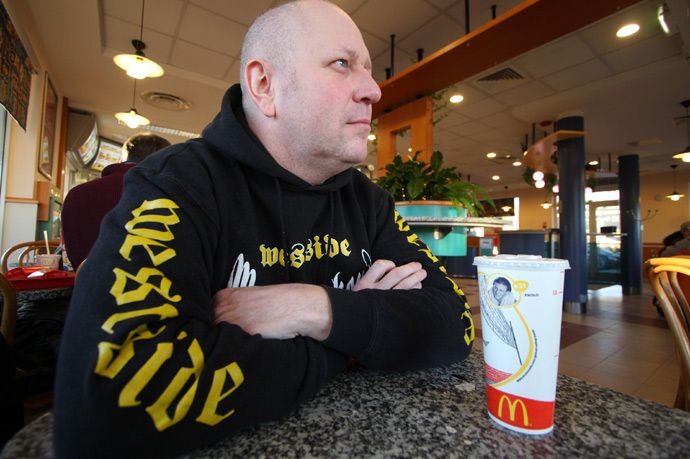 Last words: Thanks FAT for this Workshop Wednesday interview, it made me clean the workshop for the first time in a couple of months. Biltwell for making awesome products, McGoo/Bill/MikeD/Eric/Chris/Kim etc for inspiration and friends & family for laughing when my bike brakes down or when I set myself on fire again. All customers that kept me from going to work for 15 years, Thanks! 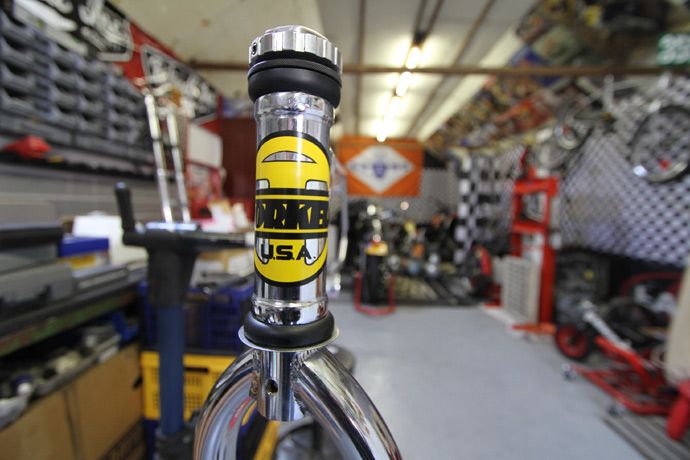