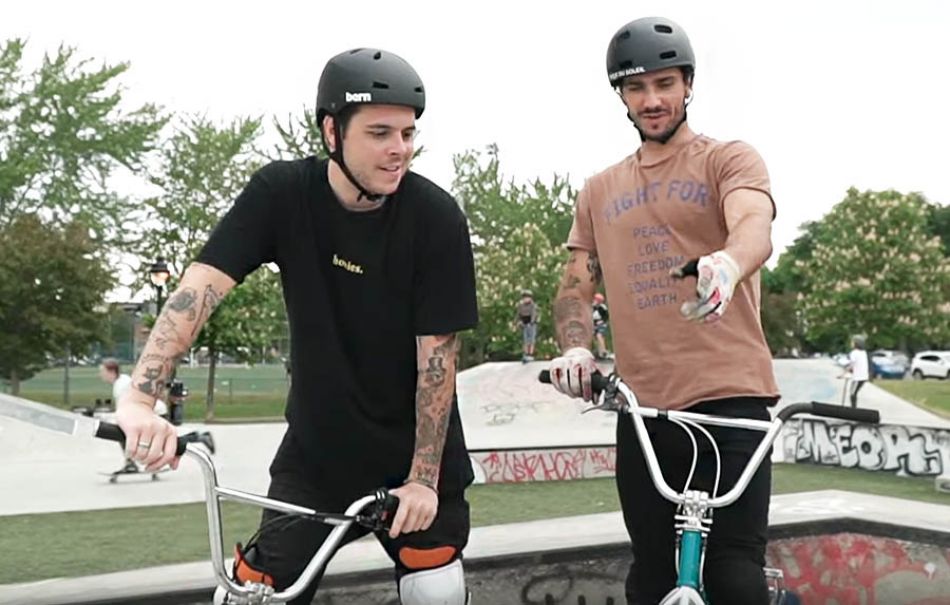 For this week video, Jemcee called us and ask us to teach him how to ride a bmx bike! At first, he wanted to learn how to do a barspin but he realized really quickly that it was much harder than he expected. So we decided to show him the basic bmx skills and bike control first.

Jemcee got good really fast and started dropping quaterpipe and jumps over gaps. Once he showed some confidence on the bike, we made him drop in the Biggest ramp of the skatepark. Jemcee was quite nervous but got it like a champ!

The final challenge for him was to jump over the biggest jump of the skatepark so make sure you watch until the end to see if Jemcee jumped it or crashed really bad haha!

After that, the session really start popping off and we started sending the most insane trick we have done on the channel since the lockdown happen. So make sure to watch until the end to see crazy tricks!

Let us know in the comment section if you want Jemcee to come back on the channel and do a Jemcee VS BMX version 2!

Thank you all for watching this video, make sure you subscribe to the channel because we drop BMX videos every single week for you guys. Also drop a thumb up to show you support and drop a comment to let us know what kind of videos you guys want to see!

More in this category: « First session in a fresh Skateland Rotterdam! by Stuart Gibson DILLON LLOYD & JUSTIN HUGHES - Wethepeople BMX »
back to top