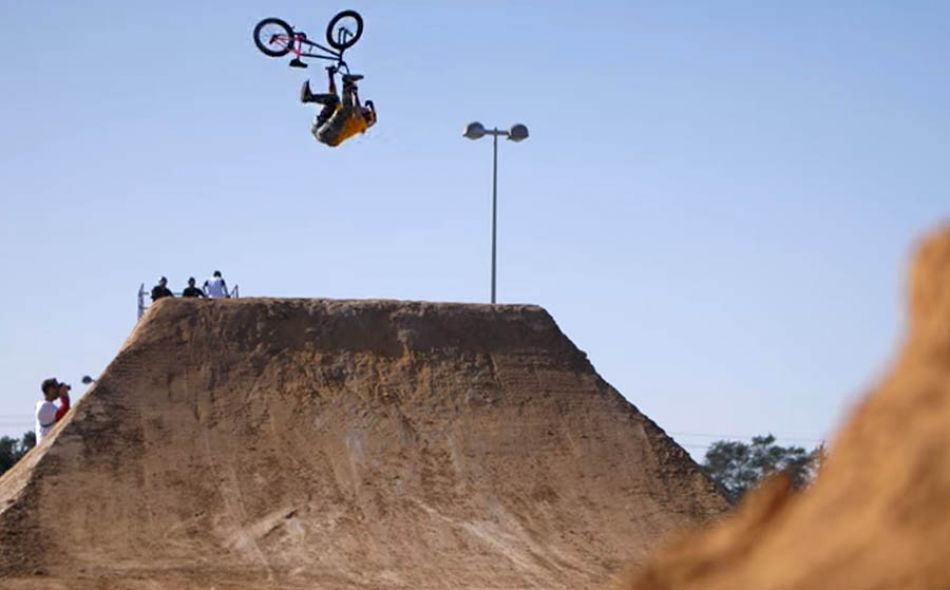 I guess I'll start off by apologizing that this has taken so long to get online. As I said at the end of the practice video, I was in Houston filming an official recap video for Monster.

I've been waiting for that edit to drop before this one and there's been some back and forth about when (and where) that edit was coming out. That edit is officially dropping Sunday, but let's not wait anymore... Also, I'll apologize for the quality of the video at times. I've saved most of my personal footage for the Monster video and this video was filmed by Cody Hennings, who helped me out in a pinch. Cody is not a filmer, so excuse the issues and just consider that without his help, this video simply wouldn't exist at all. So don't get all youtube commenter on us... —Ryan Fudger

With that said, I'll just copy Jeff Z's words about the event as he's already done a great job summing it up:

"After a COVID-19 induced dry spell of events over the past 10 months, it was awesome to ease back into the BMX mix of things again—even just a little. While we’re still not out of the Pandemic woods yet, society is beginning to learn how to cope while keeping the gears turning. In the case of the BMX Triple Challenge in Houston that meant keeping the rider list to 16, along with temperature checks and stern mask wearing and social distancing guidelines in place. COVID full-proof, certainly not, but as BMX riders, we’re already accustomed to inherent risks, so taking on some residual isn’t a deal breaker, I guess. With only 16 riders, the format was “straight to Finals” style, consisting of four runs, best run counts—with a unique twist having additional points from Best Trick getting factored into the rider’s over-all scores as well. That meant a day of practice followed by the event day. Unfortunately, the practice day quickly turned into a socially distanced parking lot party thanks to 35MPH gusts of wind. Of course, that didn’t thwart Larry Edgar from blasting the quarter and riding the course in just about every other direction other than actually hitting the two jumps back to back. And Peraza could’ve filmed a web video on the roll-in. Even a traffic cone got sessioned—which was a BMX Triple first. Once the sun went down the wind chilled—and so did the temps. A few riders braved the cold, but the construction light illuminated nocturnal session was short lived. Judging from the level of riding and consistency, you never would’ve guessed that the riders were just coming off a ten-month break in competition. Unfortunately, there were still some bouts with the wind. And a few riders did get sidelined from injuries—including Jeremy Malott and James Foster, who both suffered shoulder injuries. Colton Walker and Jake Leiva got a little banged up, but kept it going, and Anthony Napolitan tweaked his ankle during Best Trick, but at least he made through the entire event. A silver lining from Jeremy’s injury was having Texas local Morgan Wade show up and shred in his place. I think Morgan superman whipped the second jump on his second run through the jumps—classic Morgan. For me personally, I think a highlight of this event was the Best Trick. Pat Casey sent the tailwhip cashroll (which he also did in his run), Mason Ritter did a heel clicker decade and attempted a 180 flip to fakie. Ryan Nyquist has so many wild tricks and combos, he probably had an inner battle on which to choose, but went with the no-footed cancan barspin, which, was… absolutely flawless. Amazing, really. But Larry Edgar really stole the show, as I mentioned earlier, he was riding the course against the grain the day before—jumping the second jump backward then airing the first jump landing and speed jumping back over the second jump. He upped the ante during Best Trick with a 360 over the second jump backward, straight into a flair on the landing of the first jump. Creativity, skill, power, and some a dash of freestyle—that’s what it took to win Best Trick. While I don’t see the events floodgates springing wide open any time soon. I think the BMX Triple in Houston proves that smaller controlled events, when conducting responsibly, are possible. Congrats to Monster Energy and the entire crew that made the event possible. Hopefully this is a good sign of things to come…"