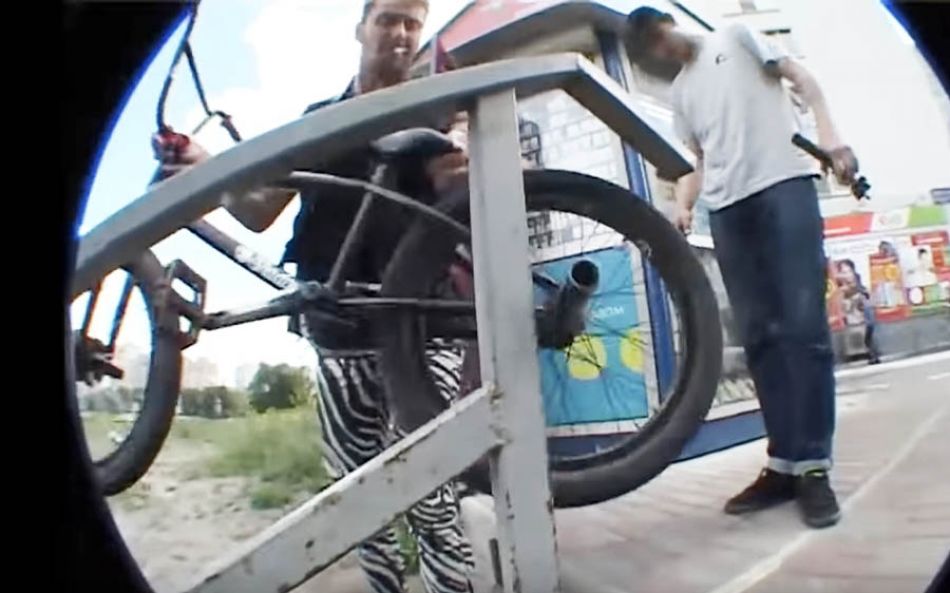 The Urodi crew are back again with another wild vid. Their latest video, “Reincarnation” (not to be confused with the Ride video of the same name from 2003) is 42 minutes of debauchery you’ve come to expect from these Kharkiv, Ukraine natives. And new clips of the enigma that is Anton Kutafin; can’t go wrong with that.

"We're sharing our new video 'Urodi Reincarnation'. This time we decided to move away from the usual format and used Sony vx2100 for filming. Initially we weren’t aiming for a full video, but after a couple years of unhurried filming enough material had accumulated and we decided to push things forward. This video was filmed from 2018 to 2021. For us it’s a 'weekend video', many riders don’t have an opportunity to ride as often as before, because of daily job and family responsibilities. Also, there is fresh blood in our crew, young riders that are a part of 'Reincarnation'. Overall energy of the video is a joy of spending time on a bike with your homies. Enjoy the screening and thank you for your attention!" -Anton Maslov

More in this category: « Artem Agarkov - Meanwhile in Russia PALS ETC. - A Denvercentric AANGLES™ Tangent »
back to top