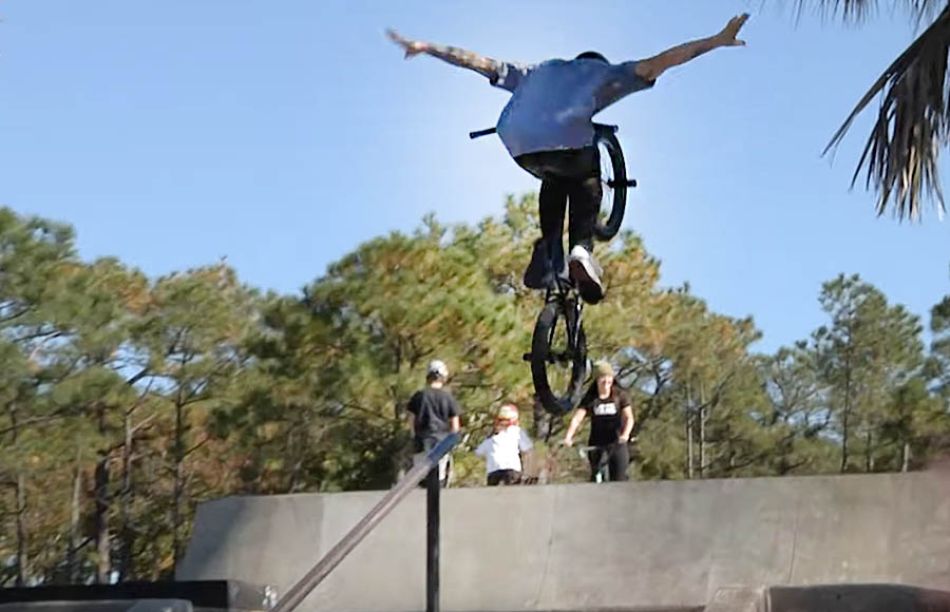 Day 2 of our trip to Wilmington North Carolina we head to a local concrete park for a way more laughs than riding, but there was riding in there for sure.

Michael, Alex and Nyquist all killed the park as Dennis manned the camera while was on the DNR list from casing the box jump 36 times in a row at Ryan's ramp the day before. We found a gritty street spot under a bride down by the river where Matthias filmed a promo for his upcoming La Bastille Frame release and Michael decided to ride a water landing because that's the new hot thing... We nded the day a maybe the nicest indoor bowl in the world, or one of the nicer ones at least. Tune in for Day 3 dropping January 6th 2022!! HAPPY NEW YEAR EVERYONE!!!!

More in this category: « The Best BMX Tricks Of 2021! | Matty Cranmer Year End Countdown by Scotty Cranmer Copinghagen – SIBMX in CPH »
back to top