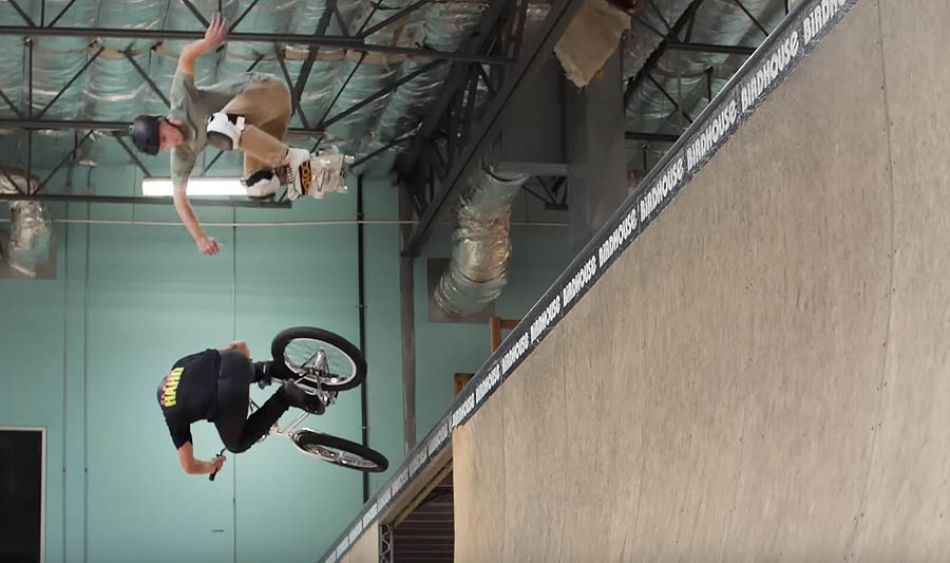 We've been following this guy since the very early days of DIG after watching him kill it at the very first Backyard Jam in Hastings back in 1991, a couple of years before we even had our magazine up and running. Halfway through making this video for Haro, Simon suffered a heart attack, stroke and fell into a coma. The fast that he's still alive is incredible enough, let alone the fact that he's shredding as hard as ever.

"This all started as a tribute to vert riding from one of its beloved BMX sons, Simon Tabron. For over two decades, Vert riding took Simon all over the world and became a way of life, a means to a living. And looking back on it all, Simon wanted to film something specifically dedicated to BMX and Vert Riding, the thing that gave him so much over the years.

But LIFE had other plans.

Shortly after starting this project, Simon would suffer through a series of life threatening events that would call into doubt his ability to ever ride a bike again, ride BMX again, ride VERT again.

But true to the very nature of a Vert Riders, a breed that finds joy in what others find outright terrifying. Simon was not held back by a heart attack, a stoke, or even a coma. Simon picked himself up off the flatbottom of life and a year later was back on the deck for another run.