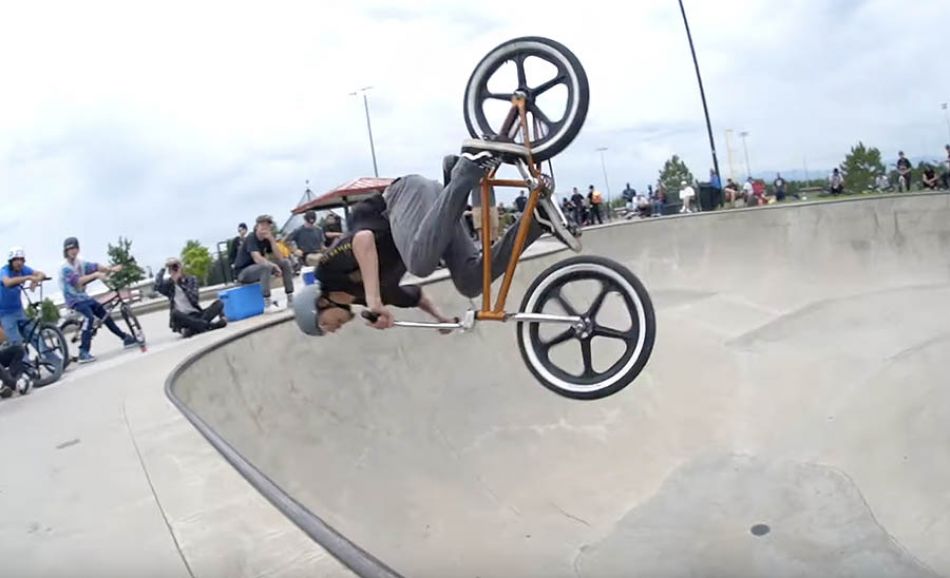 "Pusher BMX & Grindwheel got together to throw "Pressure @ Pioneer Park '' Comp out in Commerce City, CO. Pioneer park has a reputation with its big set ups. A massive Bowl in the back and a big Plaza section up front.

We had our sign up table and let the riders pick, bowl or plaza and some did both. Top 3 from each comp won the goodies. Great way to kick off the summer, a bunch of rippers showed up and great times were had, see you at the next!" - Daniel Camacho