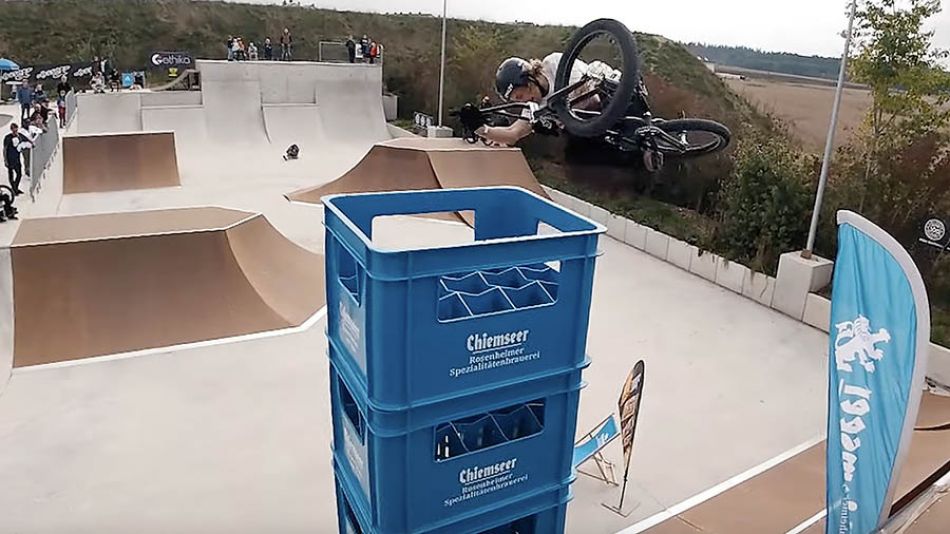 It’s been a long time since the last Ride Further Tour, so when we had the idea of doing an event at the brand-new Lohhof skatepark, we thought about doing something special by going back to what we all enjoy: BMX in its variety of different riding styles!

Because of the rain we had to change our plans from an overall skatepark contest where street, park and bowl would be combined to sessions at certain dry parts of the park. But that way AMs got to ride with the Pros which got a lot of the locals stoked.
Our MC Max Henning was handing out Cash 4 Tricks at each session but we also crowned the best lines, hardest trick and overall/ rider's rider.
Emma Silva got a special award, but check out the video why.
Even with all the rain it was a fun and good weekend for BMX and at least nobody got sunburned! ;)
.
Filmed & edited by Philip Kölsch
Music: Swoon by Slow Crush

More in this category: « Sunday Session 3 by Flat-Motion. Bogota The CLICHÉ Crew - Breaking the Stereotypes in Women’s BMX »
back to top