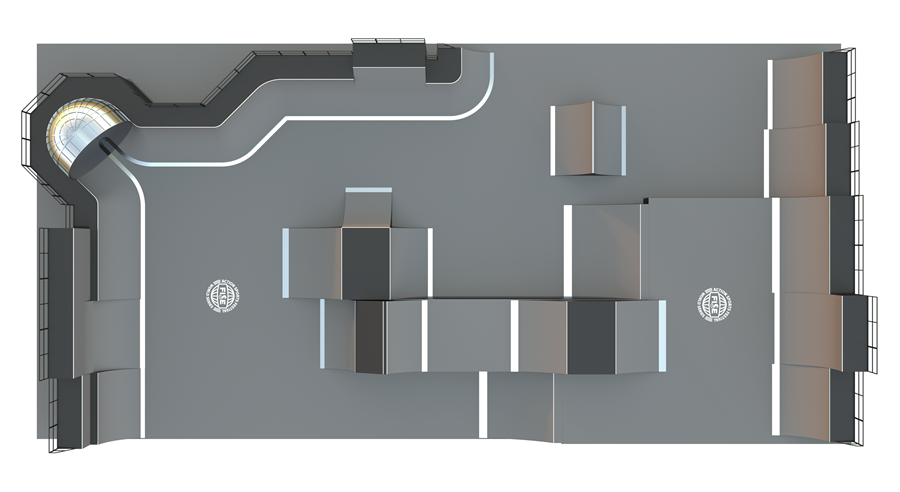 The Freestyle Park is primed and ready to host the UCI BMX Freestyle Park World Cup competitions. Last year a new wave of Japanese riders stole the show, with their insane skill level. Enhanced by the massive home crowd in front of them, they proved that Japan is a real talent tank. Women pushed it to 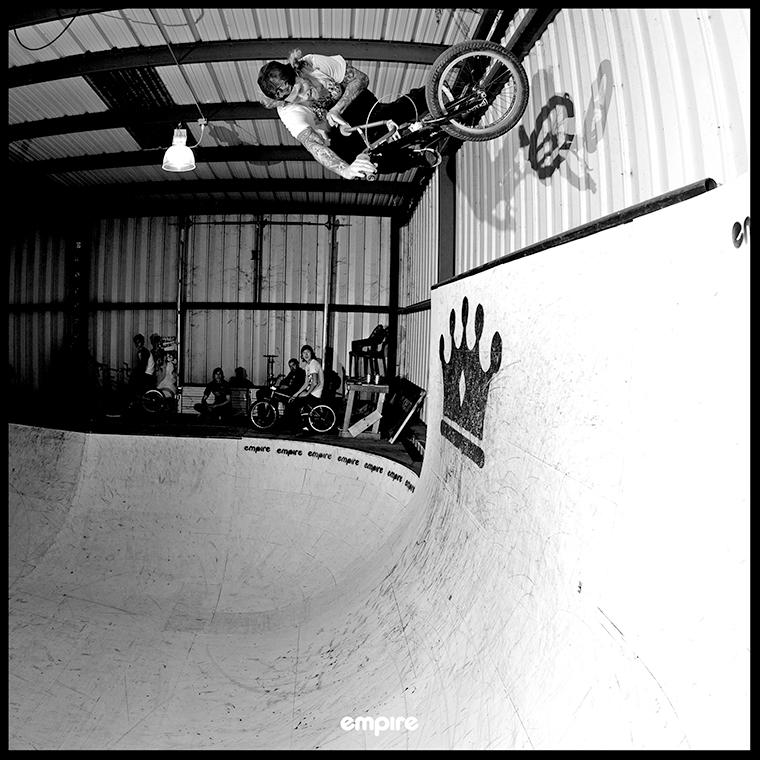 A message from the folks at Empire: Our friend Joe had a bad motocross accident a couple months back, and we're making this shirt to help him with his medical expenses. he is going strong and attacking recovery with his usual intensity, but could use all of our good vibes and support. if you're like us and Joe has been a constant source of inspiration and awe, on and off of his bike, please snag a shirt! all profits are going to the man :)

- only ordering the shirt, or ordering other stuff to be shipped when the shirt is available, select SHIP ORDER WHEN THIS ITEM IS AVAILABLE 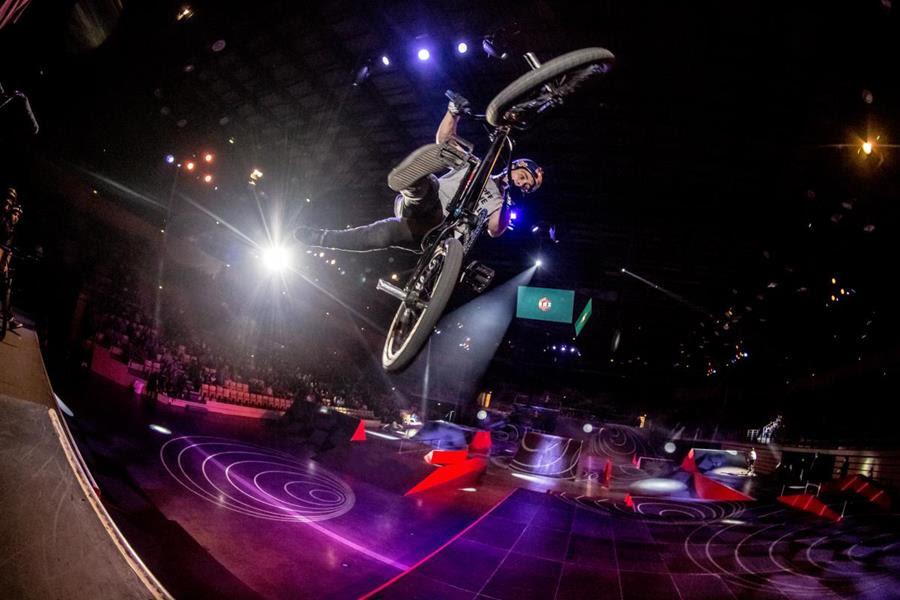 From the 3rd to 5th of May 2019, the Spanish capital will host the FISE European Series, a brand new multi-disciplinary series bringing action sports and adrenaline to cities around Europe. In the Region of Madrid spectators can enjoy watching BMX Freestyle Park and Skateboard, two disciplines newly introduced to the Tokyo 2020 Olympic Program.

Alongside competitions for pro athletes we will also host amateur events, giving local riders the chance to enjoy the massive ramps built in the Wizink Center, a dream spot right downtown. In front of the stadium, on the Avenida Felipe II we will stage BMX Flatland demonstrations, and Skateboard 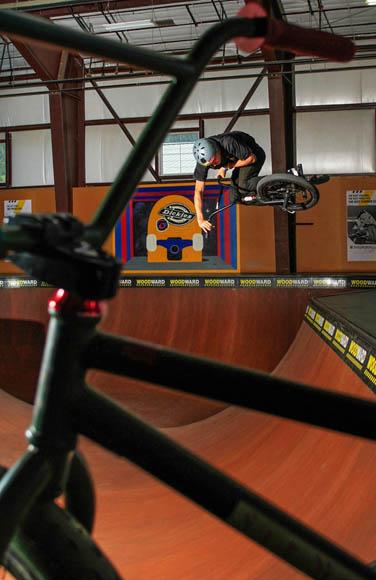 Woodward Copper announced its early bird registration for BMX camp. With multiple opportunities to save, Woodward Copper is offering deals until March 28, 2019 with just $199 down. To secure a spot to shred at camp this summer, register at campwoodward.com/copper. Located in the heart of the Colorado Rocky Mountains, Woodward Copper is every BMX rider’s paradise. With its world-class facilities and local park trips, Woodward Copper provides campers with the opportunity to learn from the best trained and certified coaches and get inspired with weekly visits from pro athletes.

From the 19,400-square foot Barn facility, an indoor playground with skatelite ramps, jumps into foam pits and a pump track, to the local dirt jump and bike park trips, campers will experience the best of BMX riding in Colorado with the top instruction every step of the way.

Whether it is a campers first time on a bike or they are honing an arsenal of tricks, Woodward Copper offers programs for everyone at every level of progression from ages 7-17. In addition to the highest quality of BMX instruction, Woodward Copper’s weeklong overnight camps offer a diverse array of activities including sessions at the Woodward WreckTangle ninja obstacle challenge, rides on the Rocky Mountain Coaster, and organized all-camp activities.

To ensure the top amount of savings for Woodward Copper early bird BMX registration, be sure to check the following off your list: 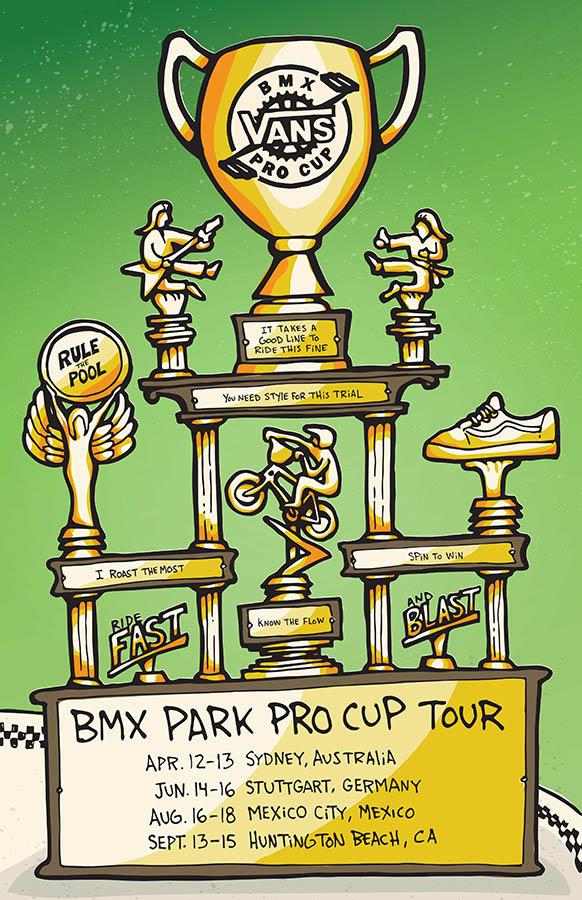 The Vans BMX Pro Cup Series, the world’s definitive platform for elite BMX park terrain competition, announces the official pro tour dates and locations for the 2019 season. Now in its third year, the celebrated BMX competition series for men and women will take place in Singapore, Australia, Germany, Mexico, and the United States, and will continue to support emerging BMX communities with national and regional qualifiers open for registration.

The Vans BMX Pro Cup Series is excited to land in three new locations and three new parks in Germany, Mexico and Huntington Beach for the 2019 Pro Tour, in addition to hosting Nationals events in Singapore and the United States. Both the nationals and regional qualifiers events aim to secure a diverse pool of talented BMX riders from around the world. All Pro Cup contenders will have the opportunity to earn regional placings in the race to the Vans BMX Pro Cup World Championships, to be held in Huntington Beach, CA, United States. 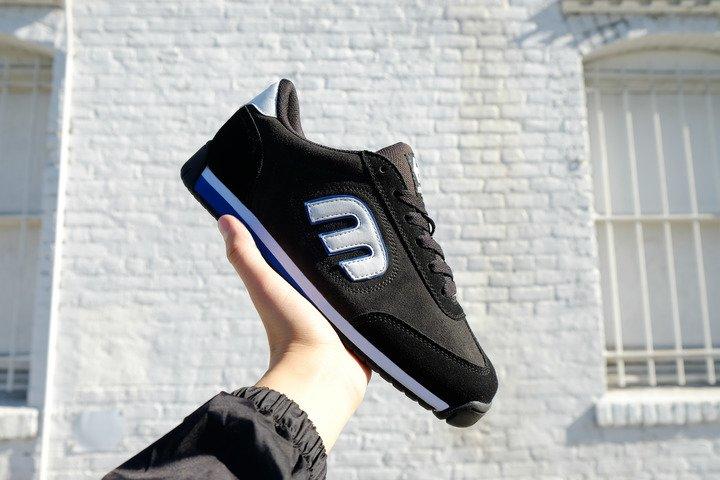 etnies, global action sports footwear and apparel company, is proud to release our 2019 ICONS Collection with new spring styles and colorways. Drawing on their extensive heritage, etnies has reissued some of our most groundbreaking styles that changed footwear forever. The ICONS Collection. The LoCut, Calli-cut, Czar and Senix Lo were each innovators featuring a padded, puffy style that gave much inspiration to the fashion of an entire generation and became staples in the skate sub-culture.

2019 ICONS Collection. etnies pays tribute to these styles by recreating the classic double strobel stitching on the sidewall, as well as a soft PU tongue and collar lining for that genuine vintage feel. 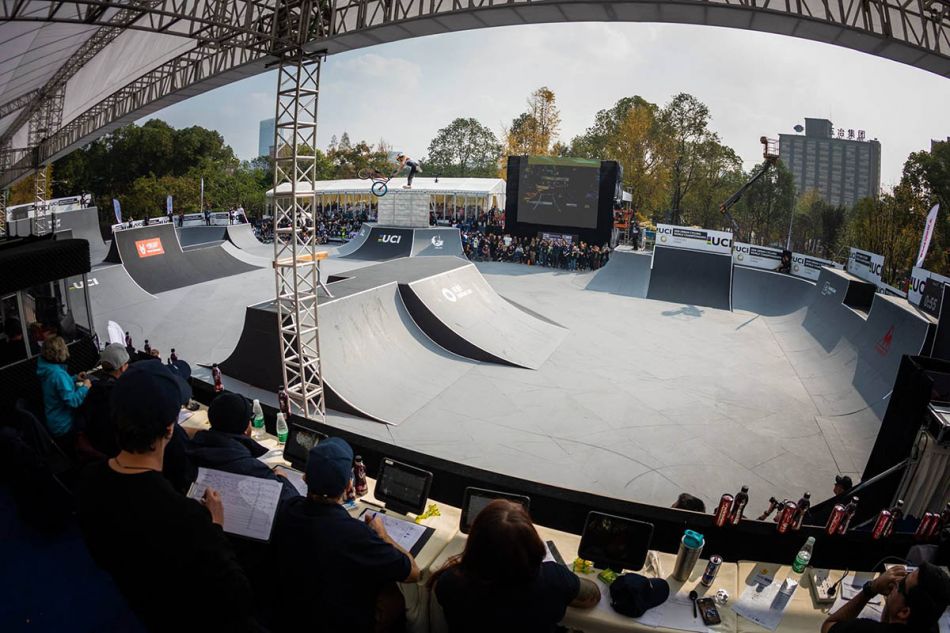 GAISF is delighted to announce that the Hungarian capital of Budapest will host the inaugural World Urban Games from 13-15 September 2019. The World Urban Games, powered by GAISF, promise to be the ultimate global showcase for a new generation of urban sport. Held every two years, the multi-sport Games will feature a wide array of events, including sports competitions, showcases, and demonstrations that fully embrace music, dance and urban culture. Among the sporting disciplines forming part of the World Urban Games Budapest 2019, 3×3 basketball, BMX freestyle and breaking* will all be included on the Tokyo 2020 and/or Paris 2024 Olympic programmes.

GAISF was approached by almost 50 cities interested in hosting the Games, including Barcelona,

Find out who is competing in Battle of the Champions 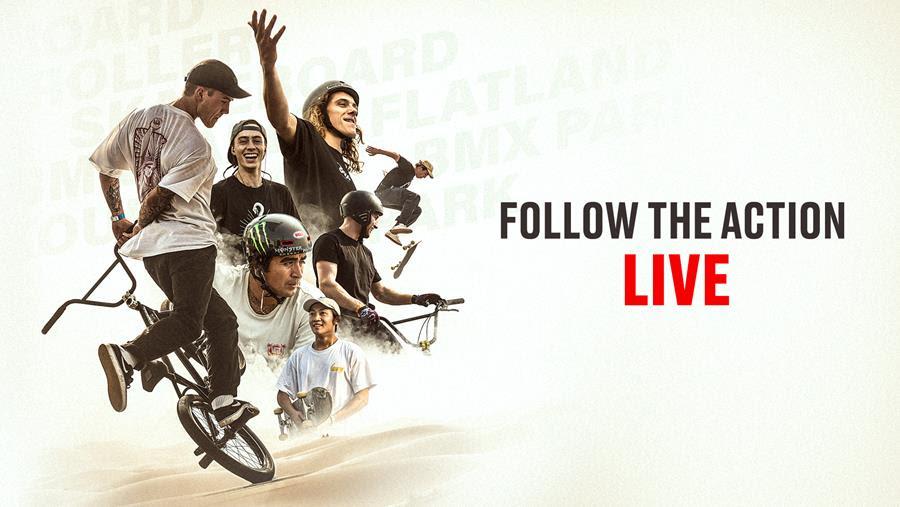 Find out who is competing in Battle of the Champions, Al-Ahsa Oasis, Saudi Arabia. March 14th, 15th, 16th 2019. The Battle of the Champions is an invitation only event for the pro category, featuring the top athletes in 6 Sports. True to FISE's DNA, there will also be amateur competitions and open contests which will give the opportunity for local riders to show that the Saudi Arabian Action Sports scene is thriving! 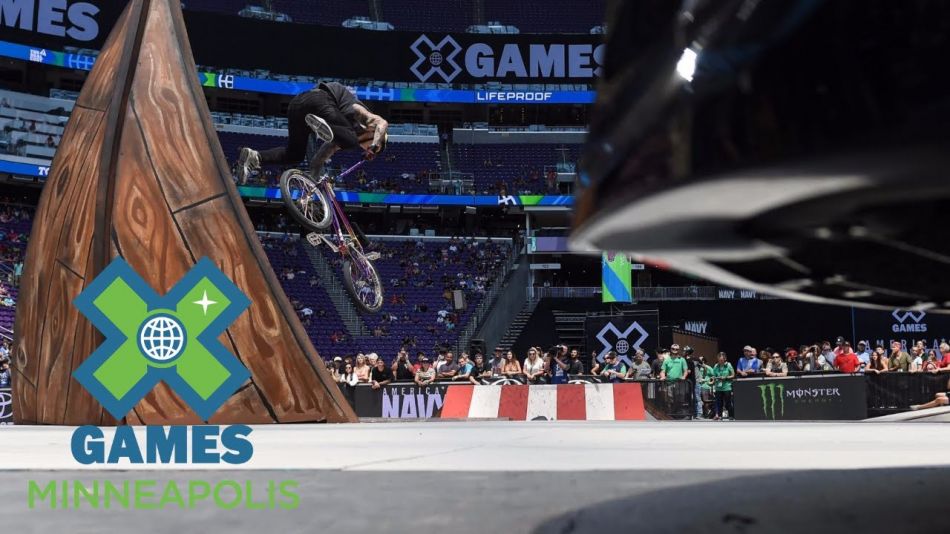 Tickets for X Games Minneapolis 2019 offer fans the unique opportunity to experience top-level action-sports competition by day and world-class musical offerings by night, all within the comfortable and 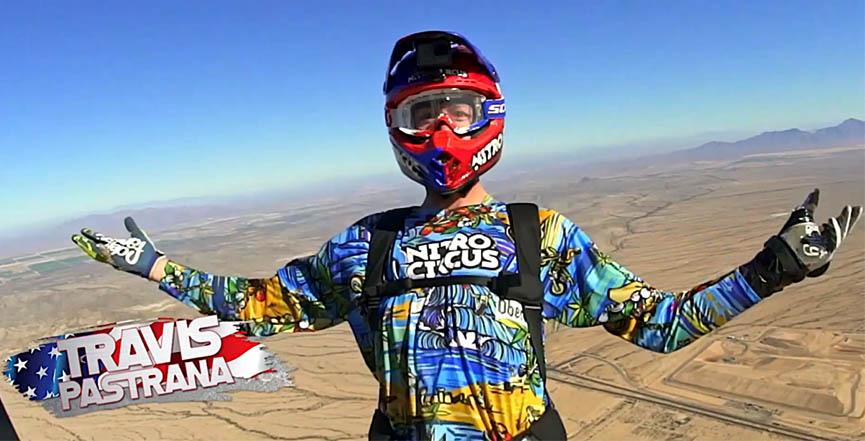 A sequel to the popular Action Figures, Action Figures 2, is both a passion project for Nitro Circus ringleader Travis Pastrana and an ode to the raw action sports videos of the past. Now available for the first time globally, Action Figures 2 features Pastrana and friends progressing the world of action sports while having fun in the process. The high adrenaline film, Pastrana’s second directorial feature, captures the extreme capabilities of some of the most daring individuals on this planet. The project was a true team effort, though, as Pastrana gave each athlete the opportunity to contribute to the ideation, filming, and editing of their section. These real-life action figures go bigger, farther and