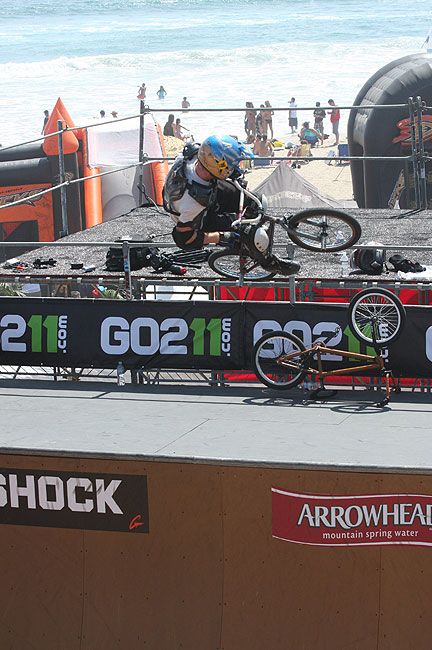 We've been hanging out at the beach for the last few days. Now that's not really very interesting to report about in a normal case but when the Soul Bowl is built up on the sand and a whole lot of pros are invited to shred on the ramp, it's a different story. Add a "BMX Legends" jam and you've got yourself an event that you did not want to miss. The whole BMX contest a part of the US Open of Surfing festival and it's held right down in Huntington Beach. It turns the town upside down with tons of people on the streets and people on the road showing off their exclusive cars and motorcycles. It's almost like a circus but an ultimate weekend if you just want to watch people.

The BMX Legends jam turned out pretty good but could have been better if Mike Dominguez had not been injured, Tony Murray would have shown up in time to ride the bowl and if Eddie Fiola would have stepped on the bike. The riders who put on a hell of a show were Xavier Mendez, Dave Voelker, Brian Blyther and Ron Wilkerson. It went from good to better and the grand finale was insane.
Read more
Comic 'n Art 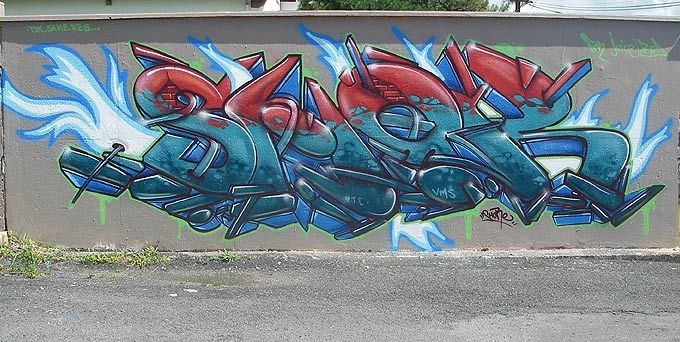 Like BMX, graffiti is worldwide. We found these pieces on a trip in the South of France in a village that wasn't as "Urban" as you would think by seeing all this paint on the walls. Some of them are pretty decent but others aren't the best we've ever seen. We still cropped the photos, re-sized them one by one, saved them for web use, uploaded them one by one in the system for you to see. Enjoy. I hope. 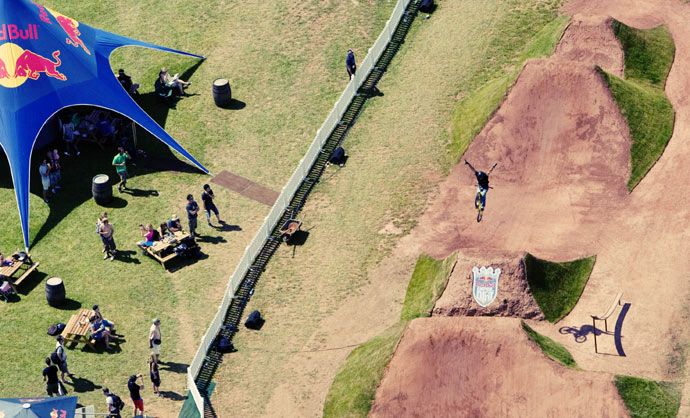 Corey Bohan (AUS) conquered one of the most insane BMX courses ever constructed, to be crowned winner of Red Bull Empire of Dirt 2008. It wasn’t easy: forty of the world’s best BMX riders descended on Devon and for the last two days have competed for one of the most desirable prizes in BMX: winner of the world’s first BMX dirt slopestyle competition. After last year’s was cancelled due to poor weather conditions, this year’s competition
Read more
News

The action really kicked off today. 33 of the World's finest BMX riders on the planet stepped up to the plate and took on the mother of all courses. Local legend Kye Forte (UK) ended up in top spot closely followed by Gary Young (USA) in second and Dane Searls (AUS) in third. Kye commented: 'The course was savage today. I'm really going to have to step things up tomorrow to stand a chance.
Read more
Racing

With EIGHT Redline riders from five different countries packing their bags for BMX's big day in Beijing, their custom REDLINE Olympic bikes are getting built up for what will no doubt one of the most important BMX races in the 40 year history of this "young" action sport. REDLINE has just released some sneak peaks of the
Read more
News 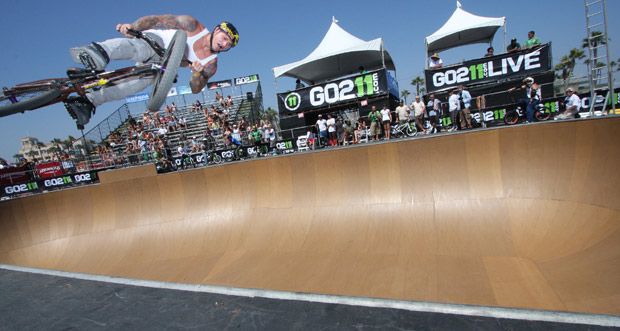 Life is good. I left for California earlier this week. Took a train to the airport, checked in and had to board right away. Right before hopping on the plane the lady said I had been upgraded to seat number 6G. Now if you look on your left when you enter one of those big planes and see those huge comfy chairs that fold all the way back and turn into a bed, now I was in one of those! The flight started with a glass of champagne, and another one, and one more..........
Read more
News 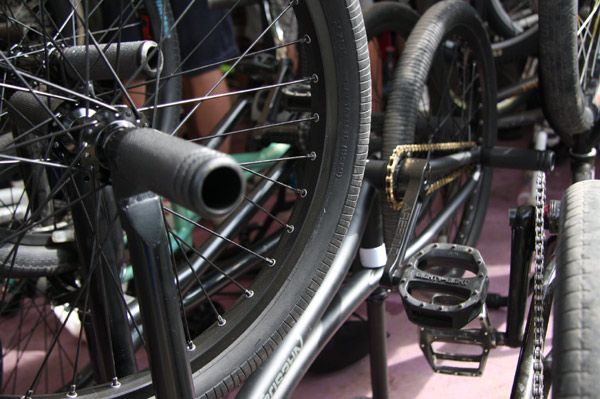 From July 29-31, the Orange County Fair will enjoy three days of gravity-defying action sports entertainment when ASA Entertainment’s Big-Air BMX Triples event jumps into action at the OC Fair’s Action Sports Arena. At 8:15 p.m. each night, ASA Entertainment (ASA), the global leader in action sports event and television production, debuts a unique spin on BMX bike riding in Southern California with an international roster of competitors sure to thrill even the most casual action sports spectator.....
Read more
News 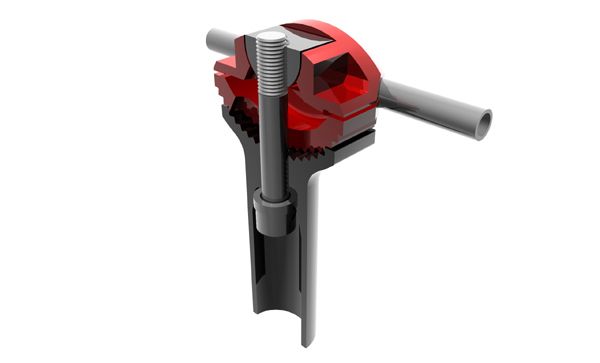 We’ve been working with a guy called Andy Cheney on parts development for éclat, and recently noticed the new S&M Pivotal converter. Turns out Andy was working on something similar, so we thought it might interest people to check another perspective. We've also asked Andy to comment on his version of the converter, since he's been working on it the past few months now. Here's what Andy had to say:  "Sometimes we all have good ideas.
Read more
News

Mirraco have added Grips to their growing line of M3 Bike parts. The sticky rubber is very soft and comfortable making it an instant favorite by the team riders. The M3 grips have a plastic bar-end cap and come in black, white, grey and light blue.