Running a BMX Shop during the pandemic: Backbone BMX (AUS) 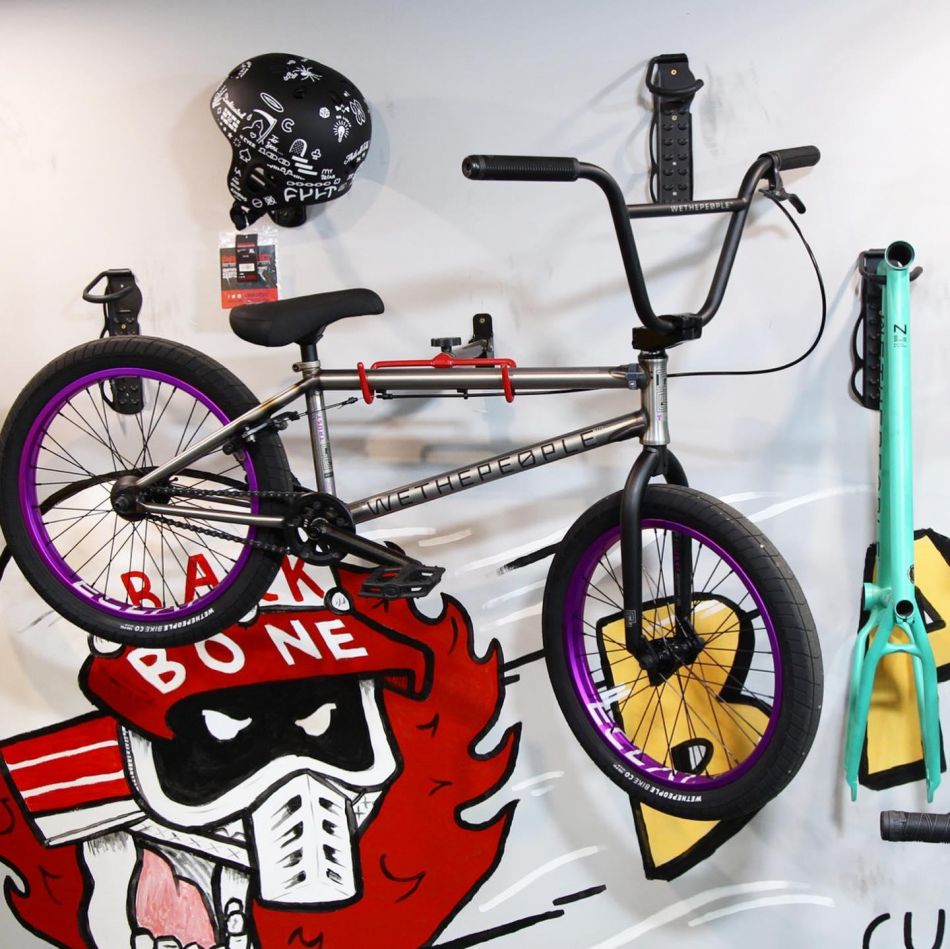 Shop name: Back Bone BMX
Location: Belconnen, Canberra, Australia
Years in business: 2021 is our 16th year!
Best year yet: Every year is a good year
Worst year yet: Last year was difficult and the most challenging, but I don’t know if we’ve had a ‘worst year’. We’ve had some tough years, but we don’t want to get stuck thinking about them too much.

What were your first thoughts on Covid-19 when it hit?
Tyson Jones-Peni: COVID had been kicking around internationally, but we were always optimistic, and probably pretty naïve. We ran a local competition on March 22nd, which was meant to be the first event of a year full of events. We took all of the necessary COVID precautions and thought the event was a success – but literally, that night, the Prime Minister of Australia addressed the country and announced that lockdown would take place that very next day. 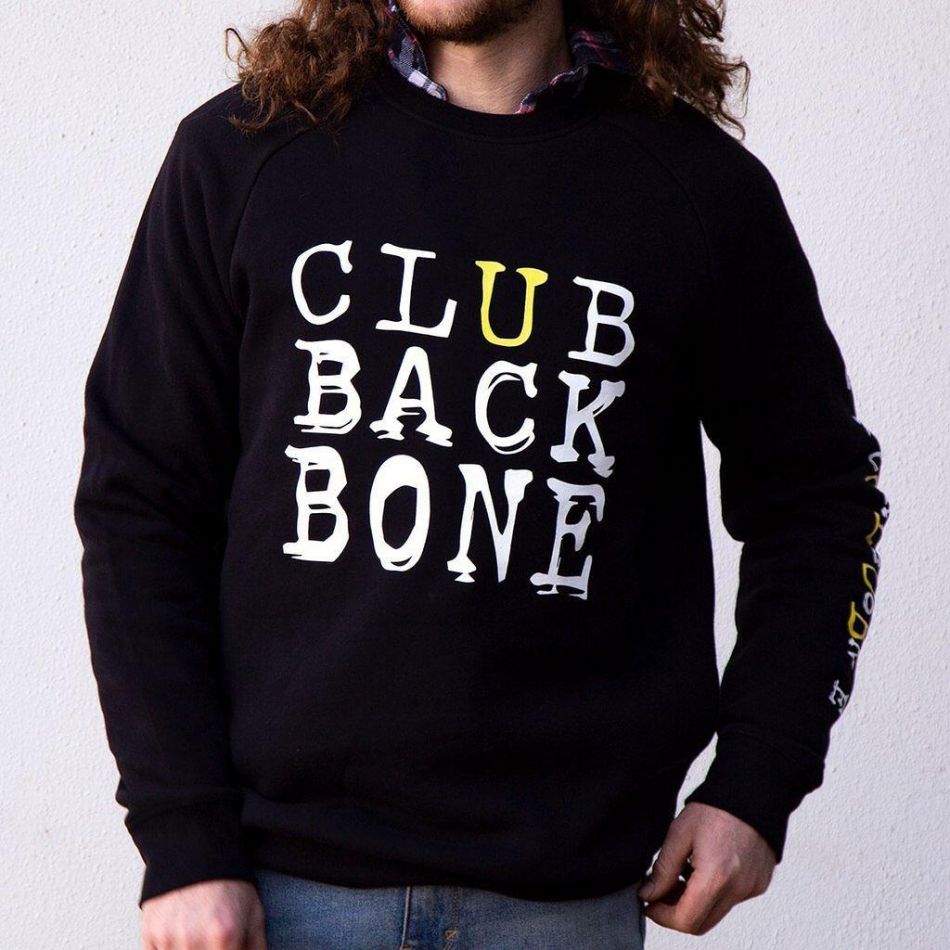 We don’t normally pay too much attention to the news, but that Prime Minister’s address was down right scary. He pretty much told the country to prepare for the worst, that non-essential services are to shut down. It was heavy – and we couldn’t help but feel a serious sinking feeling. Not to mention we ran the comp earlier that day – after news like that, it made us feel pretty irresponsible to be honest.

Did you take any action from the start or were you thinking this would be over in a few weeks?
Tyson Jones-Peni: Rhys and I met in the shop on Monday to discuss what we were going to do. We were assuming the world as we knew it wasn’t going to be the same for the foreseeable future. We literally watched businesses next to us close their doors – and people being told they’re unemployed now. You don’t know how to react. 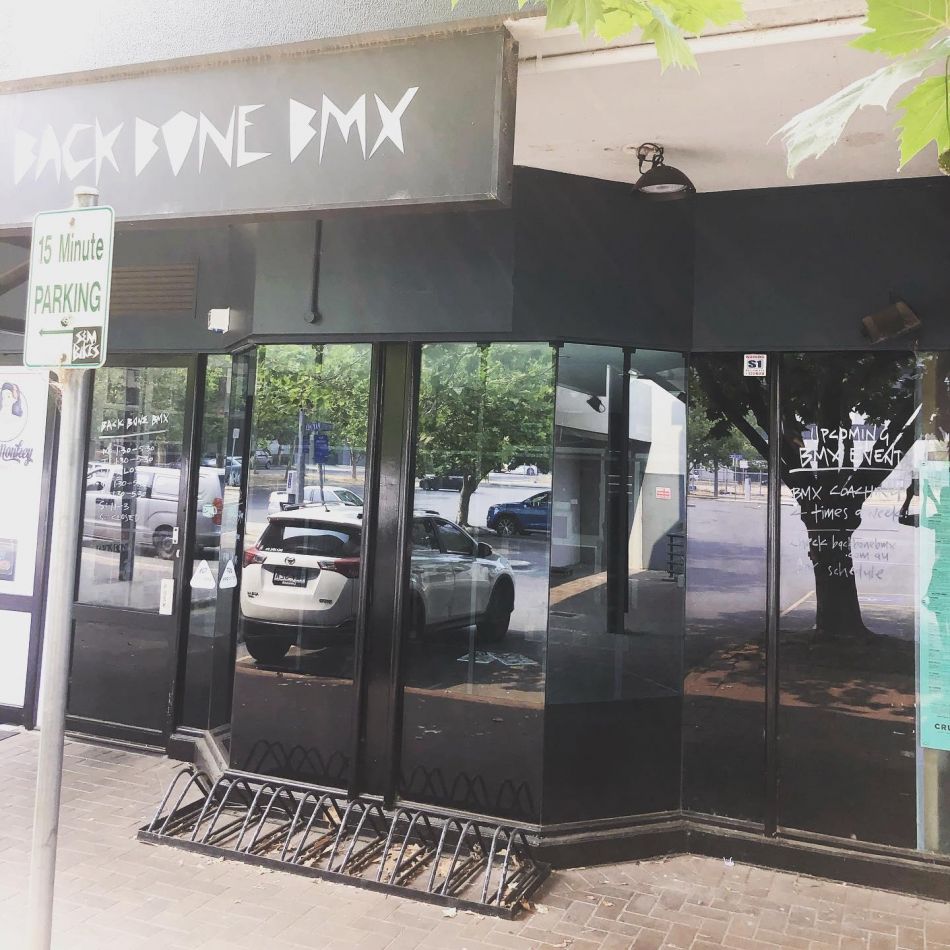 It had already been a really tough summer for us, business wise. There were some of the worst bushfires in recent history across the east coast of Australia. In our local area and surrounding regions the air quality from smoke was so bad people weren’t riding – and they were the lucky ones. There were people who had lost their homes, so riding was the least of their worries.

The threat of COVID and people having to deal financially with the bushfires made the summer (which is normally a busy time) not that great to begin with. Now we had to deal with the possibility of not opening for potentially months.

Now, being in this situation for many months, how did you manage to keep your business rolling?
Tyson Jones-Peni: Obviously keeping the store afloat was the number one goal. In an effort to minimise spreading the virus, we closed our doors and were running completely online. Across Australia all ‘non-essential services’ were ordered to be closed. The construction industry was allowed to keep working. Rhys used to be a plumber before he opened the shop in 2005 and considering the ‘impending doom’ ahead, we made the decision that Rhys should go back plumbing while I managed the shop by myself. 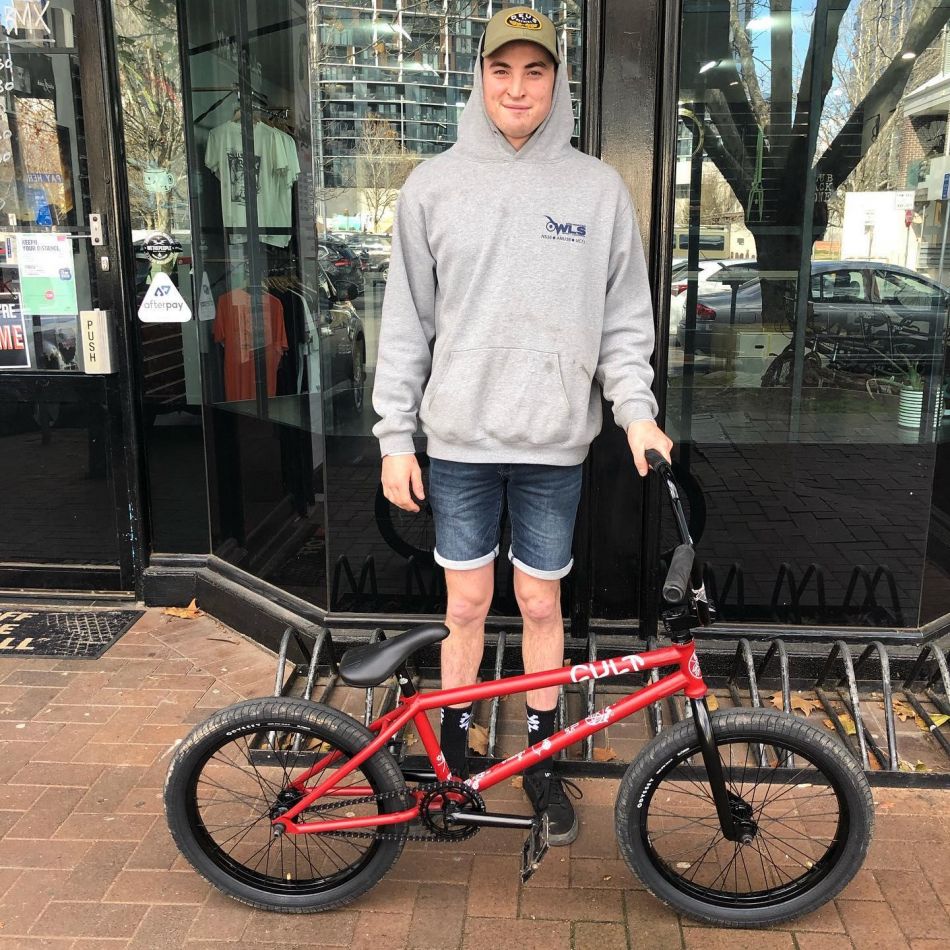 This wasn’t an easy decision to make by any means, but we had to expect the worst case scenario. Australia had closed skateparks and BMX tracks, and were issuing fines in areas for people using them. Some were even filled with sand to stop use. When this is happening, you can’t help but think ‘Well, I guess no one is riding for a long time.’ It seemed like a huge deterrent and a shape of things to come.

Turns out we were wrong though and the whole COVID situation has turned a lot of people either back to BMX riding, or on a BMX bike for the first time, despite the facility closures. It was actually really cool to see a lot of riders get into building their own things to ride too. We love building trails ourselves, so to see COVID give some riders the nudge they needed to build their own jumps was definitely an unexpected positive. 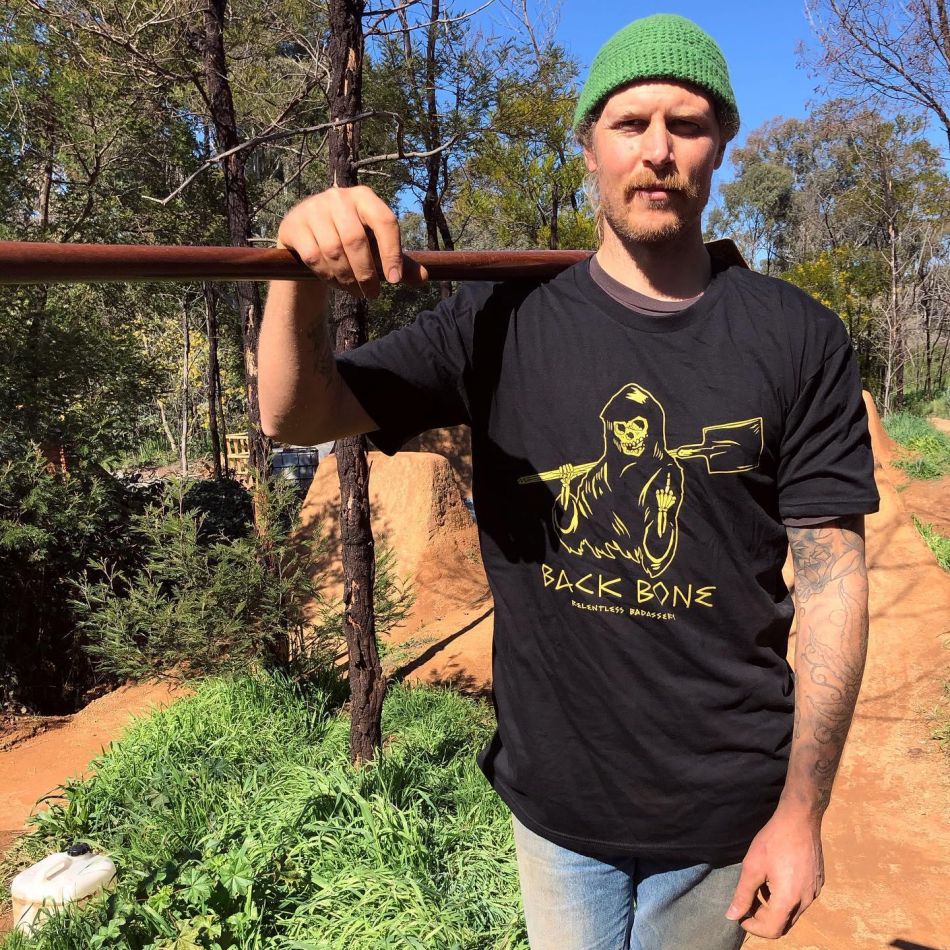 The supply chain has also suffered. Has it been a challenge getting the bikes/product in stock that you needed for your customers?
Tyson Jones-Peni: Definitely. It was a huge challenge and something that I think customers didn’t understand at first. Worldwide there was lockdowns, so of course that means that the people making the product weren’t allowed to do so. There wasn’t any planes in the sky, so anything sent by air, or ‘express’, didn’t mean anything. Even hearing that those who mine the raw materials out of the ground weren’t working – you don’t realise how far back the supply chain goes. We’re all so accustomed to getting anything we want at the click of a button. You take it for granted.

It was great to have most customers be very understanding during this whole time. But even now, it’s a challenge to be able to supply customers with bikes.. We’re only just getting bikes now in February that were meant to be here in October. At one stage we only had a couple of models of bikes available – it’s hard to sell bikes when you don’t have any! 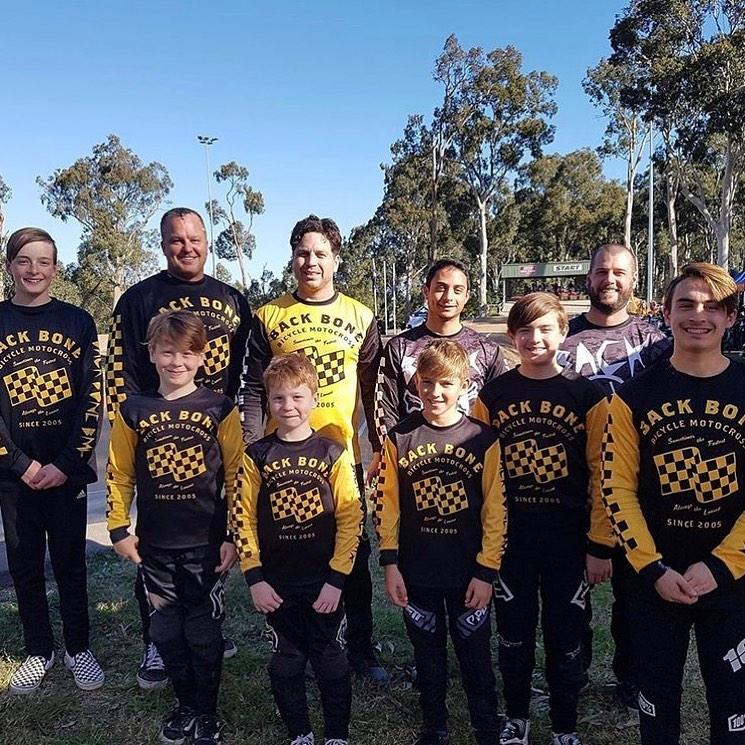 Have you been able to keep your shop open all this time?
Tyson Jones-Peni: Like I said, when the initial lockdown happened in Australia, we closed the doors to the public and functioned online. We did allow people to set appointments by phone or email to drop off bikes for repair, or pick up online orders. It was definitely a weird time, but you have to do whatever it takes to keep the shop running. Luckily we have a great customer base who were very understanding.

After a few months of running like this, restrictions eased and we are now back to regular hours.

Have internet sales/mail-order sales made up for loss of shop sales?
Tyson Jones-Peni: It did. In an unexpected turn of events, the online store boomed. When people can’t go anywhere, or play team sports, staying inside gets old pretty quick – so we were able to help a lot of people who don’t normally ride and were going stir crazy, get on a BMX. 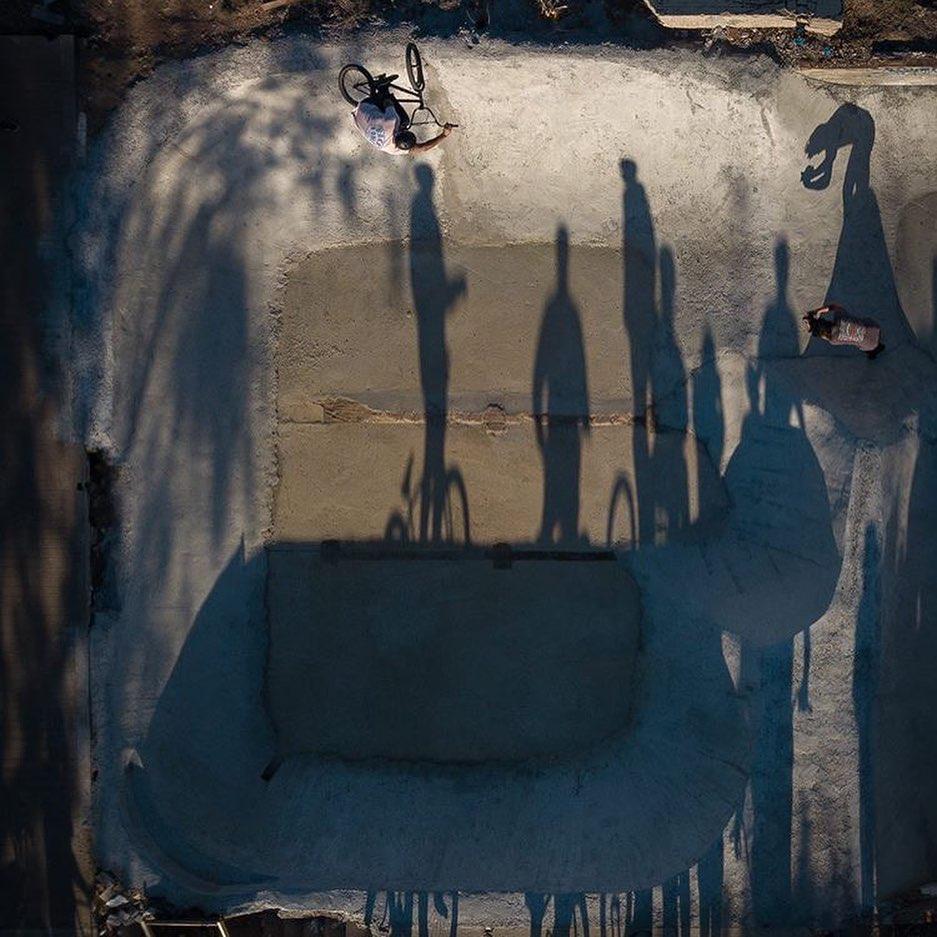 During the pandemic has it been difficult to organize local events to support the local scene and get the customers in the shop?
Tyson Jones-Peni: It was impossible! We had a full calendar of events planned for 2020 and we only ended up doing the first one that I spoke about earlier. Rhys and I also both coach BMX as a part of our roles in the shop, that had to be cancelled for most of the year. Towards the end of the year we were able to start that back up which was cool, it’s always a fulfilling part of our job to help riders learn more skills and build the community that way.

What mouth masks do you sell?
Tyson Jones-Peni: Masks have never been mandatory in Canberra, but we do sell the S&M Bandana.

What are the plans for the shop for the coming months? 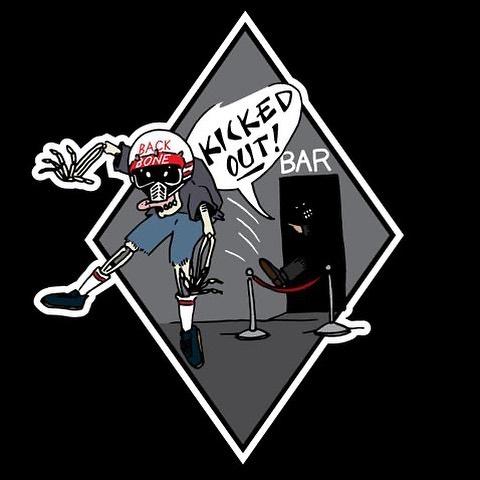 Tyson Jones-Peni: Rhys is back in the shop so that’s been a huge help again and a stress reliever, just to know that we made it through the worst of it. We’re going to get back to running the jams and events we missed out on last year, including the ACT Jam which is April 2 – 4. We’re all about building the BMX scene, so we’ve been running jams and events since the start of the year. We’ll be filming some new vids of the team riders and continuing to work hard to expand our range, stock the raddest products in BMX and always do the best job we can for our customers and BMX in Australia!

Thanks to?
Tyson Jones-Peni: Thanks to all of our customers across the globe, all of our team riders, everyone who supports the shop, definitely keeps us stoked. Thanks to our suppliers and the brands who support us. Thanks to those who build trails and inspire us on the daily.

More in this category: « Running a BMX Shop during the pandemic: Bikers Base (GER) Alienation joins Traffic Distribution »
back to top