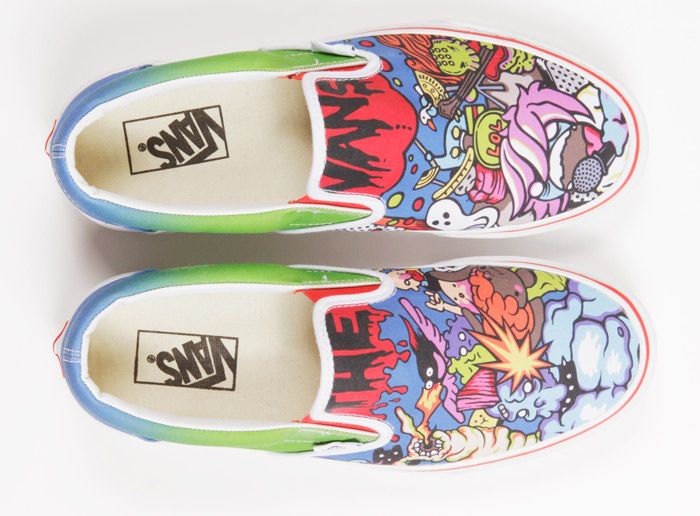 Vans Custom Culture, Vans’ nationwide art contest, wraps up the public voting phase of the program this Thursday at midnight EDT. Until then, we ask the public to help choose the five schools that will have the opportunity to travel to Los Angeles to participate in the final art showcase and the chance to win up to $55,000 towards their art programs. After more than 900 schools initially entered this year, a panel here at Vans whittled that number down to the 50 top schools who are now vying to be one of the five finalists.


Entering its third year, Vans Custom Culture has already inspired tens of thousands of students at more than 1000 participating schools from every state. Last year’s contest culminated in Vans awarding $50,000 toward the art programs at Ward Melville High School (Long Island, NY). Melville was one of five schools that earned trips to the New York City showcase last year, based on more than 180,000 on-line votes. Students at Rio Rancho High School (Rio Rancho, NM) won the grand prize in 2010.

New for 2012, Vans is excited to announce Journeys has joined us as a partner in the Vans Custom Culture by presenting the Local Attitude award to one of the final five schools that creates the most compelling "Local Flavor" themed shoe with a $5,000 donation to that school's art programs. The award will be presented to one of the “Final Five” at the final event in Los Angeles in late May. In all, Vans and Journeys are donating $75,000 to support high school art programs.

See all the amazing artwork and vote for your top five schools at vans.com/customculture.
Tweet