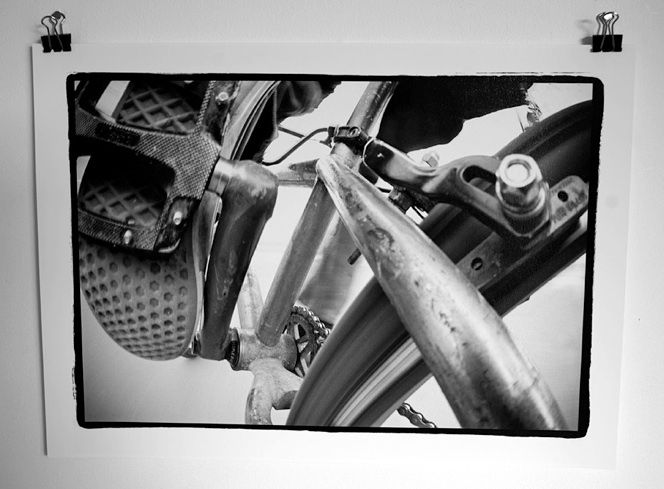 The Imprint Project is a traveling gallery of black and white photographs exhibiting the global BMX lifestyle. This photography project features the works of 5 well known BMX photographers including Ricky Adam, George Marshall, Edwin DeLarosa, Jeff Zielinski, and Walter Peringer.
The purpose of The Imprint Project is to grasp a deeper understanding of the worldwide cultural foundations for the sport of BMX through the eyes of the sport’s current day iconic photographers.


Walter Peringer
Walter Peringer is a photographer based in Austin, TX. He has completed commercial and editorial assignments on six continents and in more than two dozen countries across the globe. His BMX photographs can be seen in Ride Uk. 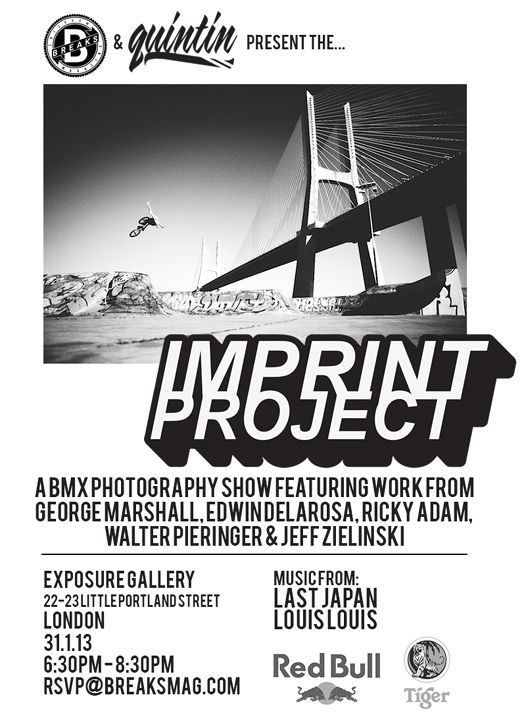 George Marshall
George Marshall is a London based freelance photographer and associate editor of The Albion BMX magazine. In 2006 he graduated with a masters in photography from the University of Nottingham and as an undergraduate exchange student he studied photography at the University of California, Santa Barbara, USA. George is definitely one of those photographers with The Eye: he gets in there, figures out the shot, takes care of it, and it always comes out a treat.

Ricky Adam
Ricky Adam likes to shoot photos. His current employment at Dig BMX requires him to shoot photos of BMX, but he takes his photography much further beyond the realm of technically accurate BMX riding to capture the reality of life.

Jeff Zielinski
Finding the best new spot to ride for the most epic tricks to be photographed, lies Jeff Z. Part human navigational system and part photographic visionary, he is the go to guy if you want to shoot some polished BMX photos. You can call him obsessive, crazy, over-prepared, or just call him the Associate Editor/Photo Editor at Ride BMX.

Edwin Delarosa
Edwin DeLarosa is a professional BMX rider turned photographer who has uninhibited eye for the streets. His images capture the life around him and the energy of NYC
Tweet

More in this category: « MMav @ DC The HUB - Paris - France Bob Haro illustration in colour! »
back to top