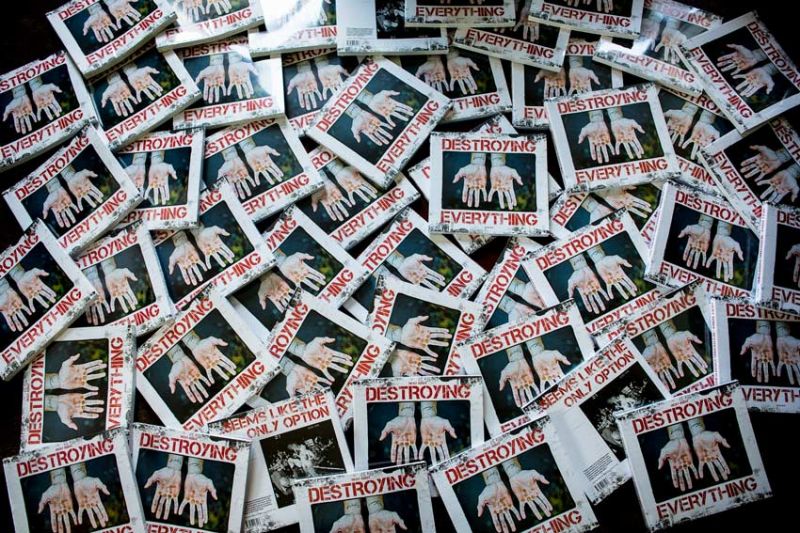 Author and photography: Ricky Adam
Book: 'Destroying Everything …Seems Like The Only Option’ 2nd Edition

Did you run out of books of the first issue since you're now releasing a second edition?
Ricky Adam: The first edition sold out in under 3 months of being published. There was a 1000 printed. I was then approached by ‘Drago’ an art publisher from Italy to make a 2nd expanded edition 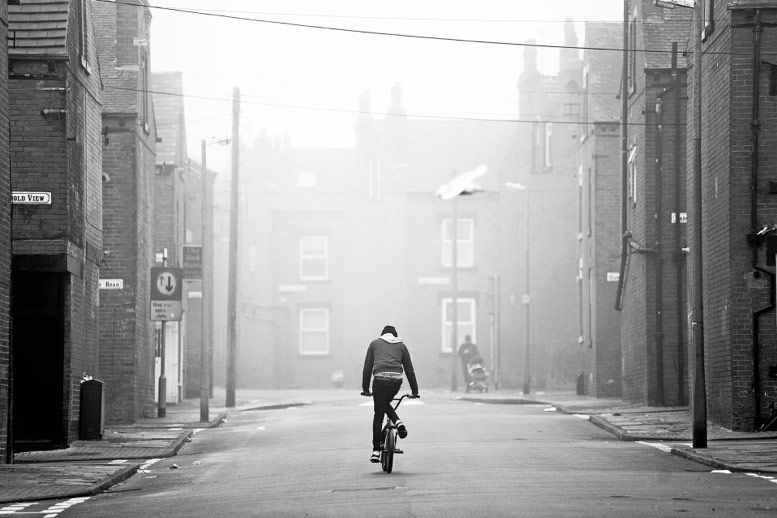 which was great. Perfect timing. I’m honoured they chose to publish my book. Over the years, Drago have published a bunch of great books by super talented people.

How much more content does part two have?
Ricky Adam: So, this time around it’s softcover (which makes it cheaper to buy) It’s had a bit of a redesign and it has 16 extra pages. It’s a bit more refined than the first edition. 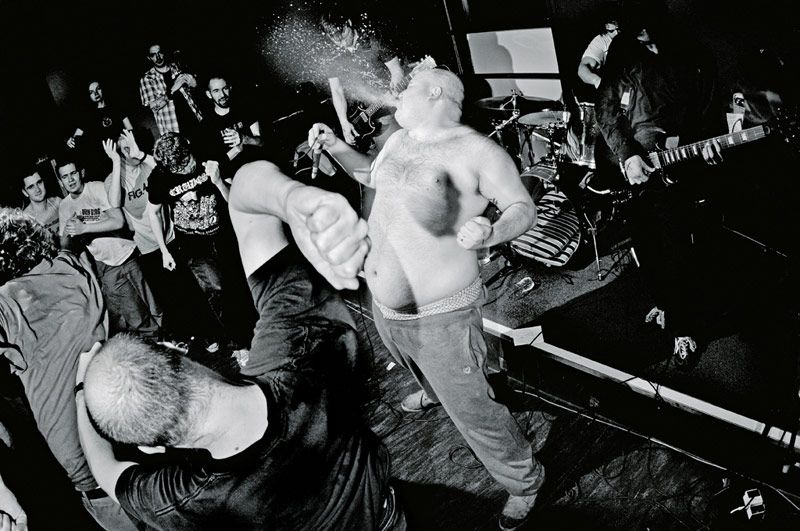 1,6 kilograms per book. I figure you're not going to bring 15 in your hand luggage to the next comp to sell?
Ricky Adam: Oh God! They weigh a ton! I’m not joking postage for these books is a killer! Still, they feel nice and tactile in the hand when you’re looking through it.

Having it printed in Italy seems odd but I guess you found a good book publisher there?
Ricky Adam: As I mentioned Drago are an Italian publisher who specialise in art books. They did a great job. 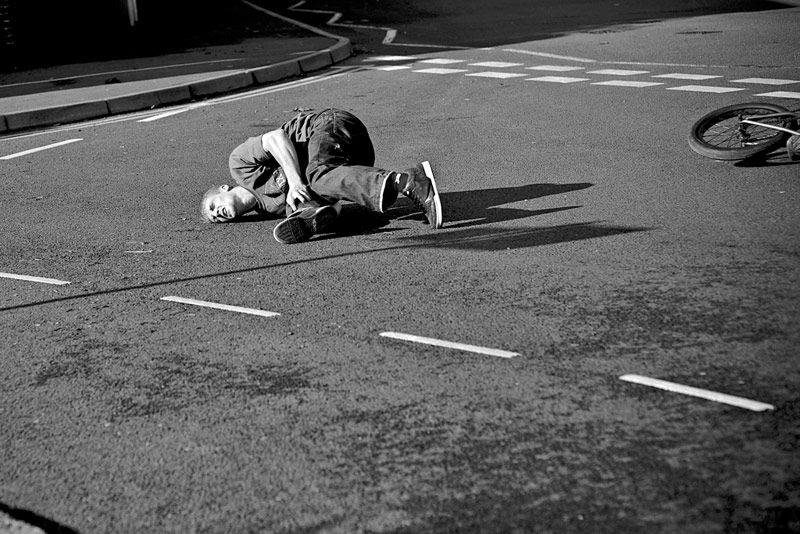 What are the similarities to you between BMX and punk rock?
Ricky Adam: To me they are one and the same. Both have played a huge part in my life.

What is the furthest you've traveled to go see a band play?
Ricky Adam: Oh, when I lived in Ireland I would travel to mainland U.K. to see certain bands. I’ve seen bands all over Europe & the U.S. I used to play in a band (The Kabinboy). We ended up touring Europe a few times. This meant a lot of driving. Not to mention breakdowns! 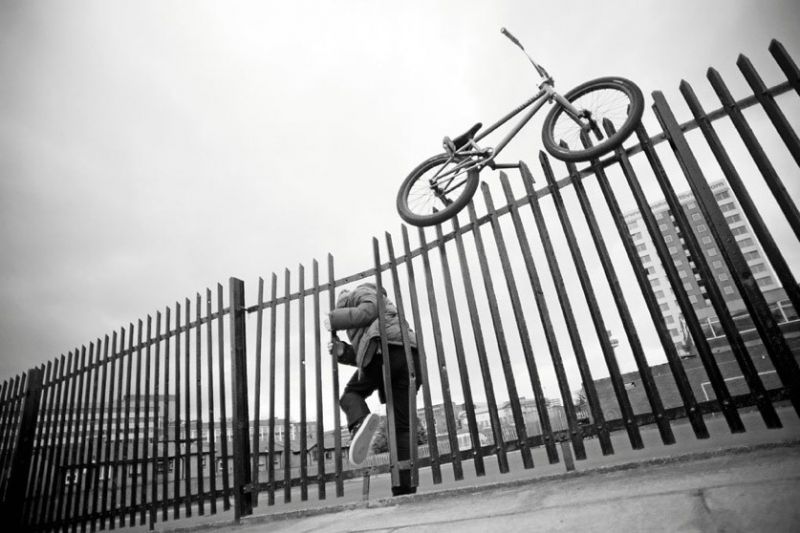 What is an event where BMX and Punk rock came together and you could have filled 10 pages in the book just from that weekend alone?
Ricky Adam: I’m not sure about that? It takes time to cultivate a set of images that are worthy of being in a book. To me personally BMX & punk are very closely related. Most of my friends growing up were into punk, rode bikes and or skated, so the things I photograph are a direct response to this. But, I don’t consider the book to be either BMX or Punk. It’s a raw selection of images about sub youth culture that works in ta 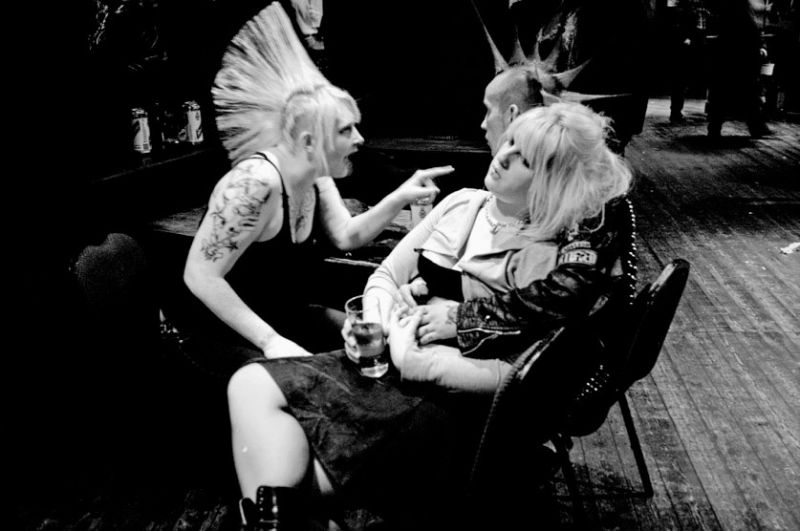 ndem with one another.

Where can people buy the book Ricky?
Ricky Adam: Thanks for asking:) The book is available from all good book stores as well as online. Google it! Also, here’s a link to the Facebook page.

More in this category: « Find the pro riders in the Funny Toonz illustrations. Up for the challenge? JEFF DECKER - CLUB CUT EXHIBITION @ DCSHOES' HUB , Paris. »
back to top