Graffiti is big in the South of France, or at least they're got some really good guys over there in Montpellier. One year the street course was all painted up nicely and the next day it was totally covered with tags. Here are three ramps that will be on the course this weekend, all painted up. They're clean now without any tags or tire marks. Check 'em out.
Read more
Comic 'n Art

Here's another batch of graffiti art on FATBMX. If you're into it, hit up the pics. If not, just skip it. Has anyone out there finished the FATBMX piece yet? Feel free to send stuff in for the Comic 'n Art section on FATBMX. It has been part of the FATBMX website for over ten years. Let's keep it going. BMX related please.
Read more
Comic 'n Art

Spotted on eBay by Choq; a BMX freestyle oldschool museum!!! 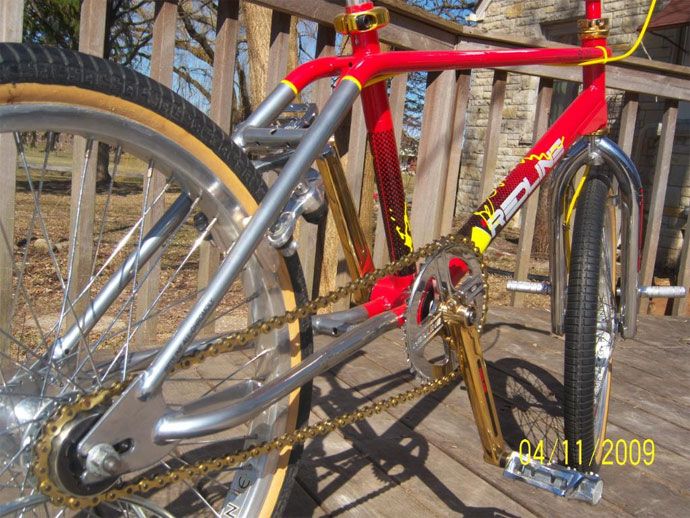 O.K. The world's only mobile BMX freestyle museum! Hand built one of a kind . The top ten freestyle bikes of the 1980's. 20K asking price. Am I nuts, well, Yes I am. It take's more than you can emagine to build a dream, and make it function. What is it you ask? A mobile BMX Time warp back to the 1980's. It is all contained in a 30 foot van style trailer. It contains The top 10 old school BMX freestyle bikes starting at 1984 and ending at 1988 totally restored. All the bikes are mounted to the wall and look as if they were gettin RAD on there own. With a black and white checker board background and spotlights to fuel the Rad effect.
Read more
Comic 'n Art

FATBMX graffiti wanted! Got what it takes? 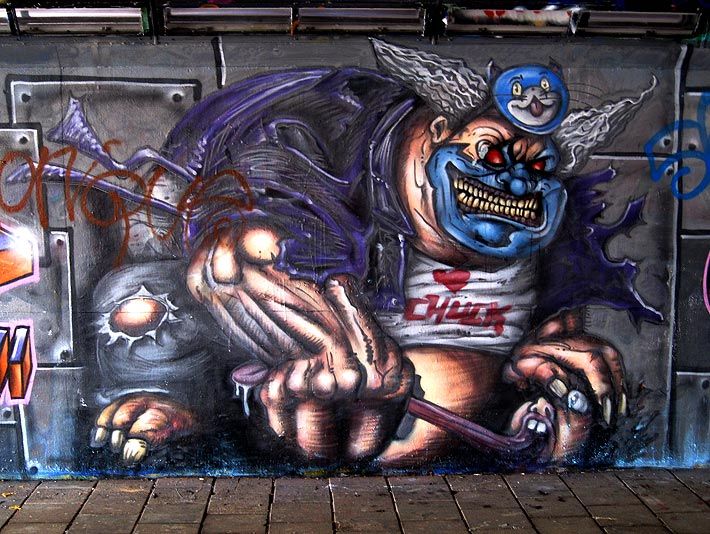 We drive by the Berenkuil every now and then and peek over to the left and the right as quick as we can spotting any new graffities. It is worth getting over there every month or so with camera in hand to give you a little update in the Comic 'n Art section that we've had going on at FATBMX for years. Here is a good selection of graffiti art from this legal spot in Eindhoven, Netherlands. Is anybody out there ready for a FATBMX piece? Feel free to send in any (BMX related) graffiti for the comic 'n art section.
Read more
Comic 'n Art

Third and final part of the BMX Museum photos. By BdJ 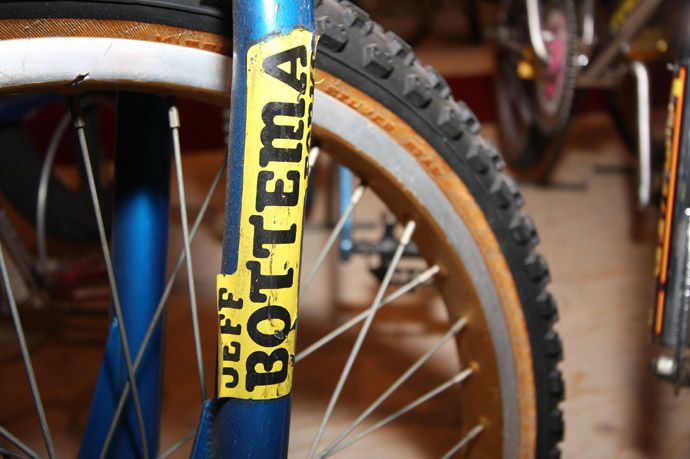 For those who have been waiting for more photos of the recently opened BMX Museum in Megen, Netherlands, we've got another batch of photos for you. It sure did bring back some memories for us and I'm sure if you rode BMX in the eighties, it will do the same to you. The museum is opened every first Saturday of the month but make sure you make an appointment first. Check out these pics: Hutch - JT - Rocket - Mongoose - National Pro - MX lever - GT, you know it.
Read more
Comic 'n Art 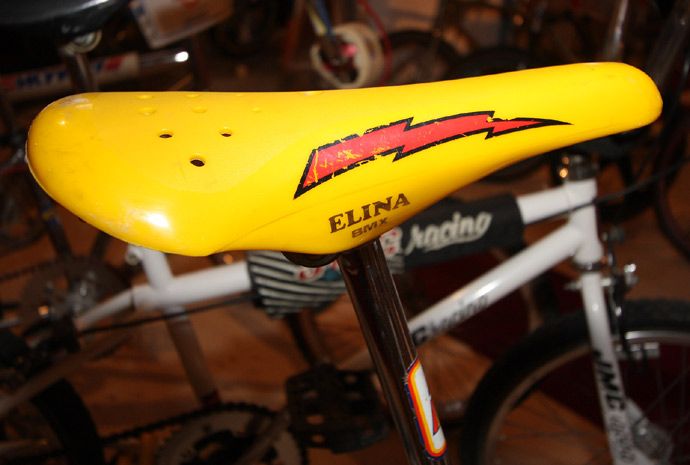 On Sunday 8 February the BMX Museum in Megen, NL was officially opened. We shot a bunch of photos during the official opening and showed some on Monday already. Here's batch number two with a possible third batch coming up later this week. So much to see. If you're wondering where the place is and when you can actually visit the museum, get in touch with Mike Jansen who will tell you all about it. His search for bikes and memorabilia is still going so if you've got something to donate, call +31.651.799.978.
Read more
Comic 'n Art

BMX Museum opened in The Netherlands. By BdJ 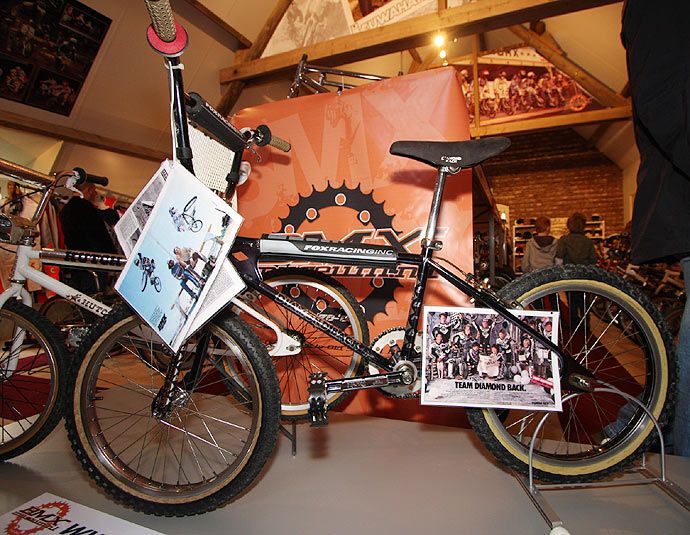 It all started with his search for his own GT bike that he used to ride when he was younger. During his hunt Mike Jansen found many bikes that he wanted to own. He bought them online, went to pick them up all over the place until he realized that it would be nice to make some sort of BMX museum. That dream came true last Sunday when Gerrit Does opened the Dutch BMX Museum in Megen. Roughly 150 bikes are on display ranging between 1978 - 1989. But it doesn't stop there. Helmets, magazines, posters, gear, parts, you name it. Enjoy the photos. Part 2 to follow later this week. Congrats Mike.
Read more
Comic 'n Art 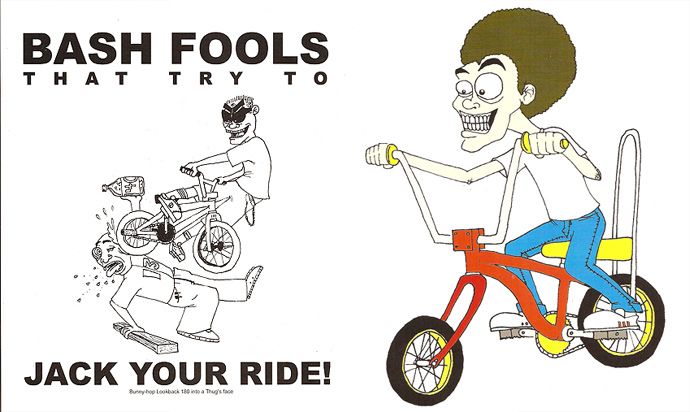 It's cold outside in most parts of the world. They even have snow in England! They've had the worst winter over there in 18 years. If you're bored and just waiting for the sun to come out, grab your sketchbook and some pencils and you could be on your way to some fresh new bike parts/goodies from FBM. Yup, they've got an art comp going with not many restrictions other than you cannot e-mail them your entry. Send it old school, by post, to:
Read more
Comic 'n Art

DC TEAMS WITH FAMED FRENCH DESIGNER AGNÈS B. FOR A LIMITED EDITION DOUBLE LABEL™ PROJECT AND ART SHOW FORWARD 3 TO BE HELD IN PARIS AND NEW YORK 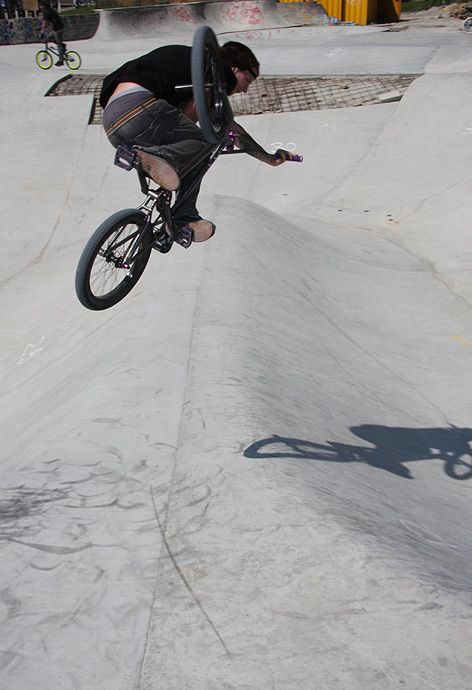 DC is pleased to announce its partnership with legendary French designer agnès b. Together the two brands have created the latest footwear project for DC’s Double Label™ series and will collaborate on the FORWARD 3 art exhibit. Launching in Paris at the agnès b. shop March 5-18, 2009, the exhibit will then travel to New York for its U.S. premiere at the agnès b. Soho shop, March 31 –April 14, 2009.
The DC x agnès b. Double Label™ shoe was designed by the brands as a fusion of their two unique styles. Offered in three colorways of blue, sesame and black, the shoes feature agnès b.’s distinctive signature across the tongue. The premium leather shoe was developed from DC’s Dress Sneaker, a sophisticated sneaker silhouette that maintains distinct touches of DC’s skate heritage with details such as DC’s Pill Pattern™ outsole. Less than 1500 pairs of the shoes will be produced and will be available exclusively at agnès b. retail stores and select sneaker boutiques worldwide.
Read more
Comic 'n Art 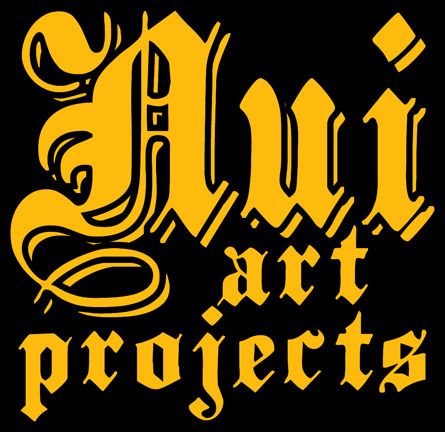 Michael "Big Island" Castillo has got a new project for 2009. It's called "Nui Art Projects" or "n.a.p.". "Nui" which means "big" in Hawaiian, what most of his brothers and sisters in the bike/skate/tattoo families have opted to call him.  Mike explains:  "It will be based out here on the beautiful island of Oahu. I will be doing projects with my worldwide families. Not only will there be a clothing line for men and women, but projects in all different avenues. I will also be helping others with designs/projects in their respected endeavors. I will be posting updates on Hawaii's Shoots Brah! crew site"
Keep an eye open, cuz it's n.a.p. time. Shoots and Mahalo.
Nui Art Projects.
Read more
Page 23 of 33