Written by  Bart de Jong
Read 5567 times
My friend Alex Jumelin is a famous pro flatland rider. Well known for his amazing flatland skills, his passion for the art and an unstoppable urge for progression. But also as a friendly guy, devoted family man, smart businessman and contest organizer. For several years he has been organizing his also famous Ninja Spin and 2006 is no exception. So off we go to Acheres, near Paris for this years edition. Taking place in the same venue as last year. And make no mistake, the Ninja Spin Contest is seen as one of the most prestigious flatland-only contests in the world. 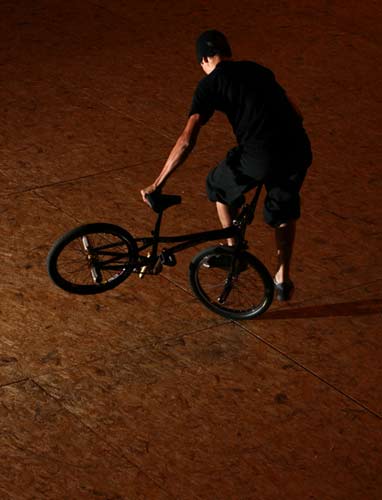 The OG Crew from Hungary was there and also a big UK Crew featuring the above mentioned Lee and fellow pro riders Jason Forde, Keelan Philips, Effraim Catlow and the legendary James White. Plus a load of Master and Expert riders like Paul Chamberlain and Mario Carelse. They came in a huge bus and took Chris Job along as driver, chaperone and riot control supervisor. Lots of French and German riders were present, Bram, me and my wife and son representing Holland, some Austrian riders and a crew from the Czech Republic. I missed the Belgian Family, so no Alexis, Tom or Melvin. 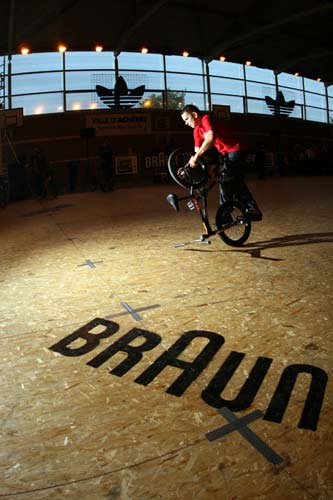 Expert and Master class were packed with good riders and great riding. We had a English rider break his arm during his run in expert class so you can say people were really going all the way. Master class was a bit disappointing, for some reason their runs were not as good as usual. Good riding though by the pros of tomorrow: Roman George, Manuel Ortiz, Sasha Heidemann and Markus Reich to name a few. 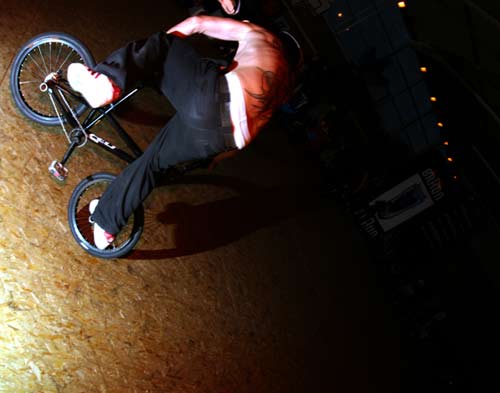 There were two Best Trick Contests: one for most whiplashes and one for hardest combo. Most whiplashes was won by Martti Kuoppa with 10 and Bram and Simon took second place with 8 whiplashes. Bram did win the hardest combo with his two signature tricks in one combo: x-footed hitcher kickflip and halfpacker g-turn kickflip! FLATtv represent! 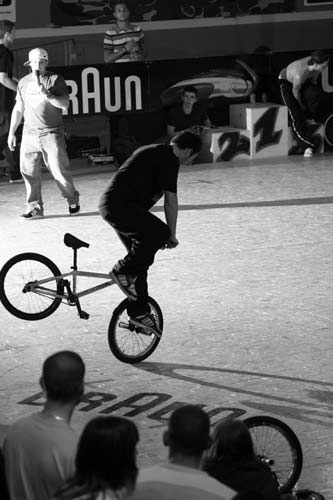 In pro class Michael Sommer, the 2005 World Champ, qualified first but in the finals on Sunday he fucked up his run and UK pro talent Keelan Philips took first place! We saw great new tricks and links by Justin Miller, Viki Gomez, Terry Adams and Martti Kuoppa. Adam Kun was, again, ripping it up in practice but couldn't pull it off during his run. It's a shame because I think he is actually one of the most progressive, most original and most technical riders around...

So, a good weekend for flatland! On to next years edition!

And remember: the new Alex Jumelin solo dvd should be available now.

More in this category: « Toer Dur Laarbeek 2006. 4 ramps in one day. Friday at the Download Festival. Snickers Bowl prelims »
back to top