The Simple/Eastpak Tour to Roskilde Denmark. By Paul de Jong

Written by  Bart de Jong
Read 6644 times
I wanted to go to Roskilde for years but never made it due to whatever reasons, this year I made it to one of the biggest Music festivals in Europe with 90.000 crazy Skandinavians. Pim van den Bos is sponsored by Simple Bikes and Eastpak and Niels Thanlid invited Pim to enter the show on Tuesday and Wednesday and made me the announcer, not knowing this the week before it was hard to book flights but Pim’s father joined in and brought us to Denmark by car! 1000 Kilometres and 13 hours later we arrived on time for the show on Tuesday.

Eighteen riders from all over Europe and even Argentina and Australia were found to entertain the huge crowd that arrives at Monday/Tuesday several days before the concerts starts.

This was a very mixed group of riders but riding like a big team: 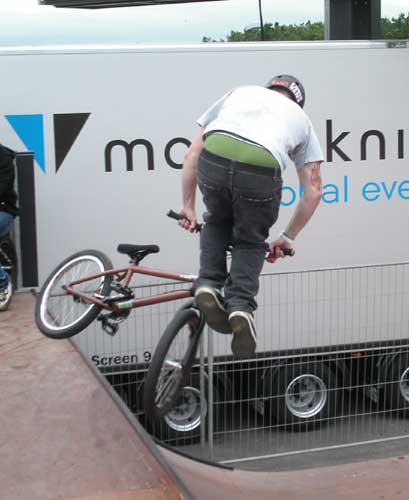 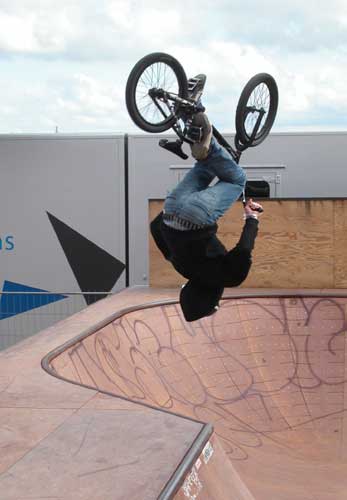 All we had to do was to entertain the drunken audience riding a very nice pool and miniramp so is was super relaxed but to keep it easier for the skandinavians we made it a little comp with 3 groups.

Pim van den Bos killed it in first group, only riding for a couple of years he wanted to show his “boss” Niels that he is worth it to ride for Simple Bikes and was the named winner by the audience. 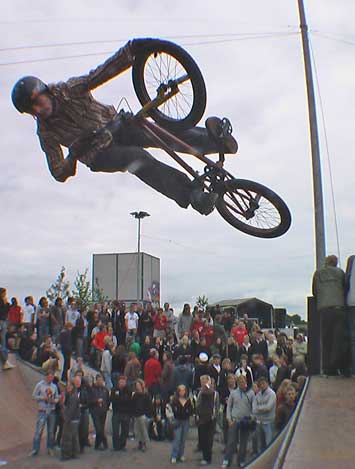 Thomas Skov is looking so Oldschool with his glasses/bike/clothes that I thought he was even older than me but he is only 23 years old! 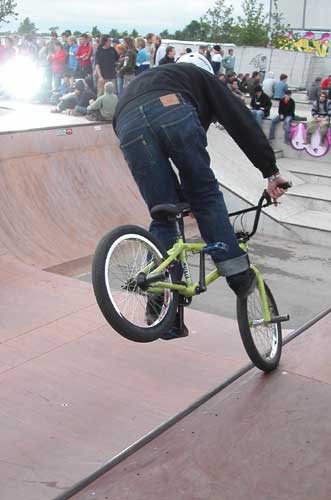 Sig Cools won the second group with high airs and lots of flow, and brother Hannu won the third heat so team Belgium and Holland did well and the crowd loved it! With so many different riders from different countries it was not boring at all, high airs, peg grinds, tailwhips, backflips, fufanu’s, manuals, 540 tiretabs, handplants, tailwhips to fufanu, transfers you name it and the riders showed it to the crowd. 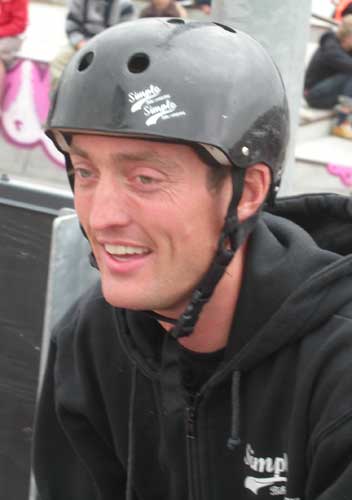 Wednesday we had another hour of shows and made Hannu Cools winner of the Festival with Mitch Yates in second place, not that is was a real contest but they were the favourites of the crowd and riders and got a can of Carlsberg beer and some mp3 player whatsoever. 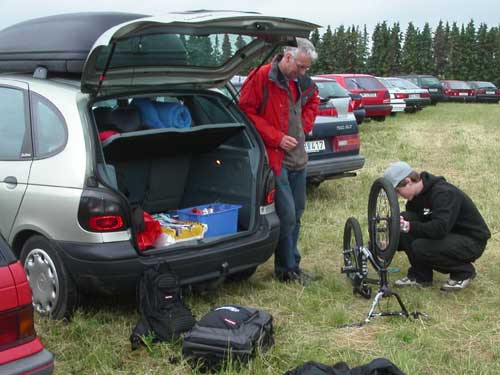 This trip to Denmark was the most un-organised trip I ever did, with 2000 km and 10 hours of sleep in 3 days it was still one of the best yet, thanks to Niels and crew, Pim and Dad and Simple/Eastpak we hope to do this every year cause ROSKILDE ROCKS!!!! 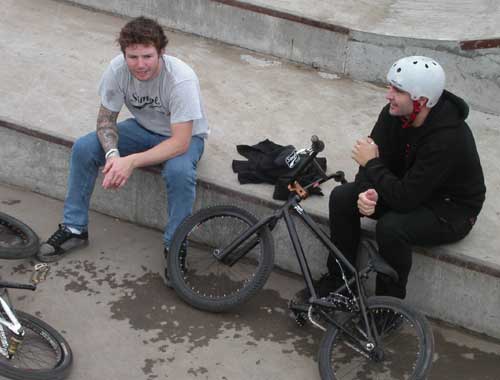 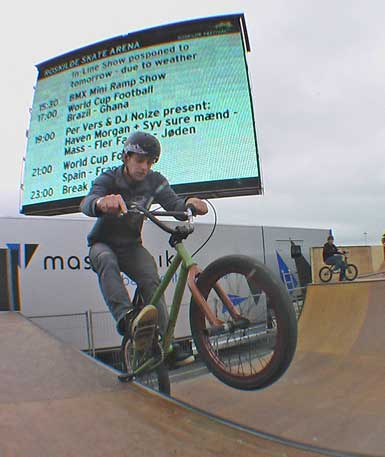