Written by  Bart de Jong
Read 40047 times
Last weekend the LG Action Sports World Tour landed in Amsterdam, at one of the largest open air dance festivals in the world: Dance Valley. With BMX street on Friday and BMX vert on Saturday together with some freestyle motocross demos, the weekend was a blast. Tobias Wicke sure seems to like Amsterdam. After his win at the Redbull Bridge Master in April this year, he returned to Amsterdam for his second Amsterdam victory.

Here's the complete contest report as provided by www.LGactionsports.com: 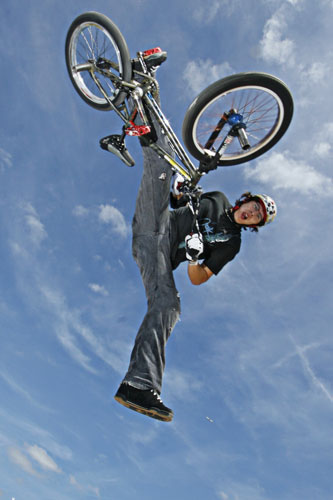 If you aren’t familiar with Dance Valley, it’s a rave-music festival with over 60,000 people in attendance.  Dance Valley was packed with bass beats, glow sticks, thousands of people dancing, and in the middle of it all was a BMX street contest.

This weekend’s competition was held in conjunction with Dance Valley 2006, which is about an hour away from the Red Light district.  If you aren’t familiar with Dance Valley, it’s a rave-music festival with over 60,000 people in attendance.  Dance Valley was packed with bass beats, glow sticks, thousands of people dancing, and in the middle of it all was a BMX street contest. 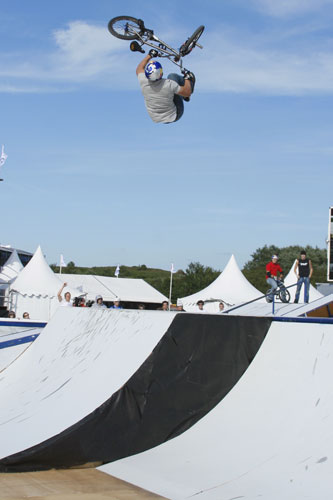 BMX Street finals went down even with the strong winds and loud techno beats.  These guys are professional bike riders.  I’m not sure if they can dance, but here’s what they did on their bike: 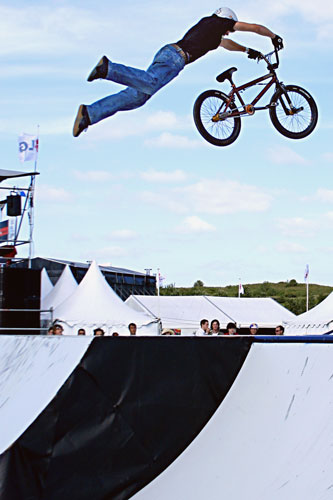 6th place--  Daniel Wedemeijer--  This kid  has got some style.  Big lookbacks, tailwhip airs, and a big 360 tailwhip. 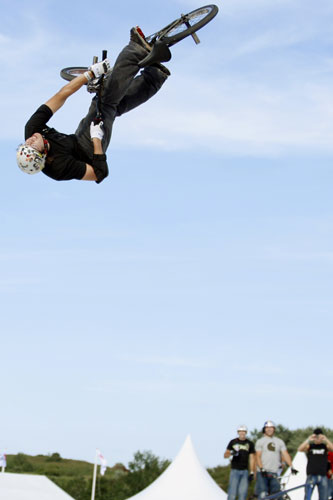 5th place—Koji Kraft —This kid is hyper.  But being in Amsterdam, he kept his cool.  Big turndown backflips, double tailwhips, and a huge decade over the spine. 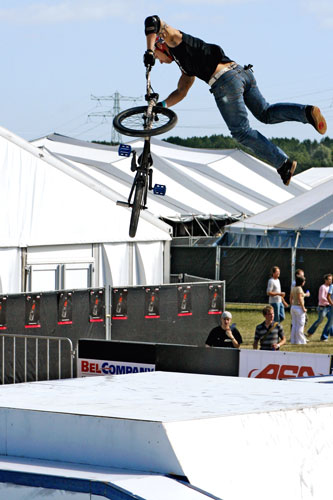 4th place—Senad Grosic —I heard this guy spent some time in the Austrian Army.  I’m not sure if he would approve of what some of the spectators were doing, but he fired out some big tricks anyway.  Double tailwhips, back flip tailwhips, and some of the biggest tricks of the day.

3rd place --  Mark Koenig-- He goes fast and big.  He threw down so many tricks and added a little technical difficulty.  Supermans, foot jam tailwhips, 360 tailtaps to barspin.  If he were a raver, everyone would copy his dance moves.

2nd place--  Ben Hennon--  Big moves from this guy.  Back flip tailwhips, no handers, 270 truck drivers, barspin to wall tap, and he was the only guy to tail tap the sub rail out of the vert quarter pipe. 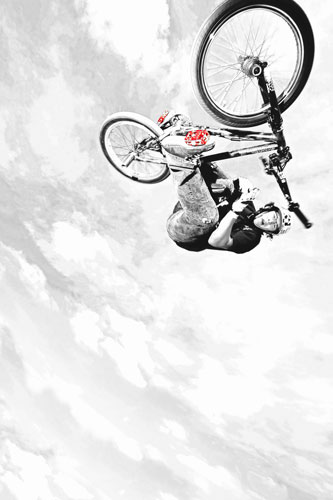 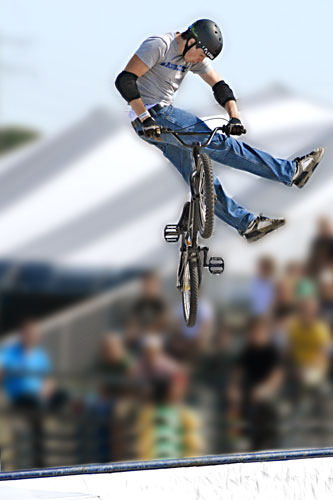