Written by  Bart de Jong
Read 10503 times
We're not sure if it was the announcement of Mat Hoffman competing at the Masters but many riders showed up to be on top of the ramp together with the legendary Condor. Mat actually had some bad luck leading up to the contest. First of all he was operated upon his knee only two weeks before the comp. He couldn't walk before that but it all healed in time (or passed Mat's pain barrier) for him to compete. On his way here, one flight got cancelled and two were delayed making his trip less than enjoyable. On arrival his gear bag did not show up forcing him to get some shoes and shorts to even be able to ride. Once on top of the vert ramp for a training session he pumped up his tire which caused a flat. Sweet. Two more flats followed on the weekend but Mat has dealt with bad luck and pain before.

His fellow riders enjoyed his company and so did the big crowd. Time was allowed for each rider to try a hard trick at the end of their run. There was no buzzer or anything like that that immediately ended everyone's run. 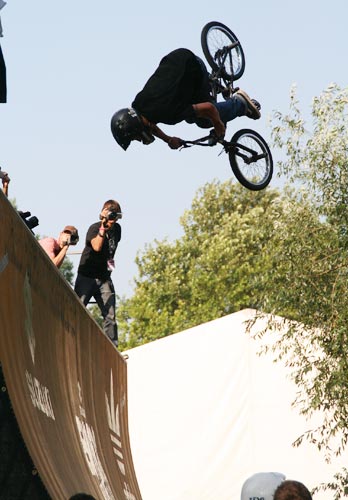 Toby Gresswell had time this way to figure out how to pull the flair. With advise from all the guys on the ramp he got closer and closer to pull the trick in the end. With everyone there that feeling is the best. Alex "Aze" Etzold had been busy riding dirt earlier in the week but also competed in vert. His last trick was a turndown flair. It does look good in the photo but the landing wasn't quite there yet. Peter Geys went for a 900 at the end of his runs but did not come very close. He has pulled one in his life and with the Condor watching it was time to give it another try. Peter was smart enough to call it a day after attempt number one. 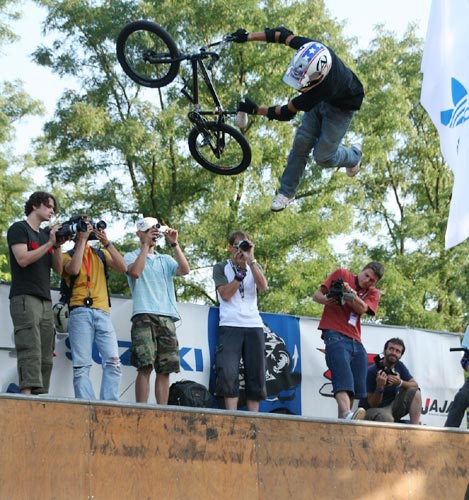 He has learnt. Jan Valenta (Czech Republic) is one of those young riders who doesn't give up. It showed as he was determined to pull a no-handed flair as his last trick. I can't remember how many times he climbed back on top of the ramp but he got it in the end although he rode straight in the crowd in DMC-style. In 4th we had Benni Kopp who definitely had the height and variations to do well. 3rd went to Shaun Eglington from the UK who rode solid and smooth. The Condor ended his run with a somersault onto the platform and waved to the crowd to get all the respect he deserves. His back to back riding is exciting to watch as he did peacocks, rocket no-handers, no-handed 540-s, candybars, cancan lookbacks, tailwhips, rocket barspins, no-hand-one-footers and also tabled 540-s. Respect.

Simon Tabron's last trick wasn't the 900. That trick has become a regular trick for Simon which, when you think of it, is nuts. Simon had one for the crowd in Cologne that has not been seen before. He didn't go upside down or anything like that but imagine this: You go in the air. You spin the bars 360 degrees. You catch the bars. You spin them again. You're about to go down from your aerial. Then you throw the bars one more time. That's right, Simon did a triple barspin and pulled it clean. It might have been Mat's presence for riders to go for their last tricks or maybe it was the crowd. All in all it made for a good session on the ramp. Check the results here: 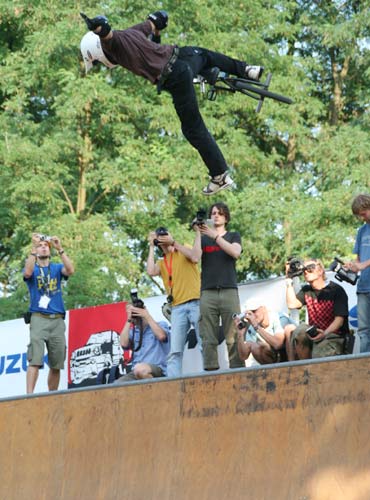 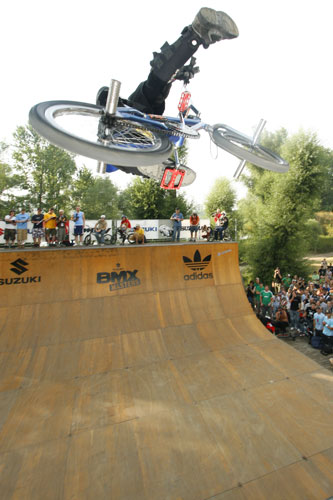 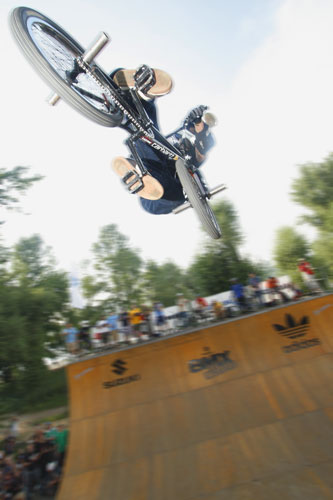 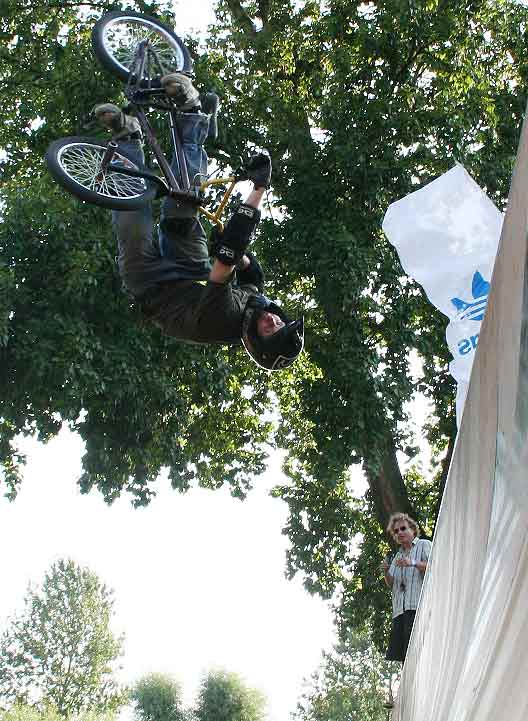 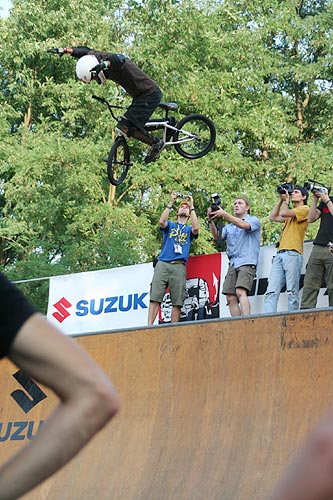