Written by  Bart de Jong
Read 15433 times
The pro qualifiers faced some rain on Saturday. That's why everyone made it to the final on Sunday. Also those who had already ridden on Saturday. The finals with 58 riders took place in the blistering heat on Sunday afternoon on a course that saw quite a few new obstacles. Instead of calling it Street, it should be called Park but that doesn't take things away from the riding that was going on. Riders were trying fronties over the box that had a little higher landing that messed up a few guys. Alessandro Barbero did not have any problems with it as he pulled all the latest moves on it including double whip 360-s for the victory. He's from Italy so he's used to riding in these temperatures most of the year. Chris Doyle no-footed cancan-ed the spine and found different lines for second while Hector Garcia from Mexico ripped it up for third. Hector also made it to the World's in Prague last year and impressed in pro mini there. Mark König from Germany won the adidas best trick Spine contest with a 270 Tailtap to icepick to toothpick tailwhip over the spine. 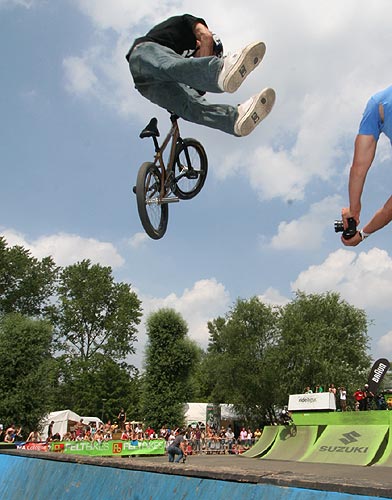 The BMX masters also had expert street with over 100 entries and master street and a girls class that was won by Stacey Mulligan. There was no moment that the course didn't get abused. Even in the dark people were riding. Instead of listing each riders' tricks we'll give you a bigger photo section so you can figure out what the course looked like and who did what. 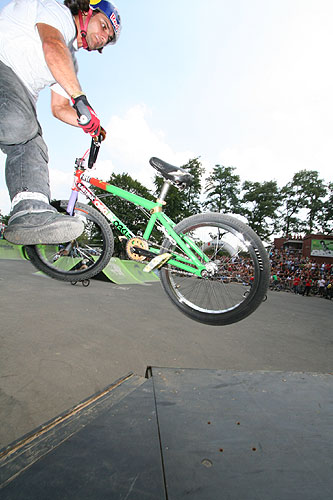 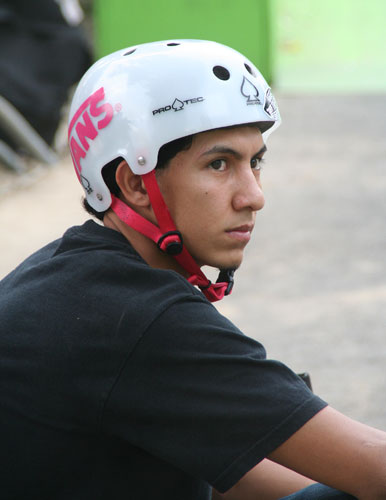 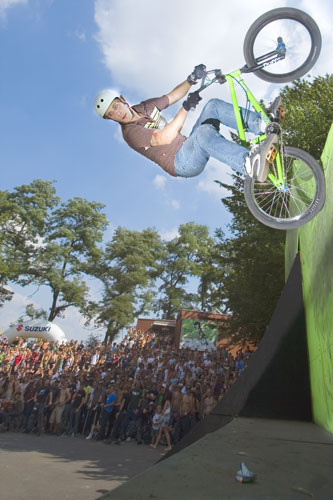 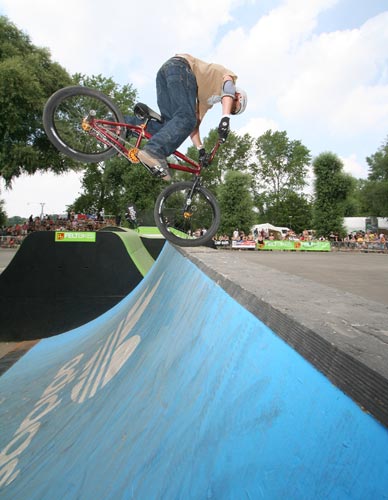 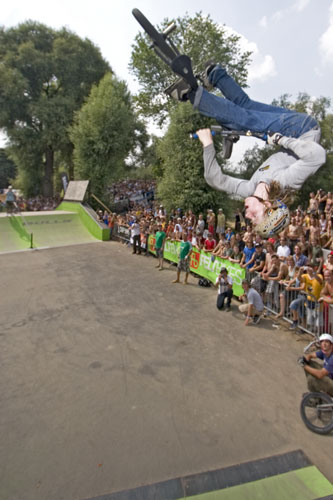 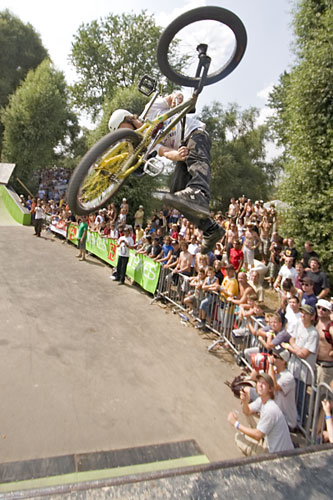 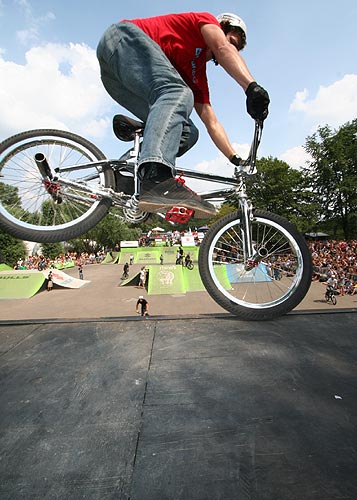 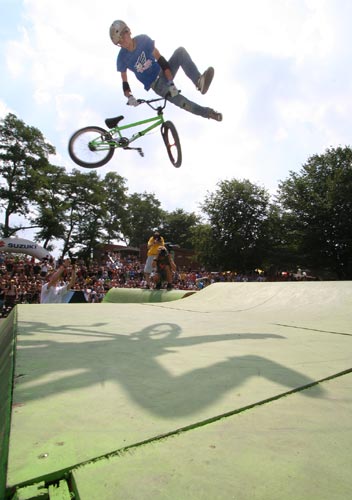 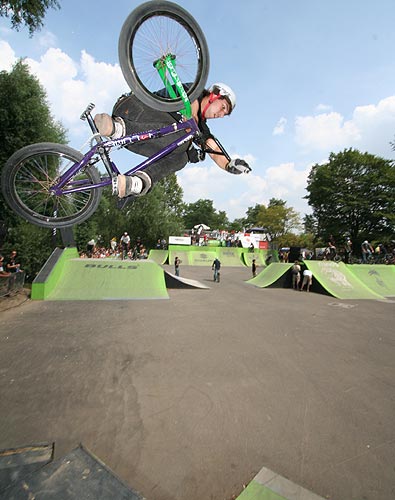