Baco-a-go-go 2006 Report with the help of Chad, Albe's and Matt Coplon

Written by  Bart de Jong
Read 8768 times
BACO-A-GO-GO 2006 IS IN THE HISTORY BOOKS. IT WAS A CRAZY WEEKEND AND HOPEFULLY EVERYONE THAT CAME OUT HAD A GOOD TIME AND WENT HOME WITHOUT A LOUSY STD. ALL KIDDING ASIDE THOUGH, WE DID HAVE A SCARY INCIDENT THAT INVOLVED TEAM PIMPSKE'S FILTHY PHIL JONES. HIS ATTEMPT TO TOOTHPICK THE SUB BOX ON TOP OF THE HALF BOWL ENDED UP WITH HIM TAKING A REAL NASTY SLAM AND HE HAD TO BE AIRLIFTED TO ORLANDO REGIONAL HOSPITAL. AS OF TUESDAY THE 31ST, THE LATEST WORD FROM THE PIMPSKE SITE IS THAT HE'S BEEN MOVED OUT OF INTENSIVE CARE AND WILL HOPEFULLY BE GOING HOME ON THURSDAY. THE PIMPSKE CREW IS ORGANIZING SOME BENEFITS TO HELP OFFSET PHIL'S MEDICAL EXPENSES SO CHECK THE PIMPSKE SITE FOR INFO AND HELP A BROTHER OUT. WE WISH PHIL A QUICK AND COMPLETE RECOVERY. NOW ON TO HAPPIER NEWS... 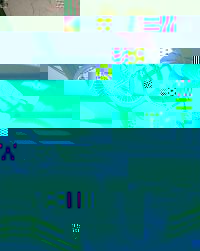 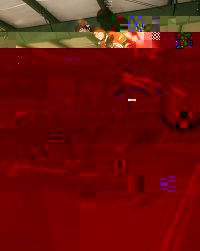 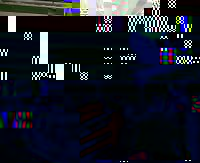 THANKS TO EVERYONE THAT CAME OUT THIS YEAR AND MADE THE EVENT ONE TO REMEMBER, AND ALSO HUGE THANKS TO THE SPONSORS WHO MADE IT ALL POSSIBLE. UGP CLOTHING, DC SHOES, RED BULL, AND THE FREE BBQ SPONSORED BY PRIMO. WE HOPE TO SEE YOU NEXT YEAR!  - Chad 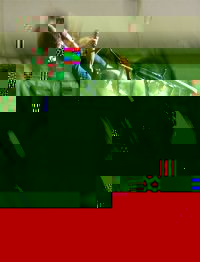 -Mark having lines galore traveling at full speed wielding a Superman costume, as Tony is one of the most dialed riders I have seen in awhile. At 17 years old, he goes real big and real tech. He deserved 1st. Besides being amazing on a bike, he's a pretty modest kid and definitely acts much older than he is which was quite refreshing. Congrats to both of them.

Highlights were:
- Tony Cardona's alley-oop 270 from the spine into the vert wall wearing a 10 pound Scooby-do costume.
- Dave Osato's 360 whip to 360 nosepick over the street spine.
- Jerry Ramon's barspin to nosepick to barspin in.
- Mulville's 12 to 14ft alley-oop lookback across a quarter.
- Jimmy Hale's tailwhip to fufanu on a sub.
- Johny Devlin's 90 degree 360 handplant over a hip.
- Ryan Herbach being super consistent and doing all sorts of flim flam across the course including an icepick on the outside deck of the street spine to hard 180 back in.
- Dan Sieg coming real close to a double tailwhip 180 over the deck spine. 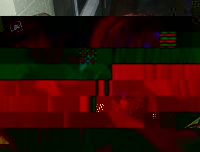 As far as antics go, Catfish is still the most entertaining, no holds barred- uncensored announcer in BMX. He had a stripper handing out cash rewards during runs for innovative stunts. At one point the stripper had put on some lingerie while handing out the rewards, though, was shut down soon after when the cops showed up. Wild times. The costume party afterwards in downtown Orlando was almost worth the whole weekend. Crazy costumes, crazy times. Check pimpskestatebmx.com for more uncensored details.

Everyone at Profile would like to send a "get well soon" to Phil Jones from NC in hopes of a quick recovery from, probably, the worst fall I've ever seen on a bike. Phil was in intensive care on yesterday suffering some serious facial injuries from a fall off the sub-box. According to Mike McQueen, he is now in stable condition and is awaiting surgery. Our hopes go out to him for a quick recovery.