Written by  Bart de Jong
Read 4444 times
My memory of my first Zombie Jam is actualy rather faded. It wasn't because of the lack of good riding, good times, fun people, activities or the good old BBQ. It was really more of a matter of the fact that I got WAY too drunk afterwards, whoops. The jam was pretty damn fun & a great job was done by the organisers, Mike from Zombie fame himself & Mike from triplesix distro NZ. There wouldv'e been about 250 plus people hanging out, riding, chillin' & basically taking BMX in the NZ way. Very relaxed. 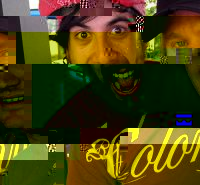 They had a few little comps some of which were really good to watch. There was the 'In N Out' comp on basically a two small quarters facing back to back. I am not sure what trick won (memory loss) but for me there was a cool barspin in to barspin out, 180 in to 180 out & the one that didn't quite get pulled was a jump in to 180 whip out, damn those foot dabs !!

Another comp was the high jump out of the same little set up. On the first run though the two twins 180'd over the high bar totally! They were going to need some more height. So out came the coolers with the Redbull & sausages in them for the added height needed. It took a while but we finally had a winner & it was at least 6 foot out of a kicker that was no more than 1 foot high. Rather impressive. 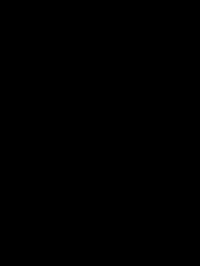 All in all it was a great day & a great time was had by all. Redbull must be thanked for supplying the tunes & drinks all day while Colony BMX, wethepeople & Macneil with triplesix distributions must also be thanked for all the cool prizes given away.

After the jam was a bmx/art showcase put on by triplesix distributions with all the newest & greatest products coming out from brands like Colony, wethepeople , Macneil, Fly, Shadow, Orchid, Lotek & Little Devil. They also had playing the Triplesix Team DVD, Macneil San to Van & premiered the Focal Point DVD.

This is where my memory gets really faded due to the bottle of Bundy I 'helped' consume... hmmm. All good except the next day & when you make a mess in Dave Manconi's car... sorry Dave!

More in this category: « Baco-a-go-go 2006 Report with the help of Chad, Albe's and Matt Coplon Battle In da Club Round three - Dan and Chris take it! »
back to top