Written by  Bart de Jong
Read 7977 times
To finish up another flatland year, Michiel and his friends from Soulcycle organized another edition of the famous Flatground International Flatland Contests in Amsterdam, Holland. They chose a new location in the docks of Amsterdam, away from the city centre. Same wooden Flatground floor though, the one all the riders love.

Rider turnout was a bit disappointing though, about 20 expert riders and only 12 master class riders is not much. Good turnout in pro, with mostly Euro riders and some Japanese and Americans but not even in the same ballpark as last year's edition. The venue was smaller than last year too, but good enough for the amount of riders and spectators. 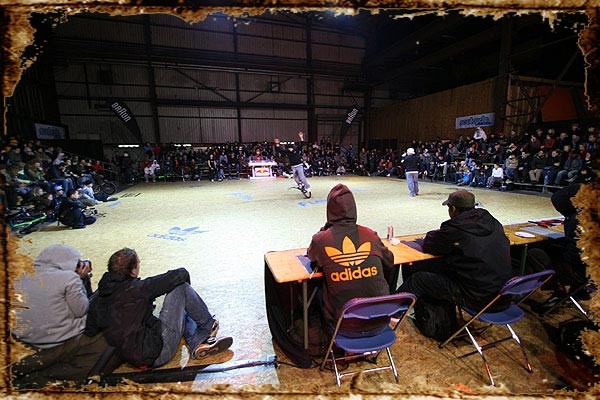 Big plus was a small eating stand where you could actually eat some good food and drink some hot tea or coffee, which you needed because it was very cold for spectators and filmers like me who just sit or stand still all the time. 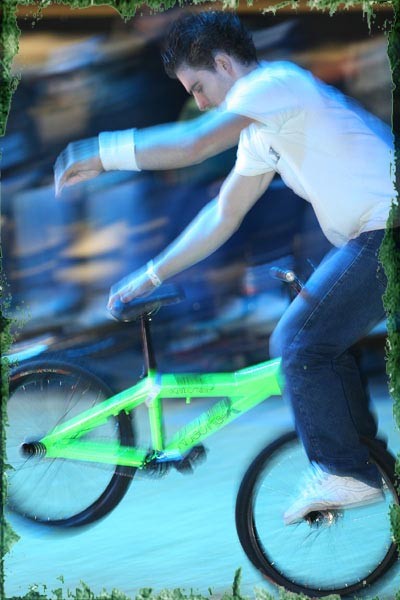 On Saturday were the prelims and Sunday the finals. Expert class showed some nice riding with mostly Dutch and local riders, Master class was dominated by a group from the Czech Republic, but won by Tom Hoffman from Germany. Keep an eye out for him, he's winning top prizes all over Europe! 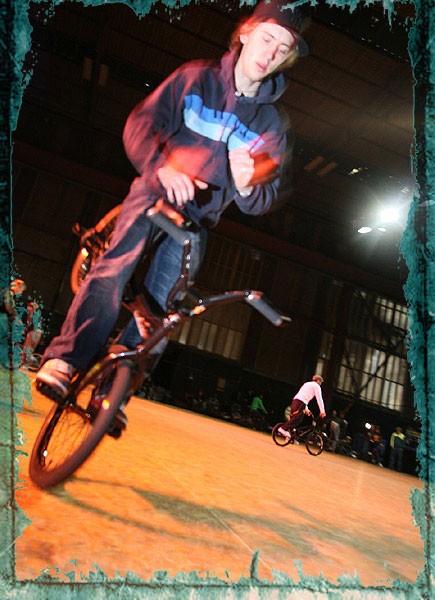 Great riding in pro class with riders like Terry Adams, Justin Miller, Mickey Gaidos (Southriders Crew) from the US, Hiro, Shintaro, York, Kuga and Yanmar from the Land of the Rising Sun, Stereo Pandas Alex Jumelin and Raphael Chiquet, Matthias Dandois, Michael Sommer, Dutch Destroyers Bram Verhallen and Sytse Winkel, German riders like Frank Lukas, Seppl, Sven Steinbach and Dan Hennig and a big UK posse with Sam Foakes, Keelan Philips and Effraim Catlow who was one of the judges. 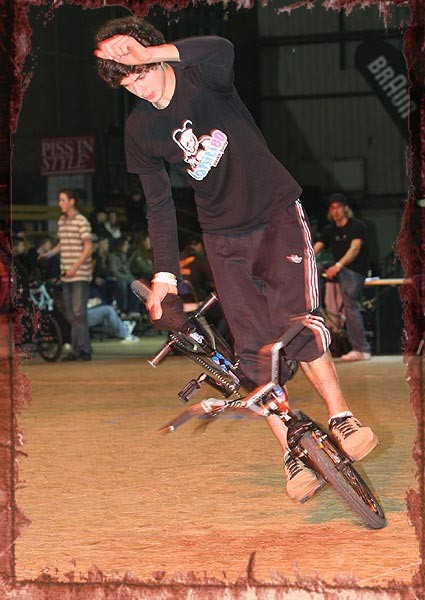 12 pro riders qualified for the finals. Matthias qualified first with a perfect run full of original, hard tricks and great style. Finals were done in Battle Style. Two riders went head to head and you could choose your opponent, one was red and one white, after battling the judges put up flags, red or white. You count them and a winner was chosen, loser was out. Simple and very effective. 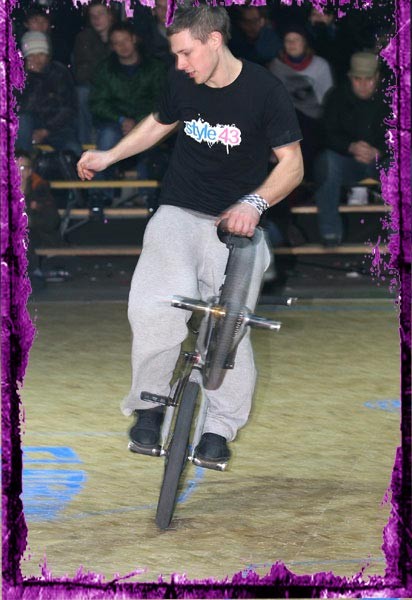 We saw some very exciting battles: Justin taking out Matthias, Sam Foakes taking out Chris Bohm, Keelan Philips taking out Terry Adams... and in the end the final battle was Martti vs Alex. Was it a hard decision for the judges?

Well.... although Alex is a great rider he didn't stand a chance this time against a Martti Kuoppa unleashed! He just tore it up with revolutionary tricks! And best of all, I talked to Martti the weekend before Flatground, in Berlin and he told me he couldn't enter that tournament because of his bad wrist and ankle and wasn't sure if he would enter Flatground. 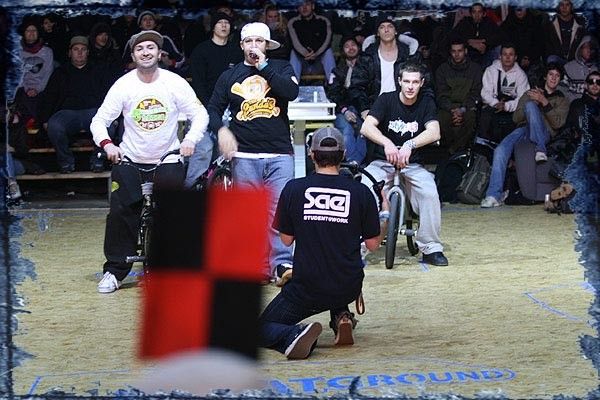 So when I met up with him on Saturday morning he was going to try if his body would hold. His first practice runs were a bit unsteady but as time went on he was getting more and more sure of himself and after qualifying I spoke to him on Sunday morning and he told me he was feeling much better than on Saturday... well, you could say that all right! His final run against Alex was amazing! Bombs all the way! Check out FLATtv 9 in March next year to see just what you missed out on! 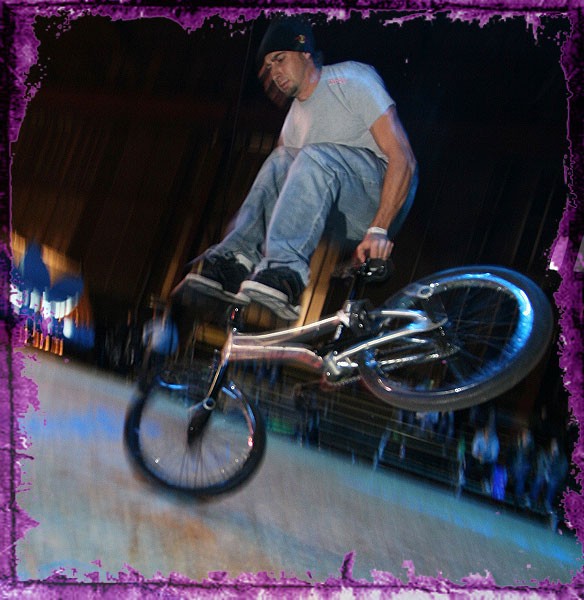 Many thanks to Michiel and crew, Hoite, Scott, sponsors, riders and crowd! Props to Superbird, the band that got the Flatground party going! Sweet! And no thanks to DJ Yoda, who single-handedly fucked up the Flatground party! Man, your set sucks! We wanted to dance, not hang around watching tv. Thanks for nothing (that's not just my opinion but those of many, many at the party!) 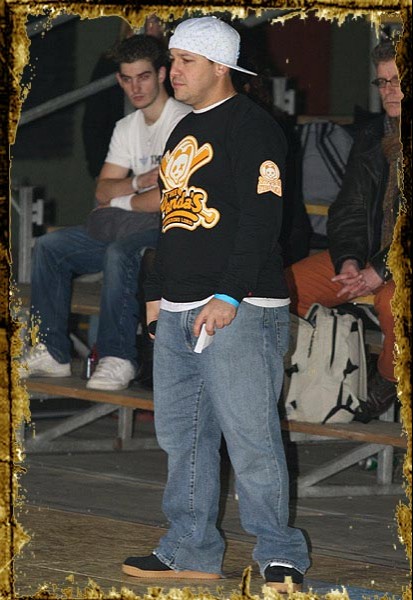 Merry X-mas and a happy newyear! 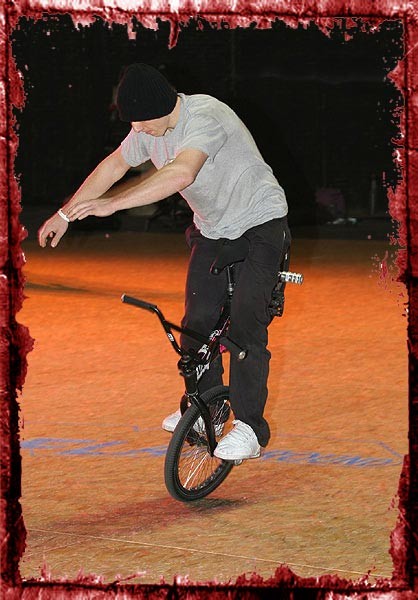 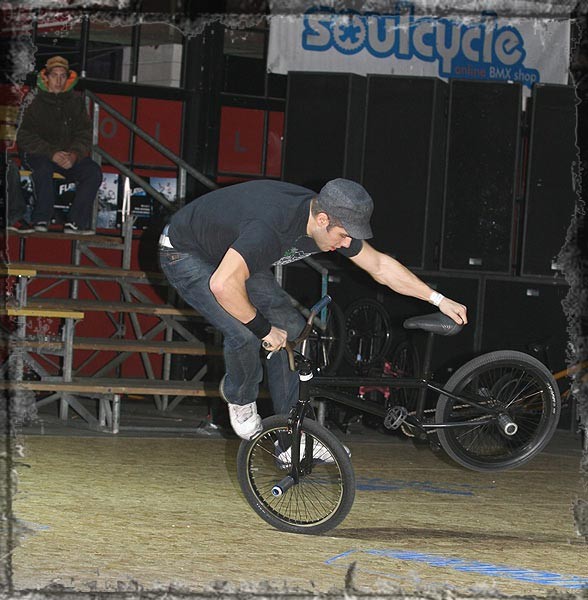 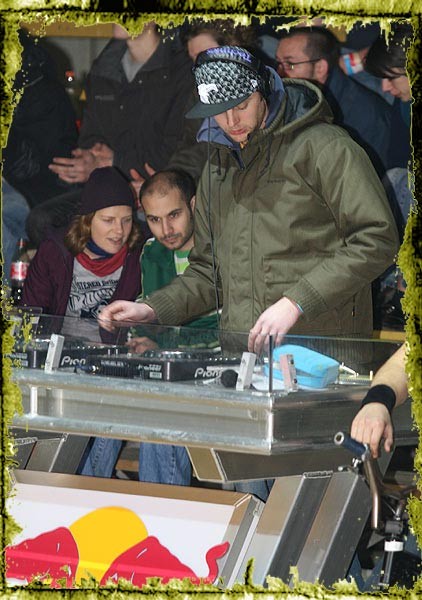 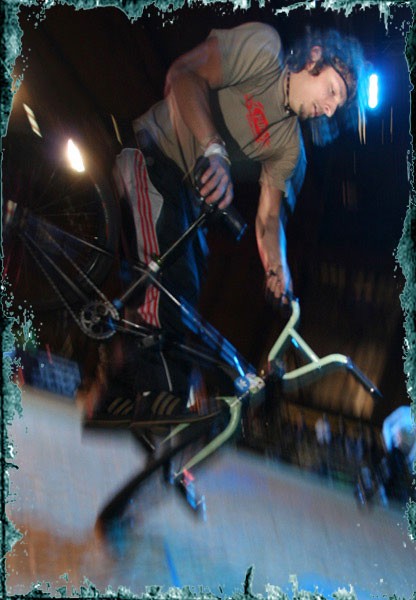 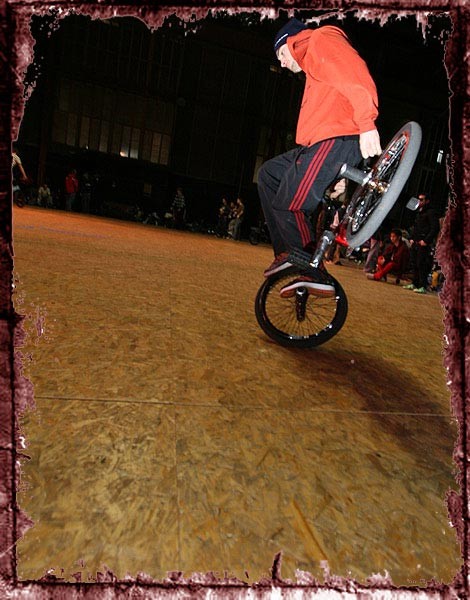 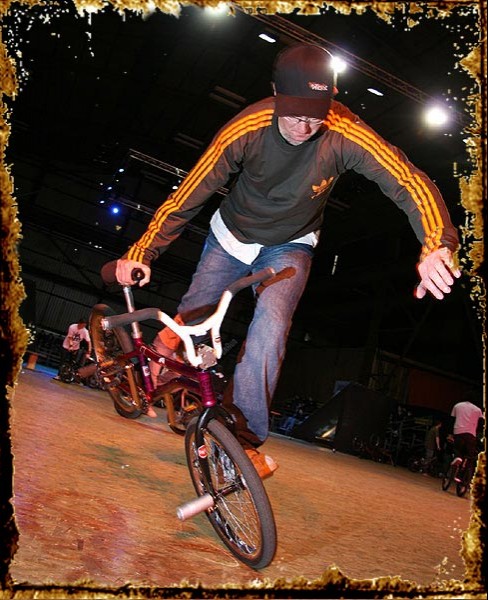