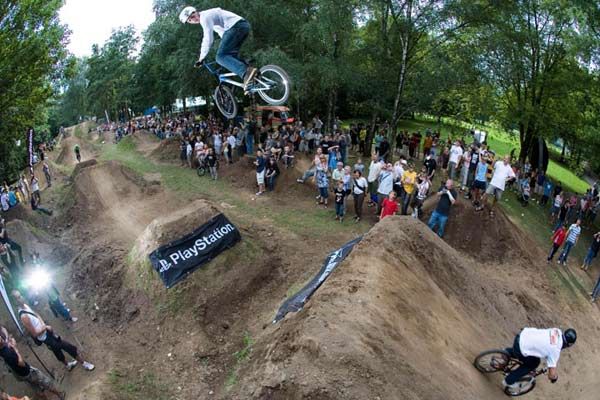 It was some nasty weather conditions chief organizer Cay Clauberg and his Team were facing ahead of the second PLAYSTATION® THE CHAMP SERIES 2007 tourstop in Moers. But thanks to the great support of many helping hands more than 1000 excited fans could witness Markus Hampl win the dirt contest and take 1500 € of price money with him. Due to heavy rainfall on Friday Benny Paulsen and his team really had their hands full to save the newly created dirtpark in Moers. Several tons of mud had been moved there, which were now flooded. 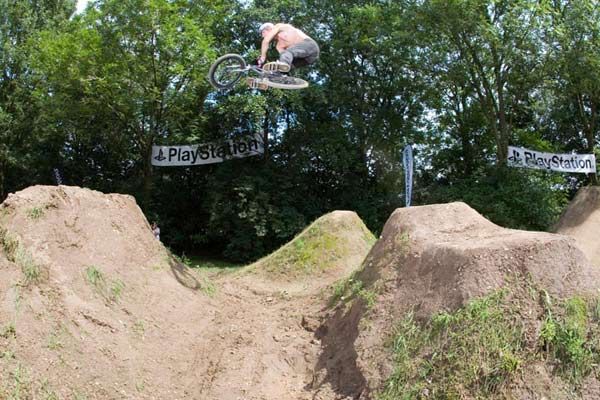 But the whole team rolled up their sleeves to save the lines. On Saturday the sun was shining again, and 14 pros and six amateurs could from all over the world could start into a perfect competition.

The park really was worth a visit: A four meter roll-in followed by two lines each with four doubles and a large variety of transfers were on hand, and the riders never missed a possibility to show spectaculare tricks.

After a two hours warm up the amateurs strated into the contest. 360s were standart- tricks even with the youngest talents, which they performed with a remarkable easiness. After a close contest 17 years old Anton Wilms finished first, followed by Phillip Wallenhorst and Jan Korfing. 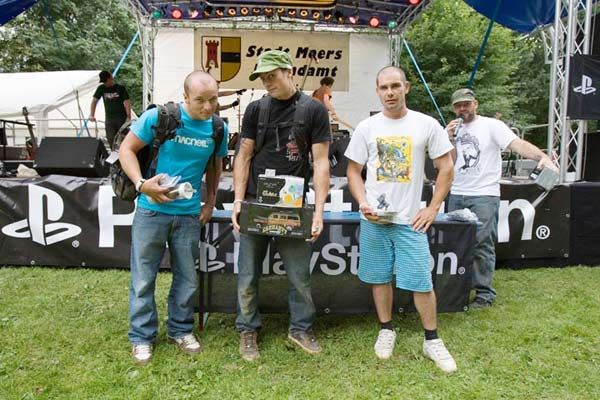 In the afternoon, when the atmosphere among the 1100 who came to watch the contest reached its peak the 16 pros entered the stage.

With jumps of six metres and more the riders flew over the crowd’s heads, showing one spectacular trick after the other. Markus Hampl finally came out on top of the dirt contest. Never missing a jump he knew to persuade the jury with his perfectly done “double tailwip”. Second came Romualt Noirot- with an incredibly diversity of tricks, and a frequently performed hand superman. Proof enough that he defenitely ranks among the top riders in his homecountry France. Third place went to Noirots countryman Nicolas Bertier. 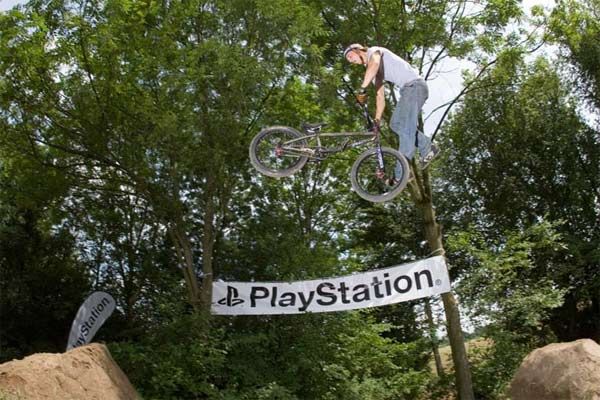 Showing a unbelievable “backflip tailwhip” Björn Mager from Berlin nailed down the PlayStation best trick. With a solid 720 the youngest of the pros finished place nine, earning the other pro’s respect who in some cases were double his age.

The winners of the five contest could take 1500 € of price money plus PlayStation® Portables home with them. All riders finishing place 20 or better in of the 5 contests scored for the overall ranking. For all amateurs there were material prices waiting.

Of course this great contest finally had to end with some live music and BBQ! We are looking forward to the next tourstops.