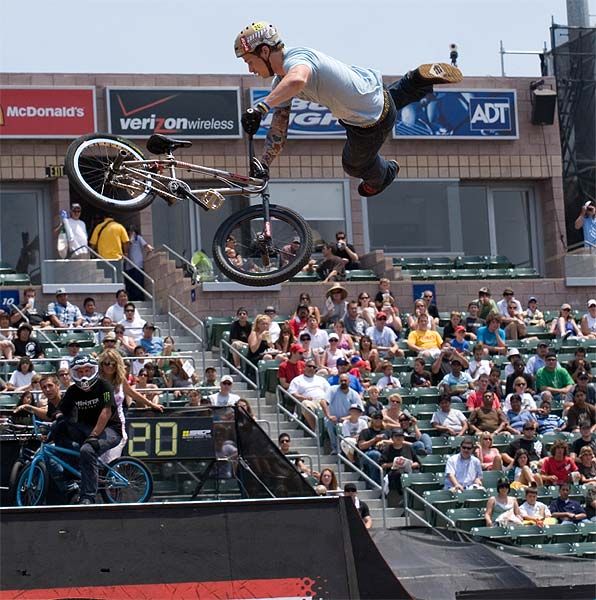 I remember seeing the X games back in 1996 on TV and thinking how cool all the Schwinn guys looked with matching gear. Ever since I have been in America I knew I must go and see at least one X Games. Since Bart's friend Michael De Wit couldn't make it this year I filled in.

I have managed to avoid LA for 3 years now but it was inevitable. I woke at 4:30am to catch a flight that never left on time and somehow lost my cellphone along the way.

"Home depot center " I told the cab driver at LAX. "Herm Dee Pot Sen teer " he replied and it was then that I knew I was in trouble. 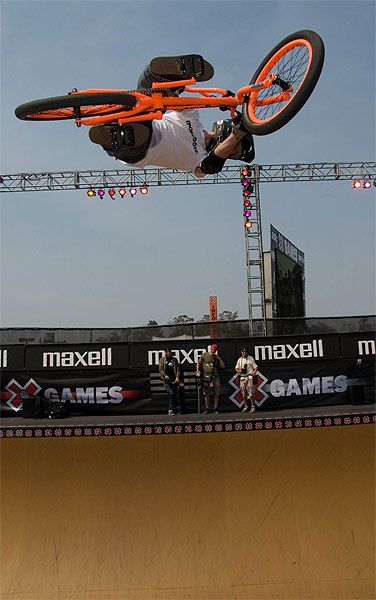 He had never heard of the X Games either. I could have sworn the guy was Borat's brother Bilo ( "he retard , he live in cage" ). Bilo drove me around outside a strip mall saying that this was the place and pretending to be lost while running up the meter. 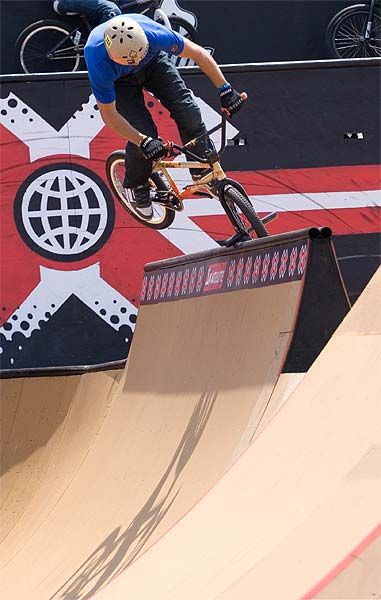 As pure luck would have it I bumped into Dirk from www.powerbalance.net and his boys at a gas station. They were wearing lanyards so I knew I was good. They very kindly gave me a ride to the venue. It was still early when I got there and I could hear the Super Moto guys practicing in the background. 7 venue staff all gave me 7 different directions to media registration. 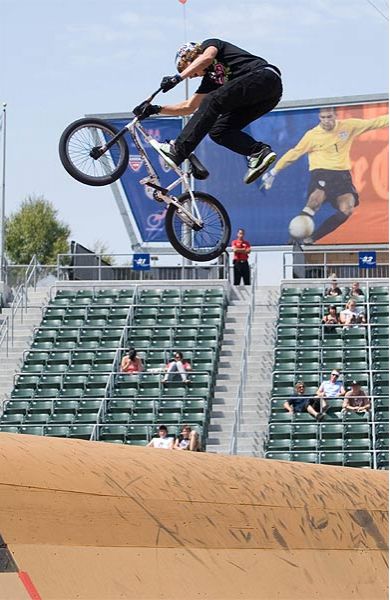 I killed some time and watched the Motocross guys practice for the first ever race at X Games. After a few minutes I called it as either Carmichael winning or Langston. Sure enough they went 1 and 2 respectively. See you in Vegas. 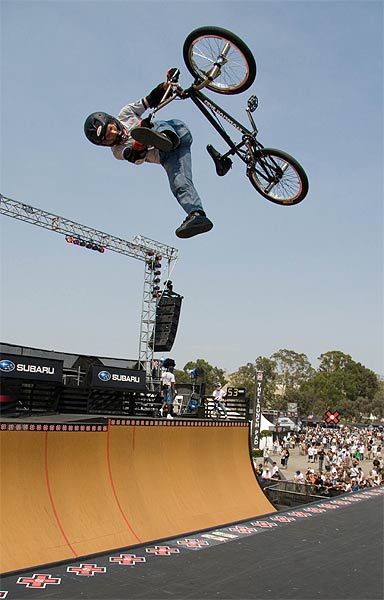 The first people I bumped into on my way park practice was Dennis Enarson's Mom and Dad who are very pleasant and down to earth people. Dennis' Dad Kenny showed me the secret entrance to get down to the park which I would never have guessed. The park struck me as being smaller than what it appears on TV but the quarters were huge. Time came for the final to start and the camera crews took over the show which left me sitting in the stands with everyone else trying to take photos. 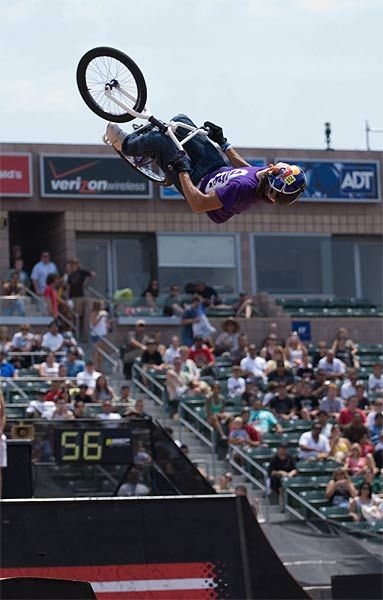 The sun went from stun to kill and I was baking in the stands. It got so hot I even paid for one of the $4 lemonades. I gave the guy a $5 note and told him to keep the change because at those prices he obviously needed the money more than I did.

Daniel Dhers' runs took park competition to the next step of evolution. Just 1 trick doesn't cut it anymore and he was sometimes throwing at least 3 in at a time. His consistency is nothing short of amazing either with him making very few mistakes. 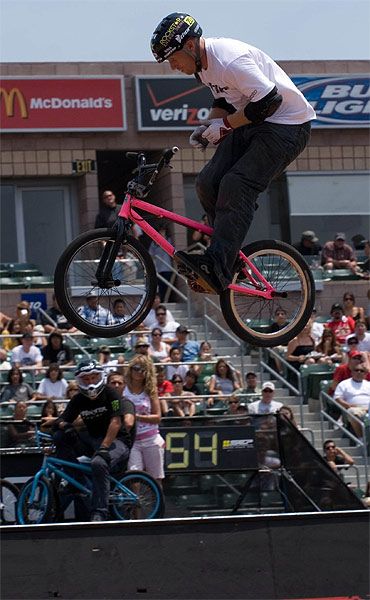 Back again on the mic was Catfish who did a great job keeping energy levels high. Grotbags was also present doing his thing and it was good to see the event called by 2 guys who know what a peg stall is and not some middle aged "dude" in board shorts. 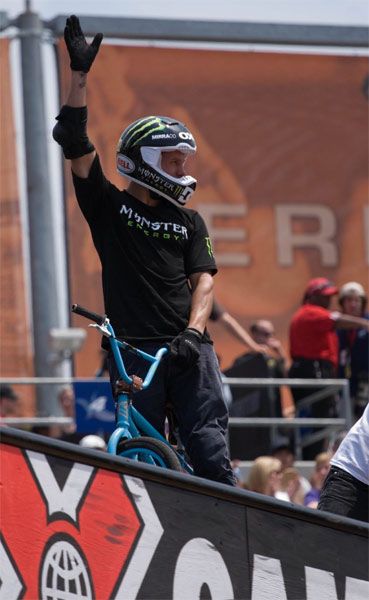 Nyquist was visibly disappointed with his second run which was riddled with crashes. After a great run in the last 2 Dew Tours his goals were obviously set high. Dennis Enarson started off both his runs with triple whips on the drop in. A crash in his first run and another crash to end his second run hurt his chances. Also in his first appearance at the comp Mike Spinner was going for the double whip to tire tap with not much success. 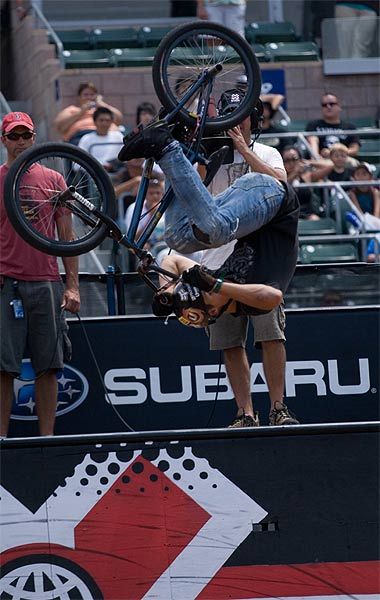 Rocking his baby blue bike Dave Mirra went whip crazy in his second run and one was thrown every few seconds. Armed with a full sleeve of rub on tattoo's Morgan Wade pulled a flair whip from quarter to bank. Scotty Cranmer finally pulled his front flip over the spine in his second run and finished second after his X-Games victory in 2006. 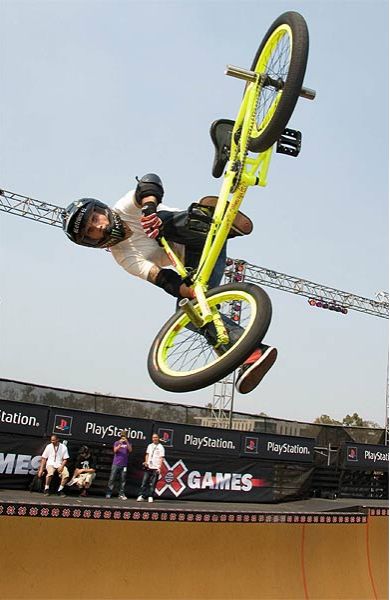 Over on the vert ramp the trend of spraying your whole bike day glo colours was catching on. The ever modest Jamie Bestwick took the win while taking some if his big tricks and doing them opposite. John Parker banged it up a notch by landing a bike flip. Francisco "Coco" Zurita took X Games 13 literally and had a bad day going for the triple whip in both his runs and not landing them. The second attempt left him on the ground for a bit which we never like to see but he walked off under his own power shortly after. 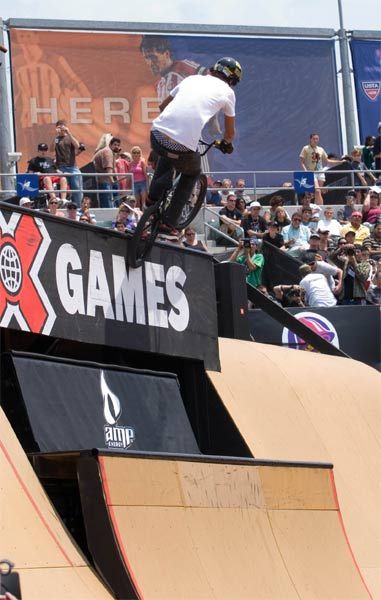 Vert was cut short for me as I had to rush back to LAX to catch my flight home. Sure enough the flight was late again. 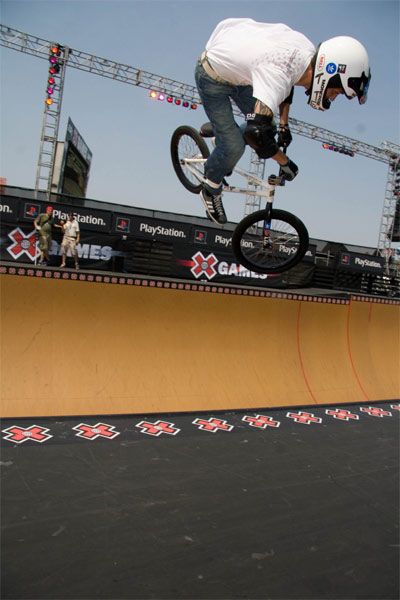 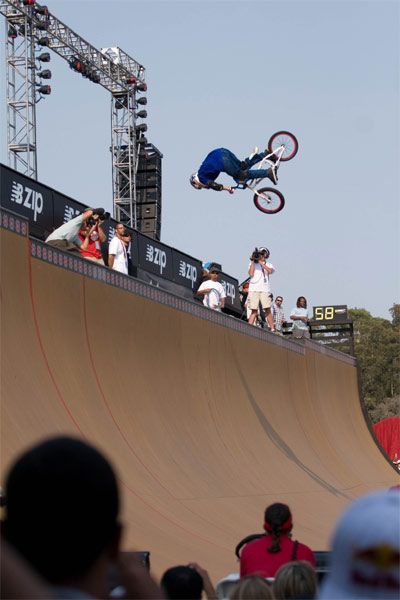 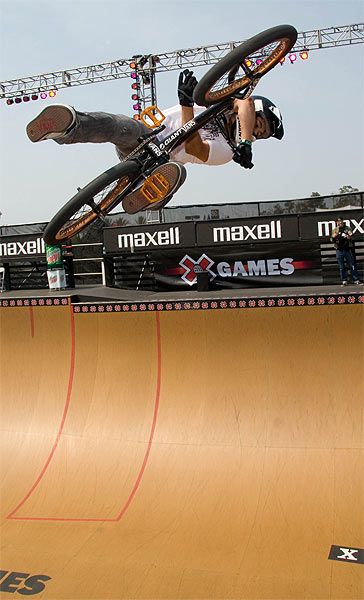