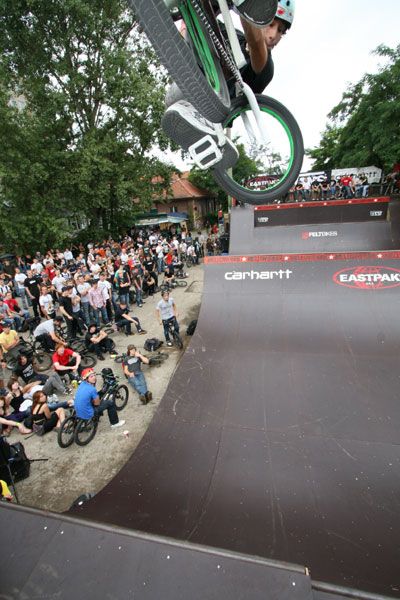 The Pro mini contest at the Rebel Jam was a good one. Mini ramp contests aren't too popular these days but they are actually good fun for everyone involved. Sure you can get hurt but riding a 6 feet high mini ramp is something different than riding a 14 feet high vert ramp or jumping a 35 feet long gap on dirt. It doesn't mean that the action isn't there though. The level gets pushed and also the Braun Spine tour is a good example for that. 720-s over the spine were pulled by Ryan Guettler and also Harry Main who did these in practice like it was a tailwhip tailtap.

Felix Kirch rides brakeless now and shows he can handle it. He's smooth, goes big and keeps it fun. The young German Felt rider was stoked to be in the finals in Pro Mini and he deserved it too.

Bjorn Mager and Tobias Wicke were locals in Berlin and they have that ramp wired. Things didn't seem to go Tobi's way in practice and during the finals but he pulled a new trick on the sub box at the end and was stoked indeed. His mother was in the crowd and experienced what Tobi does all over the world; stoking the crowd with his riding. 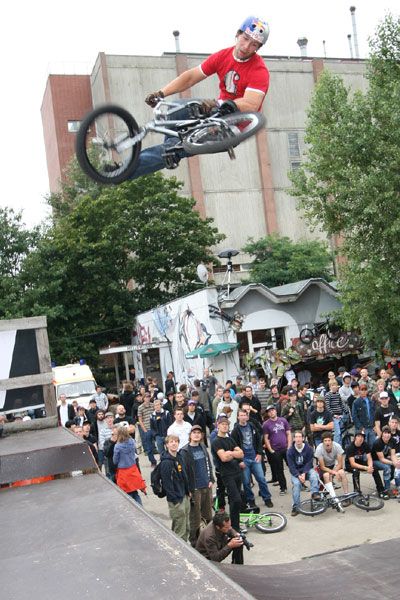 Bommel (Bjorn Mager) at one point killed his bike and took someone else's ride to do a flipwhip over the spine. Insane. Bjorn also did several crossfooted whips and nosewheelies (+ nosepicks) without the help of a front brake.

Britain's Ben Wallace lost his tongue piercing during finals and spit it out in Catfish's hand. He later found out that the other part was still in his mouth and Catfish got that one too. Ben showed all kind of tricks on the mini which included his whip to pedal stall/disaster on the spine.

Colin MacKay is an allrounded rider and can handle a 6 feet high spine mini with subbox. His stretched supermans over the spine are sweet and they're not the only trick he's got in his bag. 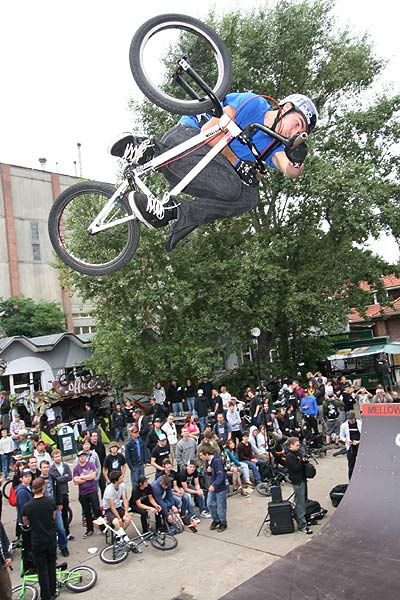 Tony Watkinson has a few moves that make you wonder how in the hell they're possible. His inverts (both ways) are prove they can be done. Maybe you've got to drop you pants a bit more to do these moves. I said maybe.

Daniel Penafiel showed crazy looking 360-s over the spine last year and this year he made the finals to show them again. The Spanish youngster has got some style and skills. Goes both ways, throws in an extra table on some moves and damn that traveling upside down 360 over the spine is nice. 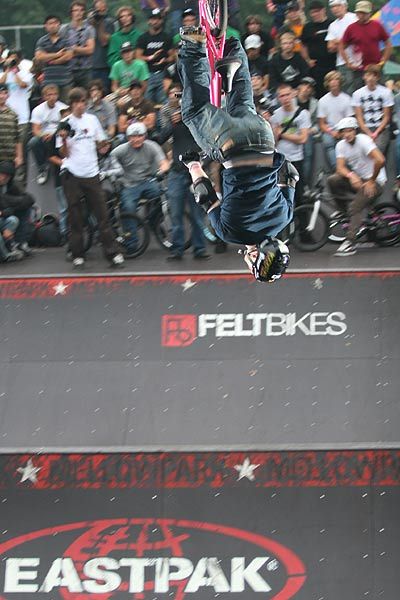 Chris Doyle can pretty much handle everything too. Dirt might be his specialty but he's just a good bike rider and can ride street and mini too. He rode all three comps at the Rebel Jam and received a 5th, 6th and 1st in miniramp. Yup, you guessed that right, he won the Style Award.

Dave Osato has some fans in Germany and when Dave feels good, you can expect some tech tricks from this Canadian. Dave won both Hard Trick and the Creative award so you know it was on.

Ryan Nyquist got a 6th, 2nd and a 3rd and was one of the most consistent riders. If it would have been a regular contest with a regular score, Ryan would have probably ended getting first. Ryan sure has a good sense of humor and threw a little goon ride in to score extra in the style category. So funny. Ryan traveled from side to side with a flip over the spine TO FAKIE! (on accident - good shit), did his own 360-s over the spine, did opposite nosepicks, things like that. I'm sure you'll get to see a movie of it sooner or later. 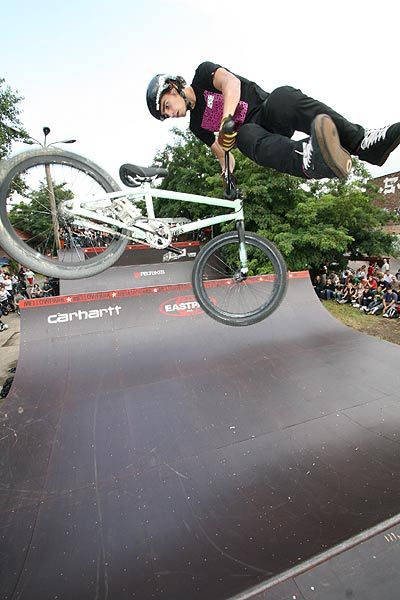 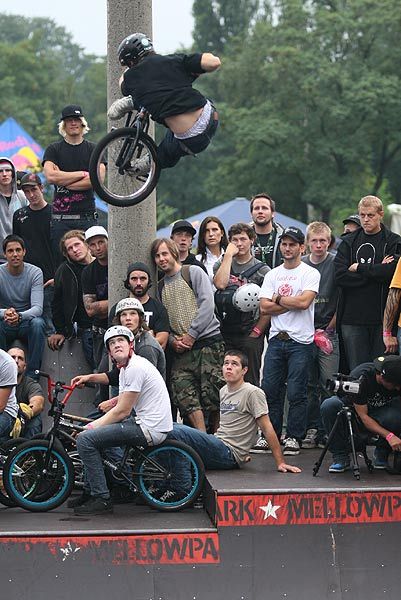