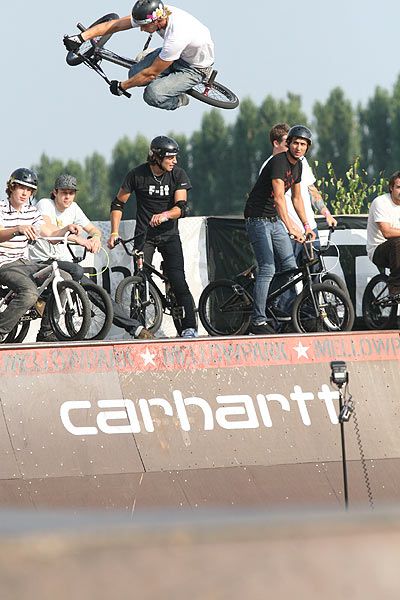 There were a few standouts at this year's Rebel Jam. Sean Saxton was one of them. When Andy Z told me that he was the only one missing his bike when he arrived from the USA, I didn't even know what bike he would be waiting for. Sean is a KINK rider and from now on I won't forget him. His style is amazing and fun to watch. He did one of the biggest moves of the contest which was a bunnyhop to hang-five on a ledge that went down after 10 feet of flat. He pulled it smooth too. His turndown 3-s are great and he did all kind of tricks that surprised me. It was nice to see a new rider in the mix and Sean was it. Bruno Hoffmann had perfect runs in qualifing. He's way too good for his age (14) and the wethepeople rider showed that making finals in pro street at the FISE wasn't a one time affair. You can have a lucky day but Bruno had two as he pulled all tricks in the finals too. Maybe he's just consistent. His tricks? He recently learned 720-s and pulled those, big wallride-360-s, downside whips all over the course, 540-s, you name it. MC Catfish couldn't believe what he saw. 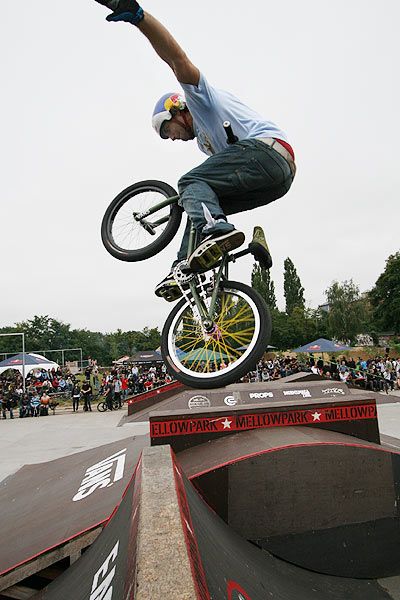 Michal Beran had an early crash but the young Czech rider is one for the future too. Alessandro Barbero is a trick machine and has his lines worked out before he drops in. The jam session format gave him a little time to think about his next run and he pulled flipwhips, flairs, 360 double whips over the box and the spine. 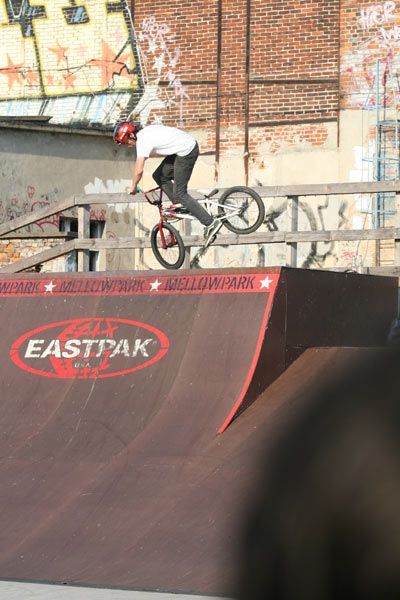 It was Nick Cooper's first trip to Europe and the Aussie definitely left an impression. He can seat grab indian into every trick and hold his own at night. MacKay made his second final in Berlin and was again tearing it up. Haro signed him on for two more years and they have a solid rider in MacKay. Ben Wallace pulled a double downside whip on a quarter and a 3 double downside tailwhip over the box which helped him get third in the hard trick contest. 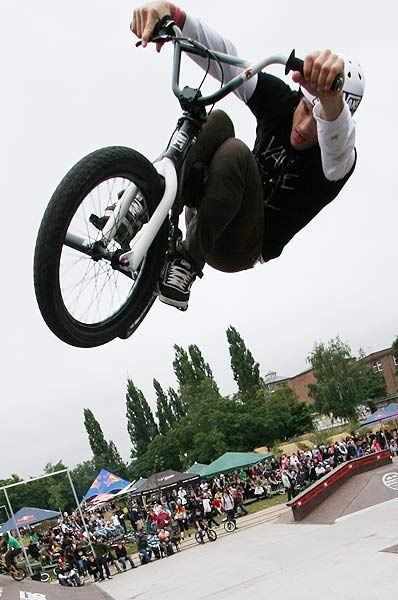 Bommel did a backflip double whip over the box which was super smooth and he had lines on the park that noone else had. Being local is good. Dillewaard rode consistent and with his overweight bag of tricks he was doing well in Berlin. Bohan showed he can ride more than dirt and the way he rides now you would think he will be riding more park finals soon. Like Bohan, Sergio Layos in one stylish rider. He hasn't entered many European contests lately but he made sure he was in Berlin for the Rebel Jam. Ryan Nyquist can adapt to any terrain and didn't have many problems with the Mellowpark course. 720 barspins over the box, nosebonk barspins on the spine and after 25 seconds of non stop tricks he was already looking really good in the hard trick award contest.

Dirt was left at this 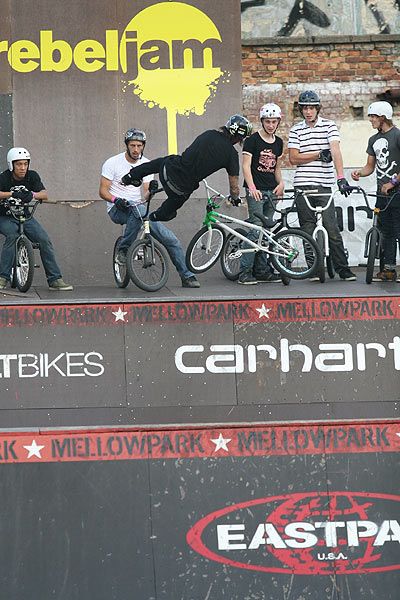 point. We'll go into that later. 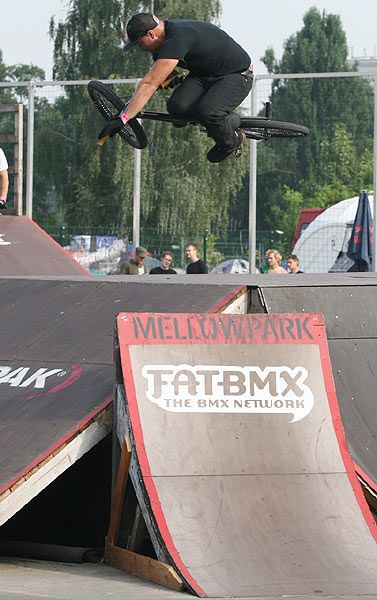 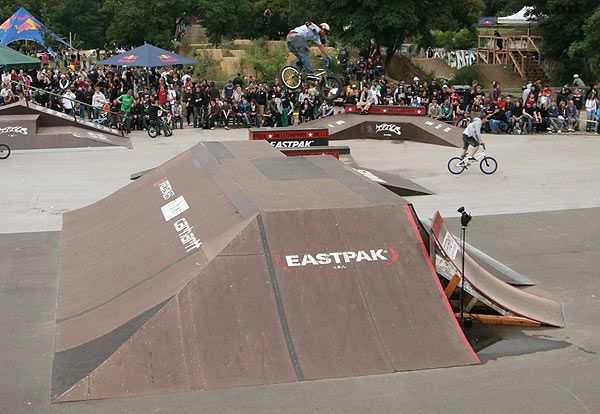