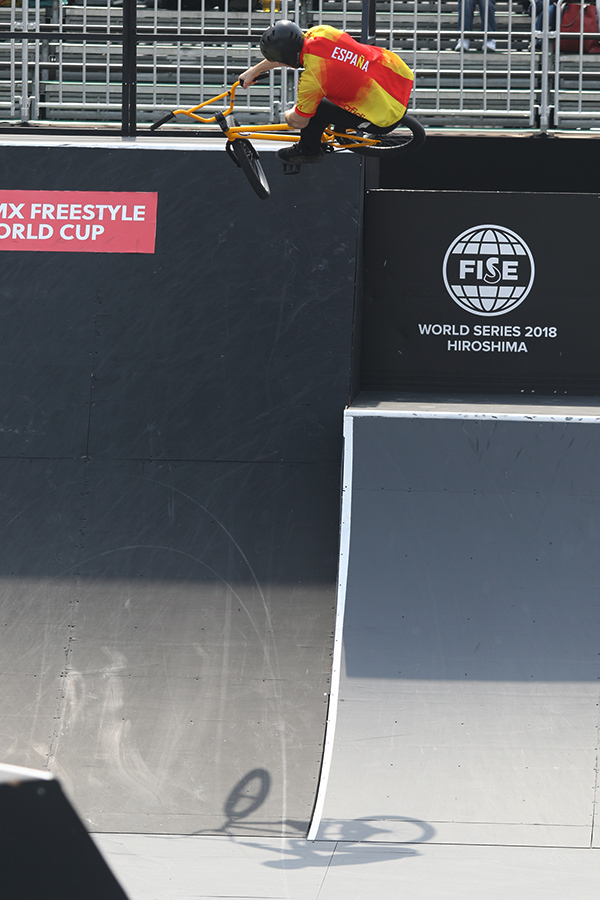 We’re delighted to be landing in Japan just in time to catch the cherry blossom season. Hiroshima looks magical and the historic location of the event makes this FISE stop feel extra special. We kicked off with the Women’s UCI BMX Freestyle Park World Cup Semi Final. Riders have 2 runs of 60 seconds to wow the judges but it's only the best run that counts. With BMX Freestyle Park being added as a competition in 2020 Olympics in Tokyo, riders are trying to push forward and progress their sport more than ever and some of the riding was insane. The line-up for the women’s event was amazing with riders representing from all over the world, but no one could stop last year’s winner 16-year-old Hannah Roberts taking first place. Be sure to tune in tomorrow at 11.10 to see if anyone can stop Hannah adding another gold medal to her growing collection.

Due to yesterdays weather preventing qualification, today was a massive semi-final for the Men’s UCI BMX Freestyle Park World Cup with almost 90 riders trying to take one of the 12 places in the final tomorrow. The Freestyle Park for this stop is not a conventional FISE park as it has no box jump

feature. This new course requires a lot of creativity from the riders and made for a super exciting event with a lot of surprises. The 2 run format of the competition proved useful for second place Japanese athlete Rim Nakamura who crashed on his first run and last year’s champion Daniel Dhers who also crashed but still managed to qualify. Brandon Lupos from Australia finished top and we can’t wait to see what he has in store for us in tomorrow’s final. 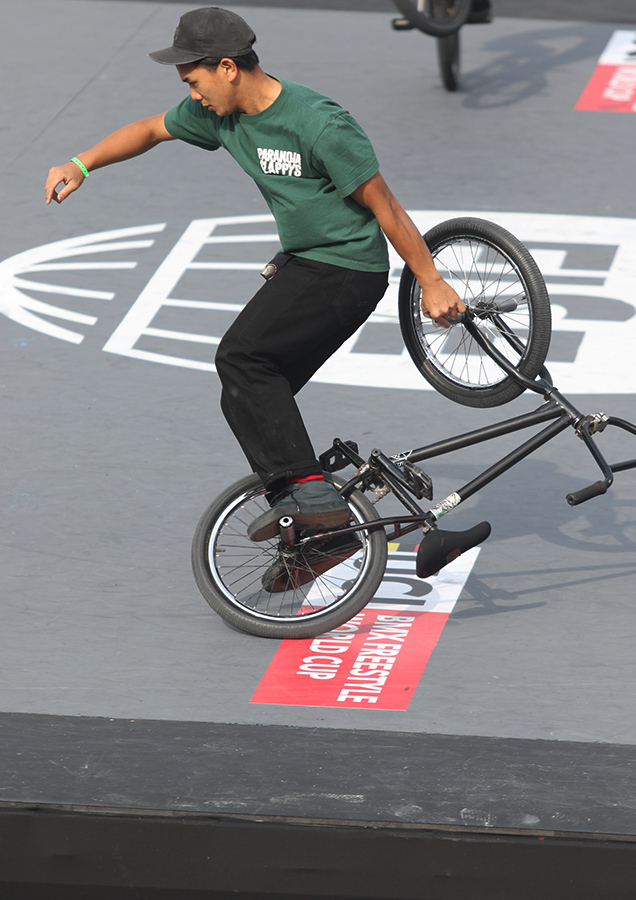 Pics by BdJ
Text by FISE