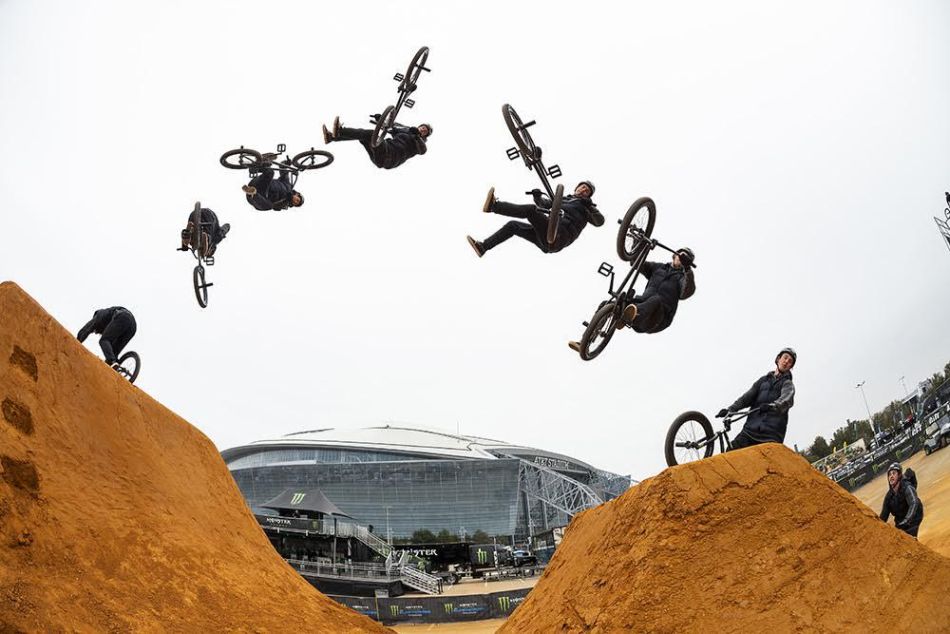 Stop two of the biggest BMX dirt show of the year is officially in the books – and our riders claimed both wins! Monster Energy congratulates team rider Daniel Sandoval on winning BMX Dirt at the 2022 Monster Energy BMX Triple Challenge in Arlington, Texas, on Saturday. The 27-year-old U.S. National Champion from Corona, California, soared above the competition in a high-stakes final despite winds, rain, and freezing temperatures outside AT&T Stadium Arlington.

The second win of the day went to Monster Energy BMX team rider Pat Casey from Riverside, California. In the heated competition, the 28-year-old BMX icon stomped the day’s best aerial move to claim the trophy. 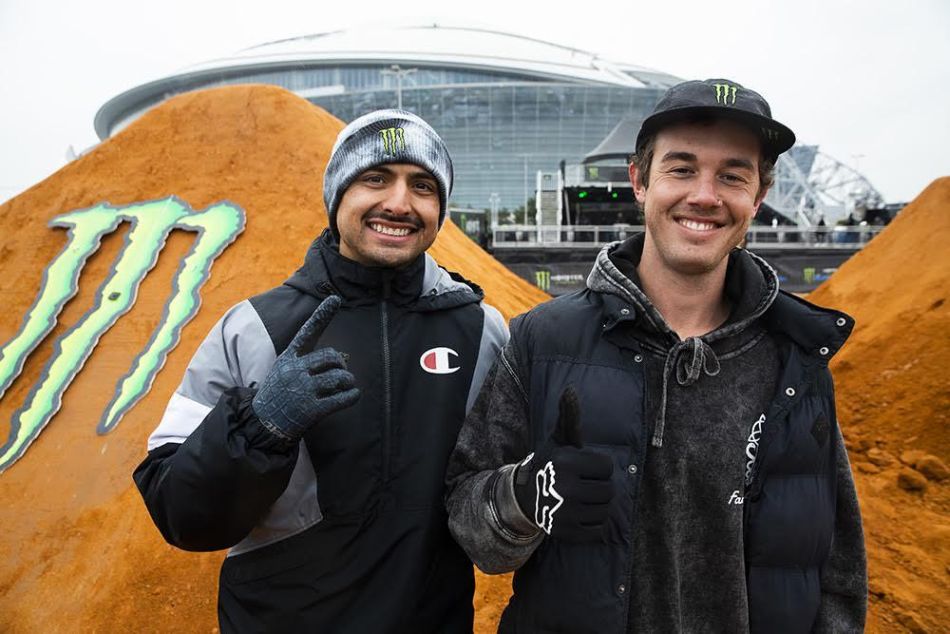 Presented by Monster Energy as the headline sponsor, the BMX Triple Challenge is considered one of the most progressive competition series in freestyle BMX. For the past six years, the open invite event has been showcasing the sport’s elite riders alongside up-and-comers who are looking to make a name for themselves.

Continuing the tradition, the BMX dirt competition series takes place during select Monster Energy Supercross events. Arlington marked the second stop of the 2022 tour before heading to Denver, Colorado for the final event on April 30. 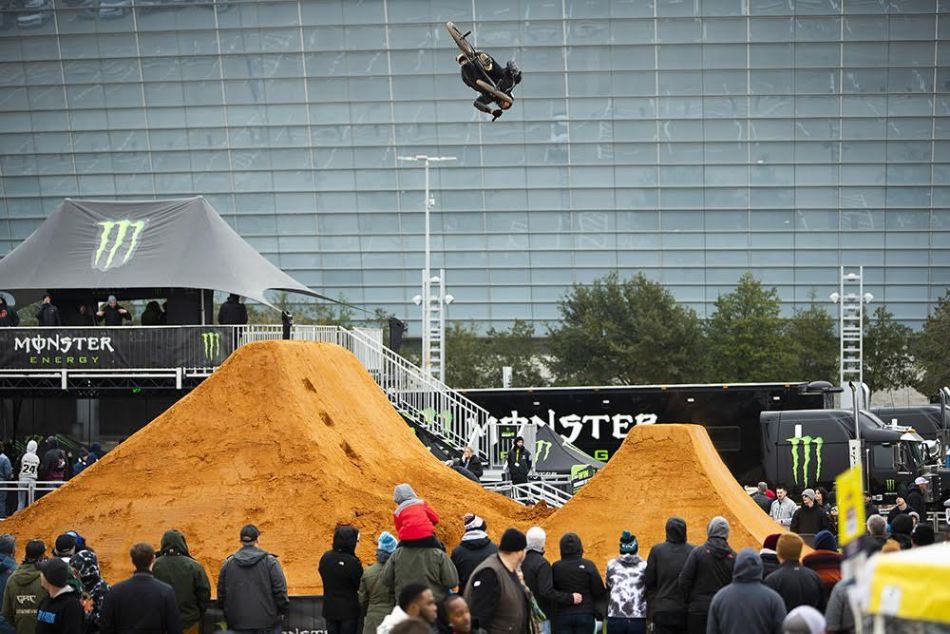 Amid gusting winds and temperatures below freezing, the massive dirt jump course outside AT&T Stadium Arlington provided challenging riding conditions. Upping the ante, the course featured not one but three jumps, with a ‘long and low’ style, juxtaposed between the two traditional booter style jumps the event is known for.

Some of the sport’s elite riders dropped in and stoked the crowd with complex technical aerials during Round 8 of the 2022 Monster Energy Supercross season. Because of the constant cold, the organizers decided to forego qualifiers and semifinals. Heading straight into the final, the roster of 15 riders only had two attempts each to lay down their best run. 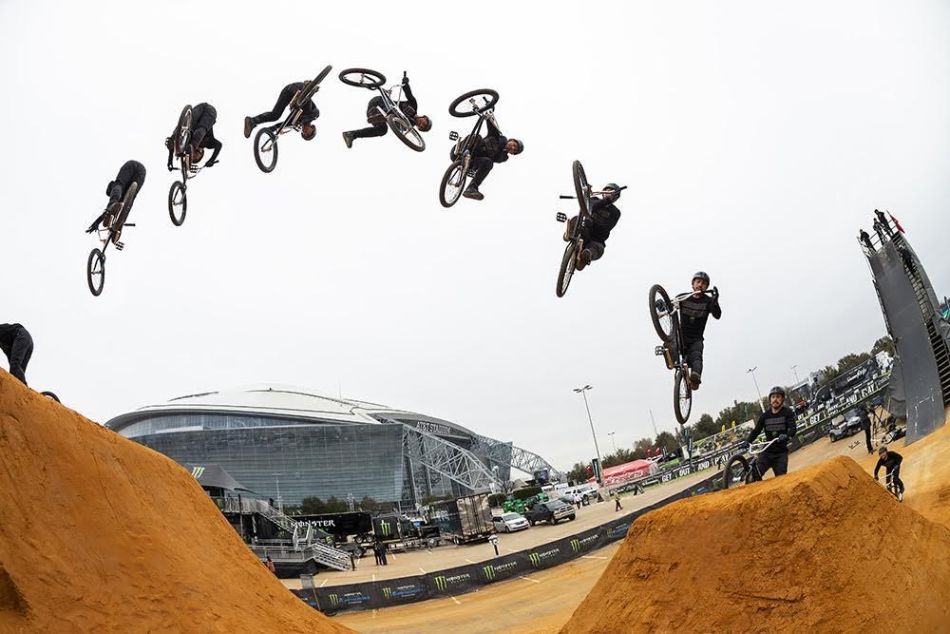 No stranger to extreme situations, Monster Energy team rider and reigning U.S. National Champion Daniel Sandoval showed his true grit. After starting his season with a strong second-place finish at the opening event in Anaheim, California, the new addition to the team was looking to rise all the way to the top.

Hitting the triple jump with speed, Sandoval put down a fast-spinning 360 tailwhip-to-barspin-to-downside whip over the first obstacle, followed by a double truck and a 360 downside whip-to-bar on the last jump for the win. On his final run, Sandoval even tried to up the ante with a 720 double barspin attempt that had the crowd on its feet. 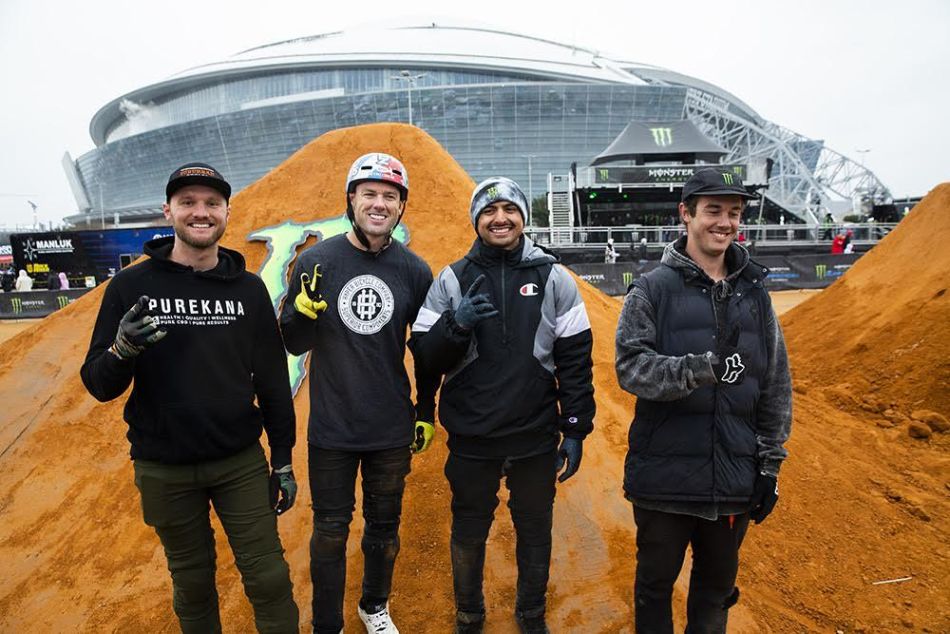 The spectacular aerial showcase continued in the Best Trick event. Contested as a free-for-all jam session, the competition was all about throwing down the most mind-boggling trick of the entire weekend.

When the dust settled, the crown went to no other than 28-year-old Monster Energy BMX team rider Pat Casey who took the win against the odds. After having two flights cancelled, Casey arrived on late Friday night to compete with a fresh set of hours-old stitches in his leg. 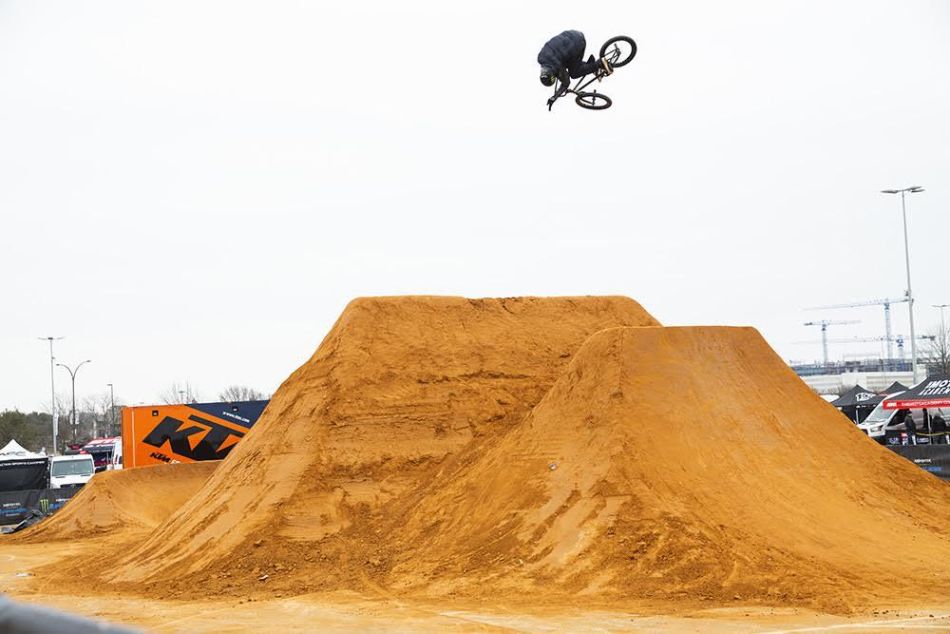 Not even laying eyes on the jumps until Saturday morning Casey quickly found his groove with lofty 360s all day and a perfect Cash Roll. It’s no secret that Casey has a lot of Best Trick material up his sleeve and he upped the ante when it counted. The trick? A perfect tailwhip Cash Roll – spinning 720 degrees while whipping the bike by the handlebar – over the ‘long and low’ jump. The trick was a banger all alone, while judges and fellow riders recognized that doing it on the new jump guaranteed him Best Trick in Texas. 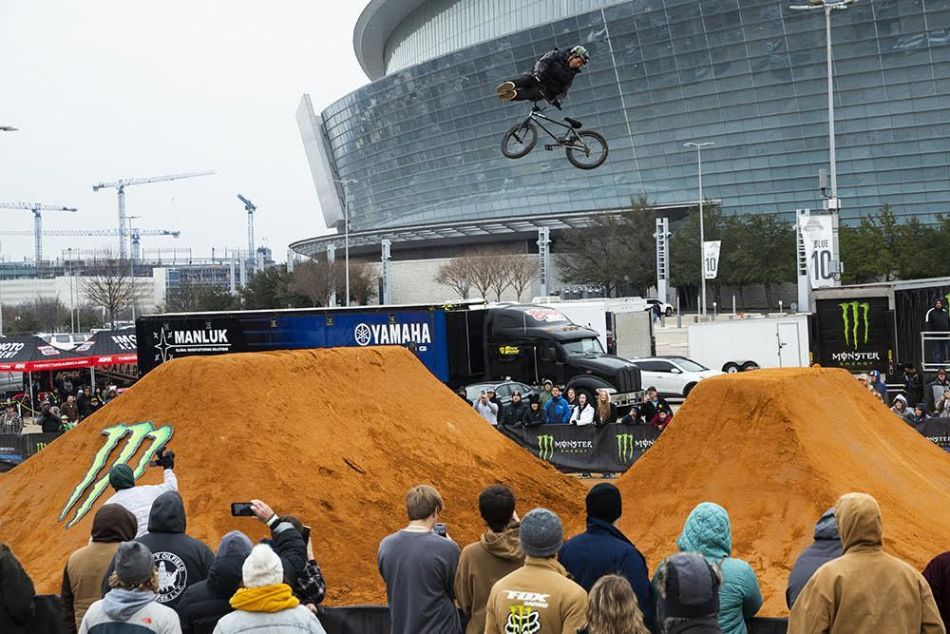 “This was probably the coldest one I ever rode my bike in,” said BMX Best Trick winner Casey, who also finished in seventh place in the BMX Dirt event.

Known as the creator of the legendary Dream Yard training facility, Casey counts among the pacesetters for the progression of freestyle BMX. Last summer, the decorated rider hosted the BMX portion of the 2021 X Games at Dream Yard and won his career-first X Games gold medal on his home turf.