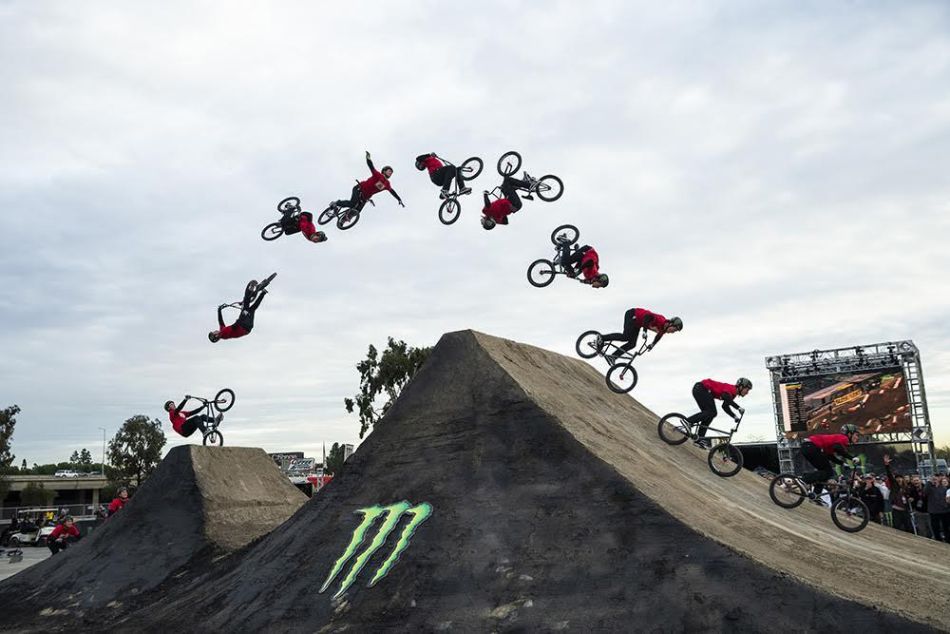 The greatest show in BMX dirt riding is officially back! Monster Energy congratulates team rider Andy Buckworth on winning the Best Trick event at the 2022 Monster Energy BMX Triple Challenge in Anaheim, California, on Saturday. In the series opener at Angel Stadium in Anaheim, the 31-year-old from Lake Haven, Australia, also took second place in the BMX Dirt competition. Buckworth was joined on the podium by a new addition to the Monster Energy roster: At age 27, Daniel Sandoval from Corona, California is known as the U.S. National Champion and he unleashed a barrage of 360 combos, with the culminating run consisting of a 360 barspin-to-downside whip-to-late barspin followed a 360 double whip-to-whip back for third place. 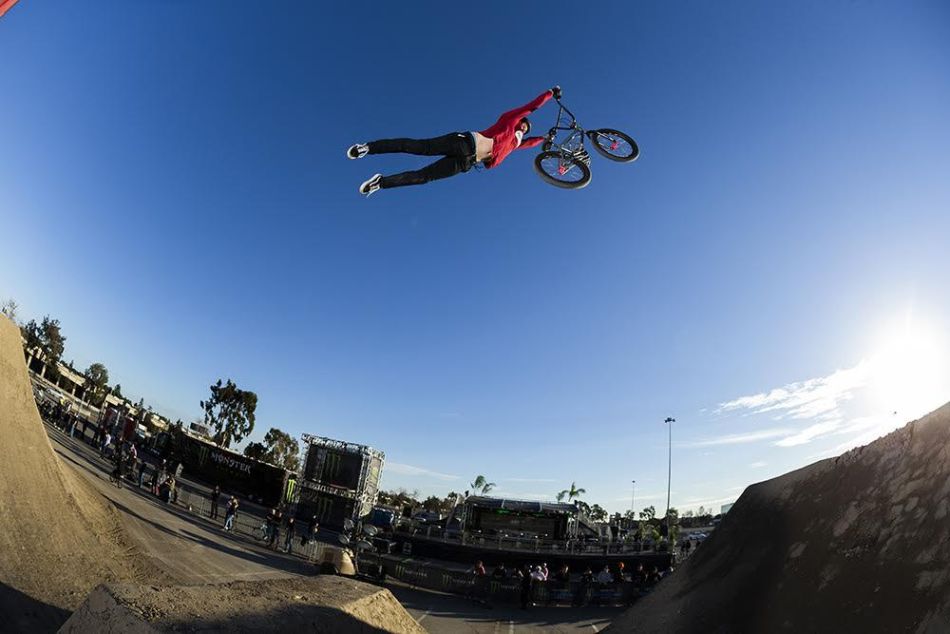 The Monster Energy BMX Triple Challenge is recognized as one of the most progressive showcases in freestyle BMX. Now in its sixth year, the open invite event is open to the elite of the sport as well as up-and-comers who are looking to make a name for themselves. After the coronavirus pandemic limited the BMX dirt contest series to only two stops in 2021, the contest is now back to its previous three-stop format. 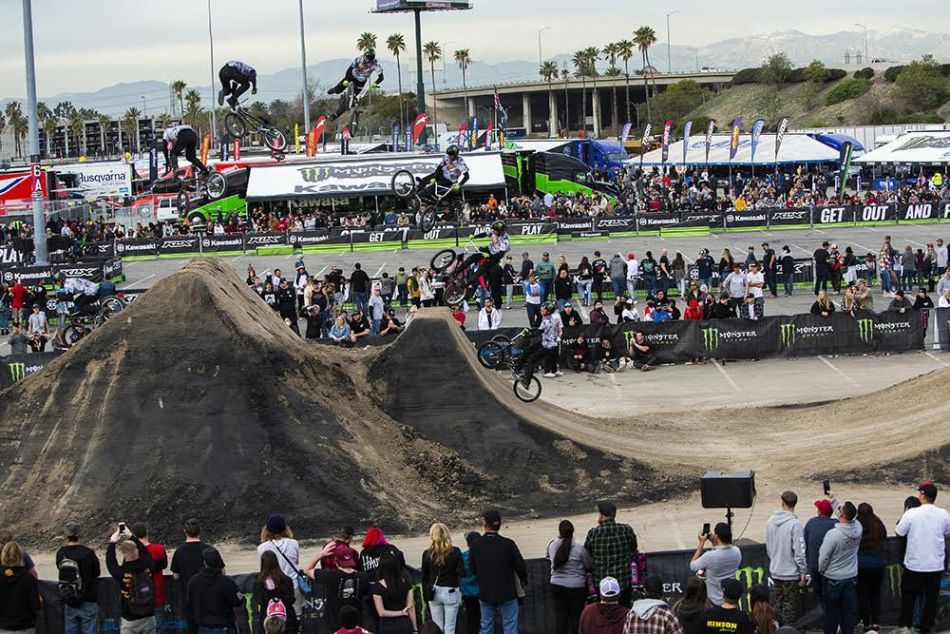 Kicking off the season, the Anaheim event welcomed riders with a massive course setup outside Angel Stadium. Riders dropped into a 30-foot roll-in ramp to hit two massive dirt jumps at 9-feet height over 25-foot gaps and an 8-foot quarter pipe.

The field included elite riders from across the globe. Riders hailed from the Netherlands as well as South America, including Monster Energy’s Leandro Moreira from Brazil and Jose Torres Gil from Argentina. Also, two riders from the USA Olympic team, namely Nick Bruce and Chelsea Wolfe.

The competition format consisted of three runs, best run counts—with the top 16 riders advancing to the last chance qualifier, where the top eight move onto the BMX Main Event. As high winds threw a wildcard into Friday’s practice session, the organizers moved qualifiers to Saturday morning, directly followed by the eight-rider finals. 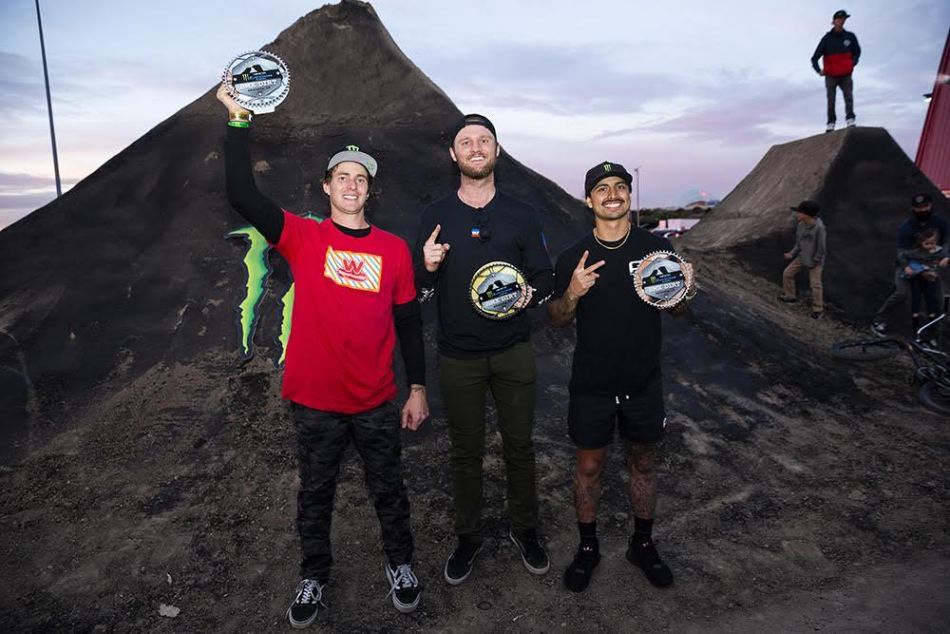 But let’s start with Monster Energy’s win in the Best Trick final! In the weekend’s highlight event, riders took turns throwing down their most creative moves over the tall jump. No stranger to getting creative under competitive pressure, Monster Energy’s Andy Buckworth dropped into the session with accolades like an X Games gold medal in Best Trick under his belt.

Cheered on by the high-energy crowd, Buckworth put down a mind-boggling trick that combined two insane moves into a double backflip variation: A turndown-to-no-hander double backflip! As the spectators collectively lost their mind, the judges had no choice but hand Buckworth the trophy for this face-melter of a combo! 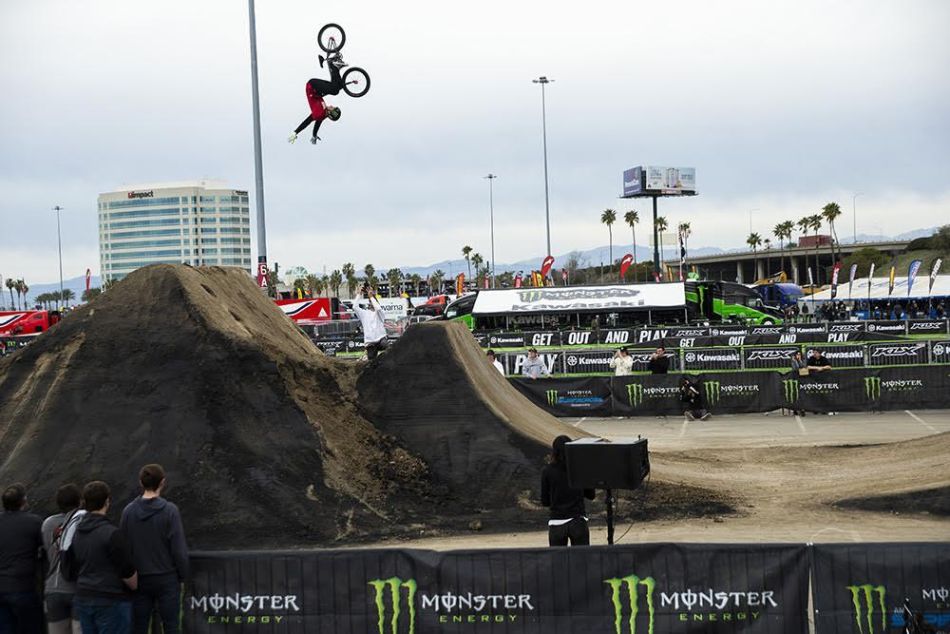 “I could have only dreamed of this trick a year ago I’m so stoked to get this done on dirt and stoked to take home Best Trick at the Monster Energy BMX Triple Challenge,” said Monster Energy’s Buckworth upon his Best Trick victory in Anaheim.

What’s more, Buckworth also clinched a podium spot in the ‘regular’ BMX Dirt competition. On Finals Day, the Australian ripper took on seven of the best riders on the circuit in one of the most epic finals in BMX Triple Challenge history.

In his first run of the final session, Buckworth stomped a perfect double backflip no-hander on the first hit, right into a perfect superman front flip on the second jump. As the competitive level went through the roof, Buckworth upped the ante in his second run 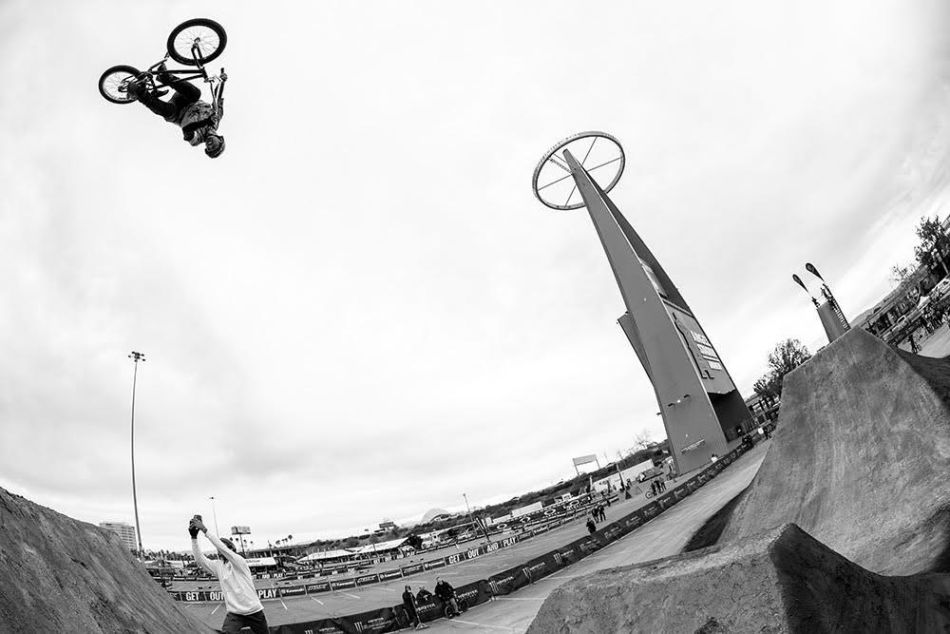 by adding a frontflip Indy on jump number two. When all was said and done, the Australian took second place closely behind Brian Fox in first place and ahead of Daniel Sandoval in third.

Saturday’s double podium finish starts Buckworth’s 2022 BMX contest season on a high note. In 2021, the Australian-turned-SoCal local won the BMX Dirt season opener in Houston, Texas, and took gold in Best Trick at X Games 2021. Known for his creative bag of tricks and double backflip variations, Buckworth is a staple on the Nitro Circus Live Tour and keeps bringing the stoke to stadium crowds worldwide. 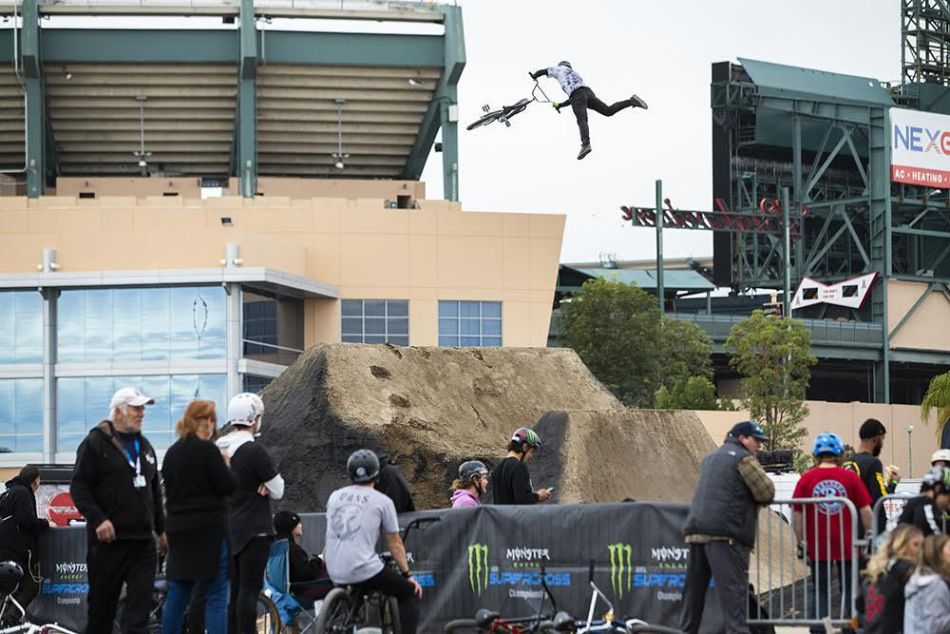 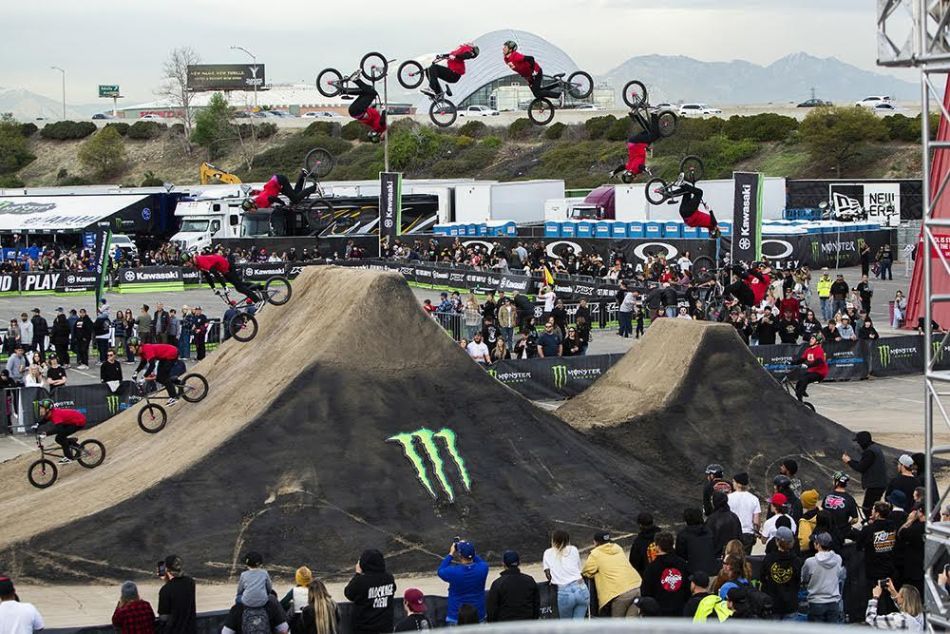