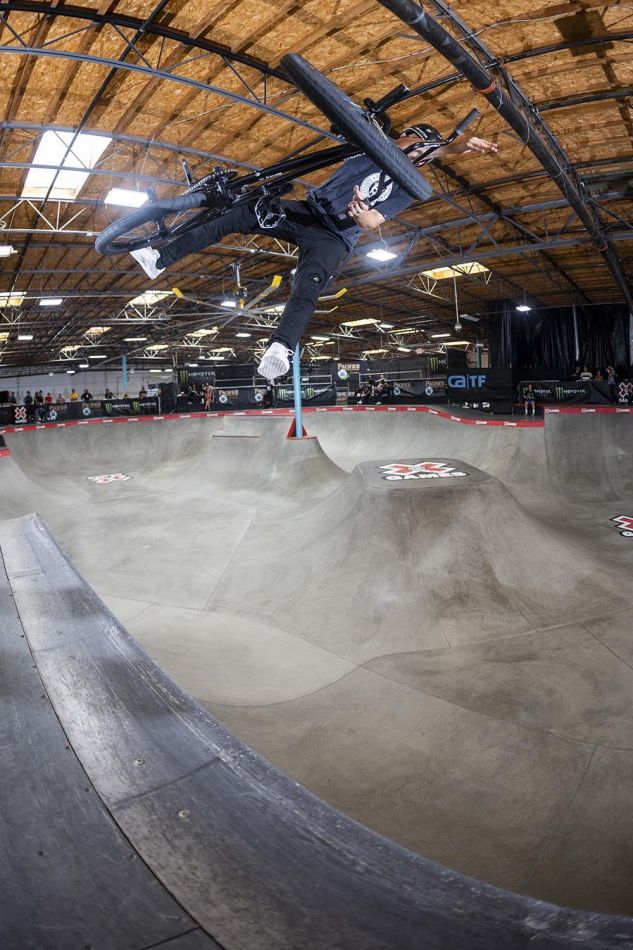 All BMX and skateboarding, all day! Monster Energy congratulates its team of BMX and skateboarding athletes on claiming medals in key events on the fourth day of X Games 2022 in Vista, California, on Saturday. In the world’s largest showcase for action sports, the team claimed five medals in one day, including a full podium sweep in the BMX Park Best Trick discipline. At the California Training Facility (CA|TF), Monster Energy’s Mike Varga claimed gold with teammate Kevin Peraza earning silver and Jeremy Malott walking away with bronze in Dave Mirra BMX Park Best Trick. In the elite BMX Park contest, Justin Dowell took home the silver medal.

By the end of the fourth day of X Games 2022, the Monster Energy team had claimed a total of fifteen medals (4 gold, 9 silver, 2 bronze) with one more day to go.

Presented by Monster Energy as the official energy drink partner of X Games, the 65th edition of X Games is contested with no spectators in attendance and broadcast live to global audiences. For five action-packed days, viewers from across the globe get to witness X Games history written by the world elite in BMX, Moto X, and Skateboarding. More than 110 athletes from 14 countries are competing for a total of 57 medals across 19 medal disciplines. 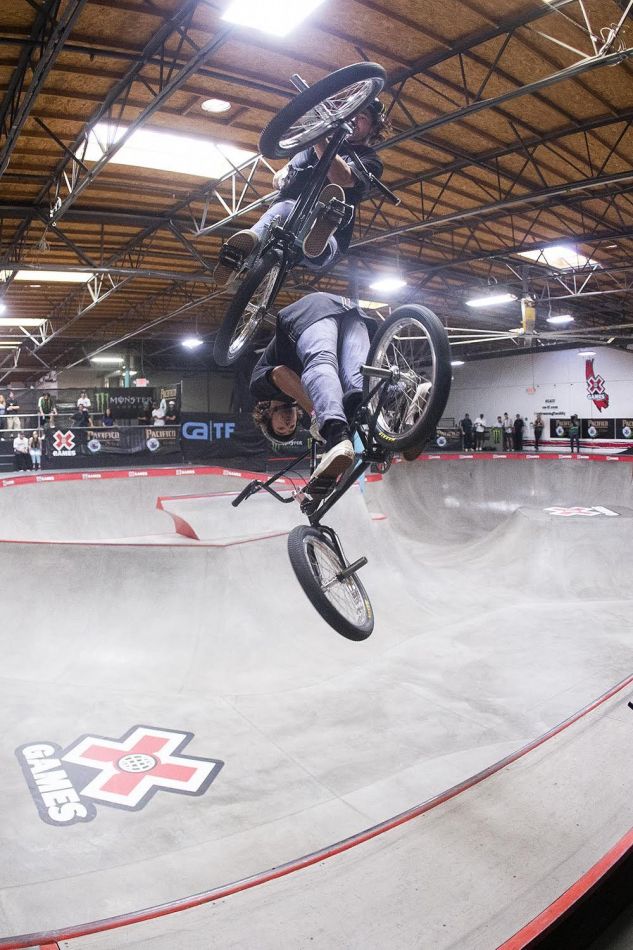 In Saturday’s BMX Park competition, ten of the world’s best BMXers took on the expansive concrete bowl course inside the California Training Facility (CA|TF). In a 36-minute session, winners were crowned based on trick difficulty, style, and coverage of the entire course. Countries represented included Australia, Argentina, Japan, Mexico, as well as the United States, and United Kingdom.

The world-class course challenged riders with a wide selection of banks, bowl corners, vertical extensions, and wallrides. The biggest tricks unfolded on the centerpiece jump as well as the tall vert sections, with plenty of room for creative lines in between. 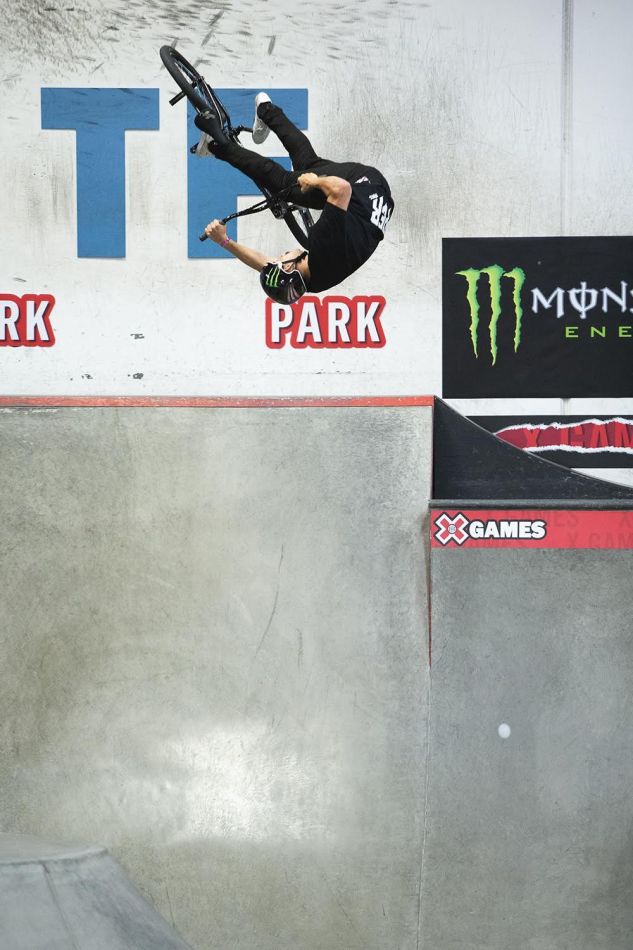 At the end of an explosive final session, 22-year-old Monster Energy team rider Justin Dowell from Virginia Beach held his own in the elite field to claim the silver medal. Dowell’s trick highlights included no-handed 360 over the centerpiece, 540 barspin-catch-barspin over the hip, triple truck driver over the center, tailwhip 360, massive lookback flair into the wallride, and tailwhip barspin for second place.

Progression was also the name of the game in Saturday’s final event at the California Training Facility (CA|TF): The Dave Mirra BMX Park Best Trick allows riders to go big and technical on any feature of the expansive Park course. 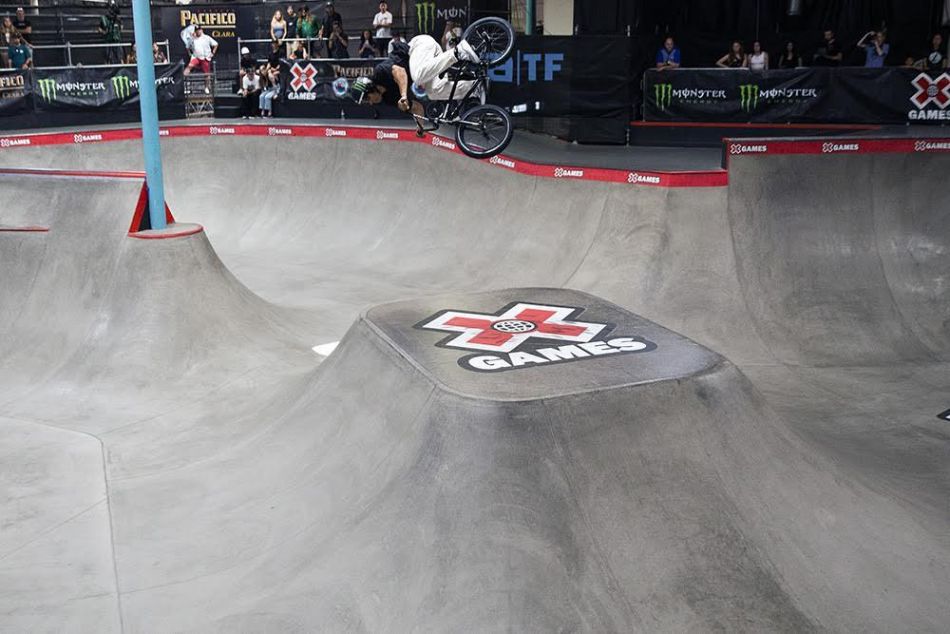 Stepping to the challenge, eight riders from six countries (Australia, Canada, Japan, Mexico, and United States) took on the course with their most unique trick creations. Massive tricks went down on vert corners, wallrides and extensions. But at the end of the 20-minute jam session, Monster Energy riders shut down the podium by claiming every single medal in the event.

As a force to be reconned with, Monster Energy’s Mike Varga stepped into the contest with a massive bag of tricks and the previous two BMX Park Best Trick gold medals to this name. Now the 25-year-old from Oshawa, Canada, was set on earning a threepeat: He found it on his very last attempt of the final with a huge 900 barspin-catch-barspin for the gold medal. 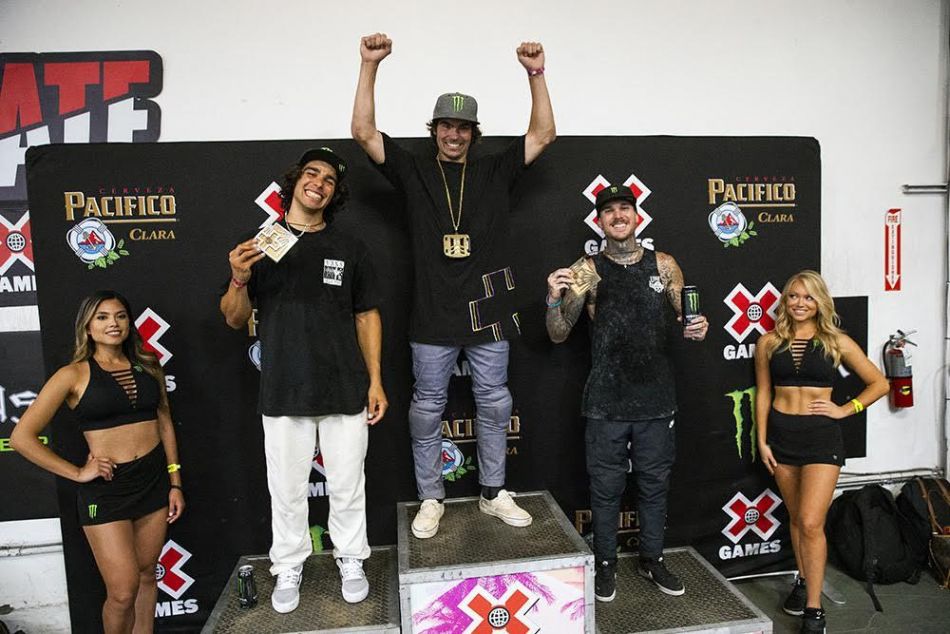 At X Games 2022, Varga made history as the first rider to claim three consecutive gold medals in BMX Park Best Trick. This marks the fourth X Games medal for Varga, who now owns three gold and one bronze.

Rounding out the podium sweep for team Monster Energy, 25-year-old Jeremy Malott from Lake Havasu, Arizona, came through to claim bronze with a technical 180 backflip onto the deck to backflip back into the bowl. Malott now owns two X Games medals after already claiming BMX Park bronze X Games 2021.