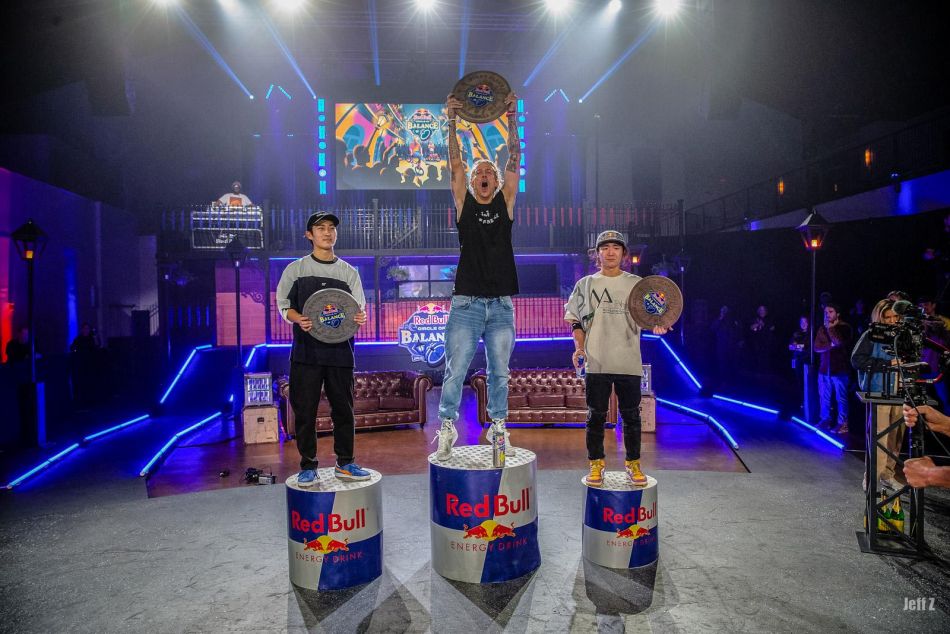 Best known as the ‘Super Bowl of Flatland BMX’, Red Bull Circle of Balance returned for the fifth iteration of the event after a 10-year hiatus. The global roster of athletes took their talents to the floor at New Orleans’ iconic Mardi Gras World; a venue as artistic and eclectic as the sport itself. Sixteen hand-selected athletes from nine countries went head-to-head in the bracket-style competition as viewers around the world tuned in live on Red Bull TV.

Flatland BMX is best described as break dancing on a bike. Athletes control their bikes with their bodies in a dance-like rhythm of spins and twists. Over 500 spectators lined the competition floor and surrounding stands as riders battled it out in one heated round after the next. 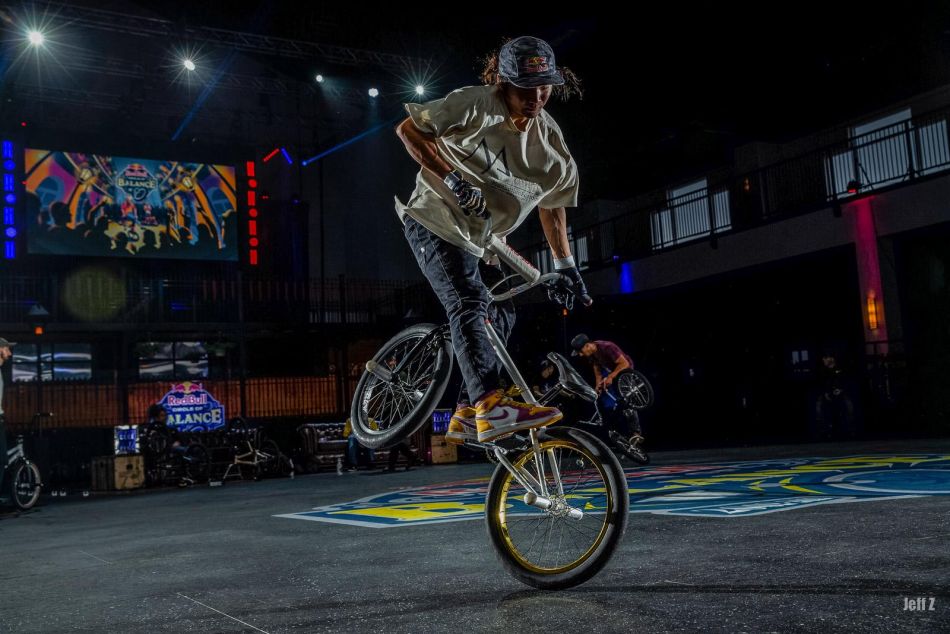 “Although Flatland BMX is a relatively small sport in the US, worldwide it has gathered a strong following,” said Louisiana native, Terry Adams. “Being able to share it with my home state is all I could’ve asked for."

The level of competition ramped up as the leaderboard dwindled down. Six former Flatland BMX champions judged the competition based on originality, difficulty, consistency, execution and style. At the completion of each battle, the panel identified the winner by holding up cards. The winning rider advanced to the next round. Judges included; 1997 World Champion Frank Lukas (Germany), three-time NORA Cup winner, Chad Degroot (USA), ESPN Invitational winner, Mike Steingräber (Germany), as well as Flatland phenoms Travis Collier (Canada), Kotaro Tanaka (Japan) and Alexis Desolneux (France). 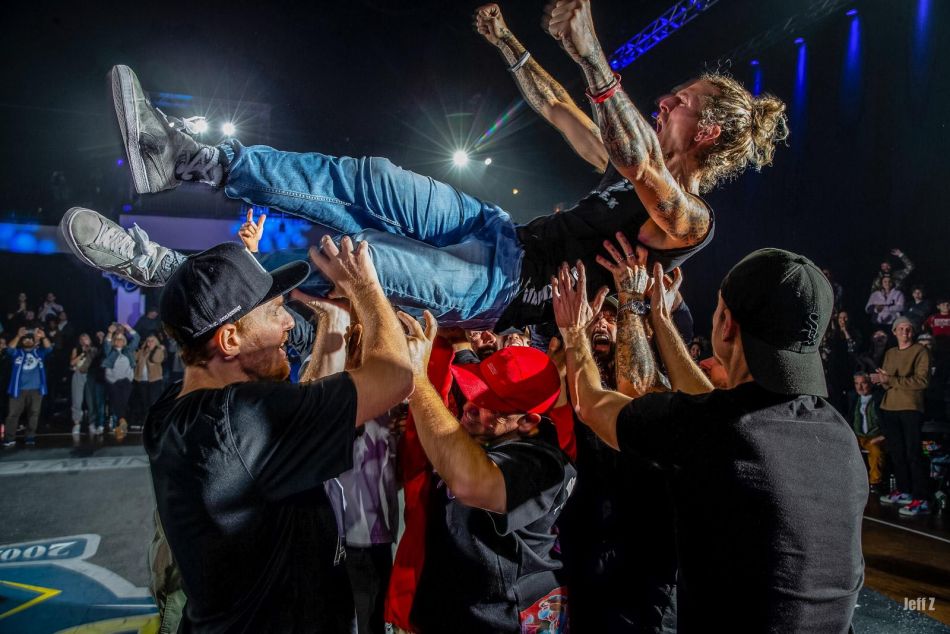 “Red Bull Circle of Balance has been key for Flatland riding development” said head judge Frank Lukas. “Tricks back at the first event that were considered difficult are now basic. The sport has progressed so much in the past 20 years,” he said.

The quarter finals pinned three-time NORA Cup winner and New Orleans hometown hero, Terry Adams against multi Flatland BMX World Champion Matthias Dandois. The capacity crowd broke out in cheers for both competitors in the back and forth exchange of athletic artistry. Dandois held the leading position at the one minute mark, and ultimately won the judges vote to advance to the semi-finals.

“We just wanted to put on a good show for the city of New Orleans. At the end of the day it’s a celebration of Flatland,” said Adams. 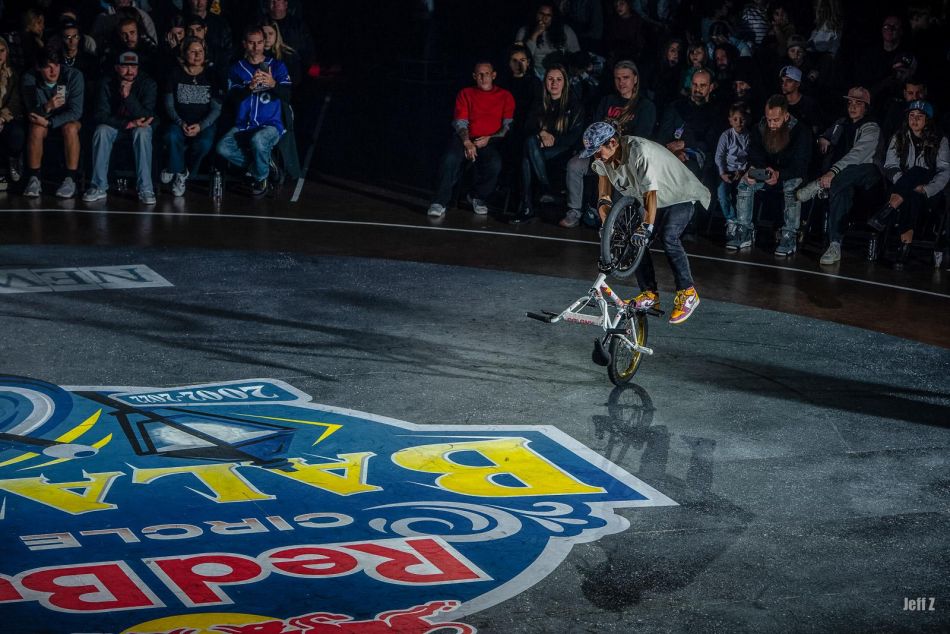 Canada’s Jean William Prevost and Japan native Yu Katagiri took their talents to the circle in the final battle. Prevost showcased power and speed as he utilized the full floor to take risks, while Katagiri demonstrated precision and agility at its best. Both riders entertained the in-person audience at Mardi Gras World and fans from around the world watching live on Red Bull TV. The energy of the room could be felt in the stands as the crowd performed “the wave” and eliminated athletes inched toward the competition floor. In the end, it was Jean William Prevost who was crowned champion at the fifth Red Bull Circle of Balance.

“I grew up watching Circle of Balance, and remember trying to fight my way to try and go. Being here and winning is truly incredible,” he said. “The odds were against me coming into the final, but I trusted in myself to get me through to the end.”

The fifth edition of Red Bull Circle of Balance was a proven testament to the growing popularity and attention-grabbing nature of the sport.