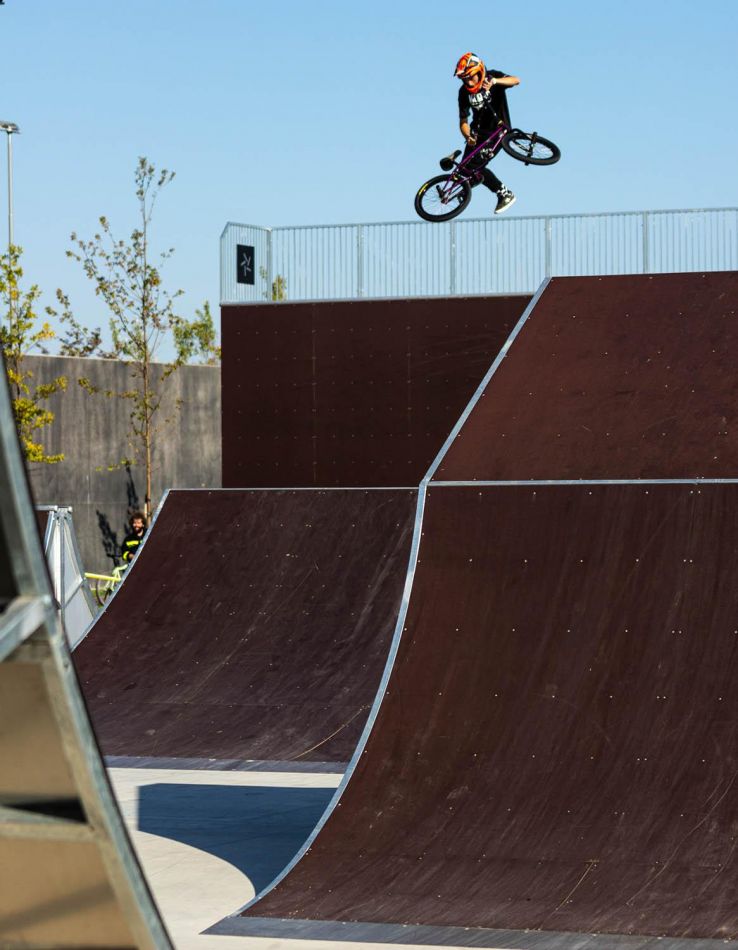 What would have been an undisputed star of the day is not there when I arrive to the park Alessandro Barbero, reigning national champion for the last three years will not compete due to an ankle injury sustained in practice. This shuffles the cards and gives to each athlete the opportunity to shake off the awe and give everything to aim for the title.

And what a battle it has been with Gabriele Pala, Emanuel Bettassa and Christian Falvo holding up the KOBRA BMX team flag, Francesco Mongillo returning from a serious ankle injury, Vittorio Galli from Milan, Ramon Francesconi and Lucas Vega from Genova and the local (and promoter of the idea that led to to this Olympic center) Elia Benetton.

In the qualifing (that count only for the starting order of the finals) almost everyone hold back the bangers for the final. Unfortunately Elia cannot keep his runs together after finishing first in the quali with some impressive lines and enormous flip transfer. Down in both his final runs he’ll have to wait a full year for another shot for the title. The scores are very close despite very different styles: Christian Falvo with the highest airs, Gabriele Pala with the technical combos, Emanuel Bettassa with his unique flow and style and Mongillo with an impressive trick variety. 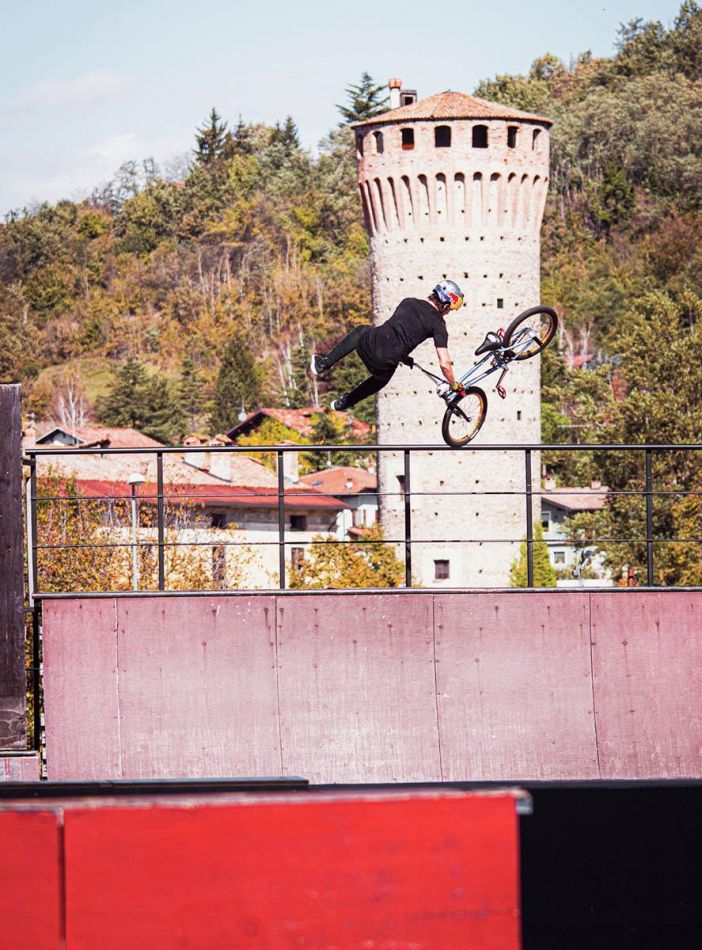 Finally I have been at the ZooPark! I've travelled with VFL towards Priero to attend the C1 that Alessandro and the Italian federation organized in the park which he built near his house. I expected to have an epic day with Daniel Dhers, Daniel Wedemeijer, Nikita Ducarroz and all the athletes from our national team.

We crossed all of northern Italy, passing through Voghera to retrieve Patrick (@patriziodeturana), the best speaker in the game, up and down the hills of Barolo without even being able to taste at least a glass, pushing to start our working weekend. Unfortunately we also drove through villages severely affected by the previous day's flooding, a torment to see.

Arrived for dinner we joined the national team for a quick pizza in front of their hotel. In the team there were two newcomers, the guys who participated in the Italian championship a few weeks ago, Lucas Vega and Christian Ceresato. Unfortunately a lot of the other guys are missing due to ongoing injury.

We not stayed up late, just a couple of extra beers at the end of the dinner and straight to our rooms, Ale booked us two rooms in the hotel next to his house, so we were close by. We woke up fresh and rested