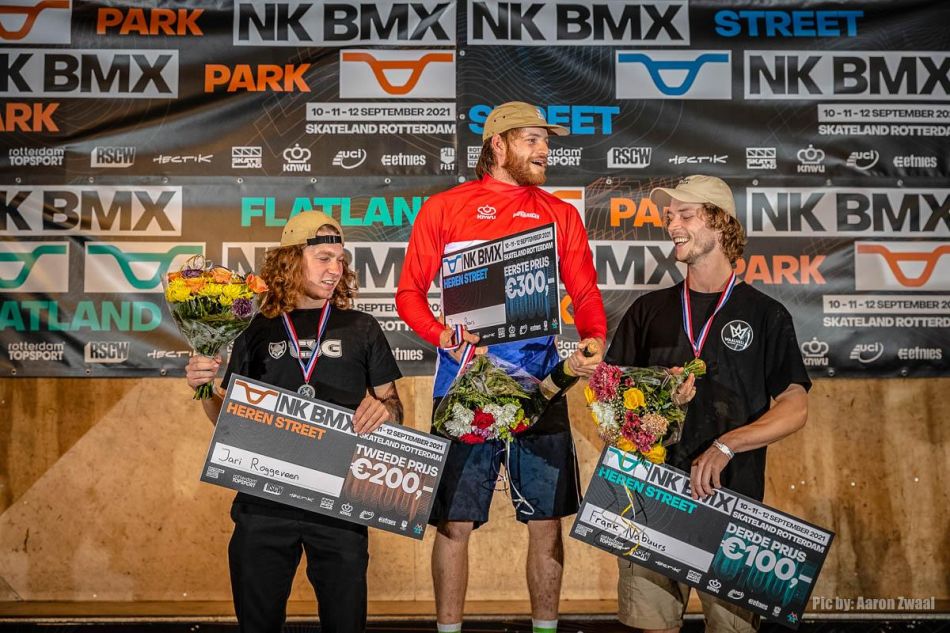 After last year's success the Dutch BMX Street championships took place at Skateland Rotterdam this past Saturday. Unfortunately 2020 Street Champion Joeri Veul has had to quit riding BMX but it was great to have him present to hand out the Red White and Blue jerseys, checks, flowers, champagne and goodies to the winners. 25 riders had signed up for BMX Street. 12 would make it to the final. Among the finalists was Park rider Jari Roggeveen who made the switch to Street for the day and was hitting the street section of Skateland Rotterdam at full speed making sure he landed to flat and hit the rail as well. Jari ended up in 2nd with a score of 77,00 points, one point more than Frank 'Powerbank' Nabuurs (3rd) and 0,33 of a point behind madman Janos Baars who started off his 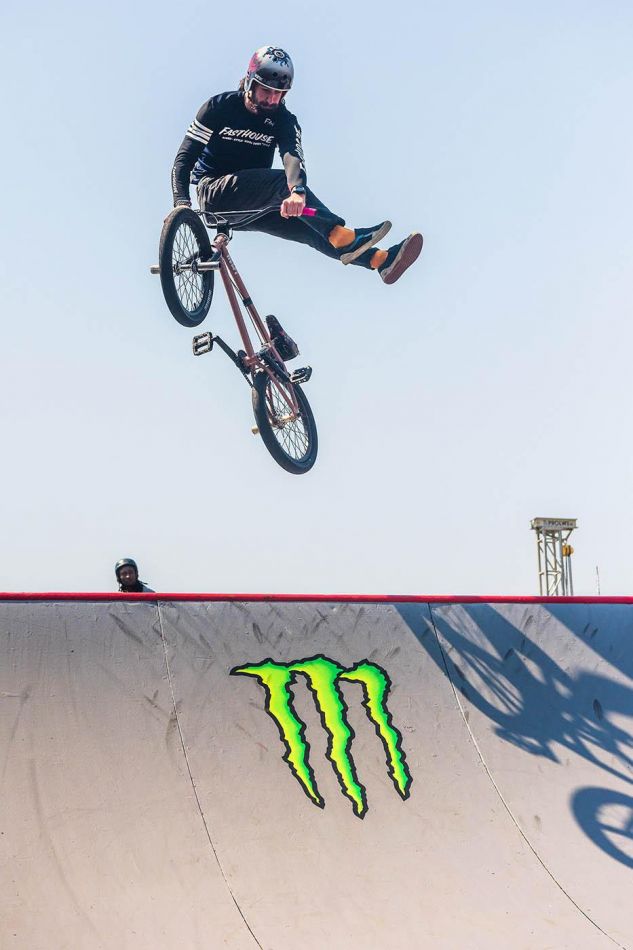 Action Sports returned to Sun City as South Africa’s top BMX and Skate athletes battled it out at the 2021 ULT.X African Championships powered by Suzuki. The world-class park setup, with both park and street style obstacles, made for an exciting weekend of closely fought contests. In the BMX Finals it was Murray Loubser who came out on top claiming victory. Although riding with an injured knee Loubser chose to ride the full course with flow and concentrate on the tricks he knew he’d land, the approach paid off scoring 78.51. Even with the injury his run was stacked with tricks like the Switch 360 Lookback, Barspin to Wallride, Double Truckdriver on the park side of the course, and on the street side of the course a Switch Snaggletooth down the handrail, Crank on Grind to Barspin, and Tooth Hard 180.

Malcolm Peters, knowing Loubser had the street style tricks on lock, concentrated on throwing his biggest trick in the park section of the course. Flip and Flair variations where the order of the day and his Backflip Turndown, Backflip Tailwhip and Flair Table slotted him into 2nd with a score of 73.08.

An always consistent and technical Francois Bodenstein rounded out the podium in 3rd place with a score of 71.41. Sticking to his gameplan his run included a 720, 360 Tailwhip, Backflip, Alleyoop 540, and 270 Tailwhip to name a few.

Always a podium contender, Vincent Leygonie couldn’t put it together in the final and had to settle 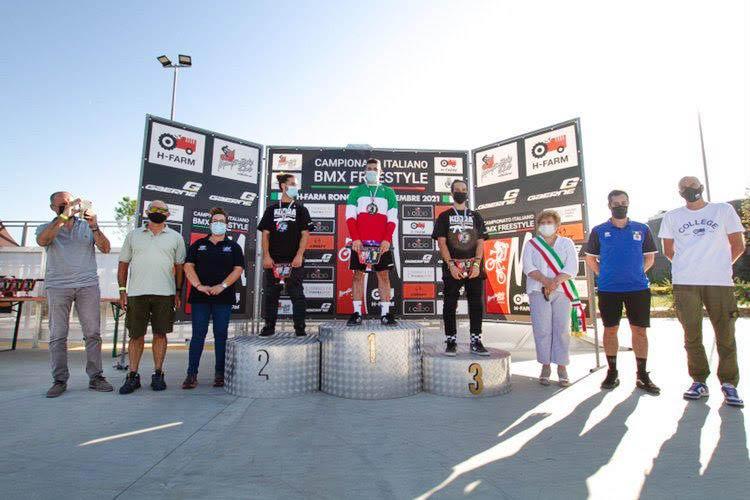 2021 Lord of the Lake. Friedrichshafen, Germany by Freedom BMX 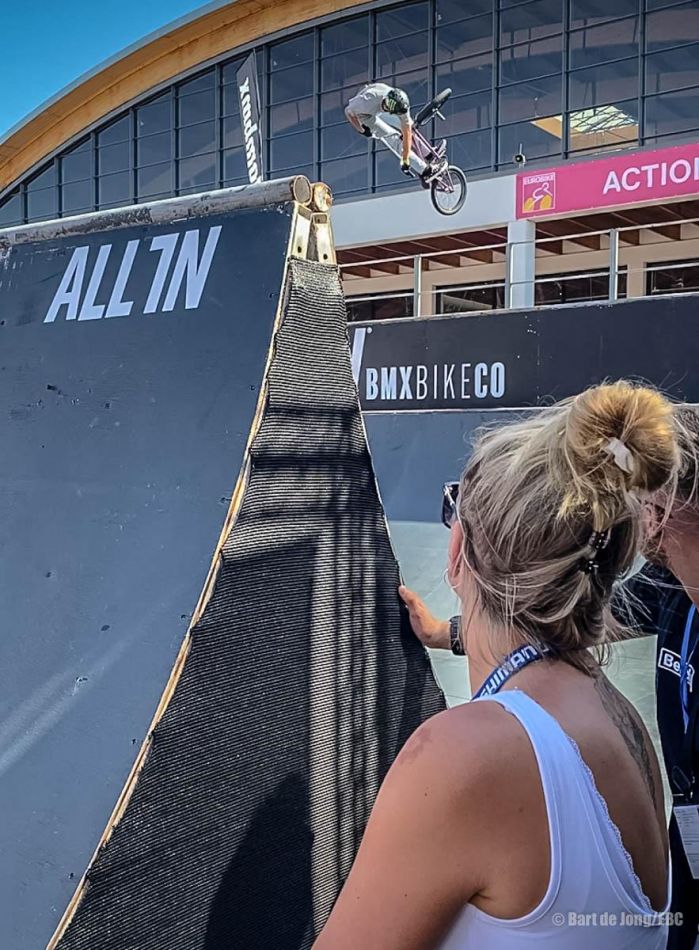 The 2021 Eurobike bicycle trade show also had to deal with the corona virus. The show was smaller than usual but with two BMX shows doing several demos per day it sure gave us a good reason to drive down to the Lake of Konstanz in the very south of Germany. The flatland demos were done by the Deep BMX crew and included the 2019 UCI Flatland World Champion Dom Nekolny as well as Martin Drazil. On the Braun the sessions were heating up with a bunch of solid riders including Tom van den Bogaard, Evan Brandes, Tobias Freigang, Dean Florian, Sikharin Supanmart, Jan Mihaly, Timo Schulze and Paul Thölen.

With fitting music and a good MC, the people who took a break on checking out the 2022 bicycles got to see the latest in BMX tricks. The Braun Spine Mini proved its value and offered a challenging ramp for spine tricks and the extension was there for the daredevils to step it up. With two days of sunshine and perfect weather for good miniramp sessions the crowd was treated with flair whips (Schulze), triple barspin 540's (Sikharin), whip to footjam whip to footjam whip (Florian), double downside whips (Tom) and brakeless barspin tailtaps on the extension to fakie by Paul Thoelen. Shows like these where riders naturally get pushed to 'one-up' each other can explode pretty quickly. Doing improvised runs together on the spine mini at the same time did the job for the Eurobike public. Good stuff people, good stuff. 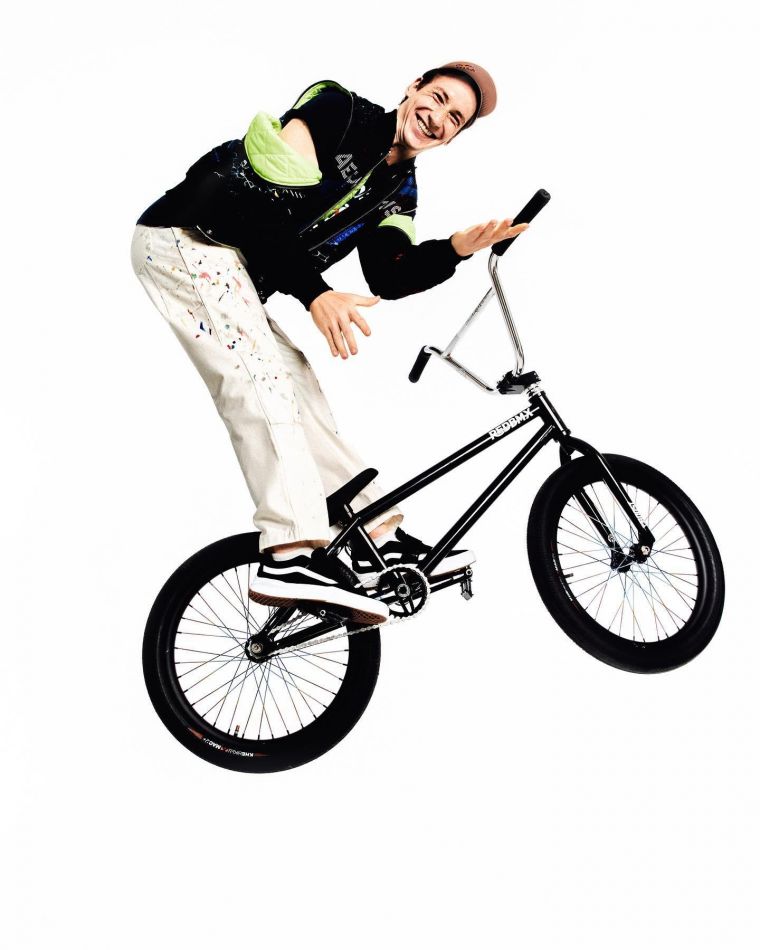 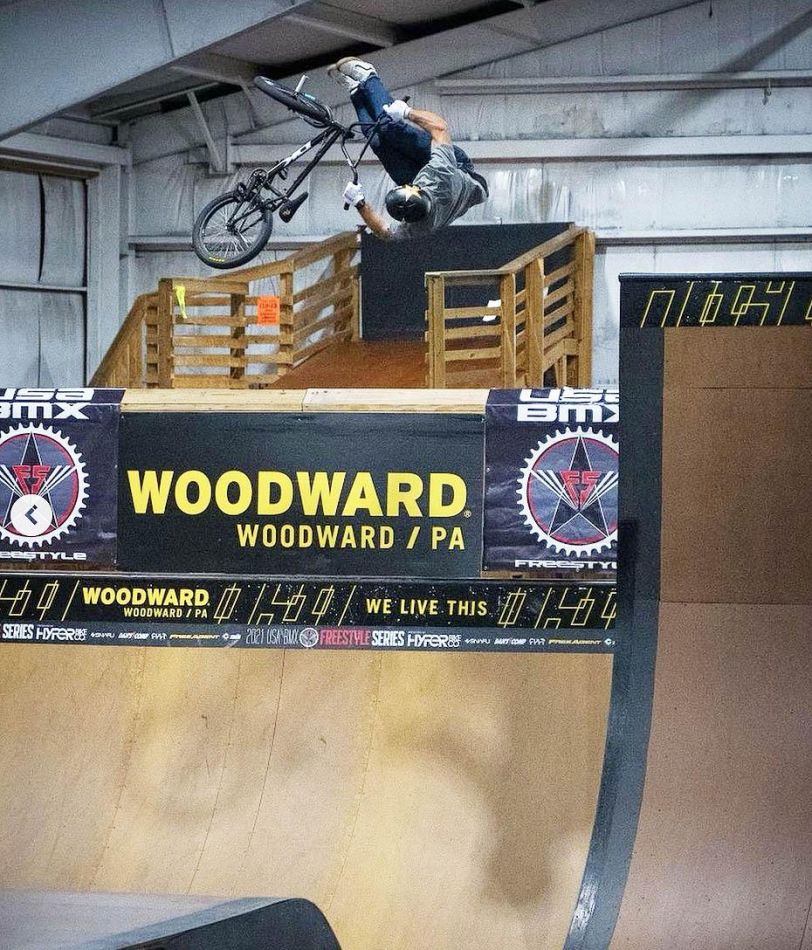 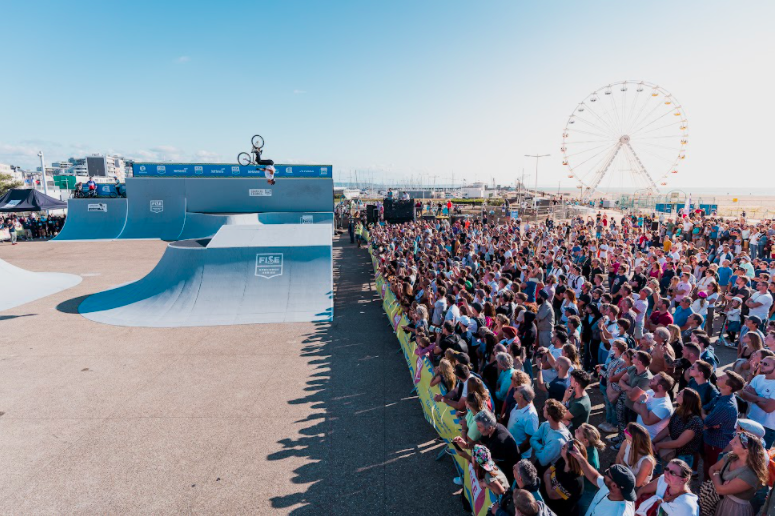 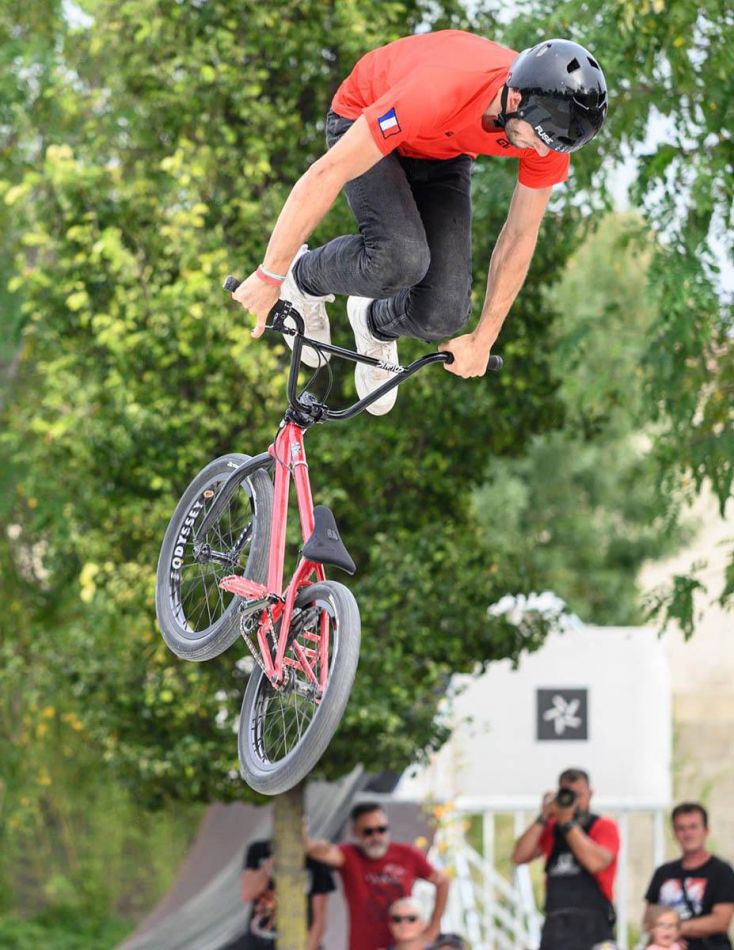 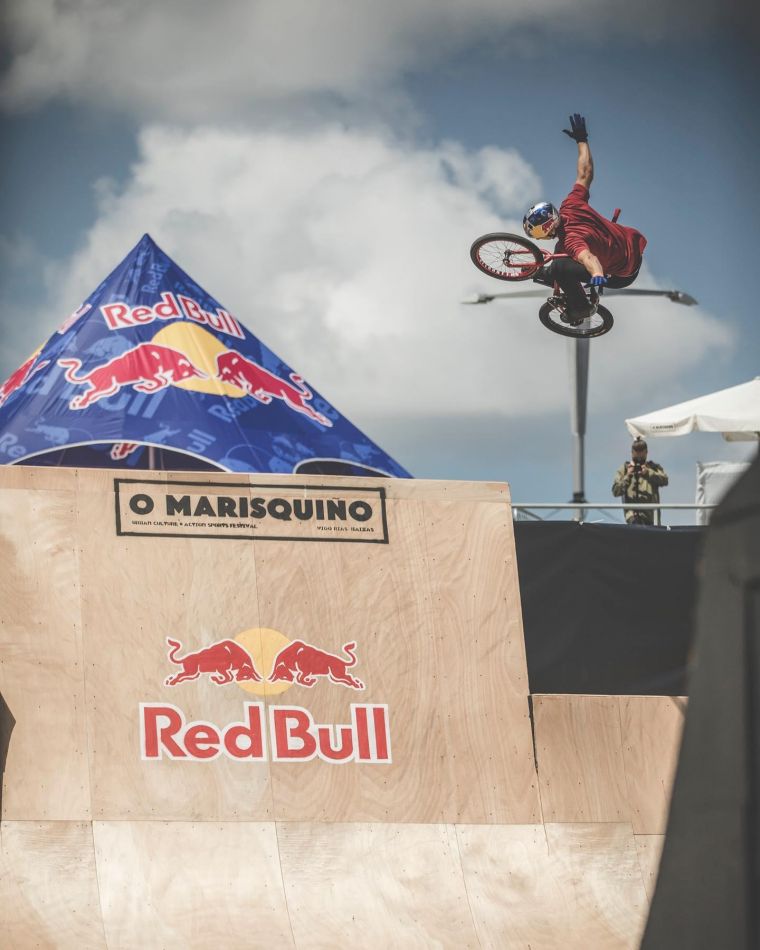 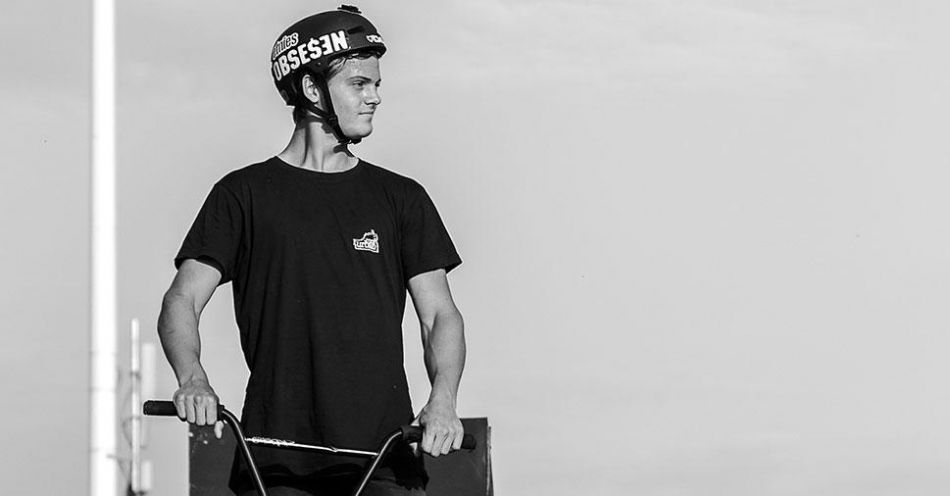