Written by  Bart de Jong
Read 9582 times
- Congrats to HARO UK rider Ben Hennon on his third place finish at the Backyard jam in the UK. Ben almost ran away with the best trick check by pulling a truck driver to tailwhip. That's a 360, a barspin and a tailwhip all in one.

- HARO's Chad DeGroot had a fun event (Baco-a-go-go Jam) going on at his Mesh Skatepark in Florida. If you really want to know what was going on, check the photos on: www.meshskatepark.com 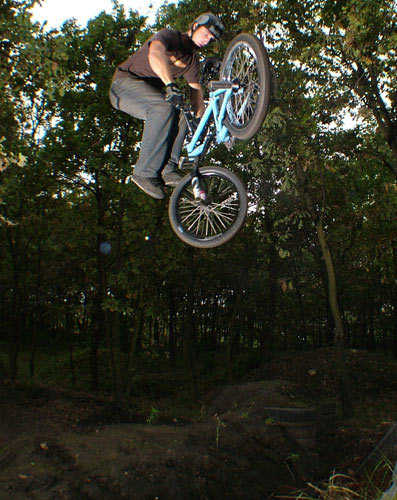 - Haro Europe’s Ben Shenker (Hungary) crashed on a tailwhip over a spine, landing in a scorpion slide. He ended up with some stitches in his chin, but all is good now and he has another place on his face where he doesn't have to shave.

- The folks at HARO in the UK have built a website. You can find it at: www.harobikes.co.uk. It was created and built in-house.

- Ryan Nyquist has been busy working at his new warehouse called The Unit. It's actually full of ramps and once ready, Ryan isn't travelling anywhere. Well, that might not be true but when the building team of Nate Wessel and Ryan Corrigan (+ the locals) are finished with the ramps, it will be hard to leave town. 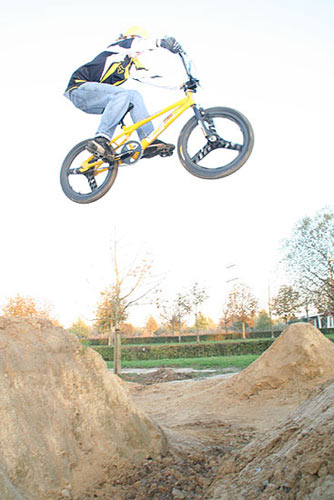 - A new Dirt-jump spot called the Helm Trails was opened in Helmond, The Netherlands. Some kids showed up with HARO complete bikes straight out of the shop. Here's a photo of MX talent Steven v.d. Pol jumping his yellow HARO with mag wheels over a big set.

- Ben Shenker has not been sitting still. Here's a report from the Hungarian member of the European HARO freestyle team for the months of September and October:

OK, first weekend of Sept. was the Offline Sport Games 6 in Budapest, biggest "extreme" (I hate this word) event in the year here. Came 1st and did an awesome show with Tobi Wicke. Next 2 weekends there were 2 mini-ramp jams in, there was a bunnyhop comp at one of them. It was super fun, I jumped approximately 41 inches. The same day we found a full-pipe too, the first one I've seen in Hungary.

There were 3 small comps/jams too in October all in Hungary. One of them being in Debrecen, which has the best park in the country. I saw a kid try a flair there and brake his helmet in the process, smashing his head on the side of the lip. He was ok though. I pulled a flip with a flat tyre.

I was in Berlin on the first weekend of October, to visit Tobias Wicke and ride with him. Of course it was a blast, but 3 days is just not enough. Saw the Berlin City Games final as well. Otherwise, on weekdays I'm back at University, studying physiotherapy. I like it a lot and it's really interesting. The downer is that I have less time to ride, but strangely enough my riding is better this way. I think I use the time I have to ride better. I ride mostly the indoor park in Budapest with the foam pit and mini. I learnt front flips into the foam, but I have no clue what's going on, so I need some time to get safe with it and do it somewhere. Unfortunately I haven't got time at the moment to continue my trails, there's already thick grass on the landings.

Hopefully there's going to be a new park opening in a couple weeks, but I heard the ramps they're gonna use are shit. We'll see. There was supposed to be a comp in Moscow last weekend. Senad, Tobias and me would have been going, but the organisers disappeared. Too much vodka maybe? Bummer, it would have been a good opportunity to see Moscow. I just talked to RedBull, all is ok for next year. I'm gonna help them out with some bmx events too.

-Stefan Geisler has booked for a serious training session in December. The German HARO rider will go to Woodward West for 2 weeks and will spend one week riding vert at the ramps of Woodward East. USA here I come. 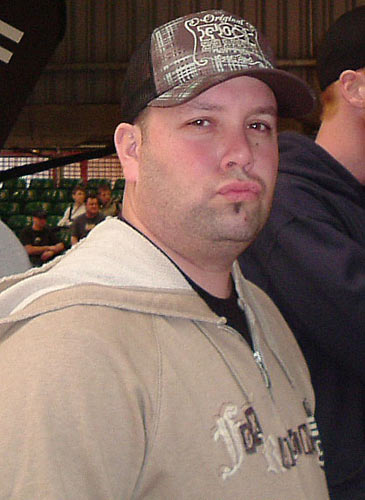 - Congrats to Tony D and his wife on the birth of their first baby boy.

- Anthony Pill (HARO Europe), Ben Hennon (HARO UK) and Ben Manuel (HARO UK) are at Woodward West for the biggest part of the month November. Both Ben's are going to Dubai for demos as soon as they are done in Woodward.

- Ben Manuel got 8th place at the Dickies contest in Marseille. He was the only not French speaking rider in the Finals.

- Anthony Pill (HARO Europe) has started an underwear and sock company called Dark Matter. There are some people out there that need that hook-up.

- Haro's Senad Grosic (Austria) is serving time in the army now. It's still mandatory in Austria and although Senad tried to skip his duty, he is now part of the green army. He's lucky to be in the Sports Division now so that means he has time to ride, travel and party (that's what he said....) 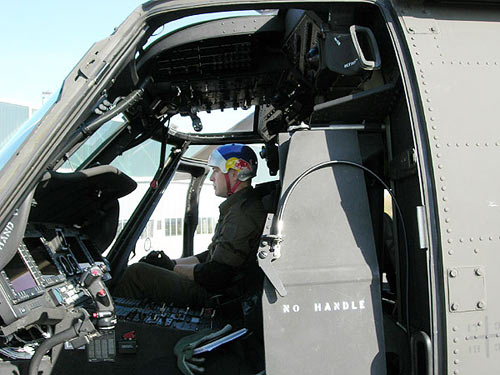 - News from Senad Grosic: “All is well here in the army, but very strict. I can ride my bike though and do everything. Last week I became a Freeman of my town, how fun. I was the only at the ceremony with no sleeves. Cool. Last week I did a show at my base in front of 100000000 people (exaggerated of course) but they were many. I had a photoshoot with a helicopter (Blackhawk), cool feeling. Gotta go to a metal concert now. Later.”

- Cycling Australia and BMX Australia announced the eleven cyclists selected as members of the inaugural BMX High Performance Program. Among them are HARO BMX racers Warwick Stevenson and Jamie Grey. "This is an Australian Sports Commission funded program with the primary aim of providing the best possible training and competition opportunities for athletes to help them deliver medal winning performances at the Olympic Games in 2008 and 2012," said  Graham Fredericks, CEO of Cycling Australia. "In other years the athletes will focus on World Championships competition.”

- Chad DeGroot went over to the Red Bull Backyard Build-off. 3 teams of ramp builders turned the Failure compound into an amazing ramp park in three days and riders were invited to judge the ramps, where the ramp builders judged the riding. Haro/Red Bull rider Chad got 10th.

- The ABA Fall-nationals were the last chance for Warwick Stevenson (Australia) to gain some points on series leader Bubba Harris. Things did not go necessarily as planned as Warwick finished second behind Bubba on day one, and was at home the next day because his house had been visited (broken into) during his absence. Warwick had some police reports to take care of on Sunday. HARO's Chad Roberts finished 8th on day two in Vet pro. We wish Warwick and all HARO riders all the luck at the ABA Grands later on this month.

- Mike Mancuso (USA) flew over to Manchester, England for the LG Action Sports final and rode his Mirra Pro to 18th place with some big flairs. An injury held the American back a bit.

More in this category: « Ben Snowden interview THE WEEK END WARRIORS IS COMING »
back to top